Cavalock and The Wedgwood Wonderment

The strangest thing happened a fortnight ago when I found something I thought was lost forever since the last millennia. There I was cleaning my Dad's apartment, digging out my cupboards, throwing out CDs and stuffed behind a stack of comic books was this lumpy-shaped package wrapped in old paper. It was smaller than a shoebox and as I lifted it out of the cupboard, I instinctively knew what it was. 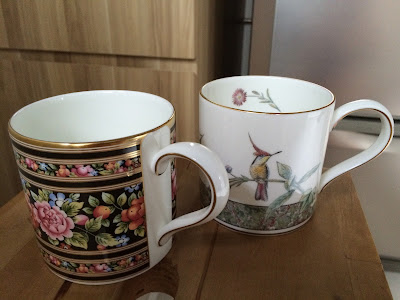 Two bone china Wedgwood cups that I bought at Heathrow Airport during my first overseas assignment a lifetime ago. A little gift for my parents but my Mom wanted to give one to my Aunt who is like the matriarch in the old family home. After that I didn't really pay much attention to what happened to the cups nor who exactly did they ended up with although I do know my folks didn't use them. 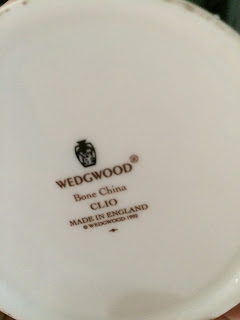 Over the years, it did cross my mind as to their whereabouts but I never really made any effort to find them. I asked my Mom once but all she said was it was somewhere in one of the houses. No point asking my Dad as he doesn't really care about such things.

Well, it was certainly a pleasant surprise that I uncovered them after all this time. I have not yet decided what to do with them. I suppose only time will tell.

So I was reading about the current topic of the day 'Privilege' specifically this article about comedian Leaa Dunham, her privileged background and how her folks helped launch her career. First let me just say that I'm not a huge fan of Dunham and it was me looking for stories about 'Privilege" that led me to it. While I do agree on certain aspects of the 'privilege' debate concerning race and gender in general, I have to disagree on a couple of points in that particular article regarding Dunham's parents giving her a leg-up in her career. Rich or poor, what parent wouldn't provide the best for his or her child? I see absolutely nothing wrong with that. You call it "privilege", I call it "parental instinct". There is so much more I want to say but it's a touchy subject so maybe I should just keep quiet.