My friend's ice-cream joint Creamier has finally opened! I have been looking forward to this for a long time now.  Lots of exciting flavors, from the expected like good ol' vanilla to the unexpected like Ginger Masala! And it's made in the shop too so well, you can't get fresher than that. 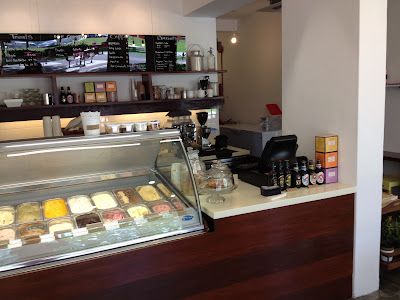 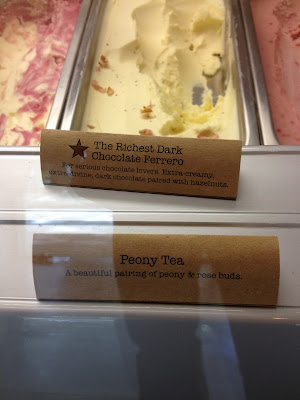 Naturally I tried little wooden stick spoons of every single flavor in the shop. The flavors are all very rich and strong. And I finally decided to settle for a cup of Ginger Masala. It was something I wasn't prepared for when I first tasted it. There's a strong ginger taste initially but the creamy ice cream kinda takes over but there's still the tiny little bits of ginger that give you spicy kick. Definitely my new favorite! <^;^> 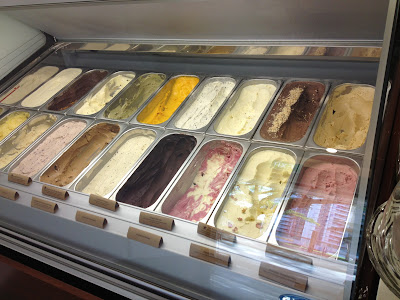 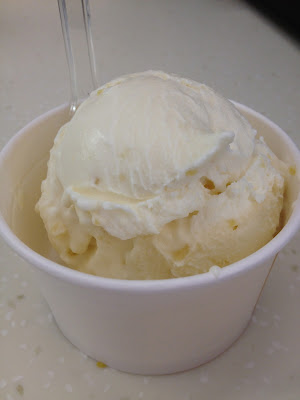 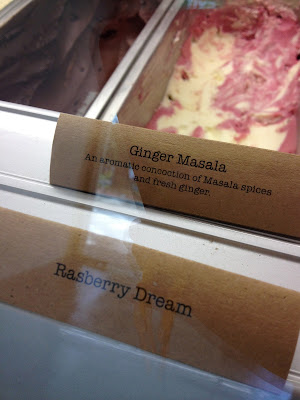 Although the shop's new, my friend has been making ice-cream for a few months now. She did weddings and even an F1 party in September. It's a really cosy little shop and they got beer from Japan too. 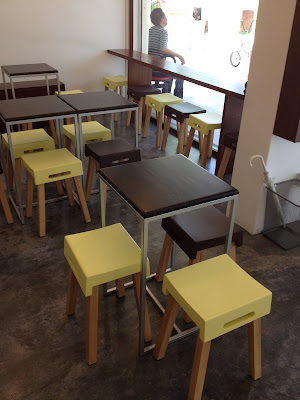 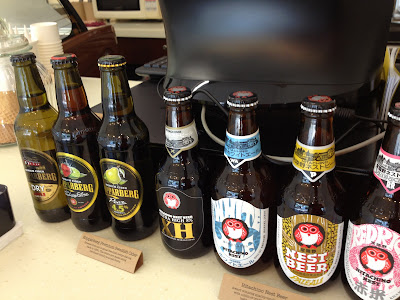 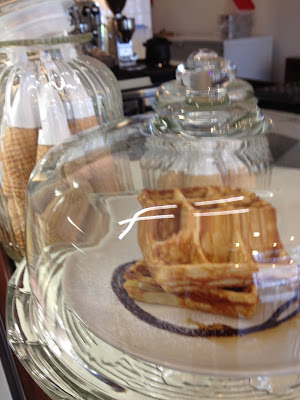 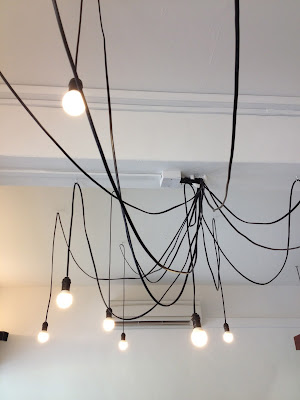 This Saturday 19th November is their official opening and they'll be having a 20% off storewide, just for that day. Unfortunately I won't be able to make it for the event and as to why I can't make, well, hopefully my next post ought to be able to explain why.

Oh, but check out my Twitter, I hope to be able update it on what's coming up! 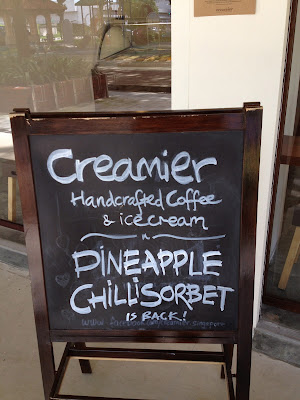 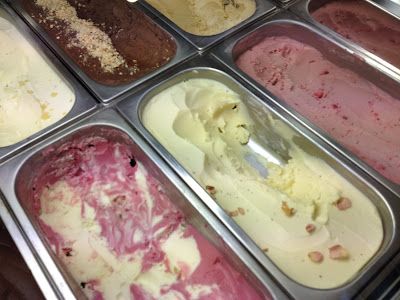 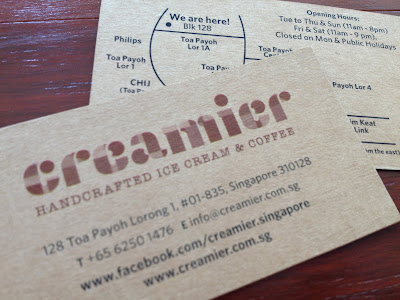 Cavalock and The Photo Collage Experiment


Hey, my first photo collage! Downloaded the free app from the App Store to my MacBook Pro and here are some highlight pix from this week, all snapped by my new iPhone 4S 8 megapixel camera. It's called Collage Creator Lite and I think it turned out pretty good. Yummy food, a new watch, latest TV shows on the iPad and a meeting with legendary Green Lantern artist Joe Staton. What a week! 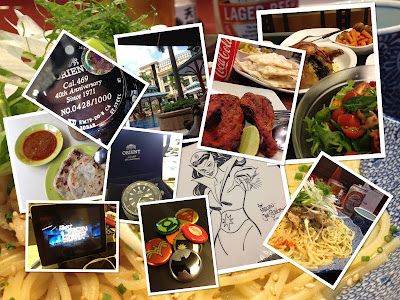 Cavalock and The iPhone Inevitability

I guess it's no surprise that I bought the new iPhone 4S. There are already 6 working Apple products in my apartment right now including a new MacBook Pro I bought just 2 months ago. Also I have on more than one occasion gushed over them like here and here. Anyway it was almost 2 years after I got the iPhone 3GS and my teleco contract was up so like I said, no surprise here. 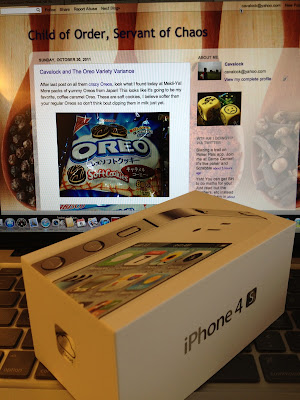 Naturally I took as many food pix as I can remember, after I have placed my order or stumbling upon a new joint, like this one at 313 Somerset at Orchard, Yomenya Goemon. It's apparently the 2nd largest food chain in Japan with 2,500 outlets. They are new here and are tucked in the little corner on the ground floor. Their local website does have all the info/menu you need right there. 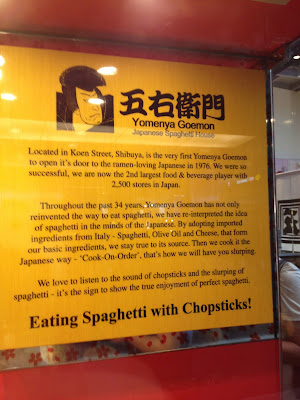 Well, like the sign says it's Japanese spaghetti and you eat it with chopsticks. I ordered the spaghetti with sesame sauce and shabu shabu pork slices. I got a weak spot for shabu shabu and this dish came up spades. The sesame sauce is pretty rich, which naturally means the shabu shabu slices are just so full of the flavor. 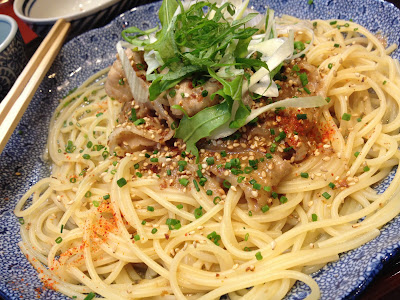 What else did I snap with my iPhone camera? We got corn beef sandwich at Seah Street Deli, stingray and mussels rice set at Lavender Food Court, Toffee Nut Latte from Starbucks and finally a look at things to come from Mos Burger and Marvel Comics! Anybody else collecting them? 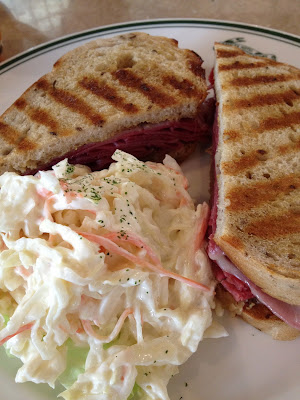 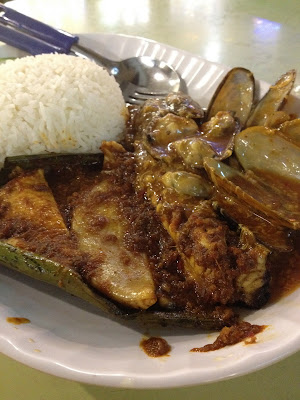 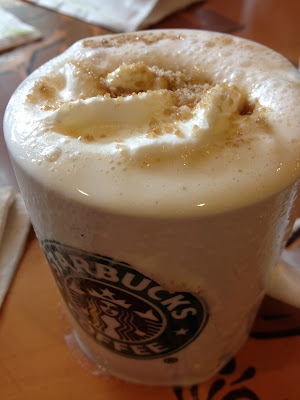 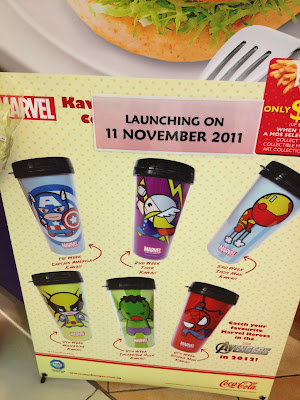 Posted by Cavalock at 6:16 pm No comments: