Cavalock and His Amazing Day Off 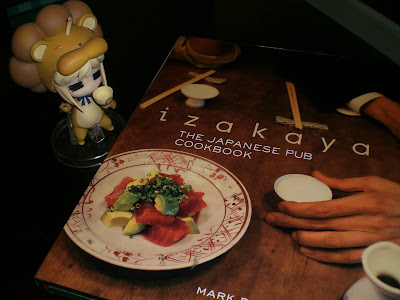 Started my day off with a quick early morning online search for scrambled eggs recipes. Decided to wipe some up but didn't really have much stuff in the kitchen to add to it so ended up with a pretty plain version (with a pinch of chicken salt), and some cereal and coffee (with Bailey's of cos) to complete that morning breakfast of champions for one. 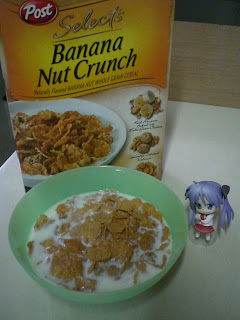 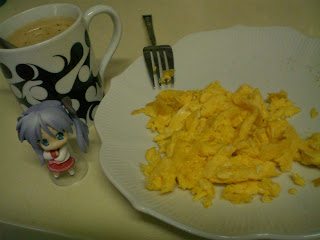 Spent rest of the morning at the library borrowing some CD-ROMs and a bunch of comic books. Finally got my hands on James Robinson's final chapter of Starman: Sons of the Father. Then a train ride to Orchard for the Kinokuniya sale. Lunch was pretty forgettable. Couldn't decide where in Orchard to go for lunch by myself, finally settled on Romankan Yokohama at Taka's basement since I was in the building already. Was 'meh'... 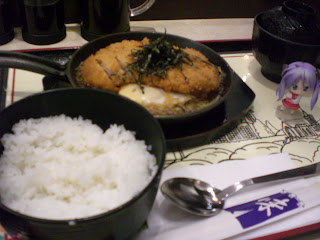 Got this impulse buy Izakaya, The Japanese Pub Cookbook. That's the first pix at the top. Flipped through the browsing copy near the cashier and thought it was quite good. Definitely not your regular cookbook, in addition to the 60 recipes there are lots of insight and articles on Japanese pubs and all their little subculture. The thing that sealed the deal for me? Printed in Japan, the book's 2,800 yen. It's going for (with the Kino 20% sale) only s$35. Do the maths man, with today's exchange rate, that's a good buy if I ever saw one. 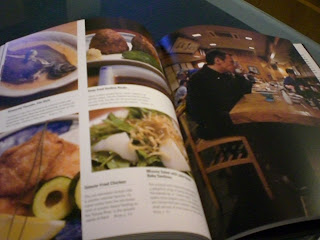 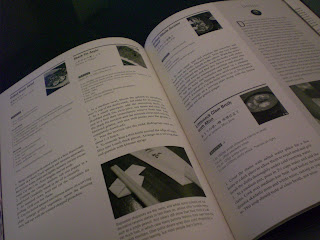 Hey, Happy Lunar New Year to everyone out there! I read bout how some folks aren't that crazy bout all the visiting and stuff. Me? I come from a small family and I see them almost every week so seeing them on CNY is really no big difference, cept for the ang pow part. Anyway, its been real windy for the last few weeks so I guess it ain't that bad going out, walking in the sun and all that. 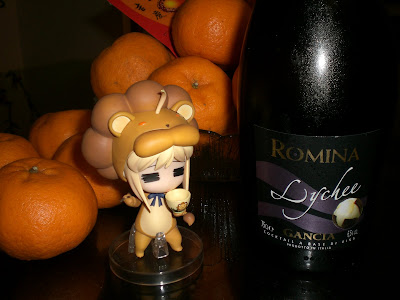 We opened the above bottle of lychee wine last nite. Something 'Chinese' for the New Year I guess. Hah! 'Cept that came from Italy. Never knew them Italians could do lychee. Not too bad. Really strong lychee aroma/scent/smell but you don't taste it that much, a light wine that we all kinda enjoyed.
Posted by Cavalock at 5:07 pm 5 comments:

Cavalock and The Menace of The Tupperware People 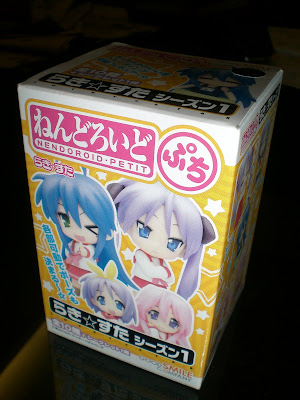 Oh wow, remember the Danny Choo workshop I went to late last year? Well, before the workshop, he did mention that he was gonna have some giveaways for us attending the event. Unfortunately, the freebies never made to us, like it got lost during transit or something. But the good news is, he sent out another shipment and it finally arrived last week! Thanks Danny! 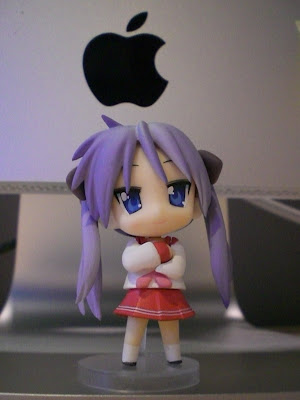 Hey check this out! Cool pencils eh? Just couldn't resist two of my homeboyz. Only a buck fifty each. And yah, they got other authors too like George Orwell. 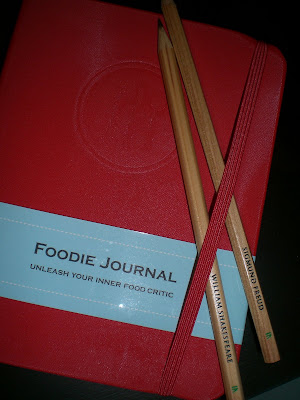 And who are the Tupperware People? Something I found out while having Friday nite drinks...
Friend: He's (an ex-colleague) a Tupperware.
Me: Huh? What's that? Why a Tupperware?
Friend: He's so plastic, just plastic all over.
Me: Bwah-hahahaha!
Posted by Cavalock at 11:03 pm 6 comments:

Man, just when I was talking bout Mister Donut in my last post. Look at what they got on their menu. Latest addition, mochi flour donuts! Sounds ... er, yummy... I think. Will I get a chance to sink my teeth into one anytime soon? <^;^> 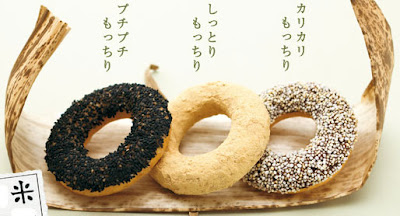 Cavalock and His First Nendoroid 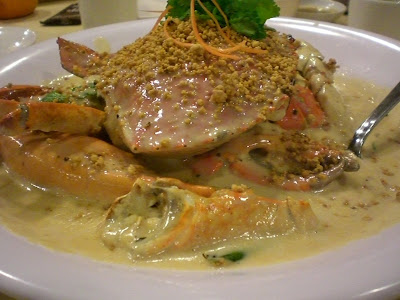 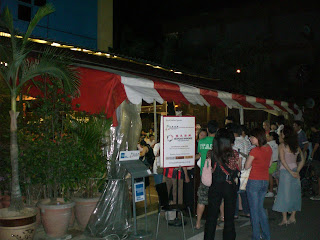 Heard a bit bout this little seafood place that's located in the middle of an industrial estate and appropriately named Seafood Paradise. It's in Defu industrial estate in Hougang. As expected, during the weekend, the area is pretty deserted. Heh, now if you ask me, see that entrance there, it kinda reminds me of the Zouk entrance.
The outside doesn't look that good but damn, when you a long Q in the middle of nowhere, you just know there's gotta be something worth waiting for, know what I mean? What we got was good food at a pretty good price. Read a bit bout their wasabi prawns so we ordered that, was ok, I mean it tasted exactly how you expected it to be when you see something like wasabi + prawn. 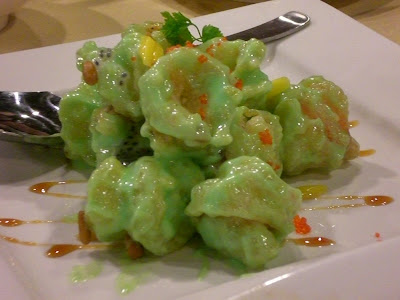 Highlight for me was their signature butter crab. That's the first pix up there. Damn its good. Creamy buttery sauce. Ordered an extra serving of the fried buns just to soak up it all up. Overall, much better than the Mellben crabs. 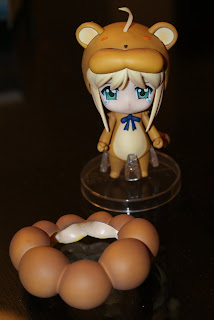 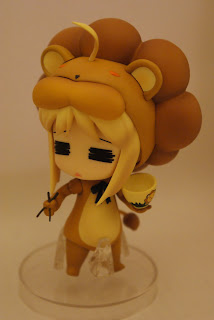 Finally got myself a figure from the Nendodroid series. That's a line of Japanese figures where they take famous anime/manga characters and give them the cute 'big head, little body' treatment. And it ain't cheap either. This one, the 50th in the series, cost me S$42. Got it cos it reminded me of the famous Mister Donut chain in Japan. Remember having breakfast in one of their shops in Kyoto. Funny little TV ad here on YouTube. 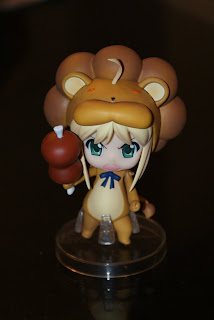 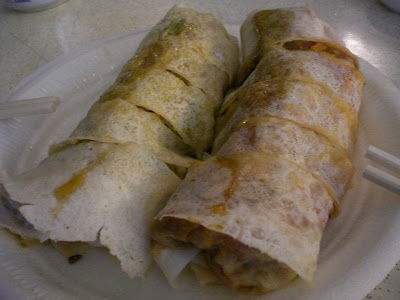 I know I'll going to sound like a 'mountain turtle' when I say I just made my first trip to the new Newton Circus. When I was a kid, I grew around Newton and I was like there almost every week. Mostly cos of the newsstands there where I would go buy my comic books. But its been like 5 or 6 years now since I stepped back into the place or ate anything from there.
So last week I was there with the guys, I ordered something I always had whenever I'm there. The popiah. Same stall facing the carpark, also sells Chinese satay. Boon Heng? Or something like that.
Unfortunately it didn't taste as good as before. Another thing I noticed is ... no more newsstands! Not that I was aiming to buy any comic books that nite but was just looking for a little bit of my childhood. Awww man, guess you can't go home again after all. Damn you, Thomas Wolfe!!!
Posted by Cavalock at 9:43 pm 2 comments:

Cavalock and The Game Mobil 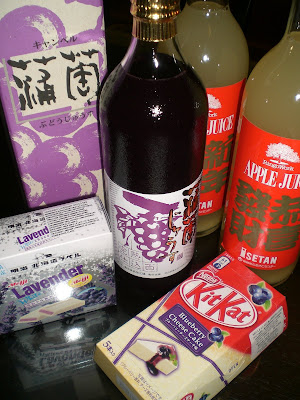 Recent haul from Isetan's Hokkaido Fair. <^;^> That's sweet natural, pure fruit juice, not booze like the last time.
True story, friend of mine, married with kids, drives a wagon we call The Game Mobil. He's a gamer too, and you know how in those Hollywood action movies, when some bad ass guy pops the car's trunk and you see this freakin' arsenal of big ass guns, rockets and all kinds of shit in there, and you (if you are a guy), you'll go 'that is soooo cool'. Well, when my friend pops his trunk, you see this freakin' big collection of board games. Yup, and if the average is like a hundred bucks a box, we looking at bout a grand's worth in there. And there was even a request for it to make at appearance during a wake, I shit you not.
Posted by Cavalock at 11:26 pm 7 comments:

Cavalock and The Mystery of the Sea Bird's Nest

Really, can someone explain to me if a bird can actually build a nest in middle of the ocean or under the sea, or is the nest of a new kinda 'sea bird'? Should I read it as a sea bird's nest or sea bird's nest? :P And in case anyone is wondering, it's from the juice stall Tracy at the basement of Raffles City. 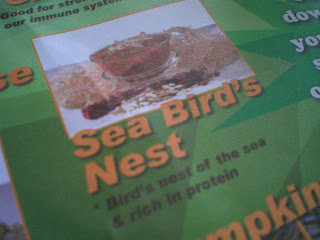 Tried another recipe from The Book, something called Nutella Crepes. Real fast and simple like the rest. Tasted all rite but I used a little too much Nutella. Still got lots more crepes in the pack so I'll definitely be trying it again soon, before the crepes expire later this month. 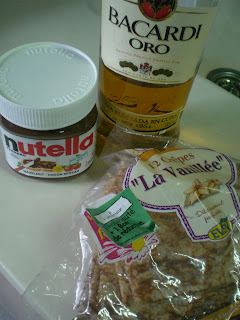 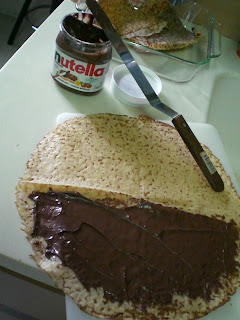 Does that look like too much Nutella to anyone? Pop it in the oven for 10 minutes. 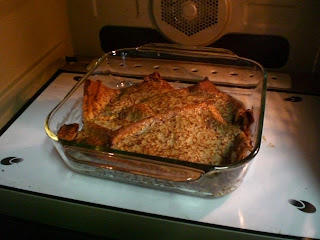 Decided to go with a banana instead of nuts like the recipe called for. Like I said, a little too sweet (yah I know, coming from me, it must have been VERY sweet), can't taste the rum at all. 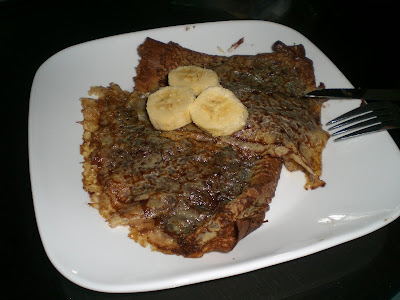 Cavalock and The Fertility Idol 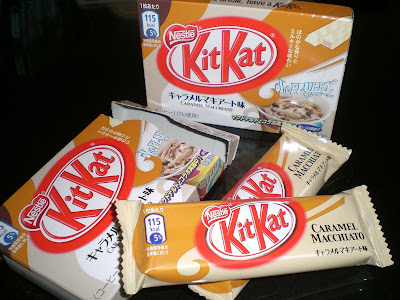 Check this out, the latest from Kit Kat, Caramel Macchiato (McDonalds McFlurry version). Got it from Isetan (where else? Really) at S$3.95 a box. Nice and sweet, the way I like. Not too caramel. And when you open a pack, man, the aroma it's so sweet. I think everyone in the room can smell you opening one.
Here something else I got today. Bet most of you have no idea what this is. It's a Mighty Muggs figure. One of the latest line of vinyl/plastic collectibles. The one I got is based on the famous fertility idol from the first Indiana Jones movie, Raiders of the Lost Ark. Remember the famous rolling boulder scene at the begining of the movie? 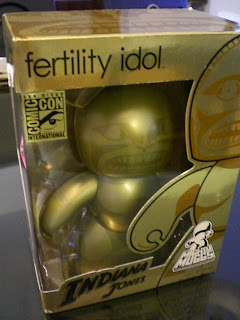 The Mighty Muggs fertility idol is an exclusive figure that was only sold at last year's Comic Con. That means it's gonna be as expensive as a real Indy treasure if you can find it here. Well, I was lucky to find a shop here selling it at only S$30, that's the average retail price for a normal Mighty Mugg. So you know, at that price, a Comic Con exclusive is a sell. Besides, it's in a gold box, all shiny. Unlike the regular Muggs that are in their boring white boxes. Hah! Don't worry, that's gonna be my first, last and only Mighty Muggs figure, ain't no way I can afford the $$$ or space for another new collection.
Posted by Cavalock at 9:32 pm 2 comments:

Hey there! Happy New Year everyone! <^;^>
Hmmm... to be honest, I tried to come up with something special to write bout on New Year's Day but I can't think of anything, anything special that is. And then I remembered why I blog in the first place, it's bout stuff that I like, things I do that make me happy, won't write bout the things that make me worry or unhappy. So with that in mind, look what I bought on the last day of 2008! One last indulgance... 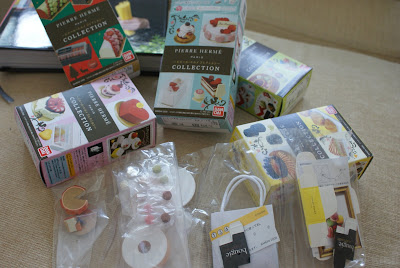 Its been at least a year since I bought any mini food replicas, got this complete set of the official Pierre Hermes Collection by Bandai for S$45 at China Square Central during lunch. The guy was here last year for the World Gourment Summit and he conducted some lessons macaron-making classes too. Friend of mine went to one.

Anyway, it's a pretty big set and I have nowhere to display them so I'll keep them in the boxes for now. Here's a bigger and clearer pix of them. As you can see from my pix, there are little bags and cake boxes plus a portrait of the pastries too.

If I'm ever back in Tokyo, I am so going to get some of the real stuff! I know I'm kinda slow to really appreciate them after my last trip to Japan.

Now its been over a year since I came up with the idea of using the ‘Two And A Half Men” title style of writing my entry headlines. It’s like a line from the week’s episode is used as its title and usually it’s something that sounds really funny when taken outta context.

Now its time to change things again so I’m gonna use something from another one of my favourite TV shows, Monk. How Monk does it is that each episode title starts with “Mister Monk …something, something…”