Cavalock and That Award-Winning Boardgame

Last week's lunch at Far East Plaza with a gaming buddy means a chance to finally drop by Mr. Holmes Bakehouse across the road to sample their popular pastries. Bought the mint chocolate cruffin and the lemon meringue pie croissant back for afternoon tea with the Baker-at-Home. No complaints bout the golden flacky puff pastry but the fillings were pretty overwhelming and ... a lot. Lots of filling came oozing out. A little too much for us but your milage may vary. The Baker-at-Home said the mint filing in the cruffin reminded her of her toothpaste. Hah! 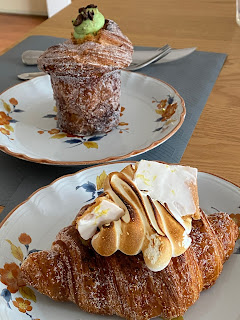 Took awhile but I got me the boardgame MicroMacro Crime City at last, a multi-award winning boardgame from Germany. It swept a buncha awards this year and last for being an original co-operative game. If you are familiar with Where's Waldo (or Wally), this is almost like that where you squint your eyes and search through a glorious irrelevant artscape but instead of Waldo, you looking for dead bodies, solving their murders, solving robberies, catching killers and you get it why's it's called Crime City. There are only 16 cases in the box and once you solve them, that's it.

You can play it solo as in by yourself or co-operatively with others, up to three others but really, you would want to keep it to as few as possible. Most reviewers suggest just one other or two other players cos it's kinda hard to share the map even though it's that huge. I'm playing it solo and loving every minute of it, and I can't imagine sharing the game or map with another person cos you tend to hog it as you are pouring over every little speck of evidence.

You can read more bout the game here. 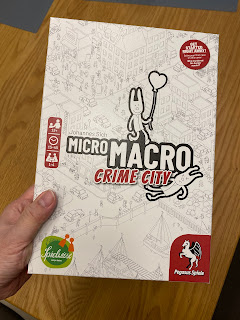 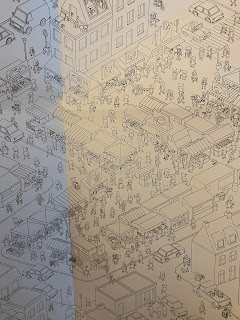 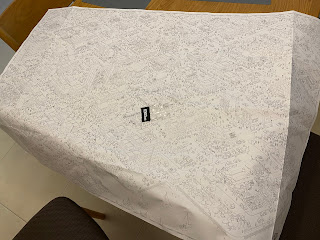 Last but definitely not least, it's this year's Washpole Patriot. Took a snapshot yesterday. I guess it's better late than never. 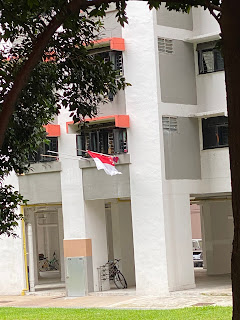 Well, the lockdown kinda just ended and us vaccinated folks are allowed to eat out again. But the Baker-at-Home and I have yet to make any reservations ... yet. We did order takeaway from Two Men Bagel last week and that was glorious. juicy meaty bagel sandwich while stuck at home was just what we needed. I think even without a lockdown, we do see ourselves ordering more takeaways now. It's like we are conditioned to after over a year of doing takeaways, know what I mean? Too lazy and tired in an ever escalating climate changing environment to want to venture outdoors. Hah! 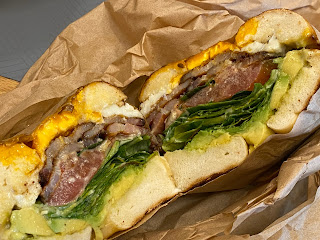 As for my hobbies, I'm still doing my painting and have just completed over a dozen Stormcast Eternals miniatures over the last couple weeks. And they didn't turn out half bad, if I do say so myself.

I'm also dipping my into solo historical wargaming with some free print-and-play games. Most of these are small, simple war games that are available online and can be played solo. They come free with rules and PDFs where you are supposed to cut out and do little DIY with maps, cards etc. You would need to come up with some dice and counters or colored markers too. Right now, I'm reading bout the Battle at Kettle Hill (not to be confused with the Battle at Kettle Creek) during the Spanish-American War of 1898. Maybe I'll try to post something bout it in my next post if I can get a play in by then. 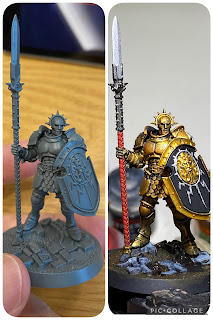 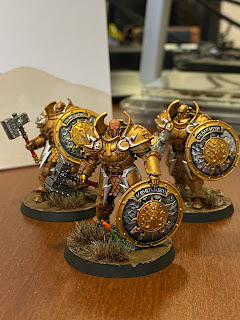 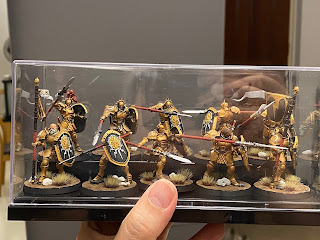 Alright, so if anyone remembers reading my blog during this time of the year, meaning around our National Day, you would recall the my annual Washpole Patriot post. Last year, the year before, back in 2018, then in 2017, well you get the idea, all the way to 2006. But this year, as of right now, I'm not taking a pix even though the Washpole Patriot is up and hanging. Cos there's a wake down at the void deck just below the Washpole and I'm not exactly comfortable taking any pix of that now.
Posted by Cavalock at 8:00 am 2 comments: