Took a break from my freelance gig on Friday to stuff my face at Savour 2012. Where do I begin? Here's a tip, head to the foreign restaurants cos you probably won't get another chance to try them again once this is over. 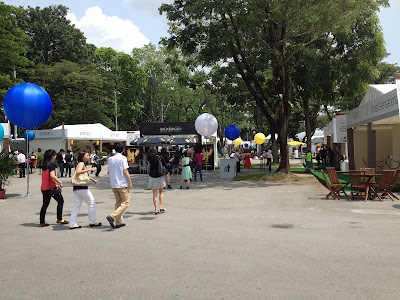 My favorite has got to go to Vuelve a la Vida from Pujol, Mexico. Says they are S. Pellegrino World's 49th Best Restaurant 2011. Its shrimp, clam and octopus, with chipotle and coriander emulsion was amazing. Lots of interesting textures and flavors. So good I had seconds. <^;^> 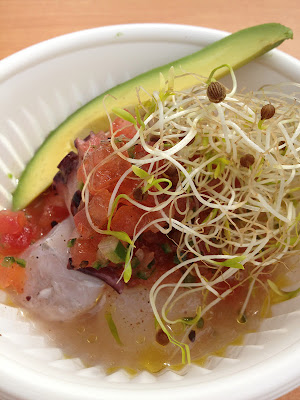 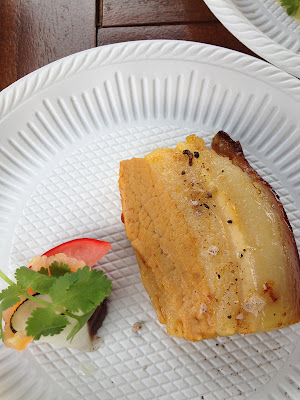 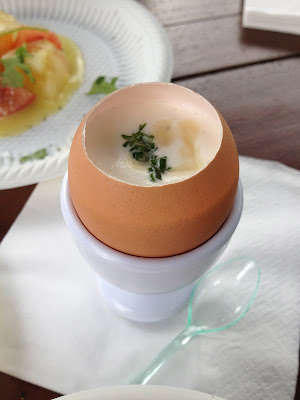 Another thing I liked about the event was the two whole convention floors filled with gourmet food stalls and workshops. I spent a couple hours in there and before I knew it, it's almost 4pm! Time for everyone to close shop until the evening session starts again at 6pm. 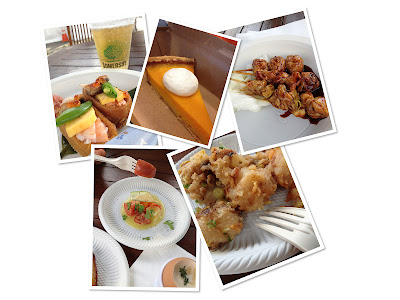 Immediately made my way to my last stop at Xu restaurant from Vietnam. They apparently picked up the Restauranteur of the Year 2011 at the Asian Gastronomic Awards. Had the dessert Che Troi Nuoc, glutinous rice ball with green bean and a coconut ginger syrup. Sweet with a strong but not overpowering ginger kick to it. 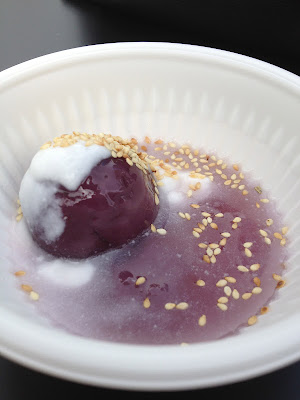 Next up, my Kuala Lumpur  food and gaming trip continues with the best Kolo mee I ever had!

Cavalock and The Magic Weekend Getaway

I’m back from Kuala Lumpur, back from taking part in a Grand Prix event and nope, it’s not the F1 race. Seriously, I can never understand how and why would anyone give money to millionaire sportsmen who have no idea who their fans are but I digress.


Taking a break from the rat race, me and four other grown-up friends flew to Malaysia last Friday and took part in the gaming geekfest known as Magic: The Gathering Grand Prix Kuala Lumpur. After Day One, I was placed 285th out of 612 players from around the world. Only the top 80 or 82 guys advanced to Day Two of the tournament, which was eventually won by a Japanese pro-player. 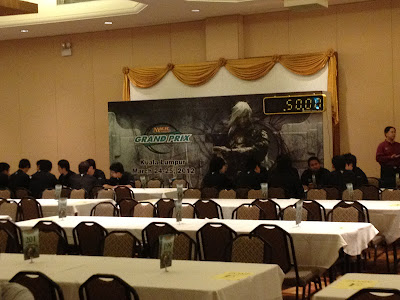 Bear with me now for a little geekspeak as I don’t wanna forget how I did at the tourney. Played from 9am to about 9pm, lost the first match, won second match just like the rest of the gang, then lost next three matches but won the last 4 with a clean 2 – 0 streak for each. Final tally was 5 wins and 4 loses. 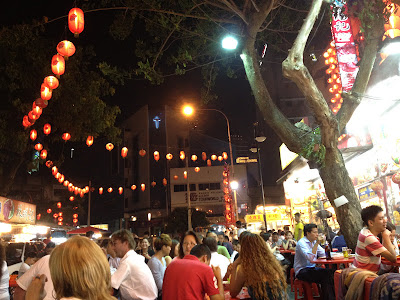 Well, we all had a blast in KL. Thoroughly enjoyed every minute of it. The amount of non-stop trash-talking among us was insane! And thank the stars we all luv KL’s street food. Every single night we would venture to popular Jalan Alor (food street), as it was only bout 10-minute stroll from our service apartment, and have dinner or supper till like 11pm. 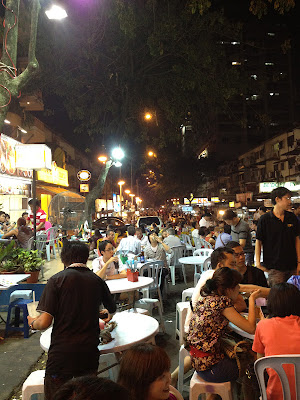 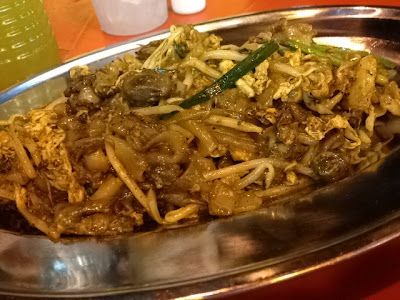 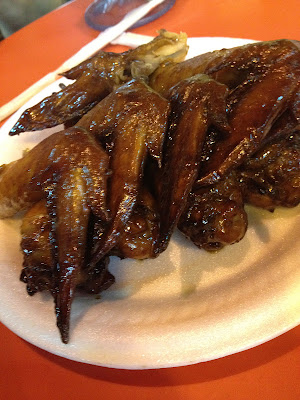 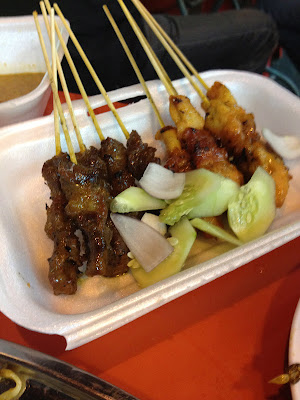 The unexpectedly yummy oyster omelet was something different from what we have back home. The oysters were all enveloped inside a waffle-thin omelet shell. I really like how they just ooze out when you ‘crack’ the shell with your chopsticks. 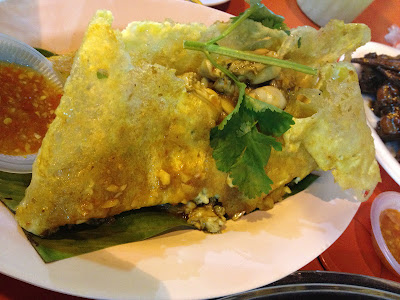 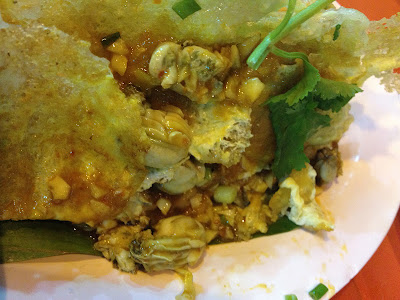 Posted by Cavalock at 9:31 pm No comments:

Cavalock and The College Continuation

Oh yah, I'm still playing around with the college feature on my free PowerCam app in the iPhone. Some shots I took around the apartment yesterday afternoon and evening. Pretty neat eh?

Speaking of iPhone and iPad apps, I wish more people would get hooked on other games like Ticket To Ride or Ascension instead of just DrawSomething although it is a great game, keep it simple and people will play it. 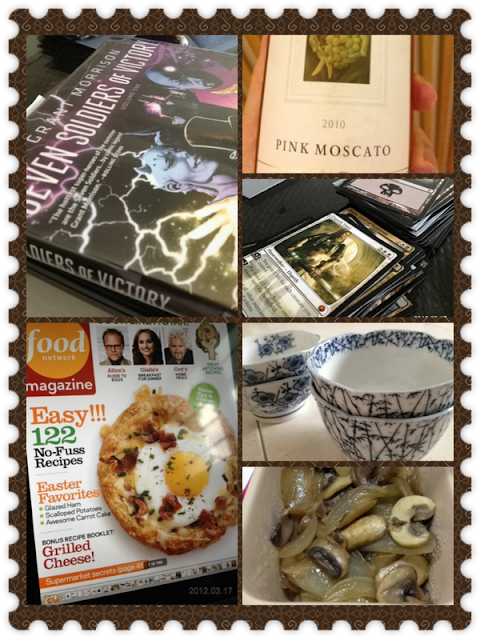 As you can see, it's all indoor shots as I was too lazy to step outside and was also writing my comic book review for the this week. And waddyaknow it's Sunday already! Have a good work week ahead everybody!

Posted by Cavalock at 5:02 pm No comments:

Cavalock and The Lucky Peach Endorsement

Here I go lamenting bout having a freelance gig again. Hah, I know that sounds terrible if you are reading this and you haven’t got a gig ‘in these lean times’. I’m merely hoping for the chance to cook up something in the new kitchen and this gig just keeps preventing me from indulging in my extra-curricular amateur culinary hi-jinks.

Well, the gig ends this month and even though they have asked me to stayed for another month, I said “no”. Wanna spend more time with my family and do the things I wanna do! Having all the money in the world and no time to spend or enjoy them doesn’t make sense to me.

As I’m writing this, it’s only a day before the launch of the new iPad aka iPad 3. I bought the original one just days after it was officially launched here about two years ago. I got the 36GB one but sold it off at a small loss and bought the max 64GB one less than a month later. Cos it’s that friggin’ good a gadget!

So will I finally get one with a camera? I doubt so since I really can’t imagine holding it up to my eye and snapping pictures with it. Retina display? Well, the dishes on Top Chef ain’t gonna whet my appetite anymore than usual, no matter how eye-popping vibrant they may be. My weekly or monthly reading material is only as good as each quality scan. And that’s my stand on the new iPad, or at least until someone buys me one. 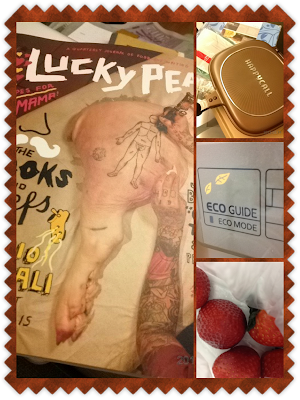 The Lucky Peach magazine you see in the college (yes, I got another new college-making iPhone app!) is a fantastic read. If you like good food and good writing, you go do yourself a favor right now and get this crazy ass magazine. It’s only a quarterly mag from the US and I got it at Kinokuniya just the other day (yes, I don’t download everything, I still buy printed stuff).


More than a few interesting and insightful articles by chefs, about other chefs and the industry, unique behind-the-scenes look at restaurants (and their toilets), weird recipes, etc. I mean, imagine a bunch of celebrity chefs on acid working with what looks like the Wired magazine design team stoned on weed, Lucky Peach would be the love child.

The piece by Mario Batali is a hoot to read! I couldn’t put it down. He can write and he doesn’t pull any punches in the article. I didn’t know he worked for Marco White, and that he walked out after Marco hit him with a pan of risotto!

Cavalock and The Omakase Order

The last time I had an omakase meal was like about two long years ago. So you can guess how positively thrilled I was when I stepped into Hinoki at China Square Central. Yup, the same area when I go get my other fix.

Well, you know what they say bout a picture being worth a thousand words so I shand't bore you with any more chitchat here. Truly an unforgettable experience if you love Japanese food. 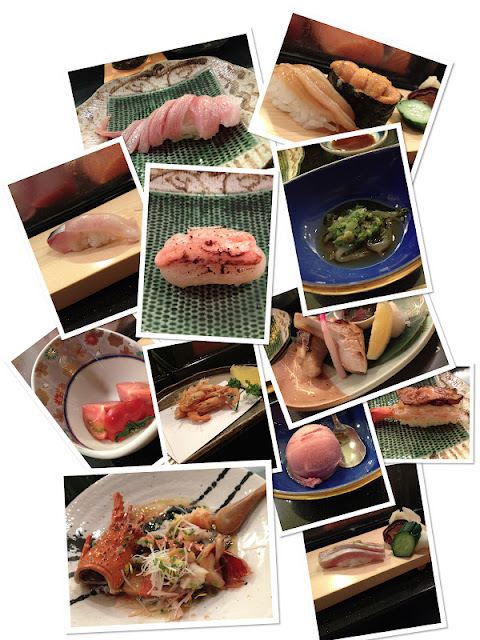 The same lobster carapace you see above was later used or spotted in a my very delicious bowl of soup. That's Japanese grape flavored ice-cream, something I don't you'll find in the supermarkets here. 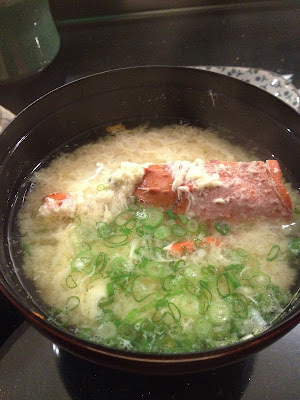 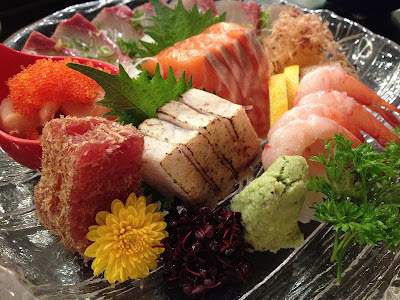 Something else you hardly find in the supermarkets here, Japanese ice plant! That's what the chef told me, I forgot the Japanese name but it's rather refreshing especially when sprinkled with some light truffle oil. 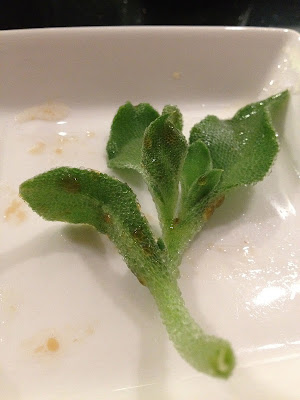 Cavalock and The Overdue Grocery Run

Ever since I got this gig in February I haven't had time to drop by my favorite Japanese supermarket Meidi-ya. So I finally did this weekend and whoa! I see lotsa new stuff and if I'm right, it's all stuff you can't find in any of the other supermarkets in town.

I know some of the speciality butcher/grocery stores sell these canned escargots but you got them here too, and no, I didn't buy any. Save the snails! 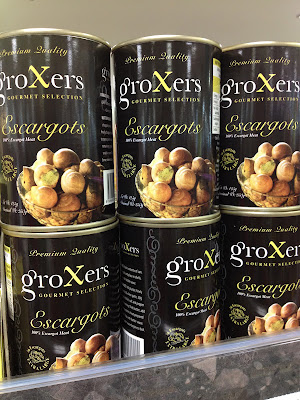 Now I bet I can imagine how these little smarties chocolate cupcakes are going to taste, too sweet for me. But I gotta admit, they do look mighty tempting. 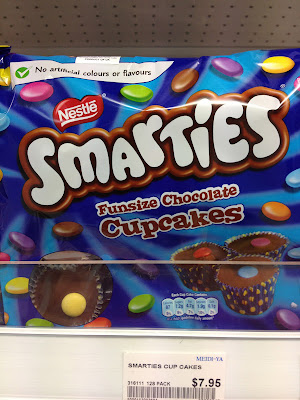 Crackers and cereals! Plenty of new flavors and brands to choose from. Annnnnd guess what? I didn't buy any either, just wasn't in a 'snacky' mood I guess. 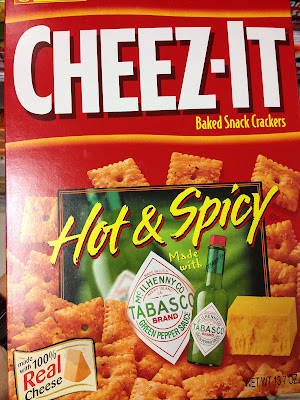 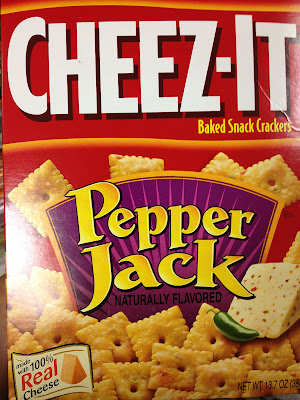 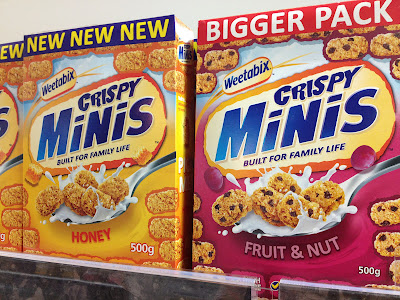 Now this is something interesting. I wonder if this is where Japanese restaurants get their coffee and cocoa? S$5.80 for a carton of coffee and S$10.50 for cocoa?

Must also resist making politically incorrect joke about the coffee.....:P 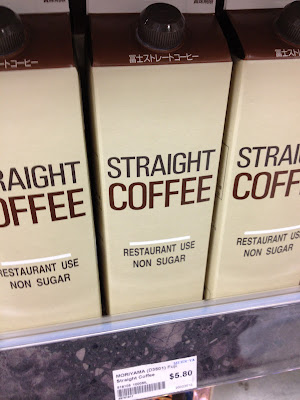 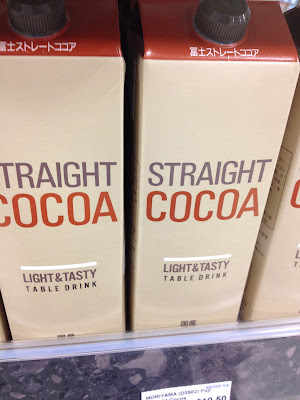