Cavalock and The Niku Udon Catalyst

After a long illness, my uncle passed away on Friday. He was the bestest uncle anyone could ever ask for. He loved me unconditionally and asked for nothing in return. He got my jokes and we could talk bout all kinds of stuff. When I was just a little kid, he worked in a certain bank across the US in cities like New York, San Francisco and even Honolulu for almost a decade and he would send back boxes filled with toys and comic books.
When I asked him about drinking and what I should order for the first time in a bar, he said 'coke and rum'. So I told the barkeep I'll have a 'coke and rum' and the barkeep said, 'kid, it's rum and coke, never say coke and rum'. Well, he also introduced me to joys of Baileys and red wine. <^;^>
Oh, another piece of advice I got was when I was on my way to the Big Apple, "whatever you do, don't act like a tourist, you'll get mugged". He was into classical music, opera, country and rock and roll from the 50s and 60s. Ok, didn't get into the first two but Johnny Cash, Motown, Elvis, I was totally there. He subscribed to Time, Newsweek and National Geographic (that mag always had a weird smell), he even opened a DC Comics subscription for me. Anything I wanted, he'll give it to me, no questions asked.
I know the last thing he would want right now is me to be sad. He was a quiet and private person but I bet he'll be excited to know that I might be heading to the west coast next month. I'll miss him for sure but I know life is short and soon, we'll all be together again.
Wow, hope I didn't freak anyone out with this. Well, it's just something I wanted to say. Hey, I still got food stuff to talk about. 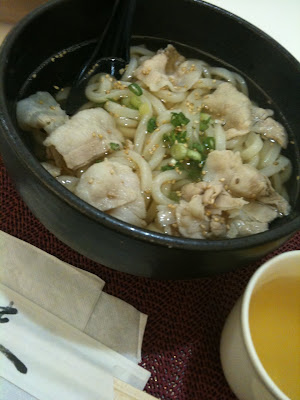 My current fav cheap meal. Niku udon or pork udon at Liang Court food basement. Thin and tender slices of pork, a clear tasty broth and it's only S$7. The udon is just of the right texture, not too chewy. The whole experience kinda reminds me of those little udon joints in Shinjuku cos its cheap, convenient and taste really good.
Posted by Cavalock at 9:15 pm 7 comments:

Cavalock and The Hokkaido Fair Paradox

Now I forgot to bring my headphones to the office one day and I'm just nodding off after lunch. That can't be good. Anyway the Hokkaido Fair is back at Isetan Scotts supermarket again and as I kinda expected, there really wasn't anything there that caught my eye. They have like, three or four a year now? I honestly lost count, I know I was at the last one in February.
There isn't a ramen store this time. The beer garden is still there but I gave that a pass. 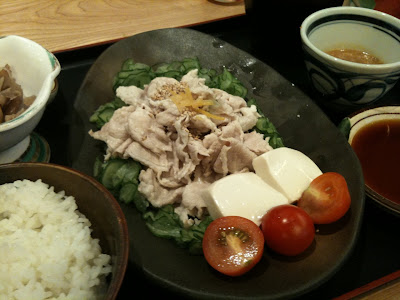 For lunch, I found myself at the revamped Tonkichi upstairs. They seemed to have more tables for bigger groups now. More stuff on the menu too and a tiny, little sushi bar in the corner near the kitchen. Had my usual shabu set. Difference now are two little extra pieces of tofu I guess. Still one of my favorites so I'm not complaining. 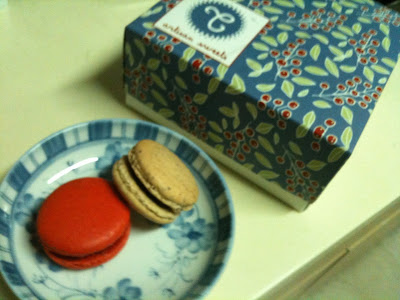 Here's something I wanted to blog for the longest time but just never around to it. Macarons from ET Artisan Sweets. All the way (at least for me) from Holland Grove Road. Unless you have a car, it's pretty hard to get there. As much as I like them, I don't think I got it in me to wax poetic bout them. I'm like the 2,435th person to blog bout them so trust us when we say it's good.

Cavalock and The Sweet Potato Acquisition

An all-snacks desserty update! Now I don't usually talk bout snacks cos I don't do them but here's one that kinda caught my attention and tastebuds so here we go.
Sweet potato chips from Japan, now the only English words on the little cups are 'sweet potato' and Osatsu Doki. Cups are bout the size of the smaller cup-a-noodle ones. Don't mistake them for the Calbee brand. 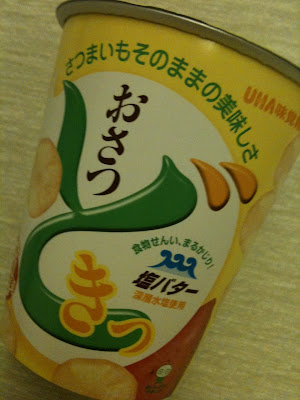 There are two flavours, the plain one comes in the red cup and the butter-flavoured one comes in the yellow cup. Far as I know, you can only get them at Meidi Ya supermarket, Liang Court. S$2.85 a pop. 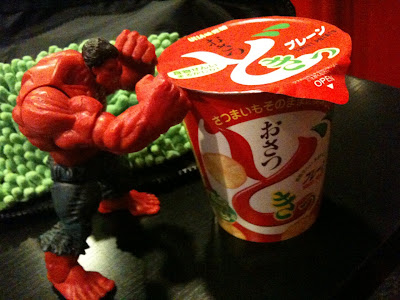 The chips are small but thick little pieces. Not very salty but the yellow one does have a pretty strong buttery flavor. 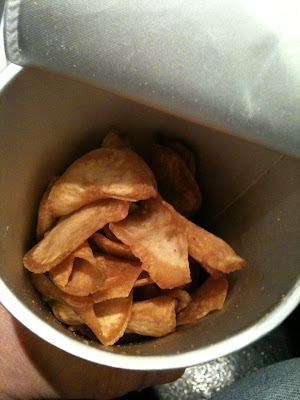 I think they are selling pretty well cos the last few times I was there, it was sold out and then again right after they replenished it. So there you go, if you are ever in the neighborhood like maybe after a meal at Chikuwa Tei (hah!), go take a five minute stroll to Liang Court and grab a cup of chips. 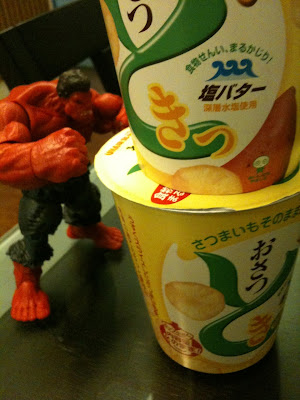 So like after more than a decade I think, I finally found myself back at Robertson Quay or was it Robertson Walk? Anyway, there I was on a Saturday nite and no, I wasn't there for the World Cup. I don't believe in paying millionaire sportsmen to entertain themselves but I digress.
Found myself at the popular Laurent Bernard Chocolatier for the first time. Too bad they ran out of the souffle they I wanted. Got myself a caramelized coffee with milk and the girls ordered a bottle of Moet and a couple of Blackforest cakes, that is I think it was Moet. 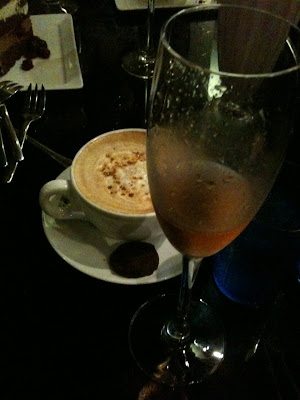 Not a bad nite and yes, we all did have dinner at Chikuwa Tei earlier. <^;^>
Posted by Cavalock at 10:40 pm No comments:

Cavalock and The High Definition Ransom

*Yawn* it's like past midnite, early Sunday morning as I'm typing this, waiting for my hair to dry before hitting the sack. What a week, new lady boss from the US but not gonna talk bout work here. 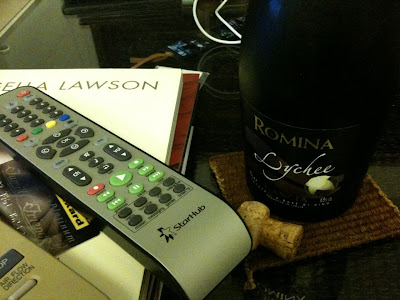 My old cable recorder finally bit the dust by deleting all my recorded shows one afternoon last week. Then found out that my model has been discontinued and the only one they have right now that offers recording is their top model, the high definition one. So if you ever want to record any shows at all, you have absolutely no choice but to pay get the most expensive cable box in the market. StarHub, you really suck big time, and you are sooo lucky it's late and I can't think of any worse insult than that. Yah, I had no choice but to get it cos I need to record my shows. Damn, I'm so glad you guys are getting screwed by the World Cup fiasco. 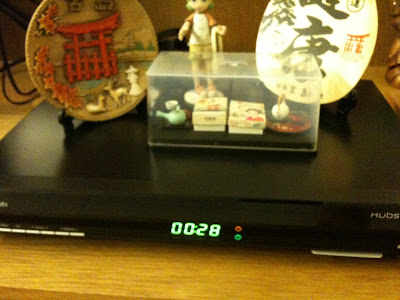 Like I said, it's late and my sentence construction skill is slipping really fast. Time to let the pix do the talking.
Now I know Ice didn't really enjoy her last visit to Ootoya but mine was pretty good. I think my trick is ordering the same thing again, hey, once I like something, I usually stick to it at least for the next couple of times. 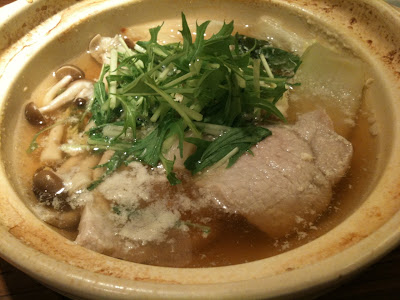 Nice steaming pork soup with mushrooms and other veggies. Taste great, only problem was the there were only two pieces of pork in it. 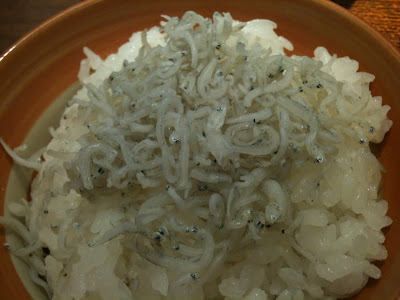 Usual rice with fishy toppings and then dessert! 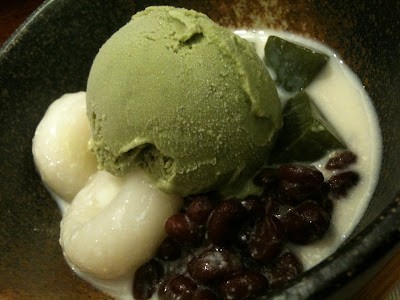 Caught this new condo while visiting my old neighborhood. Man, if I was still living there, I'll feel like Poland. OK, I think not many people will know what this WWII history buff is talking about. <^;^> 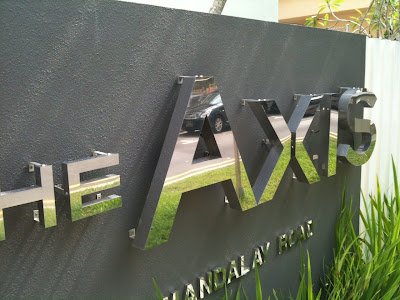 Cavalock and The Wasabi Chikuwa Connection

A couple of years ago, an ex-colleague brought the office to this little Japanese restaurant in Far East Plaza called Wasabi Tei. Great food, huge generous portions too and at damn good price, no GST or service charge if I remember correctly. Down side was it was eat and run place. Trust me, you would wanna leave real fast after eating...;)
You know, I could have sworn I blogged bout it but I just can't seem to find it. Hah!
Anyway the place closed like last year or early this year, or rather some 'ah beng' took over and the quality just plummeted. But just last week, I found out from the best damn food blogger in town that the chef has turned up at a new joint, his own I believe, just across the road from my office! 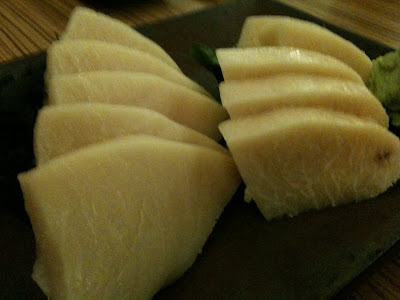 It's now called Chikuwa Tei, it's a proper Japanese restaurant with waitresses and staff, price has gone up as expected but the quality is all still there. Well, I think I have already spent too much talking, I'm just gonna like the pix do all the talking now. Been there a couple of times already, usually I'll just go for the Take Sushi (S$20), a small side order and maybe a bottle of Japanese beer. So yah, if you see a lone guy nursing a beer there on a Friday nite, that's probably me. 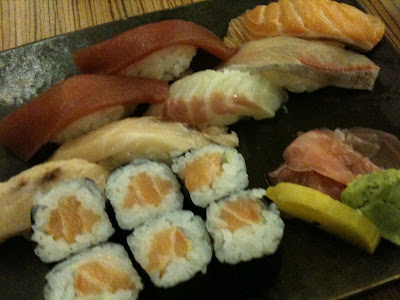 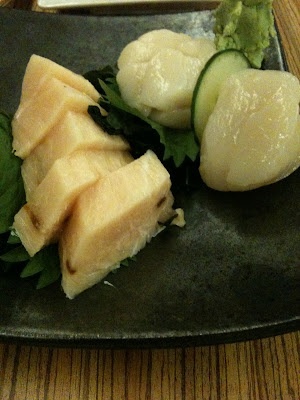 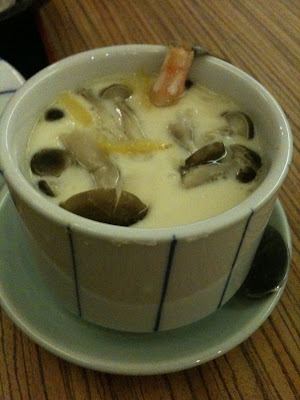 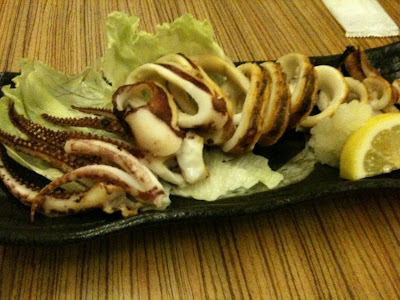 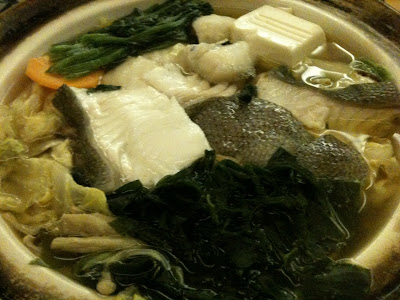 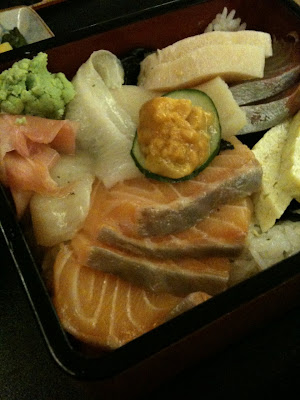 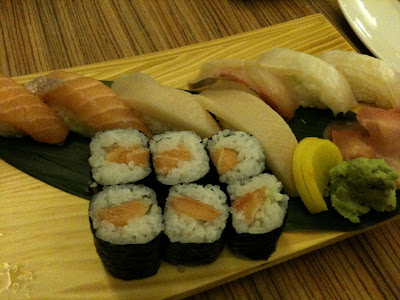 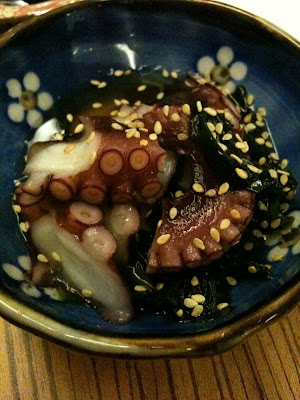 Recently I learnt that me and my office will be heading to San Diego Comic-Con for a working/biz trip in the middle of July. Now if I heard this news, a year or two ago, I'd be happier than a fat tick on a skinny dog. But with my mom's cancer and everything, the enthusiasm just ain't there. Of cos, my mom who is still as feisty and alert as ever, has insisted that I go. We'll see how it goes.
Posted by Cavalock at 5:18 pm 7 comments: