Can't believe I actually got soooo much blogging crap to post that it lasted this long. Well, off the top of my head, I can only think of doing a meme post now since the last one I did was back in 2007 and it does go quite a bit into my secret origins. Gosh, I was so simple bout some stuff back then. So for my 500th milestone post, I'm actually gonna do another Top 8 Meme just to see how much I have changed.

1.
If you ever see plugged me into my earphones, it's a 99% chance I'm listening to a podcast and not music. Most likely I'll be laughing to The Danny Bonaduce Show. It's a daily morning talkshow from Seattle. Been listening to the DJ for like four years now, since he was in Philly. I can't tell you how refreshing it is to listen to professional DJs who aren't afraid to speak their minds and be really funny at the same time. Trust me, download the podcasts for a week (it's on iTunes too), listen to them and you won't want to listen to any of our local morning crap ever again. FYI, they took out the songs for the podcasts so it's all just talk.

2.
Depending on who's asking, I'm ...
A) A caregiver
B) A freelance (fill in the blank)
C) Retired
D) Unemployed (specially reserved for pesky telemarketers)
All the above are true to a certain extent. There is however an option (E) but I'm just too polite to attempt a humblebrag. ;)

3.
I'm a very politically incorrect person. And I think I better leave it as that before I get into any trouble. Gone are the days when a guy can make a joke, and not worry about some nutcase taking it too seriously and gathering a lynch mob to tear you a new one.

4.
I honestly believe that women are the stronger sex. After seeing the women in my life handle some of the worst crisis life can throw at them, I just wish I can be as tough as them when the time comes.

5.
I have lost count of the number of Apple products I have at home right now.

6.
I'm serious bout this. If you are married and planning to have kids, do your maths first! Make sure you have enough $$$ to support yourself and your living family members during yours and their coming twilight years before you start raising a brood. In this country, most can't afford to do both.

7.
After all the decades of reading comics, I still think what Peter Parker (Spider-Man) said to his wife Mary Jane is the best damn piece of dialogue that I have ever read in a comic book.

8.
Still do not have a favorite Japanese or Italian restaurant in this country. The ones I been to are either too expensive or ... er ... not that great. Yah, I'm fussy. Looking for suggestions!

Wow, looks like I went on for a little longer than I wanted to. Hah! Got more but figured I'll keep it to just eight like the last time.

Now it's not a celebratory post without something bout food. Check out my latest buy, the Zoku Quick Pop Maker from Tangs. 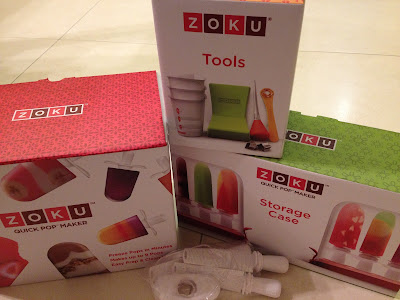 You can read in more detail how it works and all at the above link.  Bought the big set plus almost all the accessories including a recipe book. But I was a little to anxious to try it out so first thing I did when I got home was to toss the pop maker below into the freezer for 24 hours, like it says in the instruction manual. So when you pour your mixture in the next day, it'll only take mere minutes to freeze! 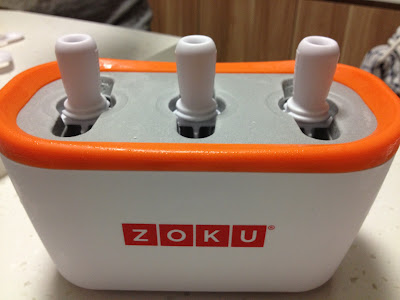 Next nite, decided to whip up some very simple coffee-flavored pops. Didn't look at the exact recipe measurements that I found online but come on, can't be that hard right? Picked the new Nespresso Macadamia and Hazelnut flavors, added some evaporated milk, mixed them up and gently poured into the slots. 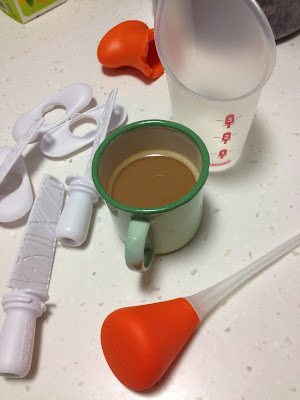 I guess cos I didn't follow the exact measurements, the pops came out all right but just not as tasty or sweet as I wanted them to be. The ice and everything else held together nicely. It took a few more minutes than the recommended 7 to 9 minutes for them to freeze. Maybe it's our weather. 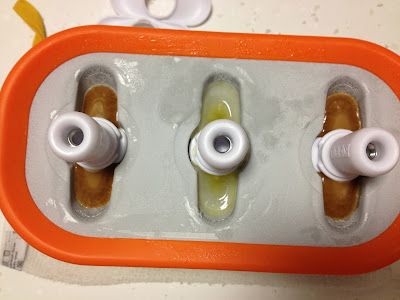 I think it's still a pretty good buy despite the slightly lackluster results. The whole thing works fine and it's real easy to use. Just need to pay more attention to what you want in. And when I do, you bet I'll post it here. :P 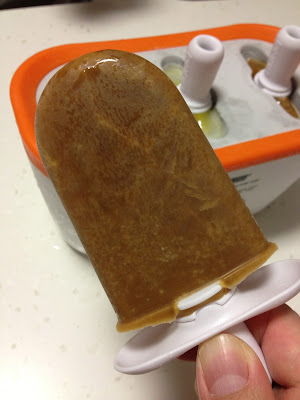 One last thing to end my 500th post! A quick run to my fav supermarket Meidi-Ya and look what I found. Was very tempted to get the Guinness one (but the price! Yikes!), can't imagine how that's gonna taste like. 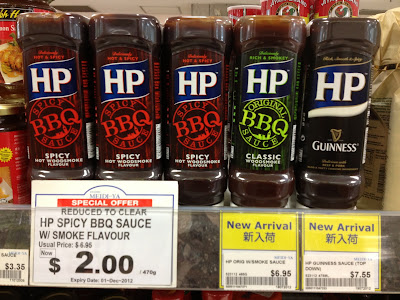 Icicles will numb your taste perception so you will have to compensate by increasing the dosage prior to freezing. Applies to sweetness and flavor :) hope this unsolicited advice is helpful

Hah, thanks! Learn something new everyday :)

I totally get your (2)! Heheheheh. Exact words I use rather often depending on who's asking lor. Soldier on!