Cavalock and The Gunpowder Noodle Legacy

Well, this brought back some memories. Been several years since I had Eng's Noodles House's famous wan ton noodles and the last time I was there, it was supper with the guys after one of our regular boardgame sessions. So as you can see from the pix below, Eng's is famous for something besides their noodles. Now since I ain't a chili fan, I passed on the chili but everyone else had at least a couple (small) spoonfuls of the infamous magma. Yup, back then we already knew bout its fiery effects. 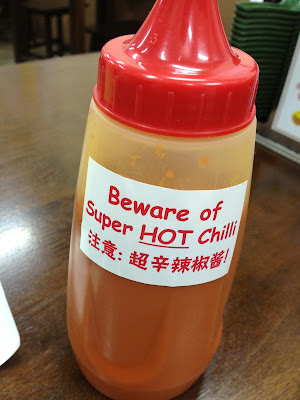 What was different that night was us having it for late supper. The next morning I was awaken to a flurry of SMSs (yes this was before Whatsapp), apparently almost everyone who took the hot sauce had to go number two in the middle of the night! The only guy besides me who had a blissful night's sleep was the chili connoisseur in our group and he's has a cast iron stomach for the hot stuff. Till today we still talk bout it. We now have a name for that hot sauce too, we call it the 'gunpowder'. 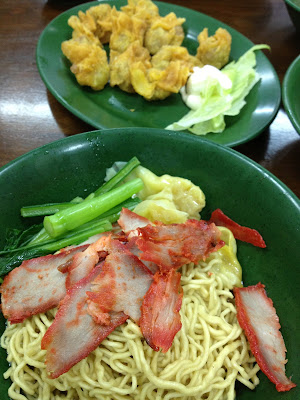 On to the noodles! Man, you just can't find wan ton noodles as springy as these and I really luv them. They may seem a little dry but the texture's just fine and it tastes great. And the wan tons are equally tasty too, both fried and non-fried ones. The place to head to is Eng's Noodles House at 287, Tanjong Katong Road.

P.S. Yes, this is yet another shameless attempt to be a bona fide food blogger by only writing bout food in this here one single post. We'll return to our regular broadcast of (maybe) food and something else next post.