Cavalock and The Journey Through the West

Last week, the Baker-at-Home was doing what she did best and the result was some really yummy home-made cream puffs. She filled them up with hojicha cream, made from powder that we bought from Japan last year. Been awhile since she did something like that and it was quite a relief for her that they turned out better than she expected. Not that she hasn't been baking these few months, just that her attention was on other pastry treats like this and this. 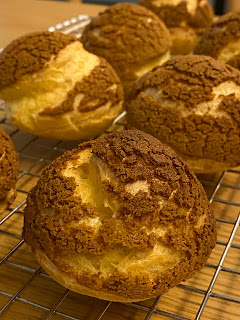 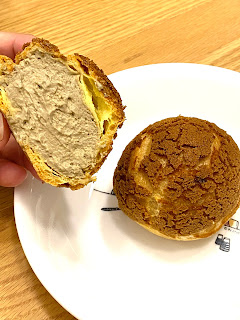 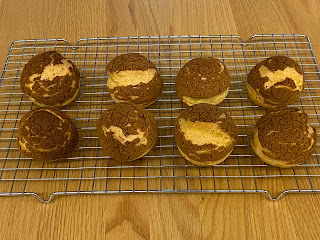 There has been a lot of press bout the nature trails around the island recently and me and three of the guys got to walk from Lakeside to Bukit Timah one early morning last week. Wonderful weather made the walk all the more pleasant. One of the guys did the walk a few week ago so he kinda led the way. But he did it at night so now in the morning, we kinda took a different route cos at night, he tended to avoid places without street lights and stuff like that. We walked through almost all kinds of terrain, from HDB sidewalks to under the train tracks to along the expressway to fields with 'no trespassing' signs.

One of the highlights has got to be us taking a last minute detour to Bukit Batok Nature Park to view the abandoned quarry site. A pretty fun morning and I could still keep up even with my foot operation from couple years ago. I thought 11km in two-and-a-half hours is pretty decent for a first-timer. Check out the over 100m elevation, that's us hiking up the quarry site. Ended with a hot bowl of lontong and then lazing by my friend's pool before heading to another friend's place for boardgames. 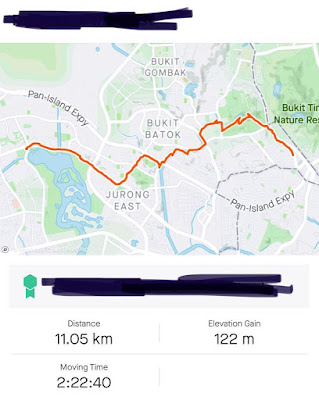 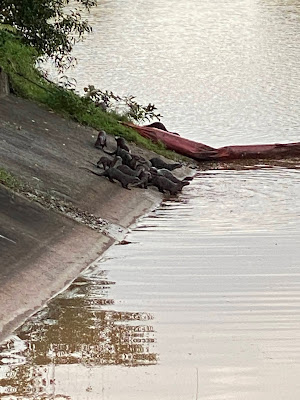 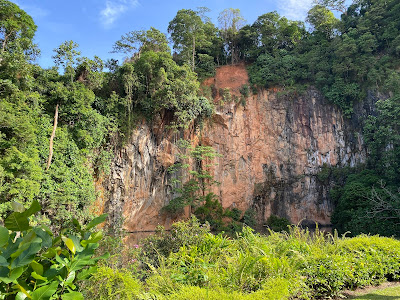 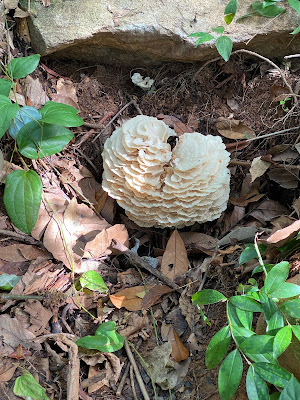