Cavalock and That One Hot November Afternoon

Been awhile since I had a chance to drop by Kreta Ayer and Keong Saik area. Spent a hot afternoon there with the Baker-at-Home and another couple, just within the legal limit for dining. Heh! Started with lunch at Bar Cicheti, uni pasta was tasty and easily our favourite but that serving was just way too small. Then after that, it was off to Burnt Ends across the road to collect the doughnuts that the Baker-at-Home ordered two weeks ago and yes, they are as good as they say. Next was a first time visit to Anthony, the Spice Maker shop around the corner where we got some spices and I decided to start adding some turmeric to my afternoon tea. Well, we'll see how that goes. Last stop was Bearded Bella for coffee. Wish we didn't have to wait under the blazing sun for so long cos it was pretty packed in there. Was absolutely drenched by the time we got a table. *Whew* But a glass of lychee lemonade at Bearded Bella was pretty cool way to end the afternoon. 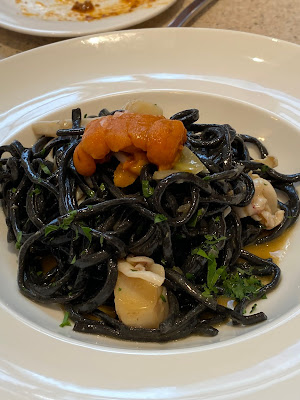 Some gaming update! Took me over two weeks and definitely the most challenging figure to paint but here you go, one fo the largest miniatures ever produced by Games Workshop. A Mega Gargant, so many tiny little details on such a huge miniature. From his massive club to the contents of the net he's carrying, it's crazy trying to figure what and how to paint them. But I had so much fun painting him even though I had to rush and paint most of him just so I could use it in a game with my friend.
Played two games, first against a melee army that my gargants or giants won easily. But in the next game, against a range army, we went down pretty bad. All in all, a really fun time playing with my painted miniatures which I haven't had in ages. 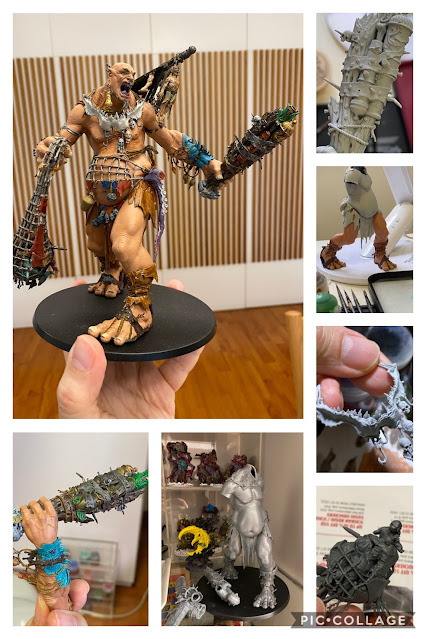 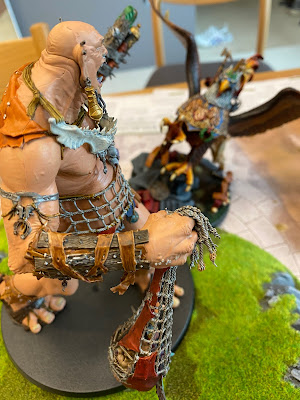 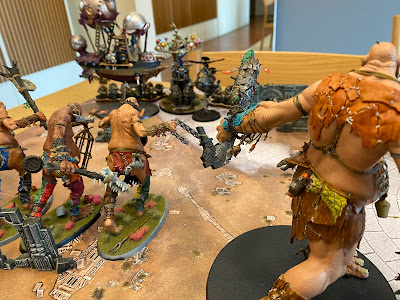