Cavalock and The Stormcast Battle Report

Always a joy to discover a new Japanese restaurant especially during these hard times and also one that's just a train stop away from home. It was the Baker-at-Home who found UOUO at Sunshine Plaza and our weekend dinner there was fantastic. Friendly Japanese staff, really fresh seafood even though sushi ain't on the menu, their sashimi and grilled fish are all amazing as well as reasonably priced too. Like I always say, you kinda know you are in a decent Japanese restaurant when the Japanese guests way outnumber the locals. Best of all, I finally had a whisky highball after three months. 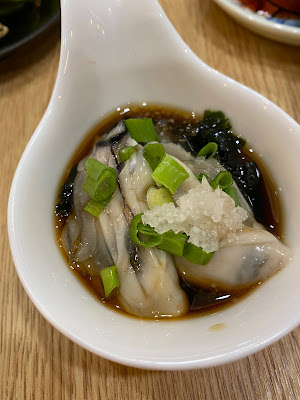 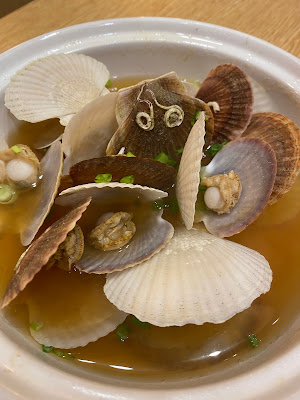 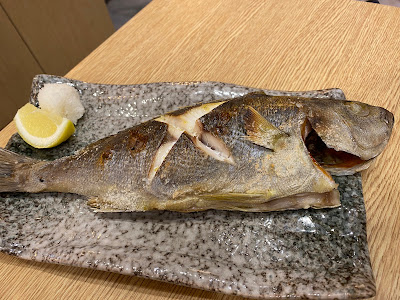 As expected, I have been playing more solo tabletop games lately. Managed to get Warhammer: Age of Sigmar to the dinning/gaming table last week with an official solo scenario. Games Workshop in the UK was coming up with solo scenarios during the early part of the pandemic and uploading them online. So for this afternoon's game, I'm playing Stormcast Eternals, that's the good guys in golden armor versus the trolls' or Troggoths' whose movements and actions are decided via dice rolls. 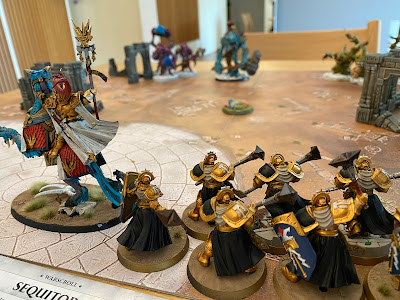 Our mission is to take control of the objective in the centre of the board. It's all taking place in the middle of a swamp which could deal us damage whenever we make a move or charge action. At the start, my leader on his flying mount was able to use the its ability to 'ride the wind' across the swamp to engage the three Fellwater Troggoths. 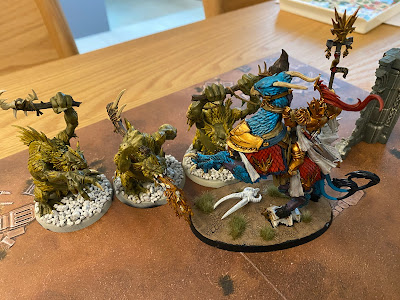 He got off to a good start by taking down two of the Fellwater Troggoths but the explosive that he detonated also dealt damage to himself, which allowed the surviving Fellwater Troggoth to club him to death! And just like that, I lost my leader that early in the game. Meanwhile my other two units of Stormcast Eternals have just reached the other Troggoths, namely a huge Dankhold Troggoth with his massive hammer and a unit of three Rockgut Troggoths at the other far end of the board. The big guy grabbed one of my ten Stormcast Sequitors while swinging his hammer and taking out half of my unit, and I'm now down to five Sequitors from ten at the beginning.
Over at the other corner of the board, my five Stormcast Eternals Evocators slayed two of the purple Rockgut Troggoths before they could hurl their boulders but later lost two Evocators in the preceding skirmish. Finally my other unit of surviving Stormcast Eternals Sequitors managed to kill the giant Troggoth. Just as the lone Fellwater Troggoth tried to lunge at the five Sequitors, he froze in horror (thanks to a lucky dice roll) and the remaining golden boys immediately made short work of him. 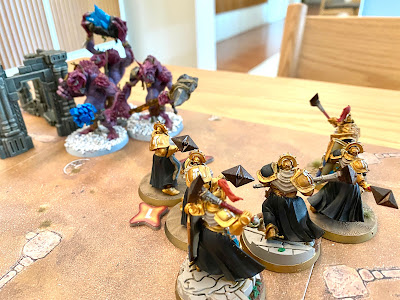 The three Evocators charged at the last Rockgut Troggoth who tried to retreat to the edge of the board but not before we cornered him and righteously finished him off. Final outcome, Stormcast won but lost almost half of its units. All in all, great hour-long fun on a hot, sleepy weekday afternoon. 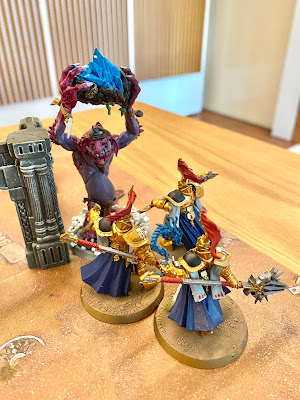 Is it? Lol! I don't remember reading bout it. I know you have been writing Omaj which I would desperately like to visit one day.

UOUO has been opened for only a few months. pretty decent grilled fish! i keep getting food to-go instead of dining-in.

oof! keep O'maJ on the radar till a day you feel like having steak.