Cavalock and The Pierre Herme Revelation

I still got a bunch of stuff to writer bout Italy but I think it's bout time I headed to Paris instead. Well, if anyone wants to know how to get to some of the places like Sienna or even the ...gulp!... premium factory outlets around Florence, let me know and I'll do a post on them. :) 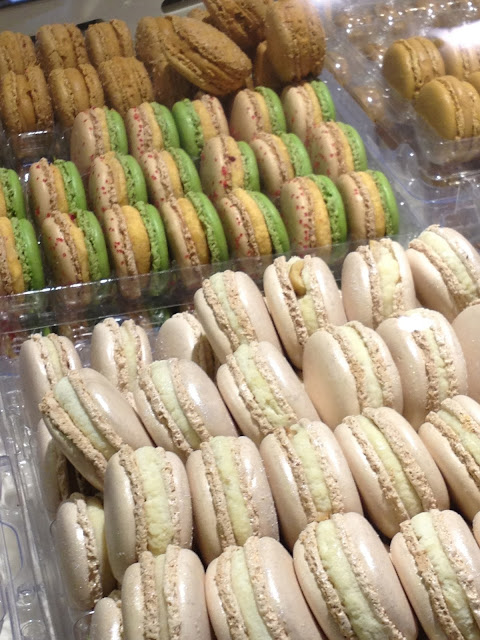 Now you can't be a food lover in Paris and not talk bout Pierre Herme's famous Macarons. I only got four days in Paris so I headed to Galeries Lafayette where I believe I was told I could almost everything under one roof. There are actually more than one Pierre Herme stand in the building. 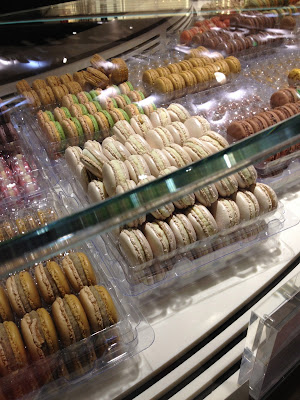 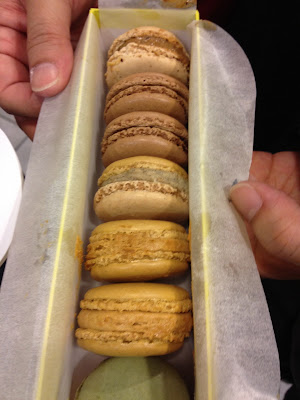 And yes, they are as good as everyone said they would be.

So what else is good at Galeries? Lotsa stuff actually. Although they have a food basement like the departmental stores in Japan, it's not as big or sprawling as the ones in Tokyo. But they do have several fine gourmet food stalls on the upper floors so I guess that kinda evens it out. Like the stall selling Turkish treats on one of the upper floors and in the basement, lotsa prosciutto legs from the basement. 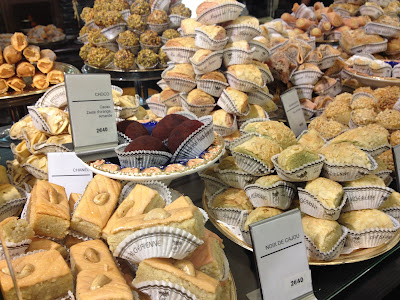 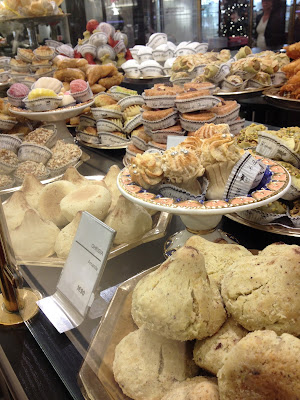 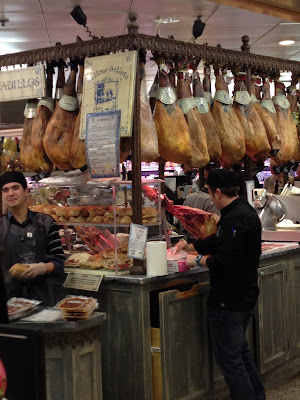 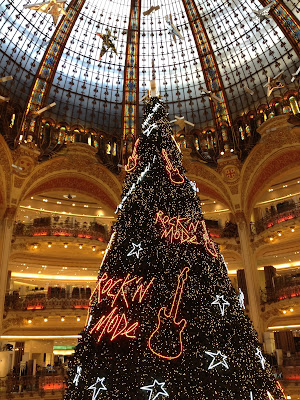 Email ThisBlogThis!Share to TwitterShare to FacebookShare to Pinterest
Labels: Food, Italy and France

Am sure they'll open an outlet here sooner or later!