Cavalock and The Moist Diane Hook-Up

I really love the almost never-ending array of cool stuff I encounter at Meidi-Ya supermarket. Even after almost a month away, I know I can always count on finding some uncommon groceries on sale. No idea how them beers taste like but I don't think you can go wrong with names like Proper Job and Old Peculier. And if there are any women out there who are willing to try Moist Diane haircare products, let me know exactly how 'moist' she is. ;) 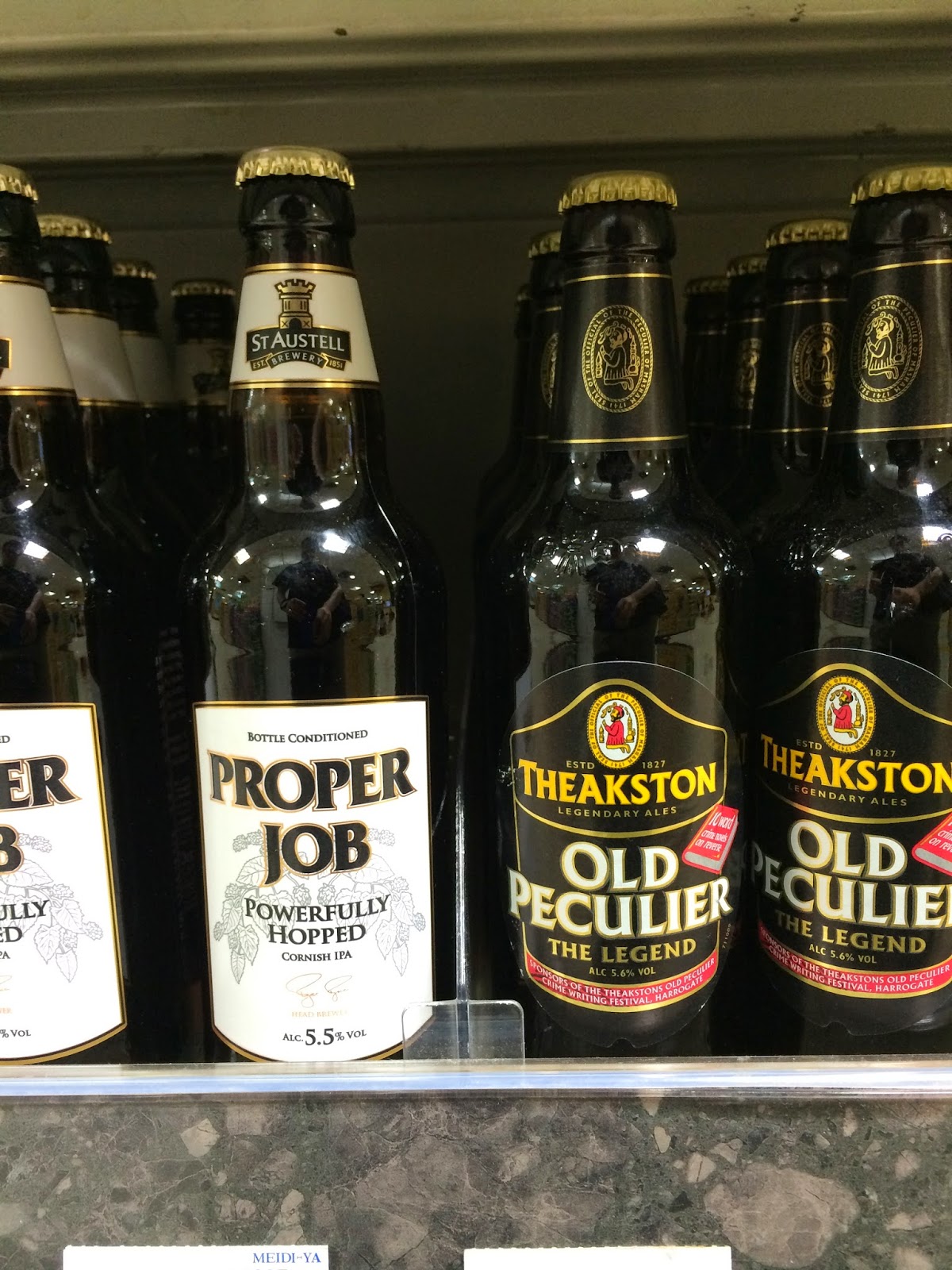 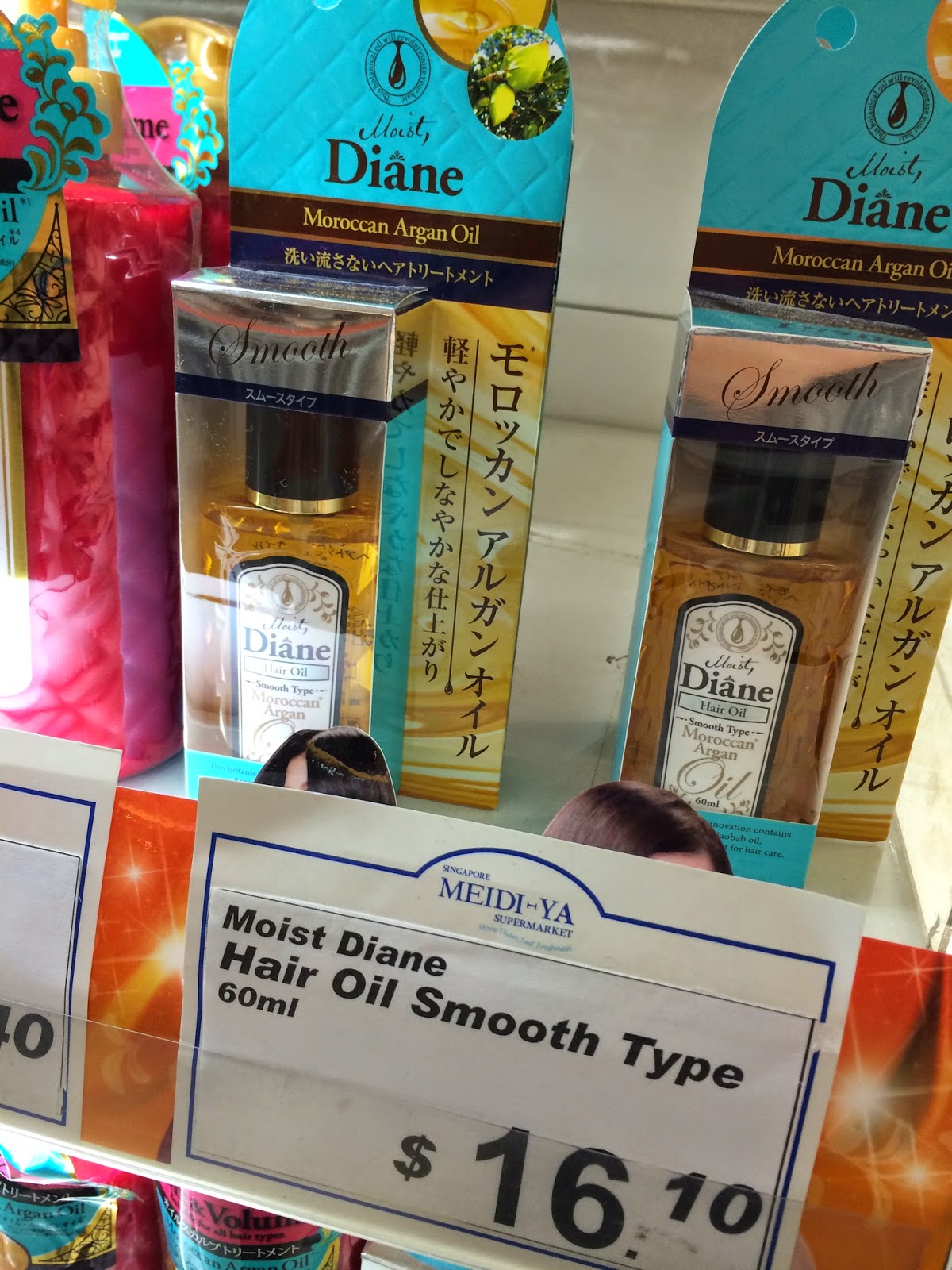 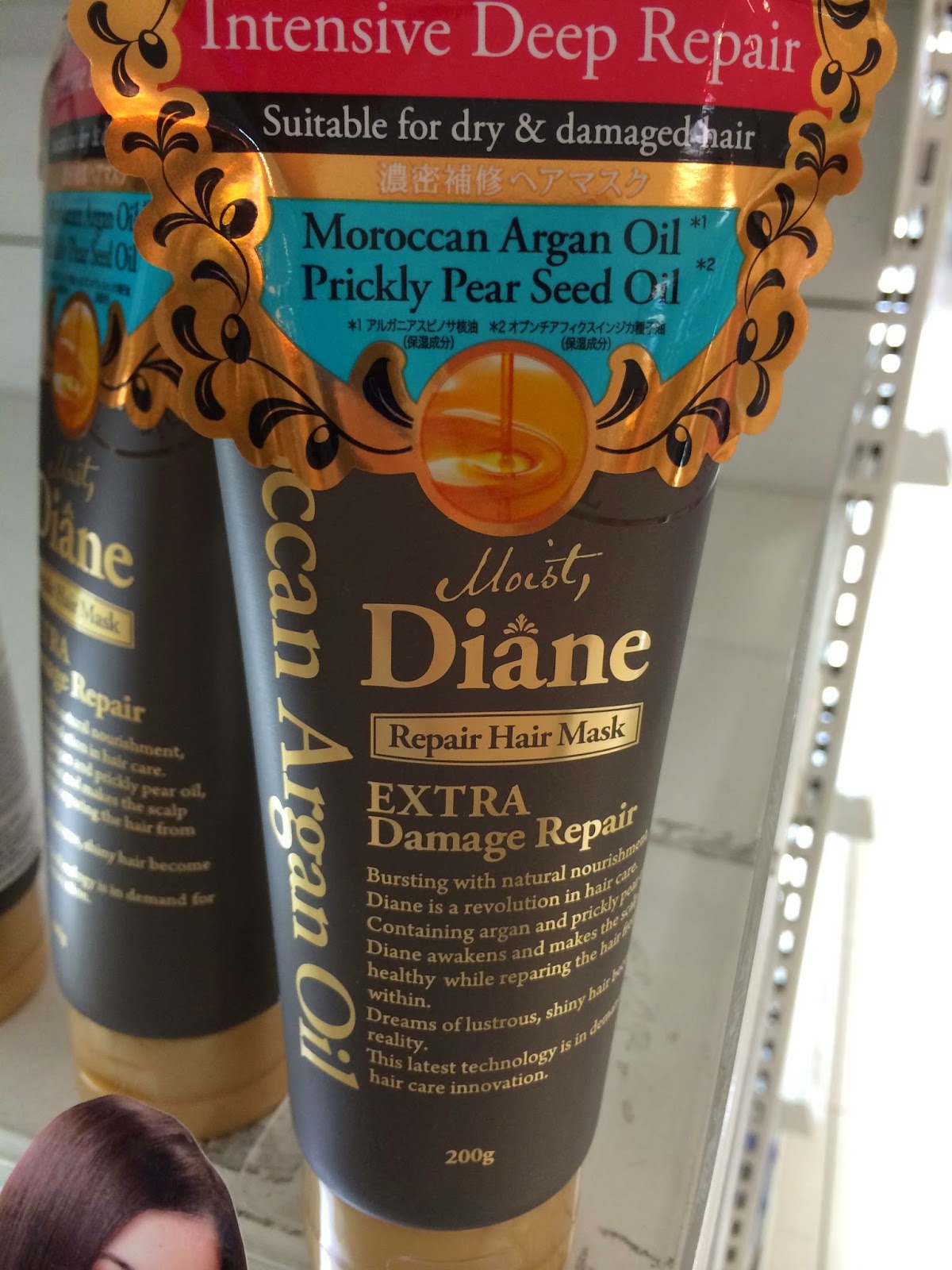 Yah, I know I snapped a pix of the Rude Health products before but this display looked too good to pass up. Besides who knew they also had chips by Nando's as well as bottles of a new Dry version of Calpis Soda. 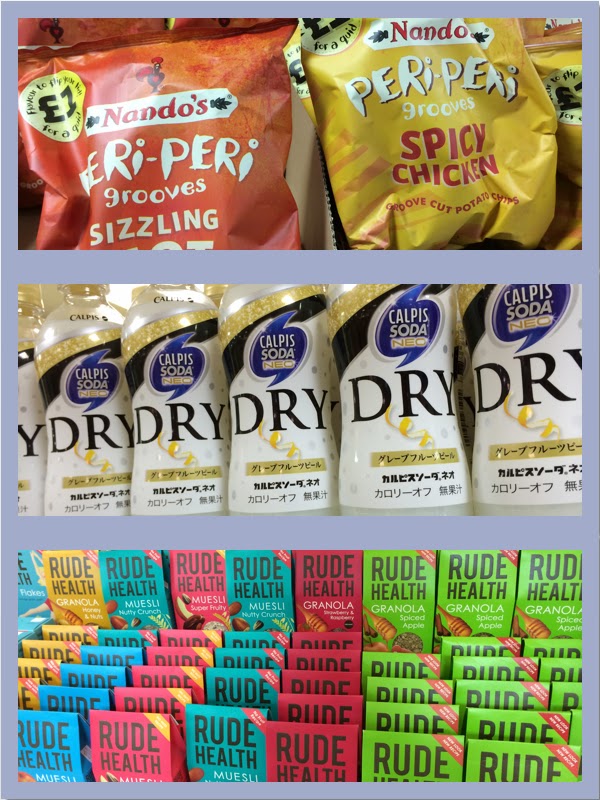 One more thing that I needed to catch up on since coming back home was the new releases of my favourite fake Lego minifigures ... opps, I mean customised Lego minifgures. From the entire cast of DC Comics TV series Young Justice to Marvel characters like Bullseye and the Punisher, these wonderful Chinese companies have managed to come with some of the more impressive Lego minifigures that the official brand has not or doesn't want to do. 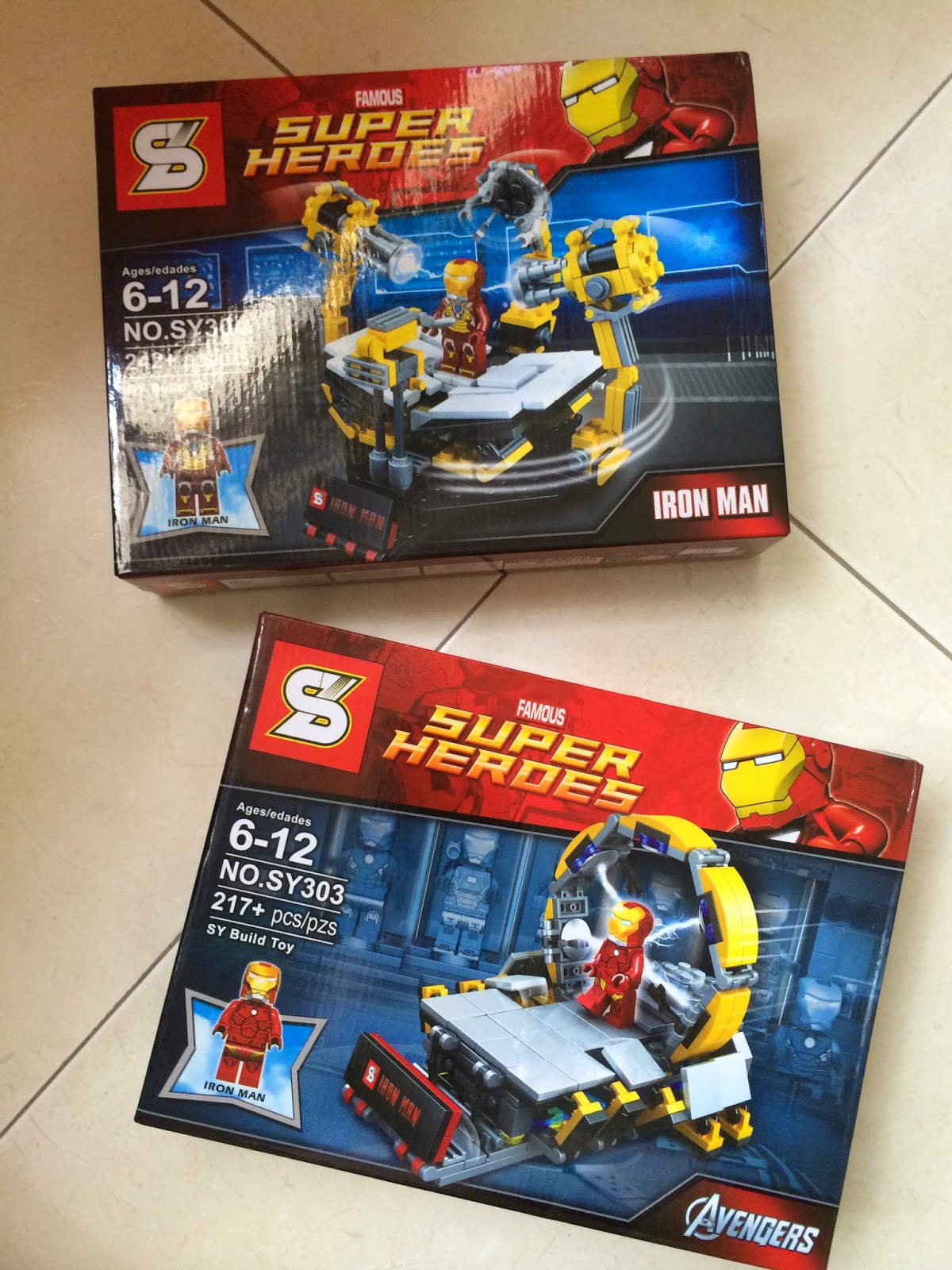 Apparently the Chinese are also aware of what a cash cow the Iron Man franchise is. Look at what they just came up with and as far as I know, there are no official Lego versions of these figures (yet). Wonderful attention to details, way cheaper than any real deal and lookit that, they even did a fake Iron Man Mark I figure recently, five years after the first movie! Plus while the big red Hulkbuster armor below is rumoured to be in the upcoming Avengers movie Age of Ultron, the Chinese came up with a giant-sized one first that's based on the popular comic book design. How's that for ingenuity? 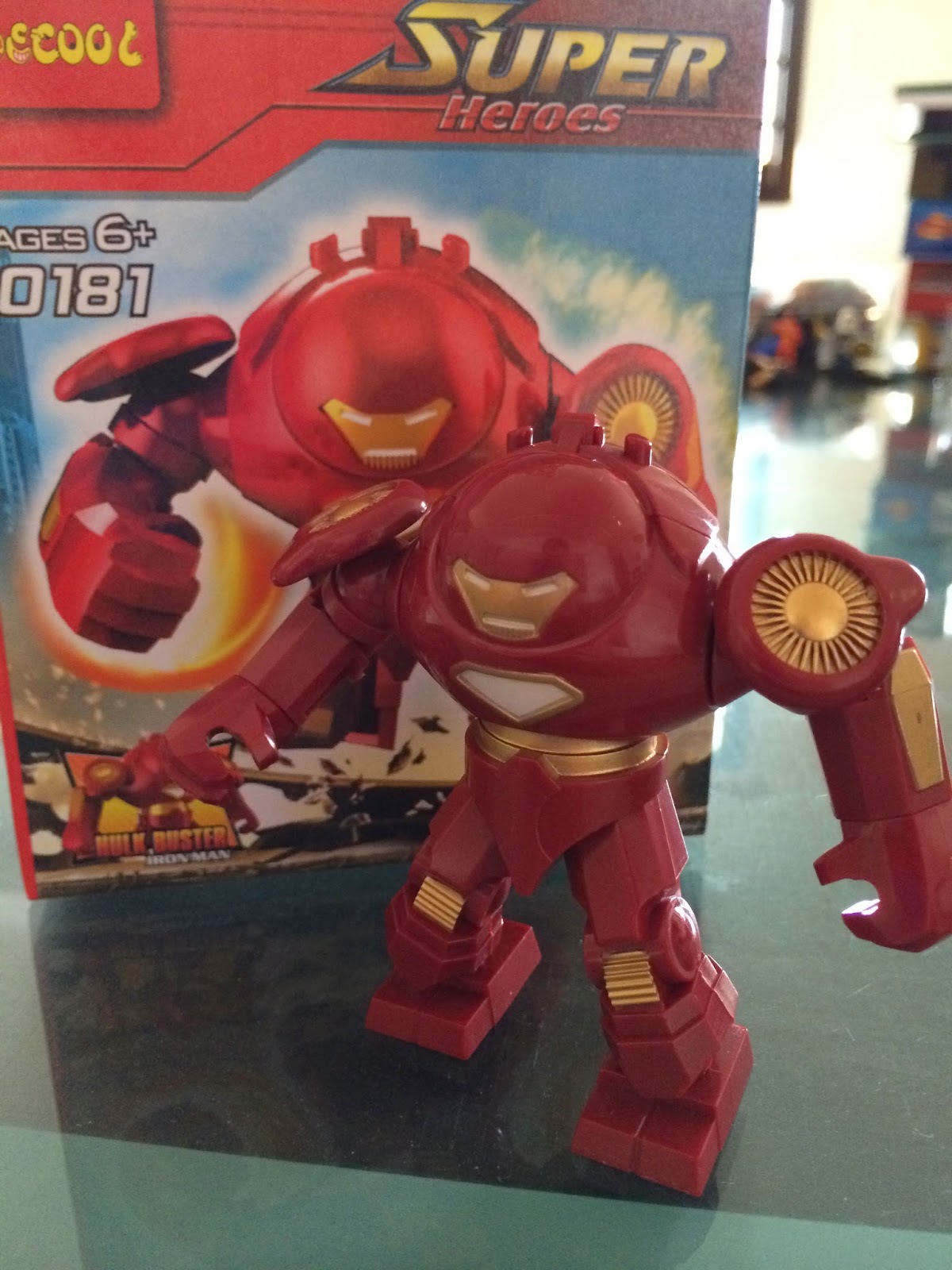 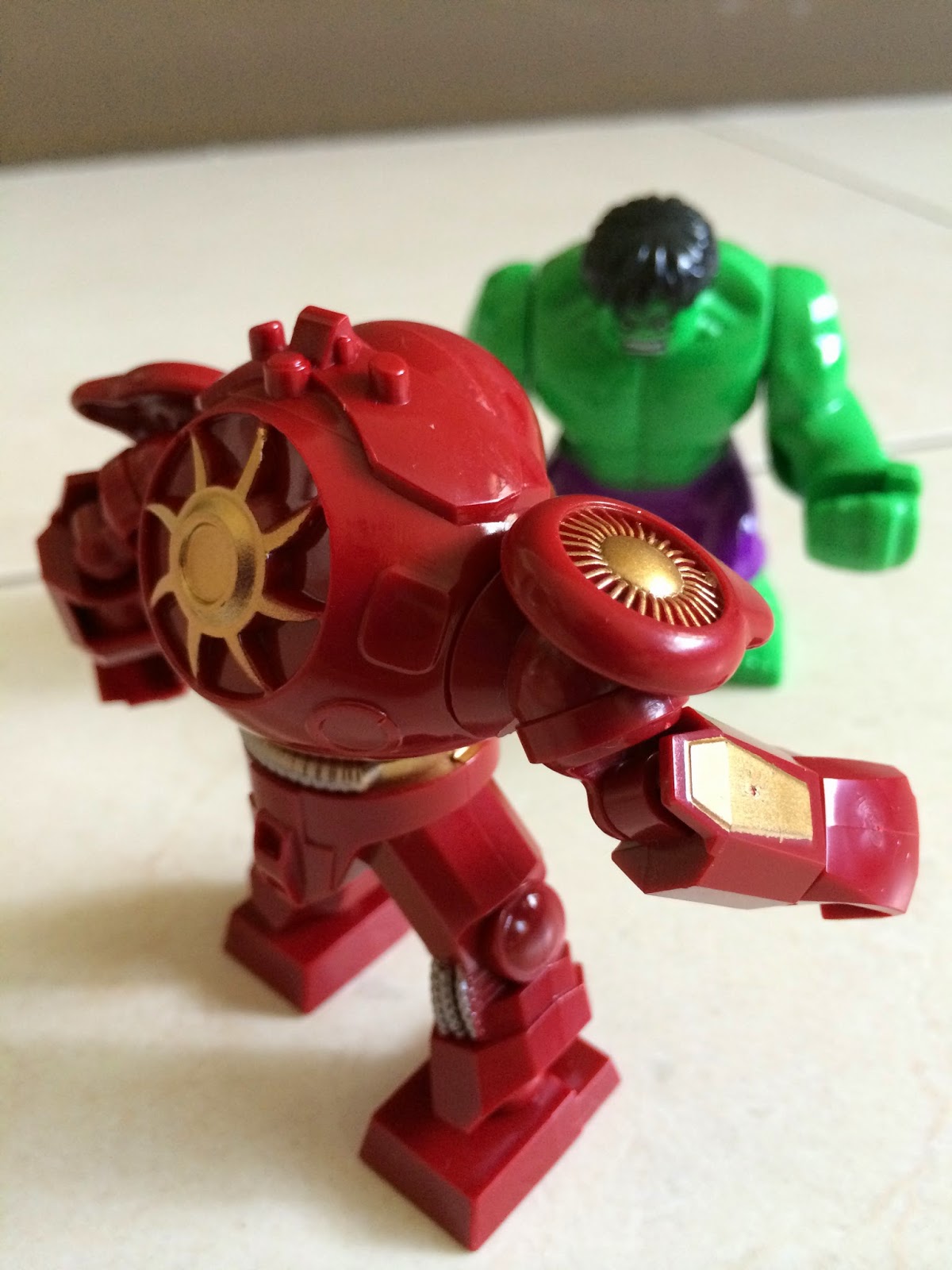 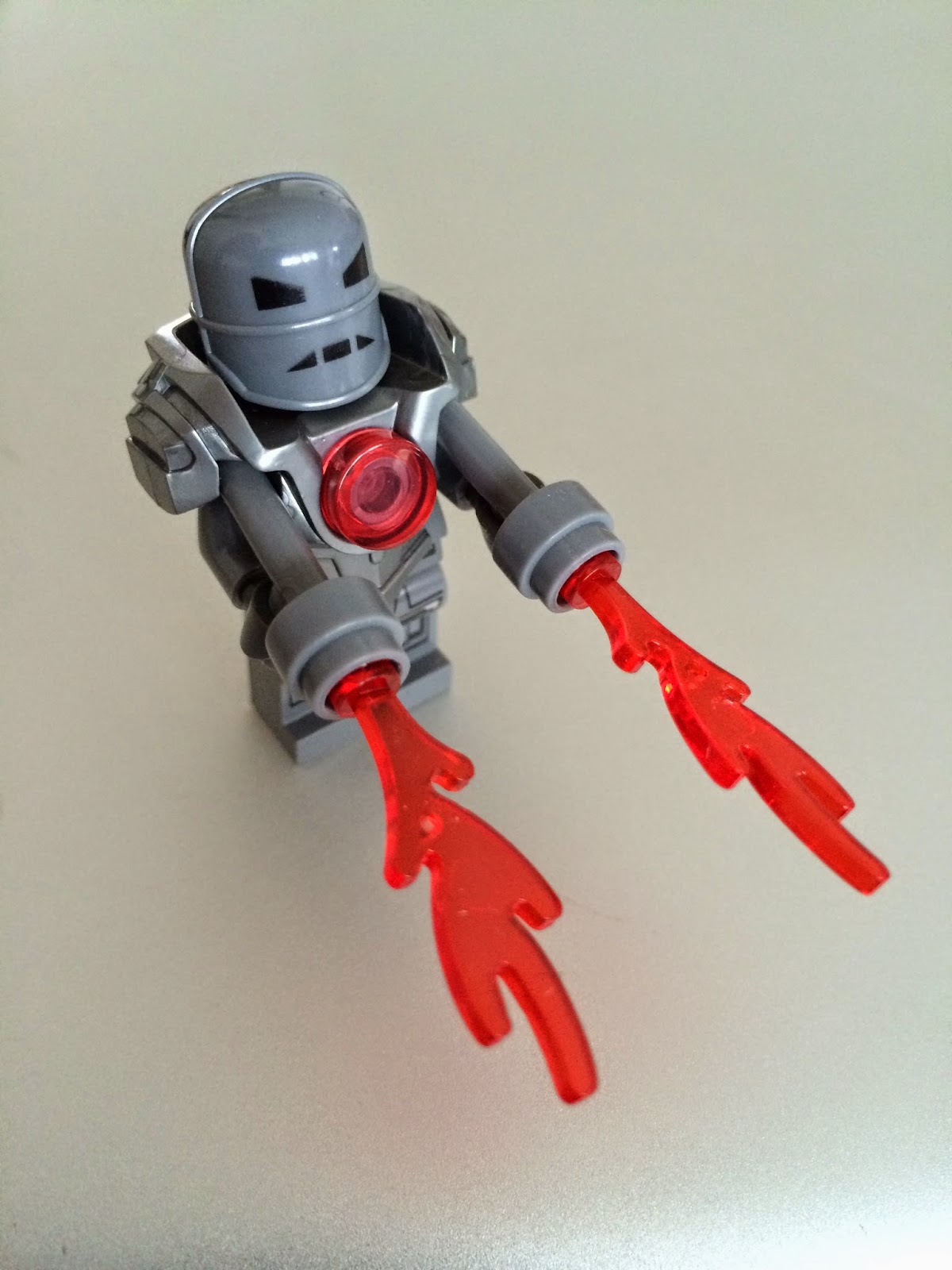 Another delightful and memorable experience I had with the fake Lego minifigures was during my time in Gen Con 2014. I brought more than a dozen figures with me and gave them to strangers I met. I handed them out to stunned cosplayers, kids and fellow gamers that, well, look like they could do with nice surprise. Friendly cosplayers who posed for us got one, like when I handed a Jack Nicholson (or was it a Heath Ledger?) Joker minifigure to a Poison Ivy cosplayer or when I gave a young couple wearing matching Red Lantern t-shirts an Atrocitus minifigure. On my last day there, I saw a little kid playing with some Lego minifigures and I gave his dad a Winter Soldier figure. These were all figures that aren't available as official Lego ones and to see all the recipients' faces light up (especially the Red Lantern couple) was priceless!