Cavalock and The Elopement at Haddon Hall

Another day of 'picking' at the old family home means another day of finding ol' family artifacts. Found a huge box filled with dinner plates, soup bowls and almost all kinds (and shapes) of other tableware, all bearing the same English landscape motif as a set of tea cups that was uncovered several months ago in a different room. Thought the tea cups and saucers were the only ones in the collection but apparently my late Mom bought a whole lot more. I suspect they are from the 1980s or 90s. Right now, I haven't even finished unwrapping them all yet and I can't imagine what else is in the box. 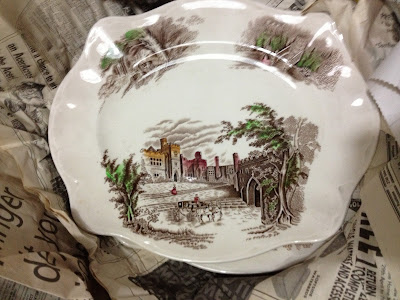 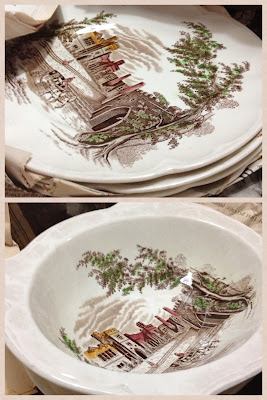 Now I thought this inscription on the back of the plates was really funny. So that's the picture of Haddon Hall and it's apparently famous because it's the scene of some 16th century elopement?!? How crazy is that! 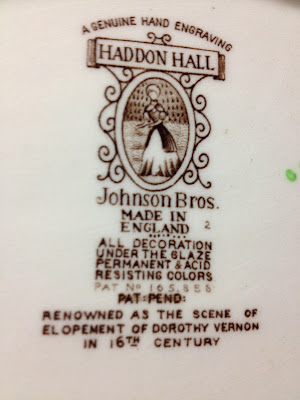 GEEK ALERT! Stop reading if you are not a geek!

I guess by now almost every true geek in town has seen the summer movie Pacific Rim. I saw it by myself on opening day in a quiet little cinema which is just the way I like it, and absolutely loved it. And since I only try to blog bout stuff that I like, here's why Pacific Rim was just so amazing to me. It's definitely not a movie for everyone. Paper thin plot, cartoony characters but for someone who grew up on a regular diet of watching anime and Kaiju movies, it was like a dream come true.

I remember watching the live action Japanese series Ultraman but it was dubbed in Malay cos it was on a Malaysian channel. Our government thought it was a bad influence back then. I also got my little paws on some Ultraman comic magazines and I think they were in Japanese or Chinese. There was nothing else like that on TV when I was growing up expect for the old Ray Harryhausen movies in the afternoon. So you can imagine how it was for a little kid to be exposed to all that giant awesomeness during that all-important "informative years".

When I started learning (and flunking!) Mandarin in school, that's when they started screening dubbed-in-Mandarin anime over at our local Channel 8. Gatchaman was unlike anything I had ever seen before while Robotech was fun although a wee bit too soap-operaish for me. Just don't get me started what an awful mess Evangelion turned out to be.

Besides re-living all those childhood memories on the big screen, Pacific Rim works on another level when you know it's also a labor of love by super geek director Del Toro, and it's filled with all kinds of cool nods to geekdom like the Cthulhu-like monsters and video game references. It totally enriches the entire cinematic experience when you factor in all these geeky elements and ... aww hell, it just totally blew my mind!

Thanks for positive review. Was excited abt watching it but reviews been so bad. To this day, original ultraman just doesn't sound right, esp female voices. Always wanted a giant robot (still miss all the toy departments in now defunct japanese department stores) but too ££. Besides, no one bought girls robots then. Also, loving the nature photos. Your dad sounds v.v.cool

Thanks so much for dropping by and liking the pix! I was thinking no one reads my blog anymore since there hasn't been any comments for awhile.

Yah, I really enjoyed Pacific Rim but like I said, it's not a movie for everyone. ;)

if you consider selling the plates, let me know!

Sure imp! Let me catalog all of them but it's gonna take bout a few weeks if that's ok.