Cavalock Returns to The Land of The 4.30am Rising Sun

Yah, I know its only been less than four months since we were in Japan but we felt we needed another break from our daily chores so here we go again! This was a pretty last minute trip but we managed to snag a decent room at our old fav hotel Keio Plaza Hotel instead of our now preferred Hotel Century Southern like in March this year. 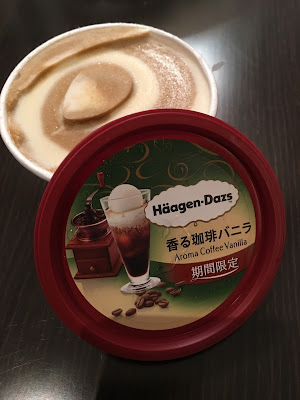 Well, there's only one way to kick off a Tokyo post and that's with our usual Haagen-Dazs update. Four months isn't that long but we found two new flavours, Aroma Coffee Vanilla and "Hinata Summer Panna Cotta" (thanks to Google Translate). The Coffee Vanilla tasted exactly like what you would expect from the name, in a good way. The Panna Cotta was citrusy with a nice cakey body. 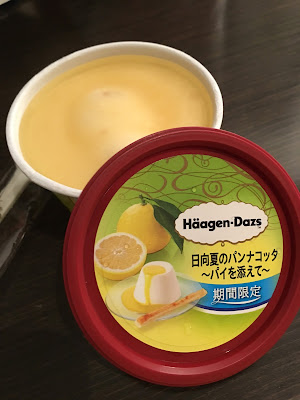 But my award for best ice cream dessert of the trip goes to this deconstructed or reverse-engineered Azuki Bean Ice Cream with Green Tea Crumble from SQ or Singapore Airlines. I know I don't really talk much bout airline food here but yah, instead of the usual green tea ice cream with azuki bean, they did the opposite and came up with this cool dessert. It's so simple yet elegant so has anyone else come up with this? 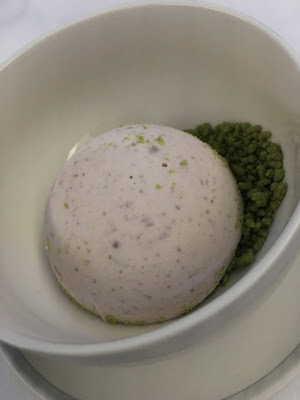 Man, I swear no matter how many times I visit this island in summer, I can never get used to the 4.30am sunrise. Especially now when the Japanese sunset is like back home around 6.45 or 7pm then you get long days and short nights which forces you outta bed way too early. Still, time is of the essence when one is on vacation!