Cavalock and The Poignant Potato Prognosis

If you have heard about the potato chip crisis in Japan, and maybe wondering how's it like here. Well, I dropped by Medi-ya yesterday and saw this. Doesn't look that bad. I mean there are still a couple dozen bags out there, all still at retail price. Hah! Seriously I'm guessing by the end of this week the shelves would likely be empty although I doubt if we'll see anyone hawking a pack at carousell. And then again I could be wrong but if anyone out there is willing to pay more than double its retail price, well, what can I say except there's really one born every minute. ;)

In other more upbeat news, we got new seasonal spring beer from Kirin! 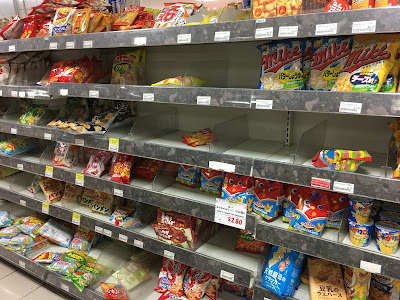 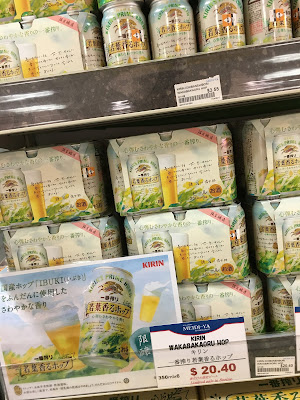 This has been a pretty good gaming month and we are just like halfway through only April. New games I got and played include Conan Boardgame from Amazon. Great scenario-based miniature game. It made millions of dollars on Kickstarter and I kinda regret not getting then. The retail box I bought is only half what Kickstarter was offering. So many more cool miniatures that I'm missing. 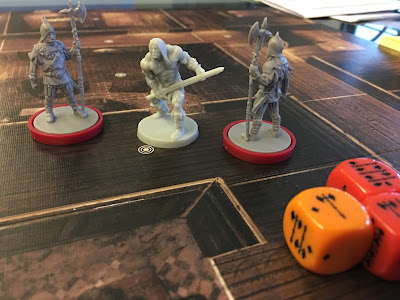 Other amazing games I played in April were Wind The Film, Wine Rating, Cthulhu Wars, Gloomhaven, Unfair and The Castles of Burgundy: The Card Game. Really enjoyed all of them. Wind The Film is a charming little Japanese card game that's a real brain burner. The below Castles of Burgundy card game is fun too and more of a resource management game if you are into that.

Wine Rating is another small Japanese card game where you are playing a wine critic and vineyard investor trying to score the most points. Simple and fun! So if anyone wants to de-stress with a game or two, let me know. I also had a blast playing the other bigger boardgames like Gloomhaven (bottom last pix) as well as Unfair but they are definitely not recommended for newbies and can even be kinda stressful cos there is a fair amount backstabbing involved. 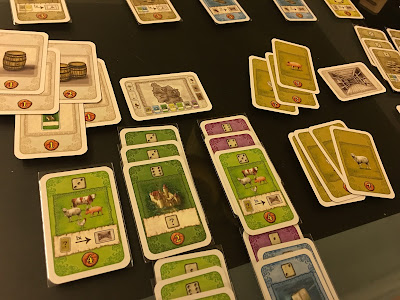 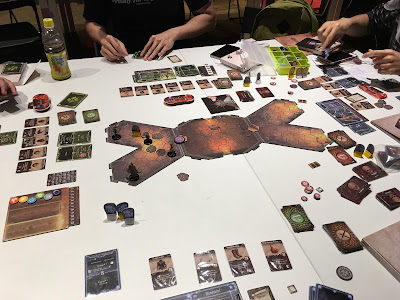