Cavalock and The Arkham Horror Acquisition

Just as I promised a couple posts ago, I made my second trip to Basilico last Saturday right after posting bout my first visit. 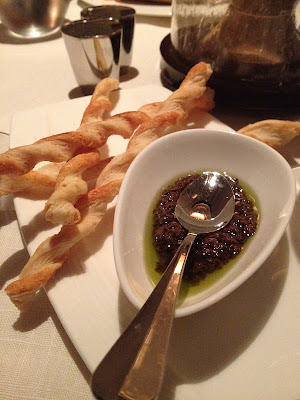 The set-up's a little different for dinners. There's still a buffet but that's only for appetizers and desserts. Lotsa nice cheeses and salads but no soups apparently. You choose one main course from the menu below and I picked the baked cod fish. 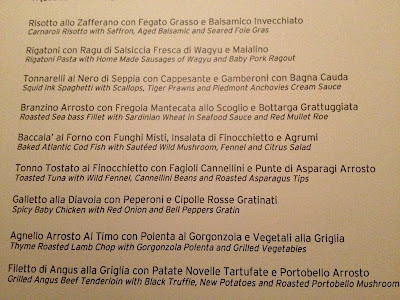 Not a bad choice as the fish was sufficiently moist and not too salty. I was at first suspicious of the citrus salad but realized that it went down very well with the sauteed mushrooms. Just stuff portions of both into your mouth and it's yummy! Yah, I know, I'm using the word 'yummy' when describing food! I'm sooooo not a food blogger! ;) 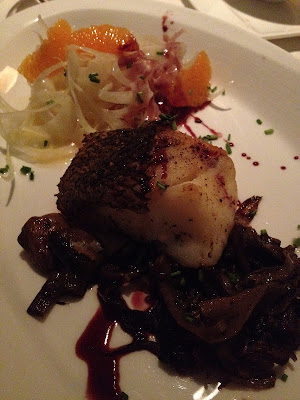 Not a very clear pix of the my main course but can't be helped as I was seated in the back of the joint where it's pretty dark.  There's always the crowd favorite, prosciutto and melon for starters, and for dessert, there were no canoles spotted but I got a scoop of canole ice-cream! 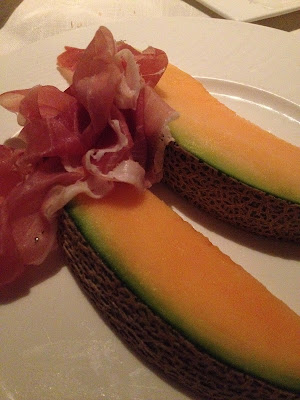 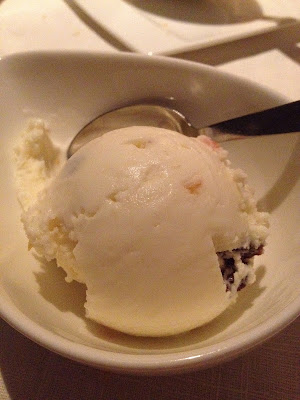 Geekout time! Was at a boardgame auction this afternoon. Now I think this is like my third or fourth boardgame auction over the last couple years, bid on a couple games never won any. As usual, interesting selection of brand new and secondhand games. 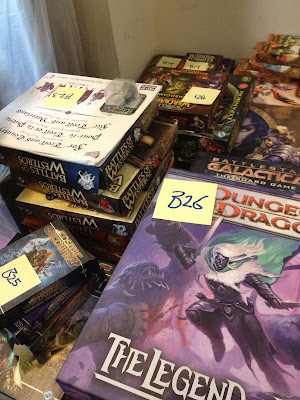 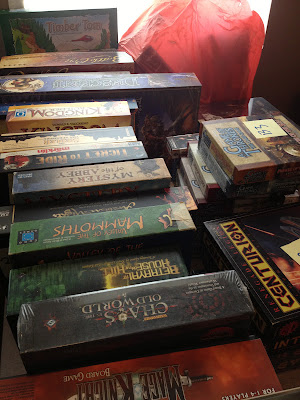 Now anyone who knows me well enough will know that I'm a total hardcore Call of Cthulhu fan. So when I saw one of sets up for auction was a (complete?) Arkham Horror core set with 8 different expansions, with a starting bid of only S$100, hell I ain't gonna let this one go. Retail price for the whole lot should be about S$400. 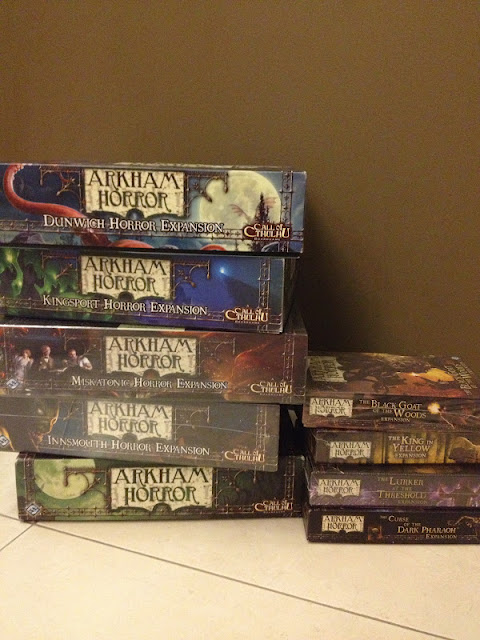 Then ...dead silence... no other paddle was raised and the next thing I know I'm the proud owner of a (complete?) freakin' set of Arkham Horror games for only S$115!

Now not everyone in my gaming group is a Cthulhu fan or enjoys cooperative games like Arkham Horror (most of us prefer very 'non-cooperative' games). Looks like it's time to start 'looking for party members' real soon. ;P 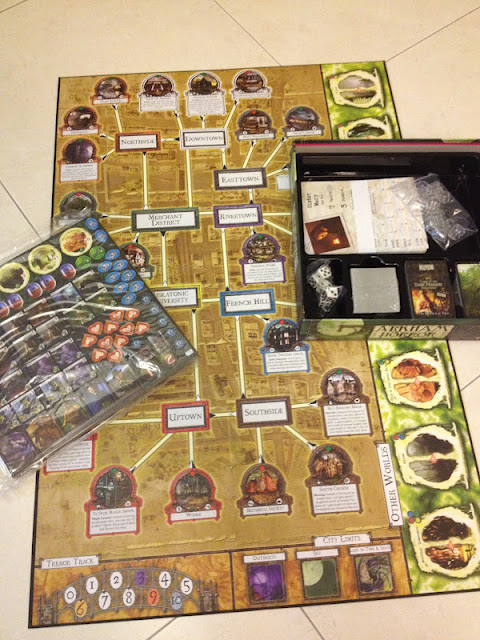