Cavalock and The Family Vintage Vault

I have a new full-time job now and that's taking care of my elderly family members. And I have no siblings or cousins here, it's all up to me now. I'm not complaining bout it but sometimes I do miss that human contact with other people besides medical staff and the elderly.

Now my days start off like an episode of American Pickers or Pawn Stars as I head to my old family residence and go through tons (literally 'tons') of stuff. We are talking bout total retro vintage stuff from the 60s to the 80s, local and foreign. You see, my late uncle worked for a bank and he got to travel a lot, he was even posted to the U.S. (east coast and west coast) for most of the 70s. So while my mom and aunts were more into 'Rule, Britannia!', my uncle was more into Americana if you know what I mean.

It's like walking into the House of Mystery (FYI old DC comic title), there's something something interesting as I rummage through the place. 90% of the time, it's stuff that I really don't think anyone would want, 10% of the time it's pure vintage gold.

I'm thinking of selling or donating them away but haven't decide exactly how yet. Just don't wanna throw them away that's all. I have already posted some of them on Facebook and the response has been pretty good.

I posted the cheongsams on Facebook and more than a few ex-colleagues are already interested in them. Need I say, all still in excellent condition and they belonged to my late aunt and mom who were really, really slim.

Now I guess the biggest collection in the house would be the cutlery and tableware, mostly from Europe I believe. What I really like or need is to get some of my family antiques like Chinese figurines and vases appraised. Anyone knows any? 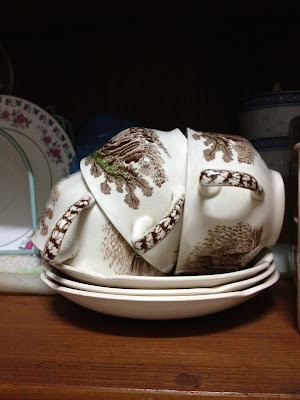 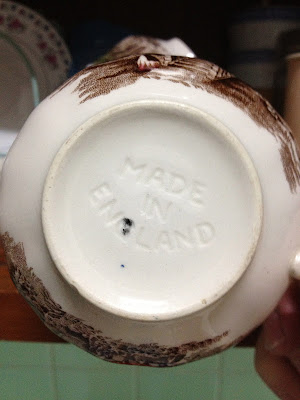 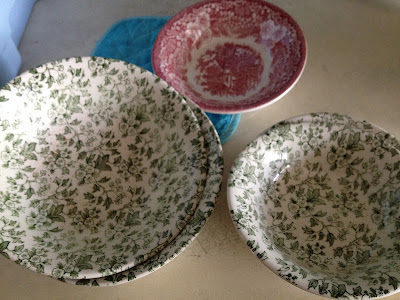 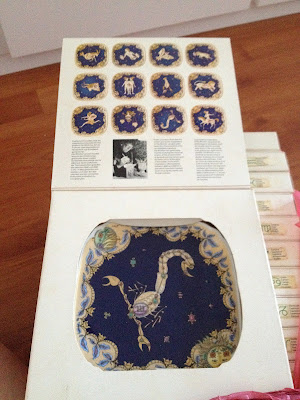 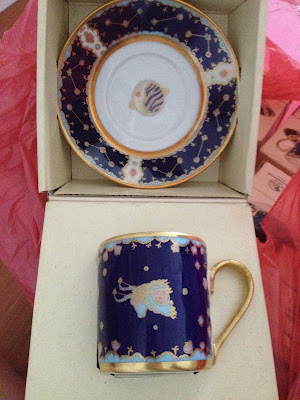 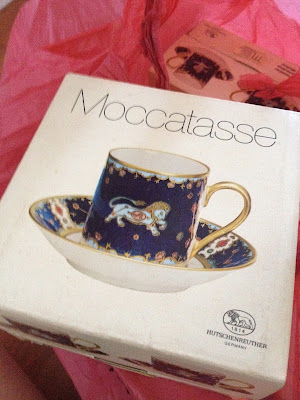 Nooo... don't sell your vintage stuff, especially the vintage cups. They're so lovely. But if you must, how about vintage shops like Carpenter & Cook? You can ask. Vintage shops are all in the vogue now.

How about selling them off at etsy?

Hi Ice, yup I did thought of etsy but not that keen bout the overseas shipping and all that. I used to do a lot of ebay selling in the past.

Remember to take time-out for yourself. That's of paramount importance. Caregivers need their full sanity, sense of humor, and well...coffee/tea/whisky. :)

Thanks imp, i do try to take time off to relax. but every time the phone rings, i jump!

I agree with ice, the teacups are soooooo gorgeous, keep them as heirlooms!