Cavalock and The Ginza Cronut Crescendo

It took us four years but we finally took our first bite out of the official cronut. The official croissant-doughnut love child was created by Dominique Ansel who was also voted World's Best Pastry Chef 2017. While in Tokyo last week, we dropped by Mitsukoshi departmental store in Ginza and found the calorie-laden cronuts of Dominique Ansel Bakery beckoning us in all their sinful glory. 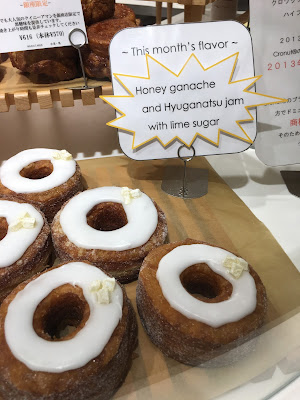 Didn't know they had a monthly flavour thing going. So how was this month's "honey ganache and Hyuganatsu jam with lime sugar"? Delightfully sweet with a noticable citrus lime kick. Coming in at 648 yen, it ain't exactly a cheap snack but worth it for a first timer like us. 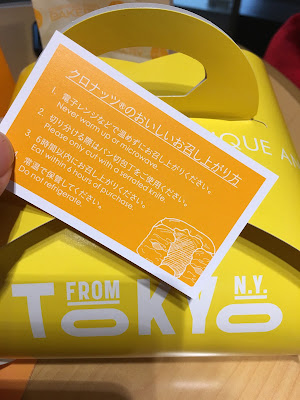 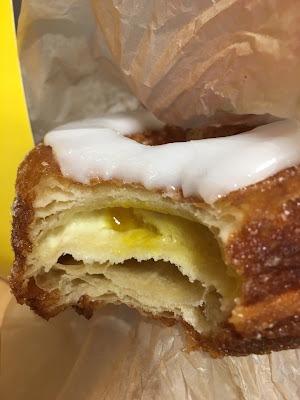 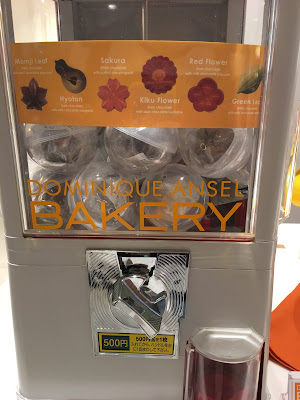 Being summer in Tokyo, the weather was crazy hot. In fact it was so hot that this was the first time I wore a pair of shorts instead of jean when outdoors. Summer in Japan is great for all the amazing cool desserts and fresh fruits but the heat can kill you. 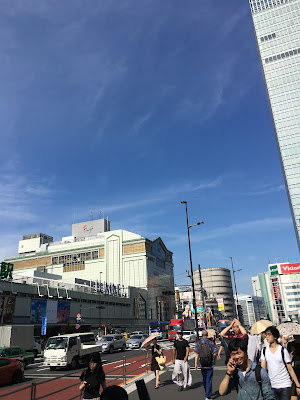