Well, I'm finally back to exploring the area around my apartment again or rather checking out the new food joints in the neighborhood. Heard about this new cafe for sometime now and got to drop by Jewel Cafe and Bar along Rangoon Road for dessert last Friday nite. Now I wish I had the opportunity to savor their interesting menu but we already had a most satisfying fish steamboat dinner right across the road. 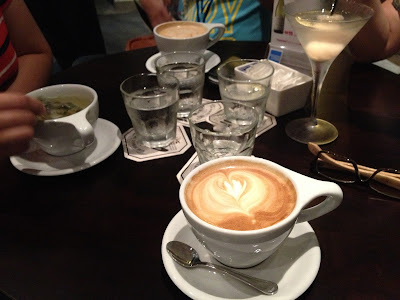 Since it was a Friday nite, the place was naturally quite packed when we arrived so we had a table outside. Had my caffeine fix of choice, a big foaming cuppa flat white. That's one of the differences between a flat white and a latte, it's gotta come in a big cup! It definitely helped complement towards a perfect end to the evening. Very, very well roasted with a rich aroma and I like how there's just the right amount of milk that it doesn't overpower the whole drink and turn it into a latte. 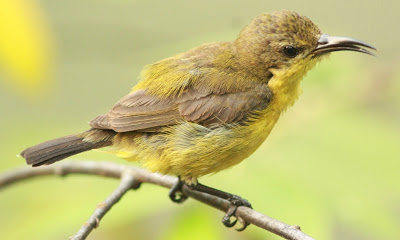 Now the haze certainly seems to have petered out quite a bit since the last week. But back during the week when it was at its peak (around PSI 300+), my 79-year-old Dad was still out snapping wildlife pix all over the island, without a mask. Yah, I was pretty concerned but that wasn't much I can do if that's what he wants.  As you can see, not his best shots but still quite interesting I guess, nests of herons at Pasir Ris all getting ready to start new families. I believe the above sunbird is probably the best close-up of that hazy week. 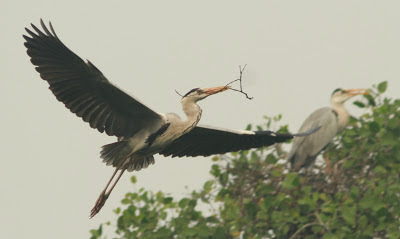 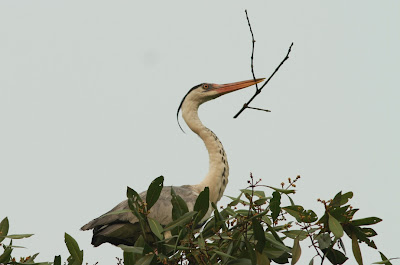 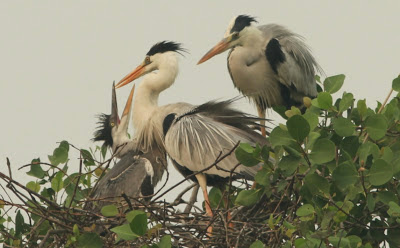 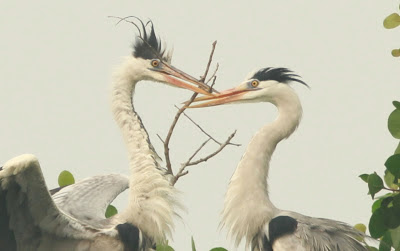 Posted by Cavalock at 6:13 pm No comments:

Cavalock and The Heston Menu Banishment

Something I saw or rather read earlier this week reminded me of my little trip to the U.K. back in 2009. Back then we were driving from London to Edinburgh and we made a pit stop at one of the popular highway Little Chef restaurants. Now this was just after the famous British chef Heston has revamped their menu to save the then ailing chain. And we were all pretty excited to have lunch there, and you can see the post and pix here. So you can imagine how surprised we were when we saw this article online. Seems like the locals didn't like Heston's revamped menu as much as we did! But I don't really blame them. I mean if some famous chef were to 'update' our local hawker fare, I think I wouldn't take too kindly to it either.

Another celebrity chef that I can't seem to stop reading about is Paula Deen whose use of the 'N'-word (years ago) has come back to haunt her. The ongoing saga is all here and I really like them late night jokes. Which reminded me of this post of mine a few weeks ago. It also got me reminiscing bout how we used the other less offensive 'N'-word frequently in my family back when I was a kid decades ago. I was taught by my aunts and uncles that the black guy on TV was called a Negro. And that's how it was whenever we talked about the black actors on TV cos living in this part of the world that's the only place we get to see any blacks, so I only used the word at home. It was much later in life when I started working that being politically-correct became a big deal.

Posted by Cavalock at 4:10 pm No comments:

Whoa! Looks like the notorious haze is away for today at least and I figured it's good time for a little shout out to my friend's ice-cream parlor Creamier at Toa Payoh. Since they started couple years ago, the shop has really come a long in a such a short time. Lotsa cool reviews and even the opportunity to create a special ice-cream dessert for one of the world's top 10 restaurants (Zagat guide), Lolla. Had a lovely affogato while I was there last month and listened to some rather amusing customer stories. 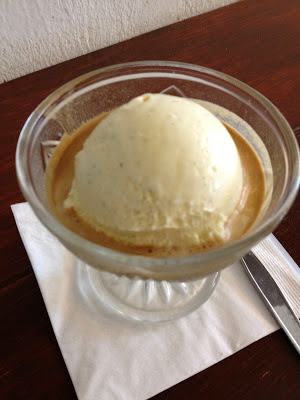 Time for this month's supermarket sightings. Spotted this rather expensive but supposedly healthier cheese slices at Market Place Paragon. Was actually looking for non trans fat butter and cheese but not much luck there I'm afraid. At Meidi-ya supermarket, there's Tony Roma's frozen ribs for sale! Not a big fan but here's one less reason to hang out near Orchard Towers if you know what I mean. Also when (and not if) the haze hits again and you got a craving for ribs, you know what to do. ;) 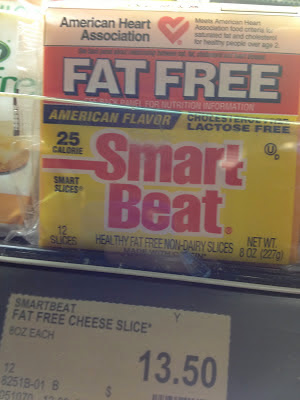 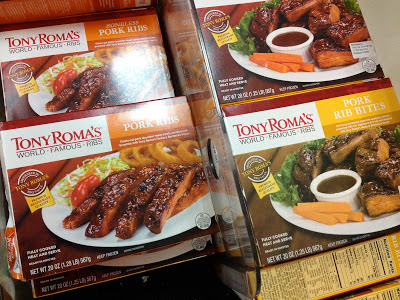 *Whew* Been pretty busy over the last couple weeks and picking though the old family home has been one of the 'chores' that had me sweating buckets almost everyday. I really liked these retro Old-Fashioned glasses from Martell. It's from the 1970s, has a nice solid heavy feel, and that crystal blue is just so damn cool. You can almost imagine Don Draper with one in his hand.

Old-Fashioned glass: This glass is a classic for serving spirits neat (without ice) or cocktails poured over ice (on the rocks). The glass is named after the Old-Fashioned cocktail, which is whiskey or Bourbon served over ice with a lemon twist.

Among the other 1970s retro stuff I dug up that's worth mentioning included a (still working) Casio VL-Tone, more fine bone china, a Little League baseball cap that's never been worn and still has the Macy's price tag, and a plaque belonging to my late uncle who spent most of the 1960s to 80s working in the US. Part of me is actually hoping that the National Geographic Society is a cover-up for some crazy freemason society. 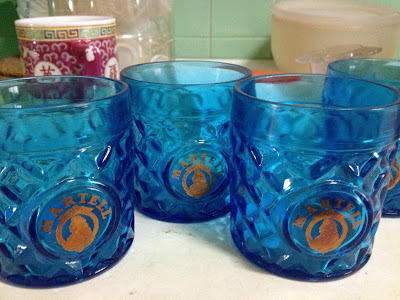 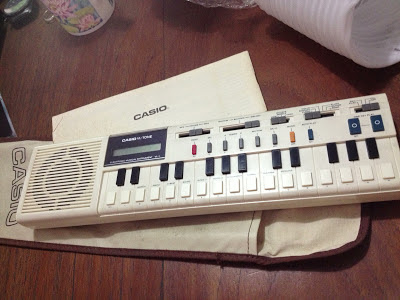 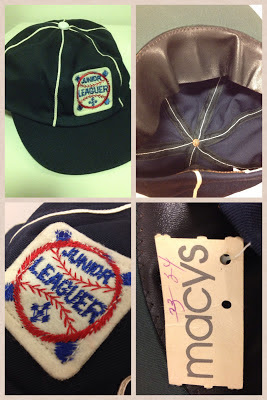 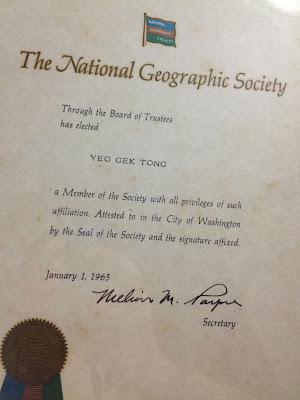 So I brought some of the stuff to a flea market a couple Sundays ago along Tanjong Pagar Road. Didn't really managed to sell a lot but it was kinda fun (locals bargain, tourists don't) manning my little table. I definitely have tons to more to sell and I don't mind doing it again once things settle down a bit. 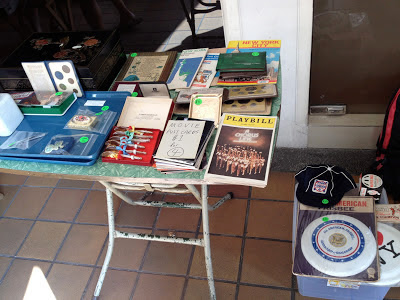 Shout out to my friend Audrey, a local designer who did some really cool cheongsams with the reams and reams of materials and fabrics I found in the old family home. Below are the latest ones using some of my old fabrics and you can check out the rest in my previous post. Her website The Girl's Kaksh is full of gorgeous cheongsams and other dresses. 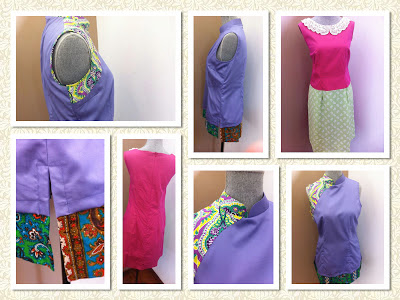 Posted by Cavalock at 7:43 pm No comments:

Seen it on TV, drooled over it online and in magazines but never really had one till last week. My first lobster roll and although it wasn't a full-fledged sandwich roll, it was definitely good enough. It was a lobster slider starter at Luke's and it was everything I expected it to be. The lobster was fresh, the bread was nicely buttered and toasted, my only gripe was it's just one little roll even though it said 'sliders' plural in the menu. I sure wouldn't mind a whole roll. 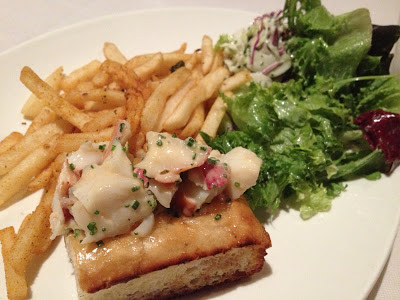 What else can I say bout this fancy joint? We ordered lotsa stuff and almost everything was good. I actually much preferred the starters and snacks than their main course chops. Look, you already got an amazing oyster bar selection, great salads like the tomato salad, delicious crab cakes and after all that I really didn't have much room left for the kurubuta pork chops that came with a huge order of old style hash browns. A really memorable dinner and did I mention bout the couple next to us who I swear is having an illicit affair. Dimly lit romantic dinner where she's married and he's not. Huh? Wattdaya mean 'real' food bloggers don't talk bout stuff like that?!? Damn it, maybe that's why I still don't get any food invites! ;) 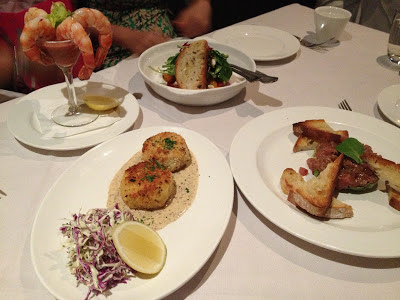 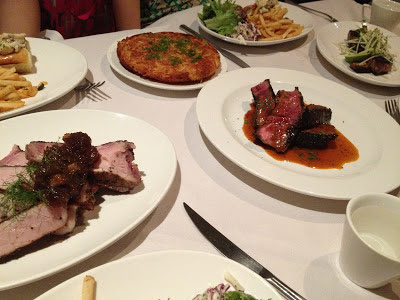 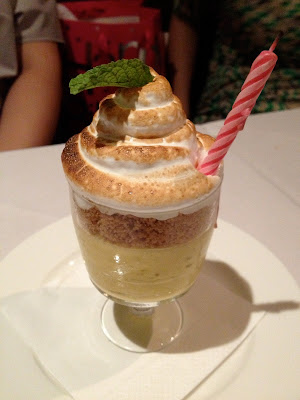 Well, my 79-year-old Dad has been stacking out a certain Sunbird's nest since last week and I believe one of the nestlings has already flown the coop. It's the same nest from my last post and you can kinda track how big they have grown. I think they look pretty cute. By the way, I'm thinking doing a little photo book thing with my Dad's photos and I was wondering if anyone out there point me in the right direction, like a good publisher? I sure would appreciate it! 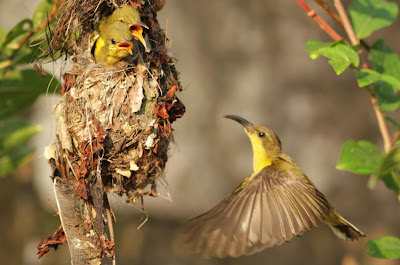 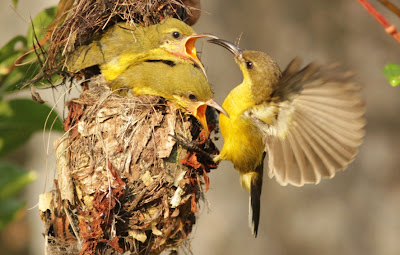 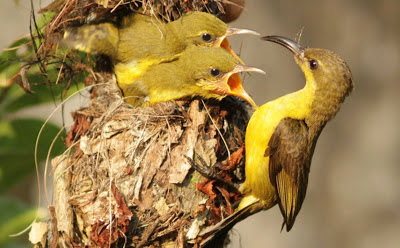 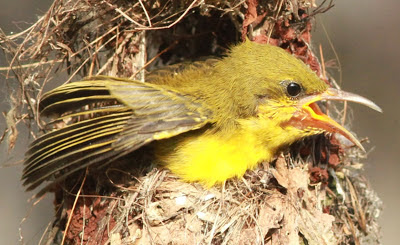 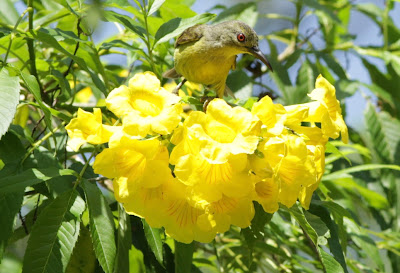