Well, I'm finally headng back to Tokyo for a vacation. It's a freakin' well-deserved one, if you ask me. Work has been horrible, loooooong hours like 14 hours a day, mean folks etc. I know I can afford to not work for awhile but you know, I like what I'm doing, just this place kinda sucks, and with the economy, it ain't wise to quit without a job. Man, I'm already dreading coming back to the office even before I have left the country, can you believe that? Anyway, I promised a long time ago not to blog bout work, so I'm gonna stop now.
I'm packed and ready to go. This will be my 6th visit to Nippon. One was pure work though, you can read bout it here and here, if anyone's interested. <^;^> Check out the crazy weather that I'm heading into! 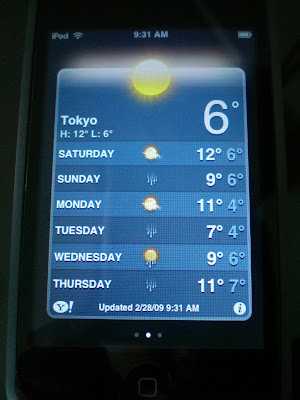 Does anyone read the Twitter thing I got up on top right of the page? Thinking of Twittering on my iTouch while I'm there, provided I can find some free Wifi.
Posted by Cavalock at 2:44 pm 7 comments:

Cavalock vs The World's Most Evil Snack 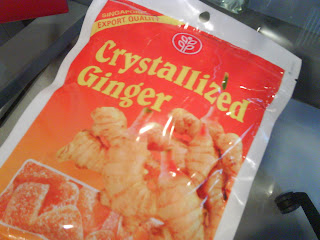 Saw this innocent-looking made-in-Singapore snack in the office studio the other day. Now I'm not a big fan of ginger, don't even touch the ones that come with the sushi. Anyway, the pack says or shows that ginger pieces are gonna be sugar-coated, and I just can't resist anything that's sugar-coated (you can see where this is heading). Yup, I figured anything that's coated with sugar can't be that bad.
Man o man, that little piece bout the size of a 20 cent coin, nearly killed me. Imagine a raw piece of pure ginger coated with a thin layer of sugar ... the sugar melted away in a second and guess what was left in my mouth.
Posted by Cavalock at 9:57 am 3 comments:

Another Saturday nite at home and listening to my favourite LA talk station, Saturday nite is good. Why go out when every joint is gonna be robbing you blind tonite just cos its V-Day...got another bottle of moscato in the fridge and I'm a happy camper.
The last week was super busy at the office, came home bout 11pm most nites, then its back in the office like 8 hours later. Didn't really go anywhere new to eat. But I did found some time to visit one of my favourite Japanese store's website, Tokyu Hands (yes, its TokyU). I'll always spend hours at their huge Shinjuku store whenever I'm in Tokyo. It's in the same Takashimaya building, together with Kinokuniya and HMV (or was it Virgin?). I can spend an entire day there!
Lots of cool, fascinating Japanese products, most of which yu'll never see here. Why am I visiting the site? Well, time will tell. Check these out...
A simple container that lets you make your own chips! Watch the video!

More cool stuff, like this leg cleaner, warmer watever ... dunno wat it does but it looks neat.

I can't get enough of the kitchenware section! This page really makes me wanna make and bring my own bento lunch to work. Hah! There's even a slot to put your chopsticks!

Cavalock Takes On The Southern Ridges

Bakerzin has a special this February with their S$1 macarons. Not a bad deal, bought 10 at Suntec. 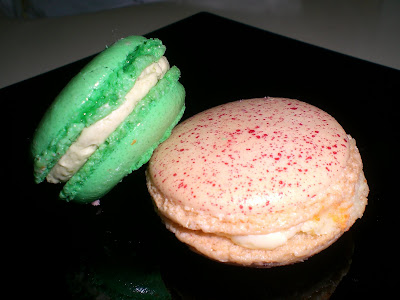 Props: Cheap at only a buck each. Taste real nice and sweet.
Slops: See the pix of them in the bag below? Hate it how they are all squashed in the bag like that. Some were pretty messed up. Can't they put them in a those clear long popiah/kueh containers? The flavours weren't that distinct either. The green one was supposed to be pistachio but I couldn't tell its pistachio. 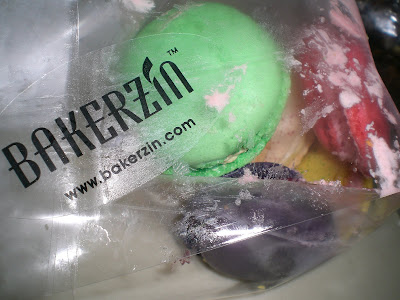 Finally headed to the Southern Ridges for my long-awaited, first time morning walk. 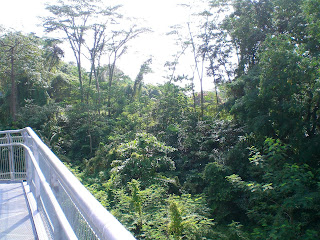 Got off the bus at Alexandra Arch and walked for just a little over an hour to Marang Trail, right next to Vivo City. Wore my scandals but it was ok. Had fun and worked out a good sweat. Only major complaint is NO monkeys!! I wanted to see some monkeys!! 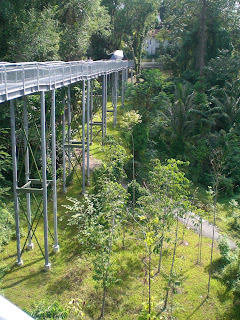 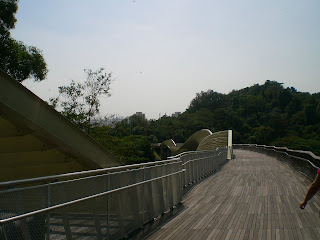 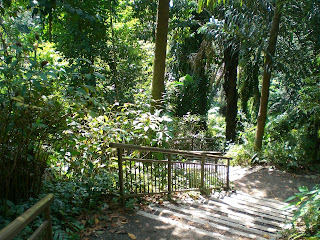 Look who came for the walk too! 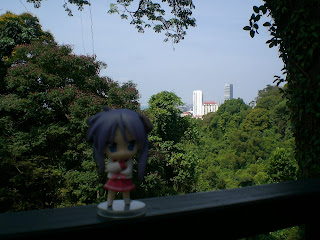 Cavalock and The Talkshow DJs from LA

I got two boxes of this from my mom when I went over to my folks' place a couple of months ago. Nice and sweet. 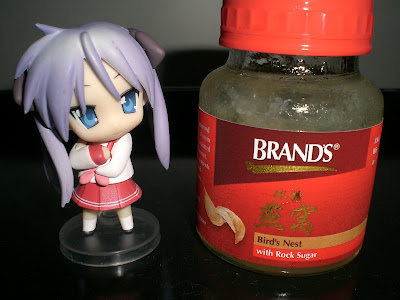 Now I don’t listen to much music these days. I been listening to a lot of LA talk radio stations thanks to the itunes radio application. And it has been like a breath of fresh air!!! You can’t imagine how refreshing it is to listen to radio DJs who have opinions, listen to frank and open discussions on almost anything from politics, religion, sex, current affairs, any freakin’ thing. Sure, some of them may be MCPs and I don’t agree with 100% (mebbe bout 90% I agree) of what they are saying but most of the time it’s really entertaining and I like it.
Listening to the people who call in, I’ll say half the population of LA lack any form of common sense whatsoever, total weirdo morons while the other half appear ‘normal’, use their brains, think things through… And there are lots of single parents and young married couples out there too. The talkshow DJs are actually helping these people with common sense and rational decisions. Man, there are really some messed up people out there in sunny California.
Man, I dunno if our local DJs can't speak their minds or they just can't think for themselves...or mebbe just plain dumb...
Well, before switching to the talk shows, I was like totally into the stand-up comedy stations too. Until like after a couple of weeks, you realise you are listening to more and more reruns. I still listen to them but only like an hour a day.
If you are in a vehicle and it’s travelling at the speed of light, and you turn on your lights, does it do anything?
I like to fill my tub up and turn on the shower, then pretend I’m in a submarine that’s been hit.
I bought some powdered water but I dunno what to add.
Why do they say ‘a penny for your thoughts’ when they are ‘two cents worth’? Someone’s making a penny.
Everywhere is within walking distance when you have the time.
I used to work as a narrator for mimes.
I have a huge seashell collection, I had it scattered across the beaches around the world. Maybe you have seen it.
Posted by Cavalock at 9:02 pm No comments: