Cavalock and The Hot Chick

*Whew* the course is finally winding down and I finally have time a little breather. Hmmmm....wonder if there's anyone still reading this. <^;^>
Life as a long-haired, hippy 'hermit' was ...er...interesting..., meals were fast and furious grabs at nearby food courts (Subway's too) and entertainment came in the form of the occasional comic book from the library. I got so many movies to catch up with but think most of them are already gone from the cinemas like The Hangover.

And I also have a long overdue hot date with this chick! 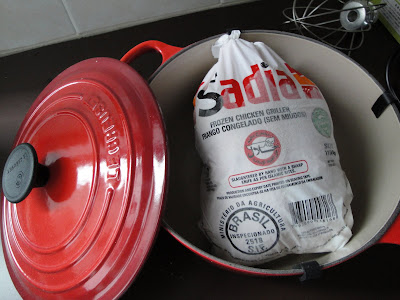 Been sitting in my freezer for more than a month now and I just saw this on TV. Figured why not give it a shot, looked pretty easy. Heh, famous last words uh?

Now there's a chance that I'll be roaming through London and Edinburgh in October. First time in Britain, the closest before was a stopever at Heathrow on my way to Cannes, France.

Just wondering if anyone if its alright to bring baked stuff like mooncakes through Btitish customs? Any suggestions to, like, good bookstores? Cooking or baking goods stores? and how the hell does this VAT thing work? Really appreciate any help. Thanks man.
Posted by Cavalock at 10:42 am 2 comments:

Not much going on right now, except me trying not to flunk my course. Hah! Saw this interesting poll at What Japan Thinks. It's about chopstick etiquette. Geez, I have to immediately say that I'm guilty of the first one. Never knew it was a no-no, I even saw more than a few Japanese men doing it.

Q1: Which chopstick bad manners can you just not break? 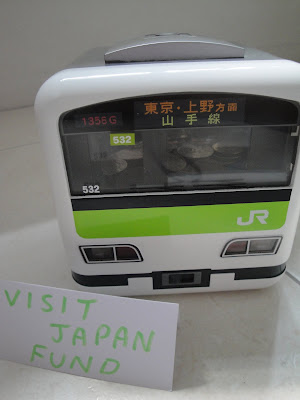 Managed to hand in an assignment today so it's time for a quick R&R and a short post. Yup, still no time for a meal that's worth talking about. So I figured it's been awhile since I posted anything about my other loves. And we all know that means a Tokyo stopover!
Besides the great food and easy-to-get porn, another of my things about Tokyo is the JR Yamanote Line. The loop train service that takes you to all the best places in the city. I luv it so much I bought a JR train piggy bank on my last trip!
Been dropping dollar or 50-cent coins. Cool part is headlights go on and it plays one of the random station signature tunes/chimes.
Think so far I got a little short of 50 bucks. Looks like it'll be awhile before I make my next trip to Tokyo. 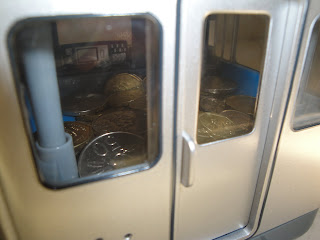 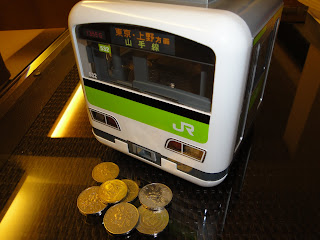 So what else is happening in the world of zanny Japanese toys? Check out the latest from Tokyo Toy Show, thanks to CScout Japan. One of my favs is another (piggy) dog bank, go watch the video. And something for the ladies whenever they need to go. 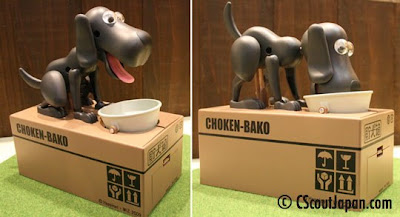 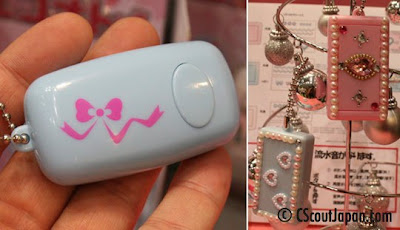 "Eco Otome solves the problem of Japanese women who want some noise to cover up their time powdering their nose. Now, instead of flushing the toilet before going, the tiny Eco Otome makes the toilet sound for you!"
Anybody wants one the next time I'm in Tokyo? <^;^>
Posted by Cavalock at 7:37 pm 2 comments:

Cavalock and The Return of The Wash Pole Patriot

Am still up to my eyeballs in project work but still its the national day weekend, I figured I'd take a break. Now you can't say its national day without the wash pole patriot. Yup, he or she is at it again. 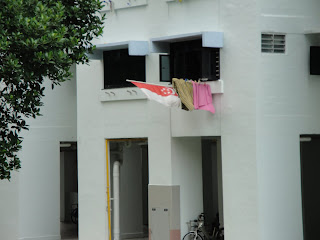 One interesting thing I re-discovered while hitting the books again is that I still do my best work in the dead of the nite, like almost midnite till 2am when it's dead quiet. I'm like most productive at that time. And with the Nespresso I'm now all pumped up to last the nite and beyond! Hey, I'm the kinda guy that can take an espresso shot at 11pm and still fall asleep an hour later. Not a problem! <^;^>
Not much chance to eat out at any new or fancy joint yet. But here's a well-deserved prata breakfast last weekend at Wisma Food Republic before heading to ION. The teh tarik (milk tea) is amazing, one of best and sweetest I have had. 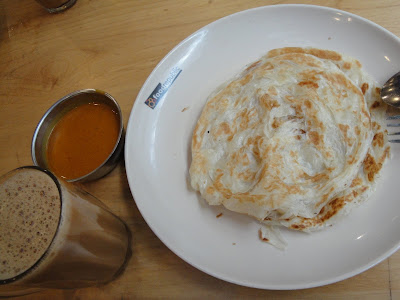