If there's ever a drink for OCD folks by OCD folks, I'm thinking this has got to be it. Jeleets Crush Jelly drinks are from Japan and I have always had a weak spot for Japanese coffee jelly drinks. The messages on the bottle are a constant reminder to shake it 7 times, and I mean exactly 7 times before drinking it. That's pretty damn specific. I guess it's cos of lucky 7? Anyway, the shaking process is supposed to break up the jelly bits in the bottle. 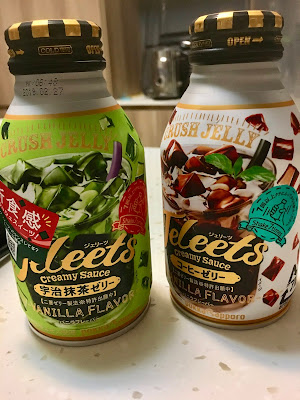 Bought the two bottles at our local Don Don Donki. I like the taste, especially the matcha vanilla flavour. Although I doubt I'll buy them again cos I have been making a conscious effort to lay off the "unhealthy drinks". In case anyone's wondering, booze is not an "unhealthy" beverage. ;) 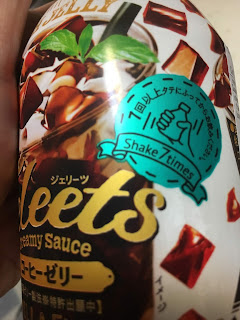 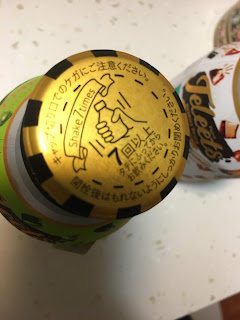 And since we are on the topic of drinks that are bad for you, can anyone tell me the difference between Coke Light and Coke No Sugar? I compare the labels, ingredients and everything and they both read exactly the same. 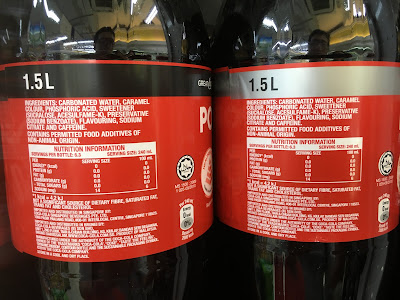 Now you guys have a legit reason to head to Fortune Centre instead of coming up with excuses to visit the infamous old office building that's perhaps infamous for illegal massage parlours. Well, the local vice cops have done an excellent job cleaning up the place and it's now a pretty ...er... decent place for a dinner or lunch date. Motsu-Ya is like an izakaya joint that opened on the first floor recently. It's a pretty small joint and its also part of Nobu-Ya, the Japanese restaurant downstairs. 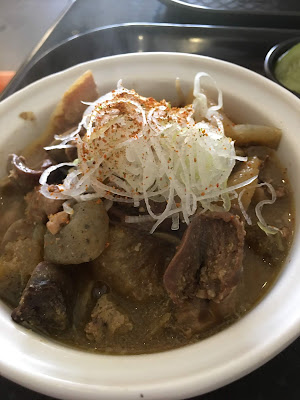 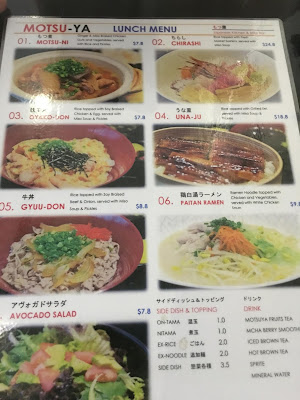 Had their speciality Motsu-Ni which is kinda like a chicken gut stew. Lotsa delicious, flavourful miso braised chicken parts and veggies. I don't think I have ever had or seen such a dish in a Japanese menu before. It's extremely satisfying. And an impressive booze menu usually warrants a second visit! 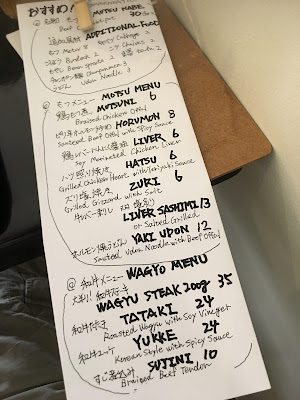 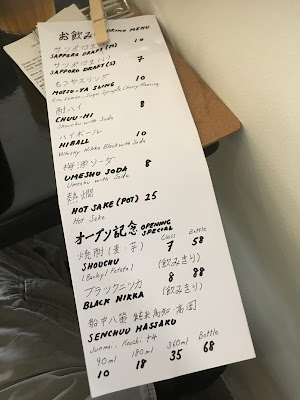 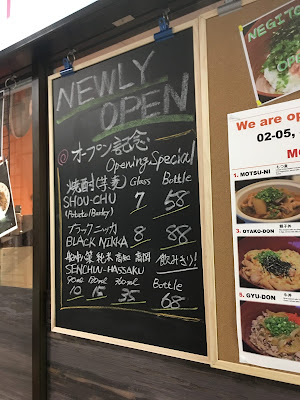 It ain't easy being a caregiver but I do get to help me 84-year-old Dad organise his latest wildlife pix. These here bee-eater pix were taken in Punggol in a single morning. 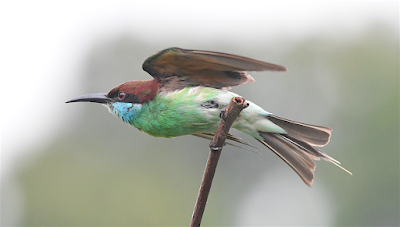 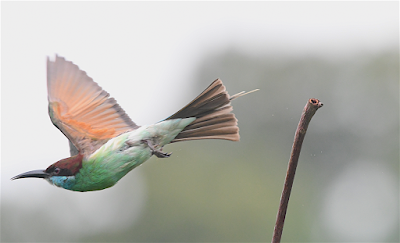 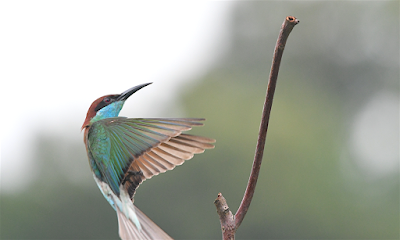 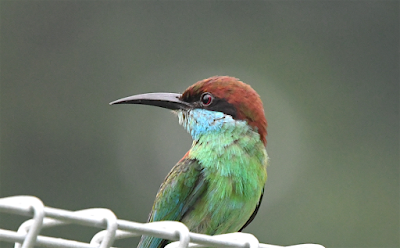 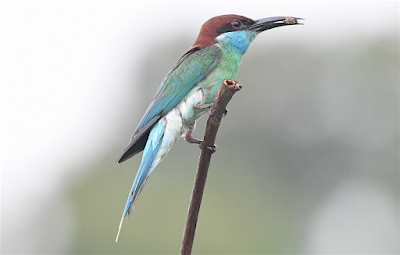 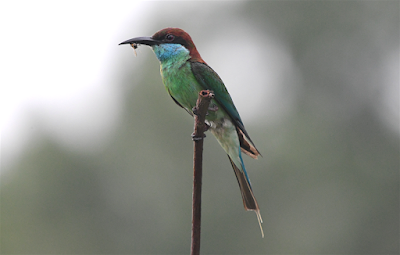 Cavalock and The Ramen Game Rant

Finally there's no long queue at Konjiki Hototogisu, the latest popular ramen joint in town. We were at CHIJMES for an early dinner and lookit that, no queue at 5.30pm. Hah! Early lunch and dinner have been a thing with me since I started working out again. Anyway, absolutely enjoyed the broth from my shoyu hamaguri ramen. The hamaguri clams, pork and everything that's in there just came together perfectly. The menu says homemade black truffle paste there too but don't go expecting a heavy truffle aroma like some western dishes are fond of producing. It's pretty subtle here as it should be. 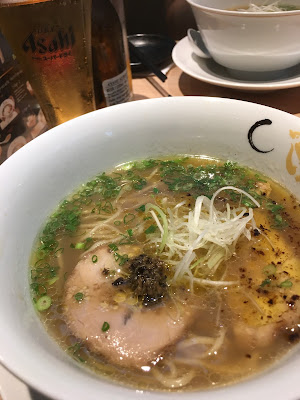 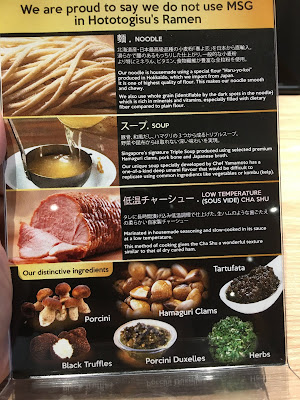 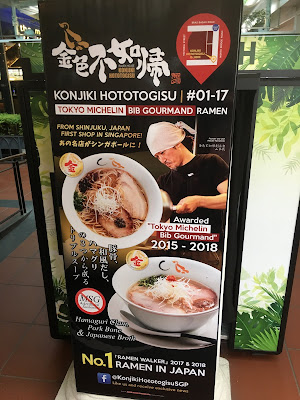 Harking back to my previous post bout soccer and now folks here are lamenting bout how much the country sucks at the sports. But I'm like "So what? Why are locals getting upset bout our national team or the entire country sucking at soccer? There are other sports that we are good or even great at, like swimming. No country can be great at every sport. I bet we suck just as bad at basketball and tennis but why aren't anyone making a ruckus bout that? Just accept the fact that we suck at soccer and move on."

My friend said, "S-League is crime prevention." Which I thought was rather amusing, well, maybe politically incorrect but it still got a chuckle out of me.

So what have I been painting? Almost finished these bad boys and so far this month, I have played 12  different boardgames and miniature war games. Played two rather heavy Euro games for the first time recently, Lorenzo il Magnifico and Great Western Trail. Both very popular among serious boardgames, each game about 2 hours long. Loved the former, hated the latter. Great Western Trail was a mess because no one knew the rules and we were reading them and playing at the same time. Got more than a couple rules wrong. Anyway, am always up for a boardgame or two, if anyone wants to, just let me know. 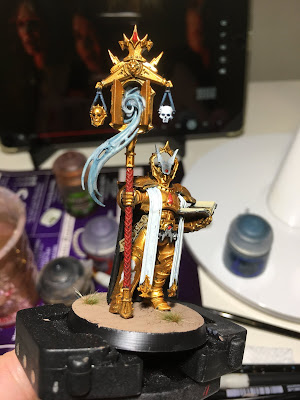 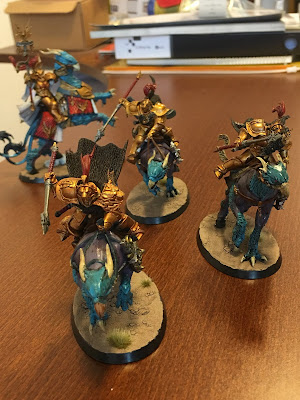 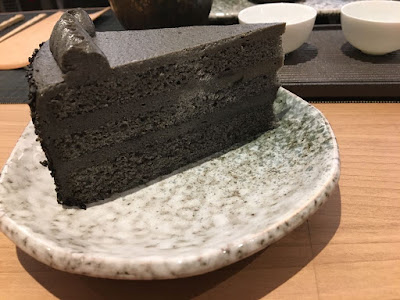 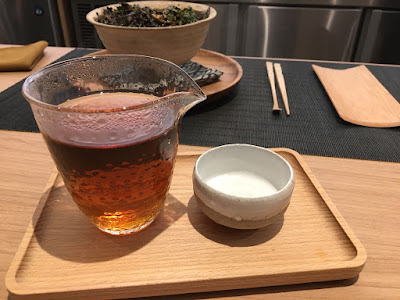 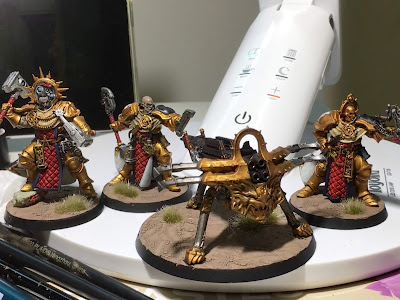 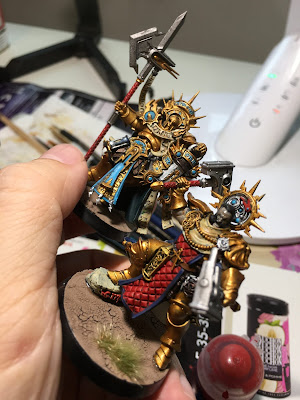 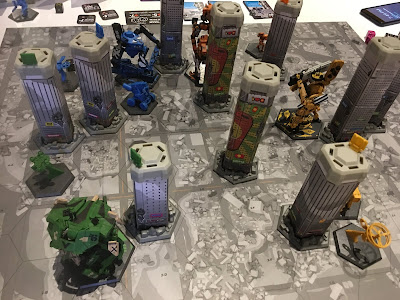 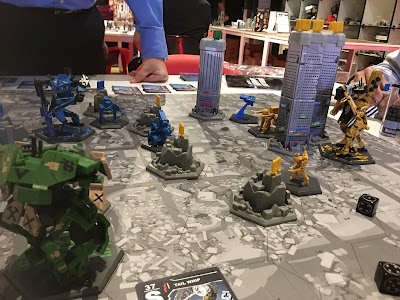