Cavalock and The Stingray Mussels Duality

Let's see now, my 2-month freelance gig has just ended but that doesn't mean I got nothing to do, not by a long shot ... well, not till the end of the year at least I think. Although they did asked me to stay for a couple more months, I said 'no'. Well, it's never too early to stop and smell the roses, and do the things you always wanted to.

I read this in the papers earlier this year, "Retirement is about taking a break from work pressure, it's about having time to do all the things you have had to put off, it's about freedom.

It is not essential to retire rich, but it is important to enough to retire carefree."

Since my mom's passing, I learned that there are waaaaaay more important things in life than work and getting caught in the rat race. Family, friends, doing the things you have always wanted to do and experiencing new things, I'll try to pack them all in or maybe I'll just veg out. <^;^> 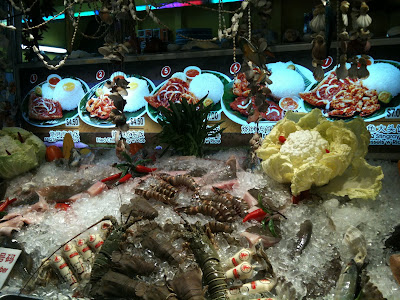 Their combo meals are what I go for. For S$4.50, you get one seafood like stingray or squid with rice and a sunny side-up egg. And for S$7.00, you get two seafood and rice.

I think these combo meals are a great idea. If an entire BBQ stingray is too much for you, you can have a smaller piece here with almost any other kinda seafood, and yes, I have asked for my own combo that wasn't up on the board. So does anyone know of any other seafood BBQ stalls that serve such combo meals??? 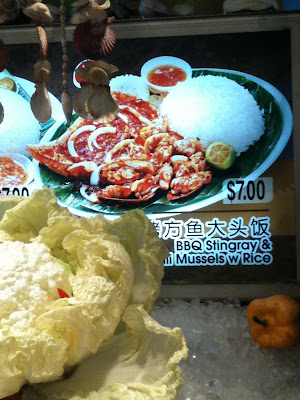 The S$7.00 BBQ Stingray and mussels combo is my regular pick for dinner. I like mine with a little less hot sauce, thank you. The pix below is one I 'ta-pow' or a takeaway order so trust me, it looks more appetizing on a plate than in a styrofoam box here. :P 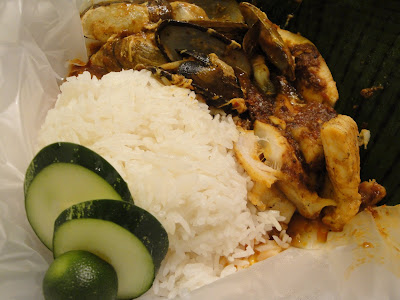 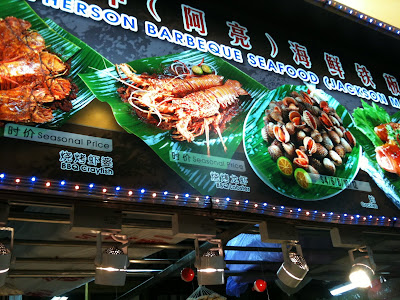 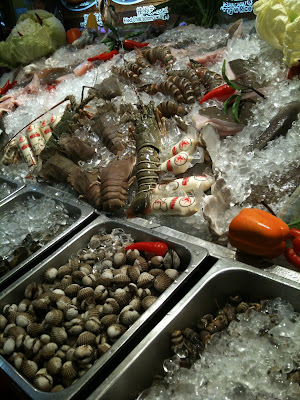 Cavalock and The Moderator's Fear

This year's Singapore Toy Game & Comic Convention was last weekend and boy, did I have an incredible time there. So many memorable moments, all good ones. 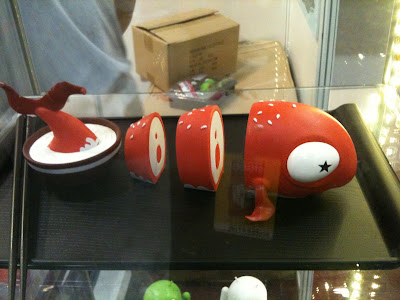 Without a doubt, best experience of all was me getting on stage and moderating a one-on-one panel with Guest of Honor, Paul Levitz, former president and publisher of DC Comics. Let’s see now, how should I put this…imagine asking a die-hard Beatles fan to interview Sir Paul in front of a camera and a hundred Beatles fans. So you can tell how I felt. Helluva nervous when I was first approached to do it couple weeks ago but really, for someone as high up the geek food chain as he is, he turned out to be one of the coolest and most genial person I have ever met. …Now keeping fingers crossed for own talkshow offer to come… :P 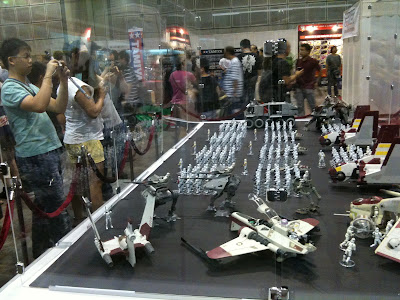 Despite several regular toy and comic shops pulling out of this year’s convention (for rather selfish reasons from the rumors I heard), the event was still seen by many as a bigger success than the last one. Rental was up but you got more overseas guests, larger Asian presence and from what I gathered, the feedback from exhibitors and guests were generally positive. 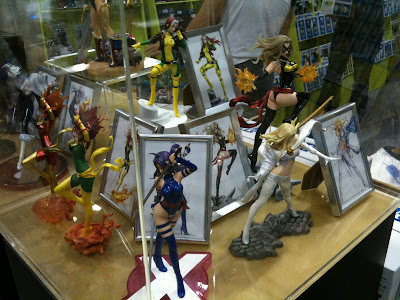 Besides my moderating debut, I managed to score some great bargains too. Mostly action figures plus a limited edition vinyl display toy, the O-No Sashimi by Andrew Bell. A hot seller at the convention, I thought it was funny and cute. Hey, I like sashimi, the designer Andrew Bell was there to autograph it so why not. Now all I gotta do is find a suitable place to display it. ;) 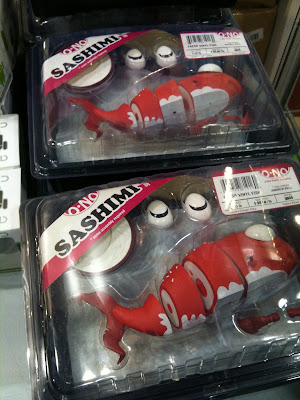 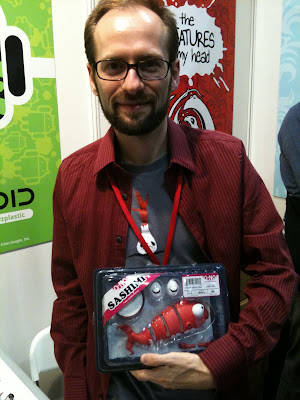 Other amazing bargains I got was the Classic Avengers figure set for S$45, spotted the only box less than half hour after I entered the hall. Great deal, grabbed it immediately. On the second day, bought the latest Batman Inc. figure for less than S$20, another steal at that price. Plus a lovely Catwoman sketch by the talented Wendy Chew. 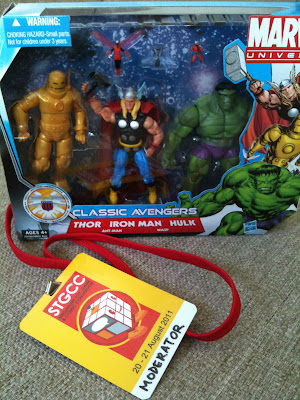 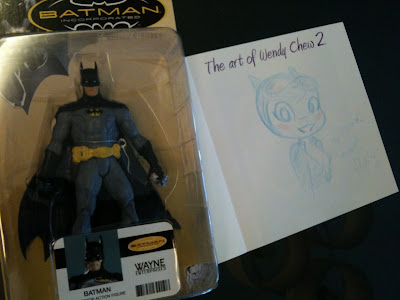 Another thing that really, really stood out for me was how nice and friendly everyone was. From stall owners to convention guests, almost everyone was cool bout everything. Had a nice short chat with the wonderful folks at the DC Comics and Kinokuniya booths. 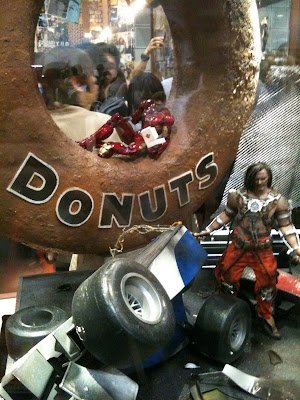 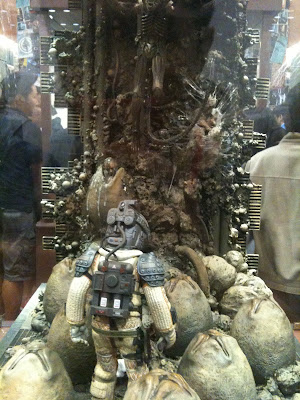 And the next thing I knew I had these little babies in my possession; a couple of San Diego Comic Con exclusives like a loose Zoom action figure and a Wayne Casino poker chip. 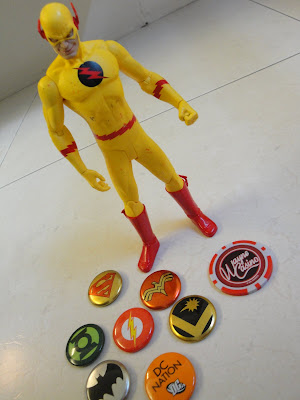 And finally, let's not forget that this convention is and always will be for the young and young at heart. 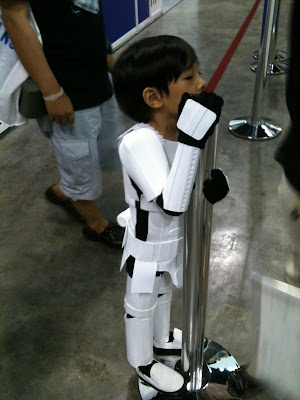 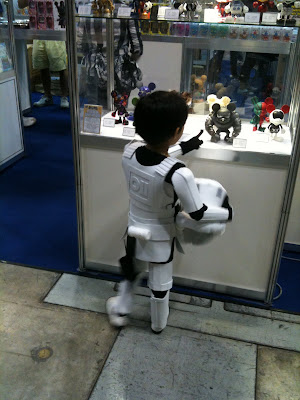 Oh, you gotta luv how the convention takes care of any 'lost and found' kids. No way you can miss them here. ;) 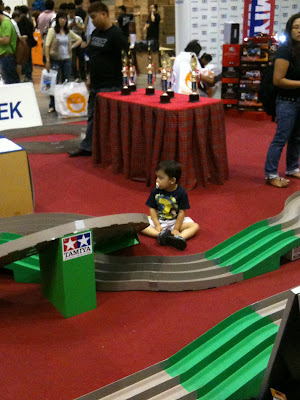 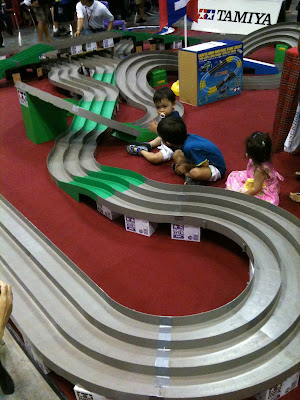 Posted by Cavalock at 9:18 pm No comments:

Cavalock and The Geek Food Odyssey

What an incredible weekend! Oh, next couple posts are all nerdy, geeky stuff so turn back now or forever be nerdified.

Last Saturday and Sunday was the Singapore Toy Game & Comic Convention and boy, did I have a blast! More on that in another post.

Well, the fun actually started on the Tuesday before the convention when I met up again with Marvel Comics’ C.B. Cebulski (who’s also an avid food blogger at his Eataku) at Oriental Mandarin and brought him to Old Airport Road for a late breakfast or was it early lunch? Anyway you can find those pix at his food blog. It’s his second trip here and this time he wanted at least a day away from the posh touristy food joints. We were joined later by those great, crazy guys from HereBeGeeks, Red Dot Diva and Ryan.

It was a non-stop feeding odyssey! 20 dishes in 10.5 hours across the island! And as for the lack of food pix ...hmmmmm... just felt more like eating than clicking that day. <^;^>

Then a cab ride to Joo Chiat for bak kut tay, one regular pepper bowl and another with their special herbal soup. Followed by Chinese desserts like pomelo mango pudding at Katong and we are off to Hong Lim Complex in Chinatown for more! Too bad the popular crayfish hor fun was all sold out when we got there but we soon found ourselves staring at more wanton mee, minced pork noodles, sour plum lime juice and curry noodles. 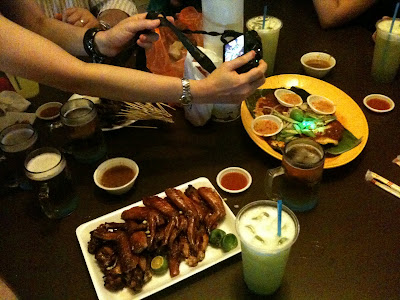 And that’s a wrap! Burp!

Cavalock and The Miette Mini Mistakes

Hah! My first public service announcement! If you have bought this beautiful baking book Miette: recipes from san francisco's most charming pastry shop, like yours truly here, then this little PSA definitely applies to you. 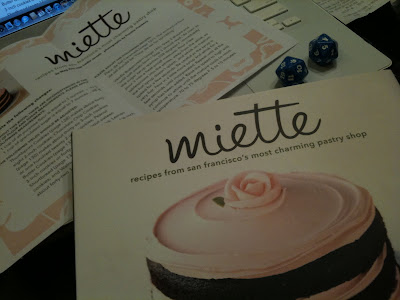 It seems like publisher Chronicle Books made a couple of mistakes in it and there's a link to all the amendments right here. Don't start baking until you read this especially if you are making Vanilla Buttercream on page 185. Anyway, it's still a great looking book with lots of yummy-looking pastries. No regrets getting it. I could visit the place one day.

Now since almost I know is posting kitty pix over the Internet, I thought I'll do my bit and post some edible ones. Probably the best looking doughnuts ever! Yup, of cos it's only from Japan. 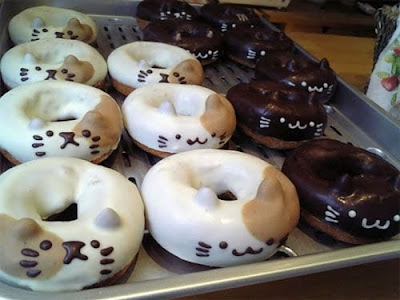 They are from a doughnut shop called Floresta Nature Doughnuts. Time Out Tokyo has this to say bout them in their Top 7 doughnut shops article:

This shop offers what they call ‘nature doughnuts’. Floresta has its main shop in Nara and its owners are a husband and wife team who wanted to make guilt-free doughnuts that they could feel good about giving to children. The flour, eggs, salt and sugar used in these doughnuts are all organic and domestically produced. Floresta avoids the large batch production that many other outlets use, and only makes doughnuts as needed. Other aspects of the doughnut-making process are also carefully executed with a conscience, right down to their choice of washing detergent, making their doughnuts both good for people and the environment. Floresta is take-away only.

Damn, I really miss the country. Pix are from floresta mama and here's a whole buncha other little critters too!

Cavalock and The Return of The Arctic Roll

How many people out there remember this from his or her childhood? Birds Eye Arctic Roll ice cream cake. Its been back in the local supermaket frozen aisles for like a year now. Well, when I was a kid I had them almost after every other meal. 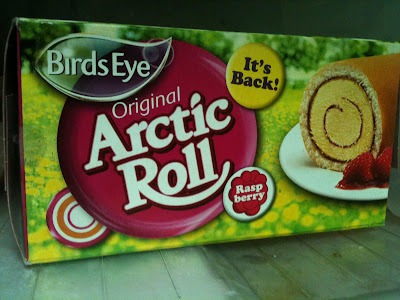 Cold, sweet creamy goodness plus thin layer of yummy sponge cake round it. It’s like a little slice of my childhood back in my mouth. Now here’s the slightly bizarre thing, just about everyone I spoke to never had it when they were young. No one remembers it or has had it before. I felt like I was in the Twilight Zone of desserts. Look, it even says "It's Back!" on the box so that means it was sold here some time back. 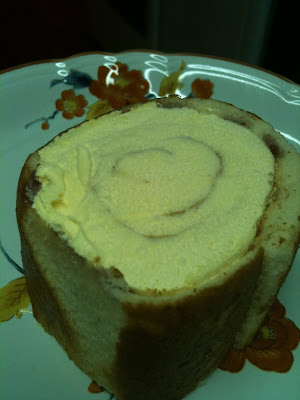 A futile attempt at a sepia shot of a slice of Arctic Roll here. But still tastes as good as ever. <^;^> 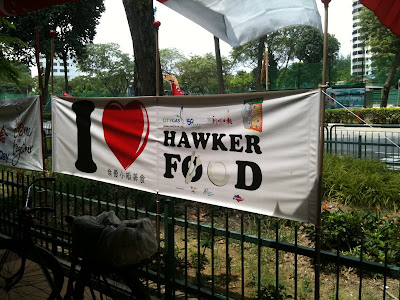 Here’s something I snapped on my way back from lunch. Quite possibly the most useless or redundant public campaign ever. Or maybe the very first campaign that I that fully support? Really, who needs convincing?