Cavalock and The Food Street Swerve

Was extremely honoured that to be one of the select few to dine with Gordon Ramsey at his new restaurant Bread Street Kitchen. To finally be welcomed as a primer food blogger is truly a dream come true. Rammy's (he luvs it when people call him that) masterpiece is this seemingly simple dish of basil chicken. 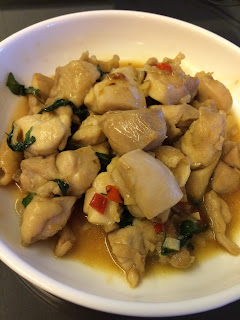 HAH!!! I'm just yanking yer chain! I was never invited to Bread Street Kitchen nor any restaurant for that matter! I still anxiously await the day that I shall be bestowed the title of local food blogger like so many out there, and be overwhelmed with invites to every other restaurant and cafe on the island. No, I don't, I honestly don't. Heh! By the way, the above is in fact a delicious home-cooked basil chicken dish by the baker-at-home.

So my 82-year-old Dad is still spending his mornings stalking birds all across the island. Am thinking of putting together another little book on his photographs, just for fun. Self-publish it like the last time. Gawd knows I got enough material for at least half a dozen books. 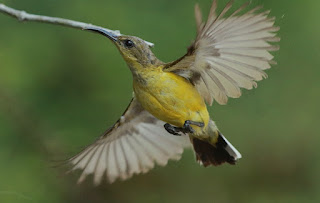 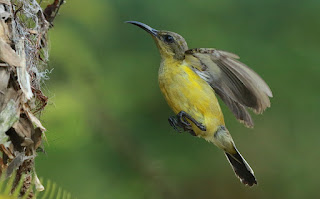 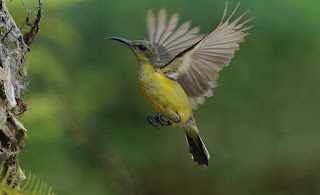 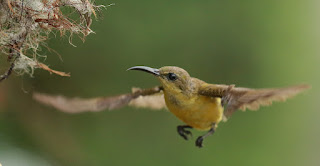 Cavalock and The Eclair Exposition

I suppose it would be very unpatriotic of me to say that I'm not really into all this SG50 celebrations. It started alright then when it got plastered all over anything and everything, that's when I checked out of this overblown national chest beating circus. However over the weekend, I stumbled upon this little SG50 tribute that certainly earned my approval. It's Two Baker's Ondeh Ondeh Eclair. So you got your regular French choux pastry but it's filled with crazy good gula melaka and topped with some coconut. You take that bite and it's all sweet-ass gula melaka goodness, then that heavenly pandan and coconut glazed layering kicks in. Next to it, the salted caramel eclair came out like some ugly cousin. Nah, I jest, it was alright but the Ondeh Ondeh Eclair stole the limelight. 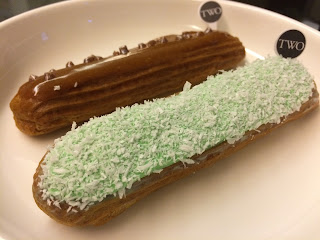 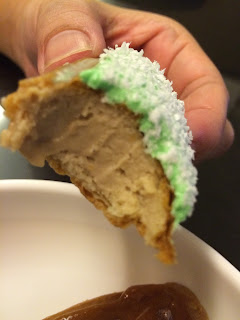 I know I'm a little late for the party but I have just discovered the joys of Amazon free shipping. Most of my haul have been boardgames and they are just so cheap or rather reasonably priced compared to the local shops. I have said it before that the game shops here are just committing daylight robbery by charging waaaaaaay above the suggested retail price. Plus shipping (so far) only took about a week and a half for my package to get here! 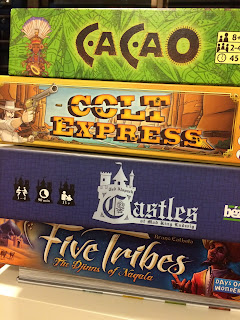 With Amazon free shipping, it's easy to go over US$125 with just three or four decent boardgames. Over the last month, I got the above Cacao, Colt Express, Castles of Mad King Ludwig and Five Tribes boardgames. Last I checked each is going for around double the suggested retail price at our local game stores. Talk about profiteering! 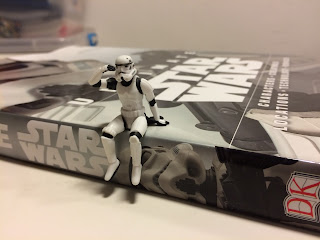 Another cool deal I got outta Amazon is The Ultimate Star Wars, a massive hardcover guide to the official 'canon' Star Wars universe. None of that Expended Universe crap. Kinokuniya selling it for about S$65, Amazon sells it for .... drumroll ... US$25!

Cavalock and The Return of The Lost Hoover

Once again, it was time to explore my neighbourhood hipster joints. And so we found ourselves having dinner at The Refinery that's just a five-minute stroll from our tiny apartment along Jalan Besar. Nice ambience if you are into the industrial deco look. Some hits and misses. The "Onsen" style signature quail eggs below we like as well as the yakitori chicken thigh. Not so crazy about their chicken wings which were too greasy and salty. Anyway the place on a weekday night is less crowded and a little cozier than I expected. So I'm looking forward to a return visit soon and maybe sampling their drinks menu. 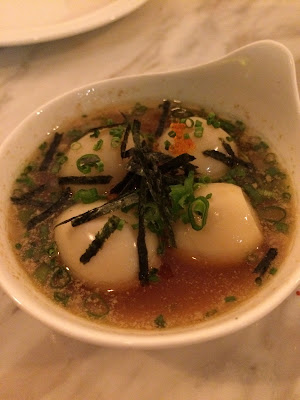 Alright, I gotta do a little sales pitch now as I'm trying to sell this honest-to-goodness retro Hoover vacuum cleaner from the 1960s. Am clearing out my late uncle's apartment (not to be confused with the old family home) and this is something I remember 'playing' with back in the old family home. I honestly thought my aunts or uncles threw it away until I found it in his apartment. All the original parts are still there and in surprisingly clean condition. Hey, Mad Men may be over but that doesn't mean you can't continue reliving the 60s! It's a great conversation piece too! ;) I have no idea what something like this costs so name a price if you are interested. 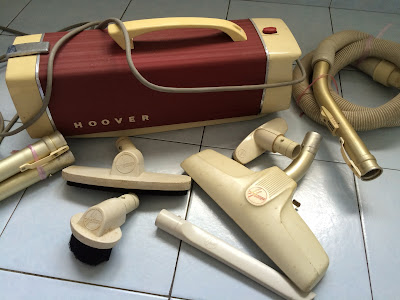 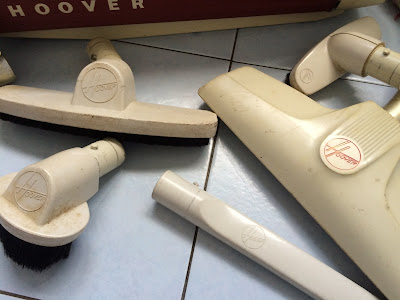 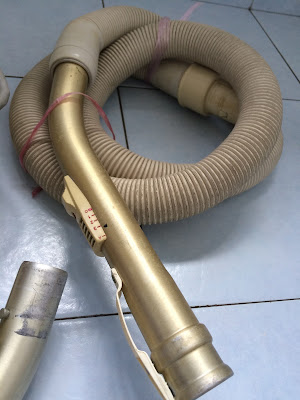 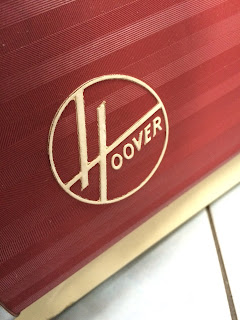 So my 83-year-old Dad was one of the photographers who managed to snap this pied fantail nest at Pasir Ris Park recently. He had to stake the site out for a couple of weeks, observing the nestlings as they grow and learn to fly. Hope you all like the shots. And there's a more detailed write-up bout it here by the Nature Society. 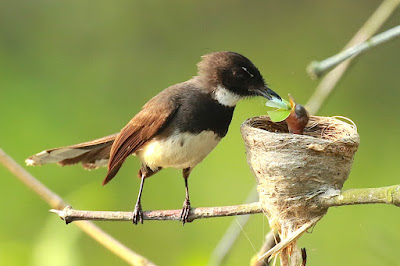 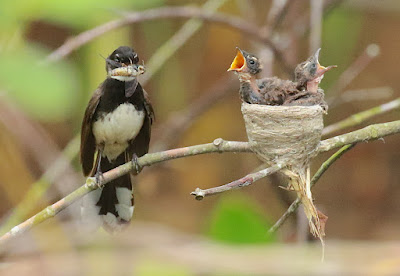 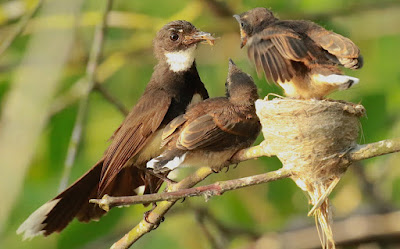 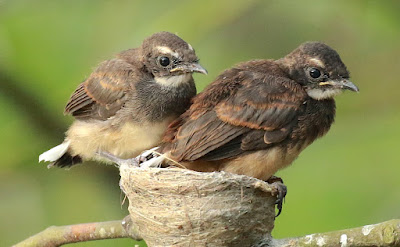 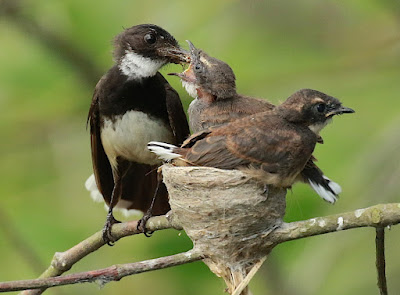 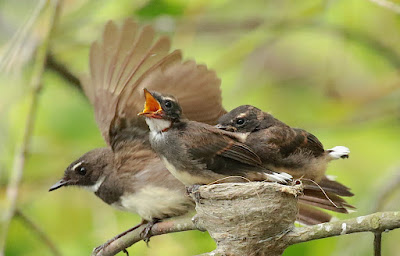