Cavalock and Those Rich, Refreshing and Profound Beer Glasses

This has to be the best damn piece of advertising copy I have read all year. I remember how we used to come up with crap like this to 'entice' or convince folks to buy our clients' products but this guy or gal has almost taken it to the next level! Seriously, I have no idea how true these points are or what kinda science they got to back it up but you gotta appreciate work like this. Hah! 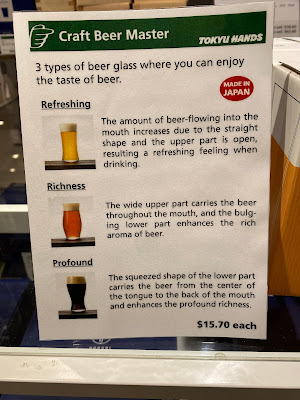 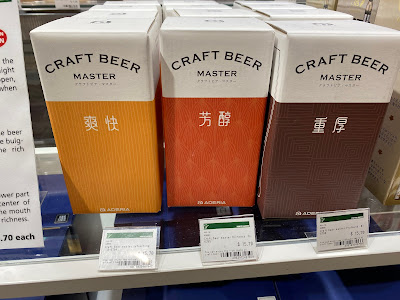 Late to the party but I'm finally catching up on Lovecraft Country on HBO Max. Between this series and Perry Mason, as far as I'm concerned HBO Max is hitting it out of the park. Only a couple episodes in and I am liking it so far. Never read the book but I have read all of the source material from H.P. Lovecraft's novels to appreciate how they weaved elements of the mythos into a story set in segregated 1950s United States. Fingers crossed for a satisfying conclusion.

And speaking of Lovecraft, picked up the beautifully illustrated manga version of Lovecraft's At The Mountains of Madness, with art by Gou Tanabe. Read the original short story ages ago and I believe Guillermo del Toro was supposed to do a movie version of it. 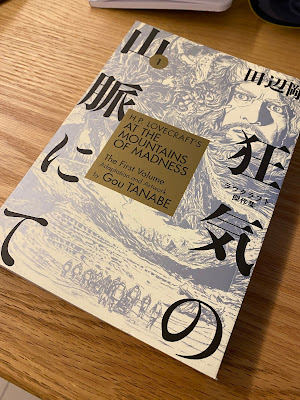 Cavalock and The One with The Breakfast Otter

When we first saw the Nespresso advent calendar on sale, we kinda knew we had to have it even though the Baker-at-Home and I were never big fans of advent calendars. Gawd knows I resisted getting a Lego advent calendar for years. I figured I would most likely ruin the experience by opening everything within a day of getting it. Know what I mean? Growing up, I was more of a Christmas cracker kid. Fond memories of pulling them in the old family home on Christmas mornings. Funny thing is as I got older I found out that not many folks here have heard bout the grand ol' tradition of pulling crackers. Anyway we brought the Nespresso advent calendar without even trying to find out what the ... er... main or finale gift is. Well, a quick glance at the base told us we can expect (SPOILER ALERT!!!) .... 2 Pixie Espresso cups. Not a bad deal if that's what's in the S$40 (member price) box. Right now, we are trying to decide who gets to drink what on which day. She said I gotta drink it even if it turns out to be a sucky flavour that I never liked. Hah! 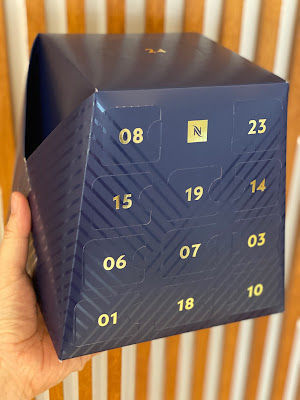 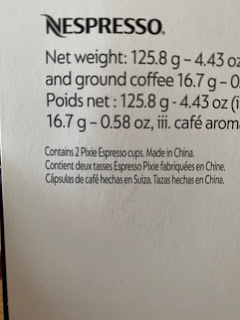 Me Dad took these pix one early morning couple weeks back at Seletar. He actually snapped enough shots to make a mini-stop motion movie of the otter enjoying its breakfast. 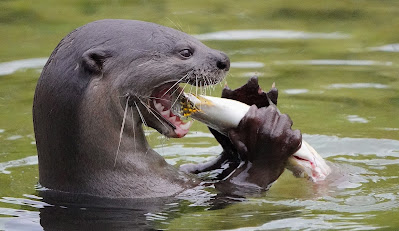 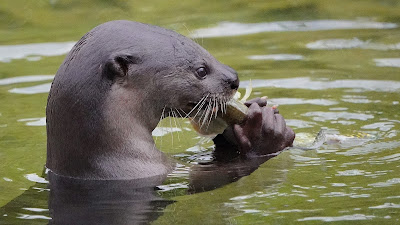 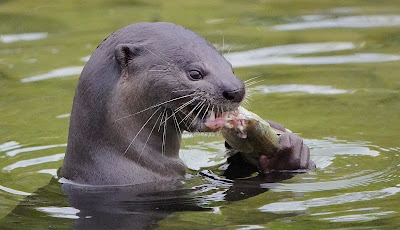 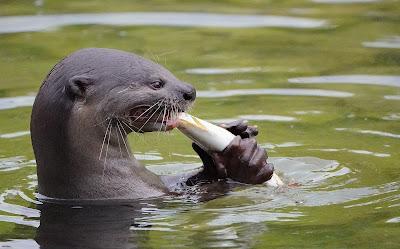 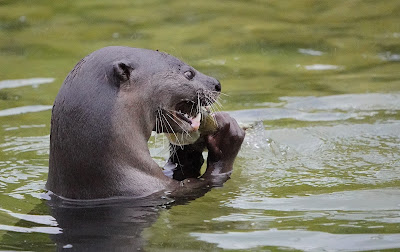 Cavalock and The Cupcake Carrier Catastrophe

Not something I would wish on me worst enemy. Our home order delivery arrived and only one cupcake made it out unscathed as the other three had all toppled over as well as had their frostings reduced to sludge. After the pick-up, it took over half hour for our delivery to arrive as I believed he made another drop first hence the melted frosting. The Baker-at-Home said she's pretty sure he dropped the box too. Oh well, they did refund us for the cupcakes but not for the no-longer-hot coffee that came with it. 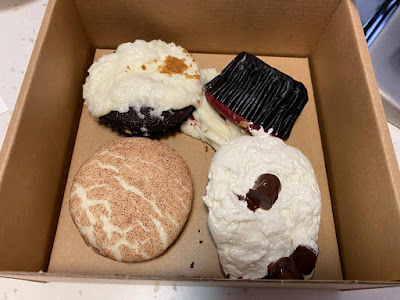 This may be the a very auntie thing to say but I live for this sorta unexpected shopping moments. The sheer joy of stumbling onto a bargain item like this. The first day of the Kinokuniya sale and I spotted this magazine on the rack. The only remaining copy of Miniatures Wargames that came with 12 free dwarf miniatures! Of cos, they are on a couple of sprues and you gotta glue them together, and paint (the fun part!) them later. I already downloaded the free PDF copy bout a month ago and forgot bout it. But never expected to find a copy here at only S$12.50 after discount. 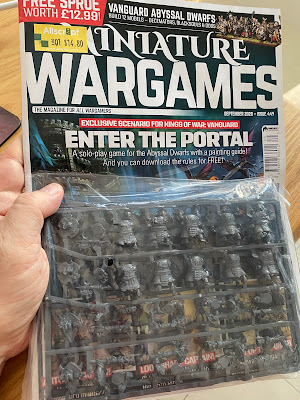 Got me long overdue haircut and took the opportunity to grab lunch at a sushi joint that I had long wanted to visit but the Baker-at-Home has long resisted. Why? I have no idea. Really. The last time we went to a conveyer belt sushi joint was our regular one at the now defunct Liang Court basement. Anyway, "left to my own devices" that late morning, I fast walked to Shaw House after my haircut and joined the queue at Sushiro Isetan Scotts. One of the perks of dining alone is I didn't have to wait long for a seat. Had some yellowtail and some tuna, and the verdict? The sushi sashimi were a little too "stiff and rigid" and I'm guessing its cos they were flown-in frozen? All that for $26 was alright I guess. Not the first place I would go again if I had another craving for sushi but at least I tried. 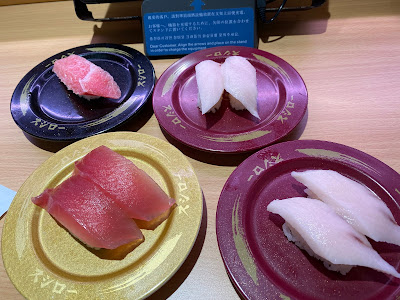 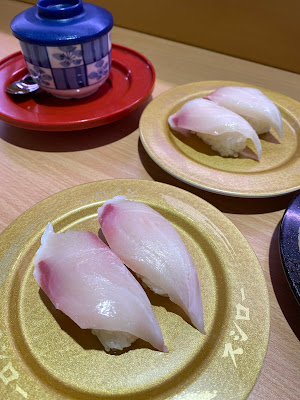 Am also grateful that me and some of the guys got a chance to meet up for a Warhammer gaming session this week. So good to be finally moving and manoeuvring those miniatures on the battlefield once more. The five of us even found time to chill later with some ice-cream and talk bout all kinda stuff from superhero movies to Among Us to The Social Dilemma to the US elections. It's not everyday I get into deep conversations with folks who possess an in-depth understanding of US politics. And we all sorta agree that a certain candidate winning is good for business, the other guy winning not so good for business. Cos we all know it's always better to do what's best for business. 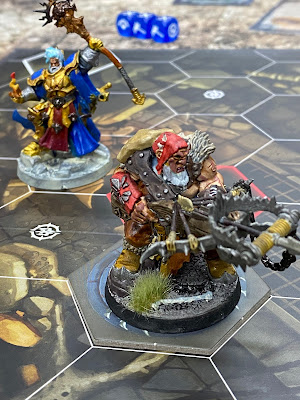 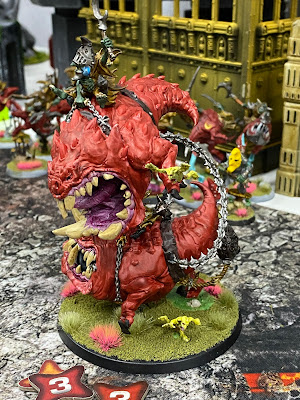 So we found ourselves back again at Osaka Yakiniku Don Don. The last time together was in August and then I bought my friends dinner there last month. It has now become the Baker-at-Home's go-to joint for beef. Slices of Waygu ribeye and tenderloin are our stable and being the sake connoisseur that the Baker-at-Home is now, it's always time for a little booze. Man, I gotta say Tanjong Pagar in the evening is as crazy-ass crowded as Chinatown on the eve of Chinese New Year. 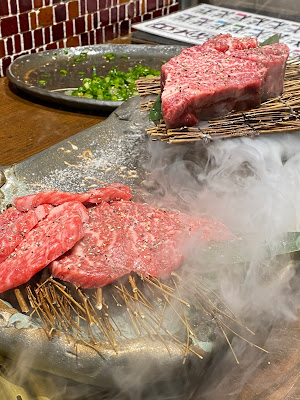 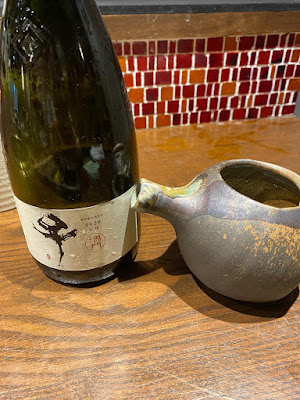 My journey back to journaling has brought me to Kinokuniya and Tokyo Hands hunting for new and innovative Japanese stationery. It's something I always do whenever I'm back in Tokyo but since ... y'know, 2020... I been doing it locally. Unfortunately there are a lot of cool stationery that will never reach our shores. But if anyone wants to sew or make a mask, there are plenty of D.I.Y. options on the magazine racks at Kinokuniya! Hah! 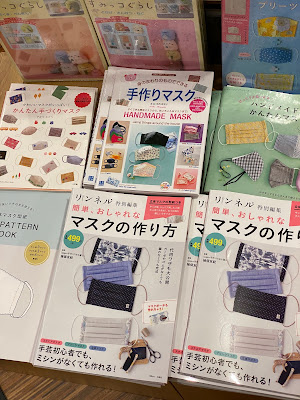 Been while since I shared them so here are more local bird pix taken by me 87-year-old Dad couple weeks ago. Took me almost two hours on public transport to get to the other side of the island to snap these shots of a kite being harassed by a crow. 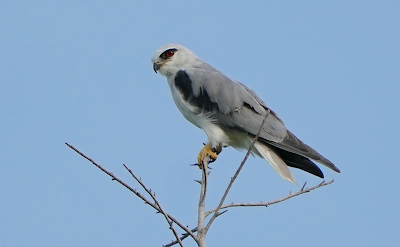 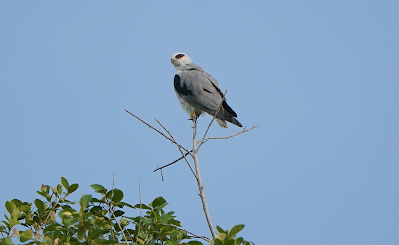 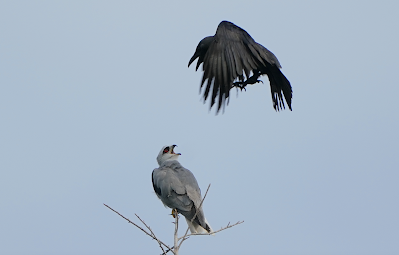 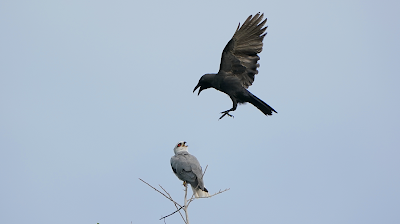 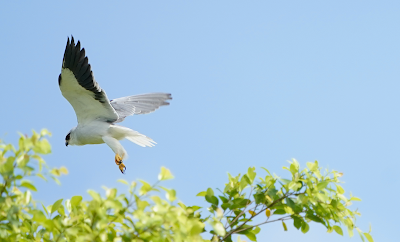 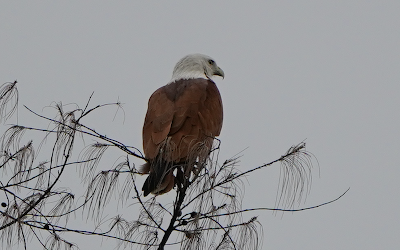 So exactly a year ago, we got back from Tokyo and even started making plans to return to the city but who knew? Not having travelled for a year isn't as bad as it sounds. Back when I was taking care of me late Mom and Aunt, I don't think we left the country for a pretty long while too. Which got me thinking bout the folks who would pay for the SQ home meal delivery. It's at least 300 bucks and way I see it, there are better dining options out there at that price tag. For those who can easily afford it, chances are you have already experienced the real deal and I really don't think you would wanna pay that amount to have it (again) in your home. But maybe that's just me. I suppose if you are a young dating couple, you would wanna do something like that to impress someone?

Anyway, looking at some of the vacation pix I took last year, Japan should be in a Halloween mood right about now. I don't think I wrote bout this in any previous Japan post but we found the Echire Boutique near our hotel at Marunouchi during our holiday there. They are the producers of the gourmet butter from the village of Echire in western France and it's frequently used in fancy joints round the world. Their famous croissants were sold out when we there in the evening so we got a bag of heavenly madelines and financiers instead. And that last pix of Tokyo Station platforms, it's from our room at Marunouchi Hotel. 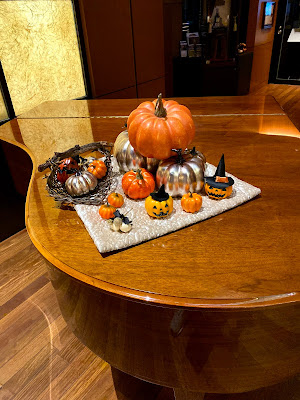 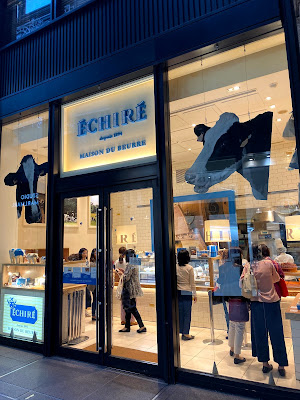 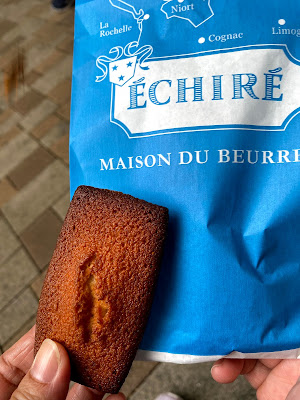 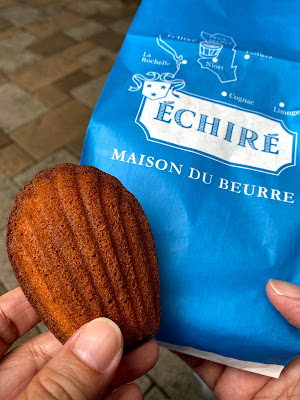 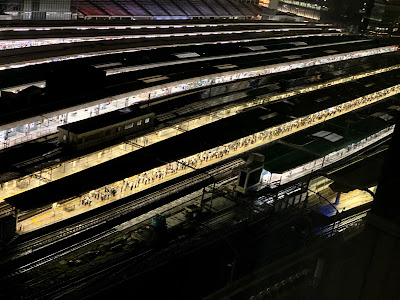 Sometimes I do wish I was to all kinds of hijinks like before, so I got stuff or 'content' to blog about but we can't always have what we want or eat what we want, hence the lack of any food related posts for awhile now. Well, that's not entirely true, last week I had a wonderful dinner at a friends's place and where I had my very first taste of banh mi, the popular Vietnamese sandwich. Yes, I have never had one before, it just never appealed to me for whatever reason. Well, the homemade one I had that night was great. with generous grilled chicken in every bite. After dinner we got into some boardgames like camel racing game Camel Up, In Front of the Elevators where we queue and joust for positions in front of elevators, and ended the night with the hippie game of Aquarius.
Posted by Cavalock at 8:00 am No comments: