Cavalock and The Pesto Peculiarity

After days of fussing and 'fessing, I finally bought the ingredients I needed to make some pesto. So why pesto? To be honest, I think in my entire life, I only had it a couple times. Well, I was reading an article bout it in Saveur magazine, its colorful history across not just Italy but all over Europe. Really nice read. It made me wanna put something together. 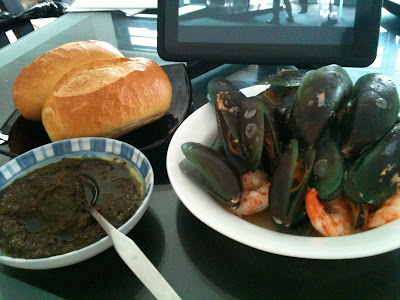 Then I found this simple recipe in Food Network magazine. A simple one that I think anyone can whip up in less than 10 minutes.

I didn't follow the exact recipe, I depended more on what I liked or was more comfortable with. Of course, you can use other greens besides basil. There were more interesting pesto recipes in the Saveur magazine. 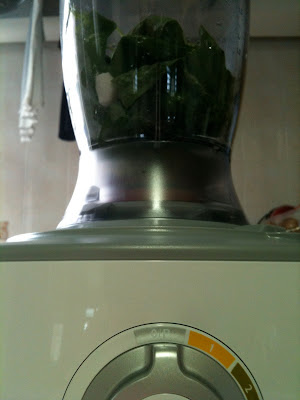 It turned out pretty good! The basil came out a tiny bit stronger than I expected but still a pleasant spread for my bread buns. My mussels recipe can be found here. Although the Food Network magazine suggested I stir the pesto with the mussels, I didn't and used it as a spread instead.

Heh! Yah I know that below ain't exactly the most appetizing iPhone shot ever. :P 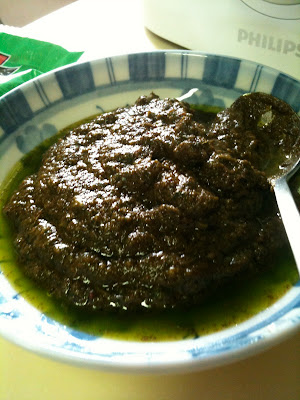 Just wanna say a big 'Thank You' to the local food blogger who made this beautiful tub of white chocolate ice cream. Got it through a third party, it's creamy yummy! 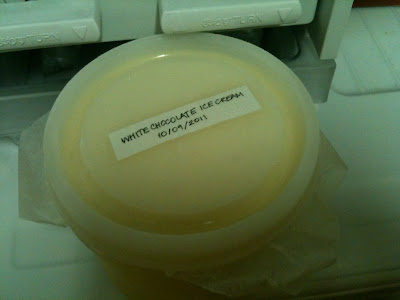 I way prefer white choc than dark choc so I was extremely delighted to receive this. I have never met this or any other local food blogger before, still haven't. I hope the person enjoys the latest three episodes of Top Chef: Just Desserts Season 2, that I passed over in a thumbdrive. <^;^> 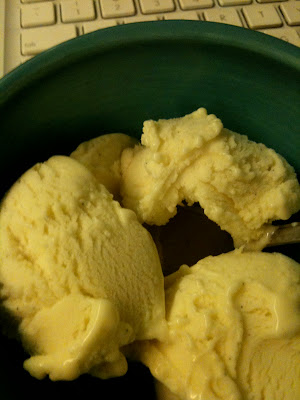 Cavalock and The Birthday Vinegar Loot

Paul is finally here! Had my first taste of Paul bakery while in London couple years ago and it looks like they'll be at Takashimaya before the end of the year. 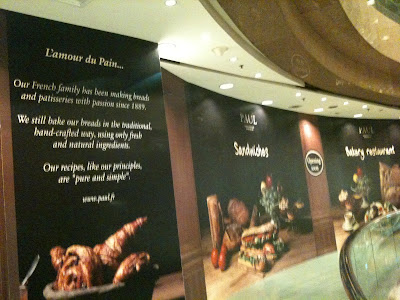 And some pix I took of Paul while in London. I only have delicious memories of the place so you can't go wrong with it. 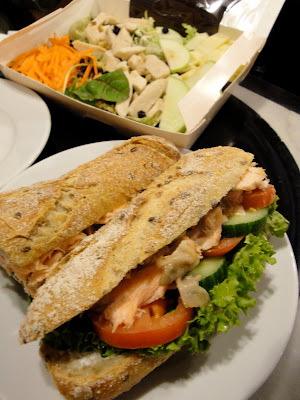 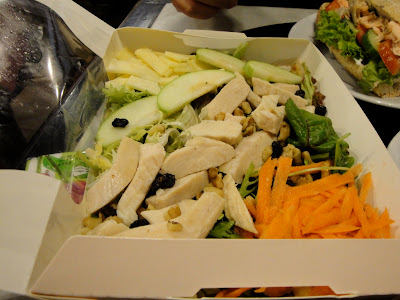 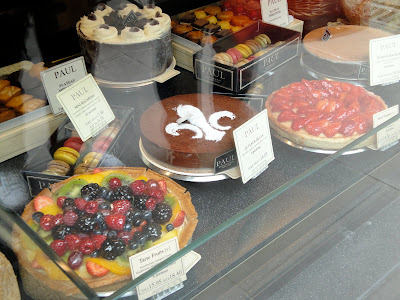 Now just to show that even though I'm a year older today than I was three days ago, I can be as hip as the next teenager in town. Alas my H&M loot from not this local outlet, but Tokyo and London.

Two pretty thick black hats or caps, one from London the other from Tokyo that I only wear when I'm outta this country. Yes, I think any guy who wears a hat in this weather has gotta be nuts. I know, strange thing to say especially when I'm responsible for this. :P

14 different pairs of socks from London! One set has the days of the week on them while the other set consists of different color combos. Luv them and they are now the only socks I wear all the time. 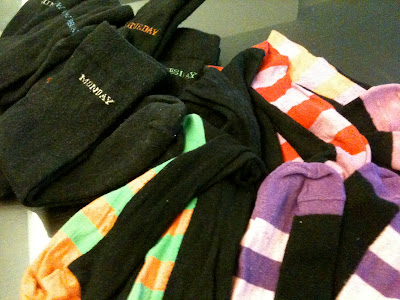 As usual, it's either all bout food or all bout geeky stuff on my birthday. And since I didn't buy a single item made outta plastic this year. Here are some of the yummy goodies I got instead and yes, they are from the Kyushu Fair at Isetan.

Ok, I might have got just a little overboard with the vinegar drink here but damn, they really taste great. Mix it with Sprite or on the rocks. That's over a hundred bucks of (lime black vinegar, brown rice, brown rice with apple, plum) vinegar right there! 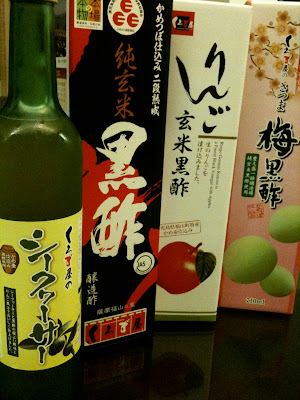 A Maple Syrup with Pudding Fresh Roll (Birthday?) Cake by Japanese Iron Chef Sakai. I know it sounds terribly sweet but it isn't. It's light and not too sweet, the pudding gives it a nice different texture to the sponge cake. 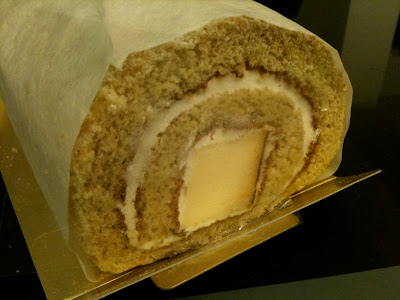 Cavalock and The Sashimi Still-Life Snag


Looking back at some of my older posts and I mean really older posts, like this one back in 2006, lots have changed in my life and surroundings. Well, no longer is the Sentinel action figure guarding my wine rack in the living room is gone and replaced by a more subtle display. 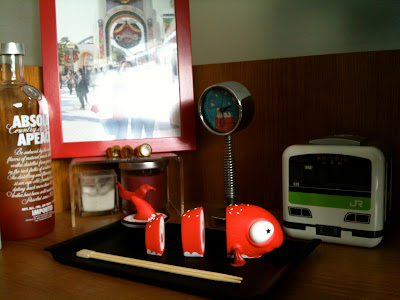 I thought the autographed O-No Sashimi display would also make a more ...er... interesting conversation piece if I ever, ever, EVER have any guests drop by. :P 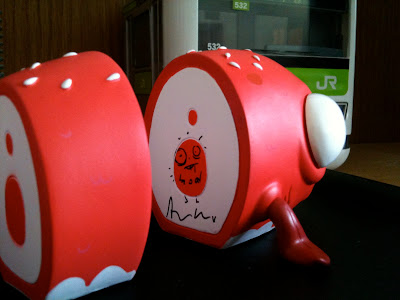 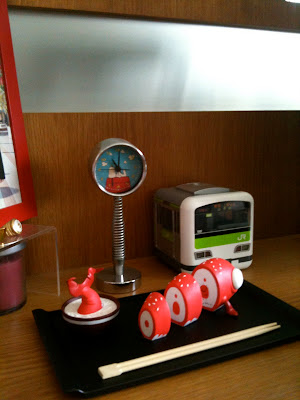 I'll also be posting shorter pieces too I think, like when I first started. Besides I'm twitting way more these days and that's where you'll find all the food pix too, plus the geeky stuff of cos. Remember now, life is too short to be spent doing the things you don't like!

Posted by Cavalock at 5:34 pm No comments: