Cavalock and The Bedok Hawk Watch

Was introduced to another neat new (well, new to me at least) little eating joint Yuki Onna at Far East Square. It's only a hop and a skip away from the baker-at-home's office gig so that's where we headed for dinner last week. Had the truffle beef yakiniku with onsen tamago. Yah, I know there probably ain't no real fancy truffles in there but the whole dish was a very satisfying meal at S$16.90. 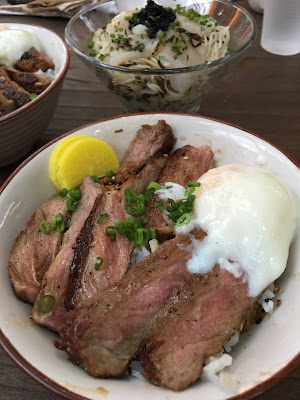 There was an article in Monday's copy of The Straits Times about our avian neighbours that got my 83-year-old Dad kinda excited. He was at some of those locations and managed to also snap more than a few pix of the same birds. Anyway, recently he was at Bedok for the first time in ages as word on the streets is there be a young family of crested goshawks next to some HDB blocks. Two babies with their parents. My Dad was told that one of the two babies fell from the tree but someone nursed the little critter back to health. And he came back with these shots, taken over a couple of weeks. 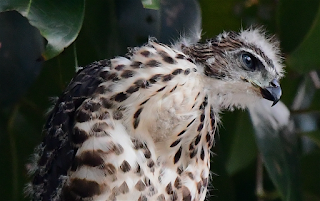 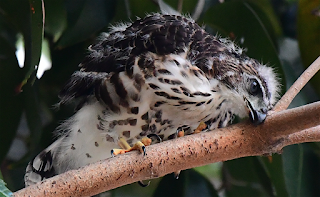 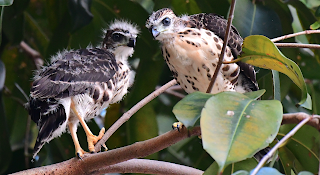 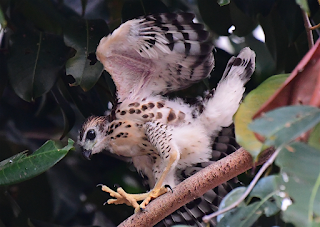 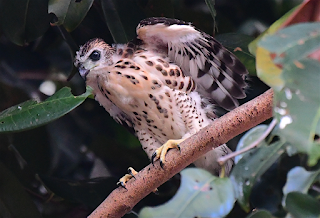 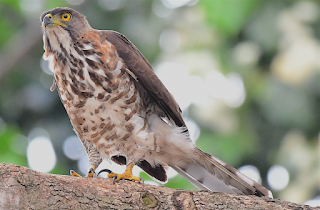