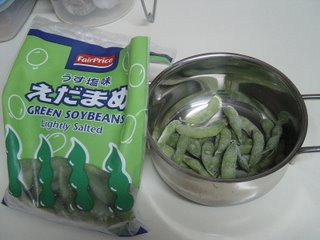 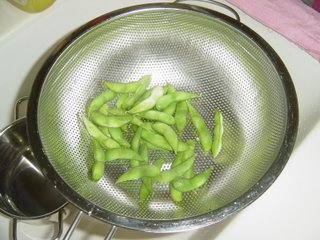 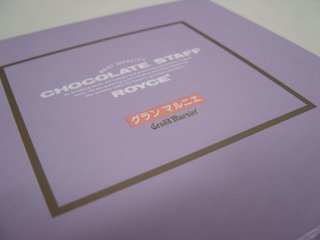 I love Royce chocs! Is that one whole box of Royce for yourself? Have fun!

I cook for the whole week and just eat the same base meal all week (a sort of stew). I just vary the accompaniment.

While this works when I'm living solo in Ottawa, it doesn't work so well when I'm back with the family in Montreal - they insist on variety.

cook pasta sauce?? then you only need to heat up and add on pasta.

what a big price difference!!! you were lucky anyway to have bought it already!!

Thanks for dropping by my blog. Is your friend going to attend UFM for a diploma or just a short-term course? Frankly, I have not considered UFM myself but this could be interesting.

oh can add some shrimp and squid..
baby carrot, cauli flower and kailan.. and ready to eat.

You can always try Maggi's instant porridge with a variety of flavors...there's chicken, fish, duck,abalone and prawn..

It takes less than 10mins...but mind the MSG.

Or there's also ready to cook paste of laksa, curry, tom yam, mee rebus...etc..they all takes less than half an hour...

U just hv to add ur own choice of meat...

Or you can come over my place to eat...hee

thanks for all the suggestions! Will try something when I have time (and energy!!) after work. Might shop for some of the ingredients next weekend.

I really don't have a way to make my so-called "fluffy omelette". I beat the egg with a bit of soy sauce until the whites are integrated with the yellow yolk. All this while, I heat up a non-stick omelette (small, 3.5" diameter) pan. Then I put a bit of oil or butter (essential!) although it's a non-stick pan, then pour in the egg and let it set. Then flip it over and cook through. Always results in a rather fluffy omelette. Good luck :)

What I like with Edamame - get some miso stock (they come in half or 1 kg bags), throw in the edmame, egg and basically whatever you have in your fridge. I like to toss in peanuts and udon sometimes. Quick, yummy and nutritous.