Cavalock and The Secret Sake Shakedown

So the Baker-at-Home has been hitting Kamoshita, an Izakaya along Neil Road at least once a month for the last three months now but this is the first time I got to tag along for the ride. So they got this thing going on every 14th of the month, they crack open a bottle of rare Juyondai or "14th Generation" sake. And you only get one shot at it. No doubles, no seconds, only one glass if you know when and how to ask for it. 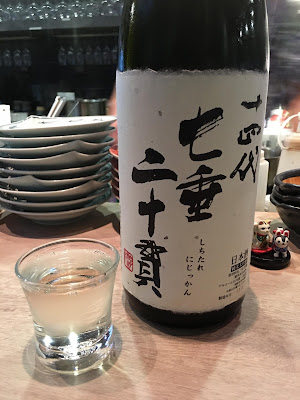 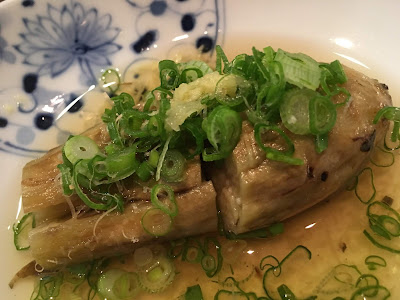 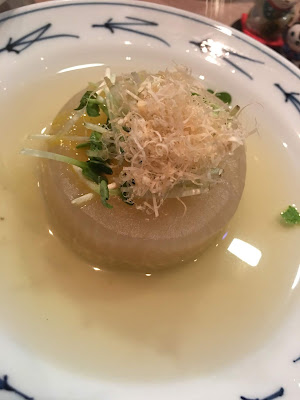 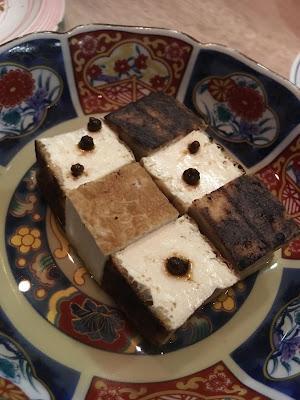 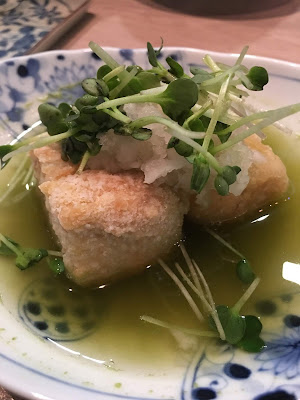 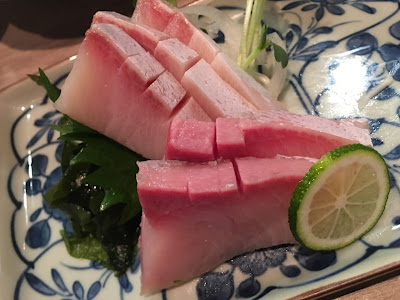 Probably one of the most honest menus I have ever seen. Unfortunately or maybe fortunately we didn't order the 'Gout' Kaisendon but everything else we had was pretty good and hearty. The joint isn't too rowdy for an Izakaya. I mean the Japanese customers were quiet that night, was the long table of locals that were too boisterous. 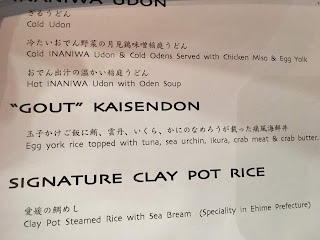 So I was reading the Eggs book I bought in London. Didja know that spaghetti carbonara was 'created' at the end of the Second World War when Italian cooks in Italy had to make use of supplies brought in by American troops. They used the powdered eggs and bacon, and combined them with pasta to create the now popular dish. I thought that was rather fascinating.