Cavalock and The London Geek Haul

Thank gawd for ramen joint Ippudo or to be exact, the one along Villiers Street behind where we were staying in London. There was this chilly night when we had a sudden immediate craving for soupy Asian fare and this was just around the corner. Anyway one thing I noticed bout London is there are a lot of joggers and cyclists in the city. I mean, if you are not dodging joggers on the pavements, then you are looking out for cyclists zipping pass you. But they were all extremely polite. 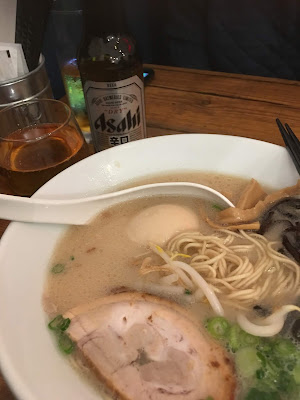 Taking a geek break, here is part of my haul of games and Lego packs. I say 'part of my haul' cos the Warhammer shop in Tottenham Court Road (not to be confused with Warhammer World in Nottingham) ships back your stuff if it's over 100 quid (I can't find the pound icon on me Mac and I'm too lazy to search online!). The last pix with the Kill Team box below came in the mail about a week after we got back home. 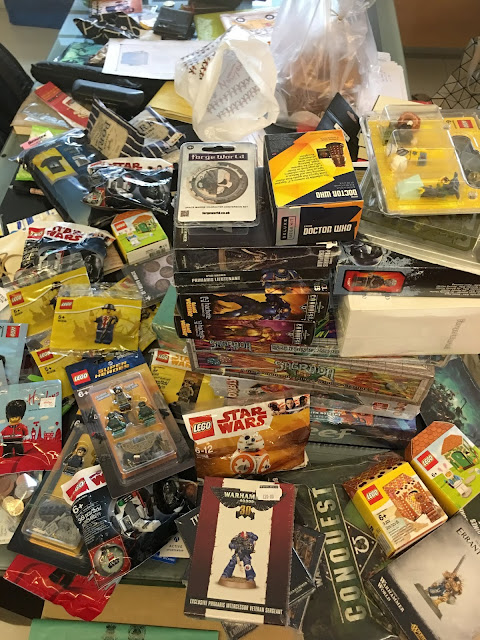 Got those boardgames below from two different stores, Orcs Nest and Dark Sphere. Nice that all three shops are not that far apart. Just a short bus ride to reach Dark Sphere from Trafalgar Square. Now, Orcs Nest and Dark Sphere couldn't be more different from each other. I wish I visited Dark Sphere first instead of my second last day there cos it's huge and almost everything there is a lot cheaper too. It's big cos it's like a warehouse with shelves on the sides and gaming tables in the centre of the a massive hall. Wish I took pix of the place but I didn't.

Now Orcs Nest is quite the opposite. Meaning it's really small and still packed with games, didn't see any gaming tables though. Two floors with the upper floor mostly RPG and miniatures. Well, the boardgames I bought back are all pretty causal games. Easy to teach and lots of fun. Glad to say that I have played and enjoyed all three of them except the Moor Visitors Expansion which is a little expansion to Viticulture, a heavy Euro worker-placement game that I already own. If anyone reading this wants a game or two with any of the games here, let me know. 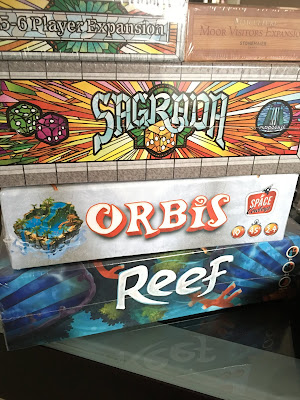 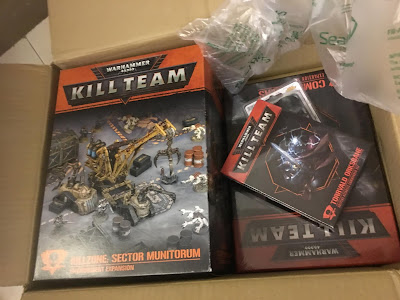