This was the year that I was lucky enough to receive invites to not one but two private chef sessions. Enjoyed both a lot, all wonderful food prepared by extremely talented men. The first was Lucky House Cantonese Private Kitchen at the chef's home over in East Coast in early November. Like what the name says, it's Cantonese food that's so popular that the place is booked solid till like, middle next year. Someone else was taking all the food pix so I really don't have any in my phone.

The second private dining experience was enjoying the handmade pasta prepared by local chef Yum Hwa. There's a pretty comprehensive article bout him here. This was for a dinner party at a friend's house that saw three distinctly different mouth-watering pasta dishes that everyone loved. 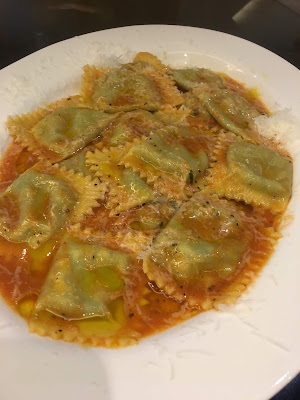 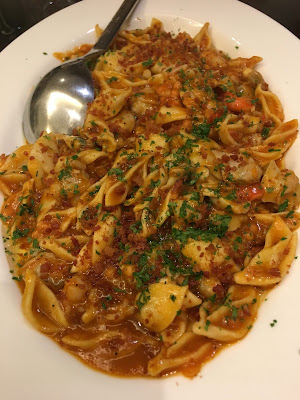 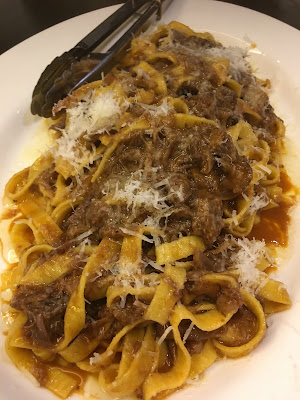 2018 was also a year of crazy health scares. Right now I got a busted tendon that has been haunting me for at least couple months now. Yup, even while I was in London. Think I did something to me foot while in the gym, I have been hoping that it would heal itself and go away but no such luck. I got an appointment at NUH Sports Centre next year. Kinda strange to have a semi-sports related accident for someone who absolutely detests organised sports. Hah! Crazier thing is me surviving a neurological attack. Fortunately I got to see a nerve specialist in time otherwise I would have ended up looking like a Batman villain for life. I was given the option to wait for an appointment at a government hospital but I decided to immediately see a private specialist that afternoon instead. That was a damn smart move. The doc said if I waited any longer the damage would had been permanent. Anyway I'm 100% cured now. Kinda makes you wonder what if someone can't afford a private consultant and waited for a government appointment. That would really be bad.

Here's my Top 10 list of favourite boardgames or tabletop games that I played this year. You can check out my Top 20 to 11 right here. Except for Santa Maria and Coffee Roaster, the other eight games were all released this year. The below Coffee Roaster is a delightful little Japanese game and it's meant for solo play. Beautiful components with excellent gameplay where you are barista trying to brew the perfect cup of coffee. Extremely challenging and fun. 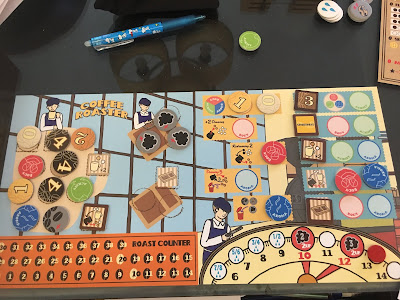 Giant Killer Robots is a Kickstarter gift from a friend. It's a huge game where the players take control of giant robots in a battle royale. Gorgeous game once you have all the buildings and colourful miniature robots spread out across the board. 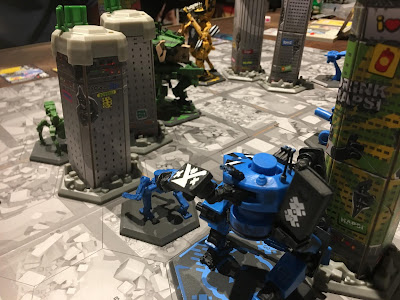 The game that gave the most fun and satisfaction has got to be Kill Team or Warhammer 40K: Kill Team to be exact. Number one cos of the sheer number of hours of fun I had not just playing but painting the miniatures. I spent way more hours painting my Blood Angels Space Marines and Tyranids miniatures than I did playing the game but I enjoyed almost every minute of it. 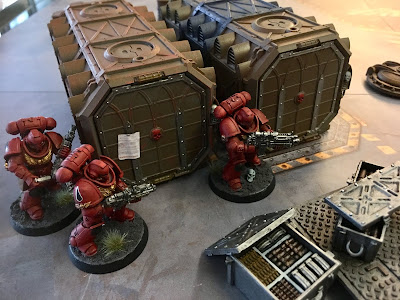 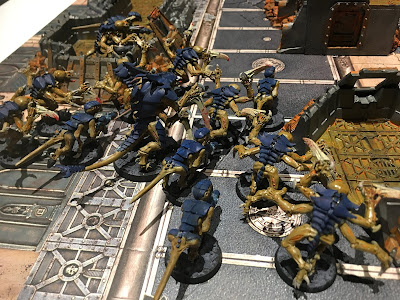 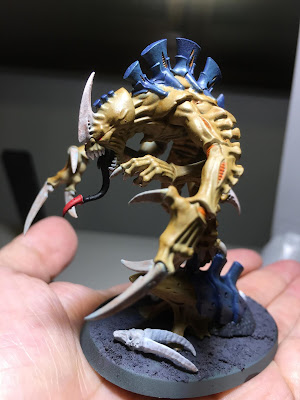