Cavalock and That Traveler's Notebook Update

If you have ever beenin the army or done a reservist stint, there's always a guy in the unit who has to shower at least three or four times a day. Well, I have become that guy, here at home during this pandemic lockdown. The weather's has gotten humid as hell and I'm constantly sweating like a cat in roomful of rocking chairs.

We are all still in this semi-lockdown here so it's only me and the Baker-at-Home dining out as and when we can. Recently we got to enjoy dinner at Allium. A cosy little restaurant located at way over at Kensington Square. First there and we really liked it. Had the nine-course dinner menu, with sake pairing. My favourite dish has got to go to the Cantonese Steamed Fish. That piece of fish was so damn fresh. The Baker-at-Home's fav was the Braised Rice, she absolutely revelled in the 'wok hay' aroma of the rice even though it was a porridge dish. 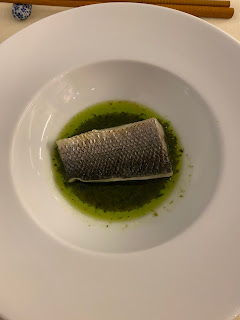 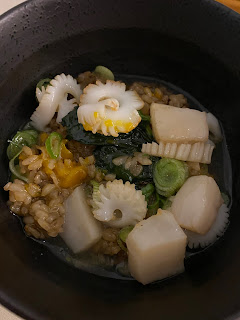 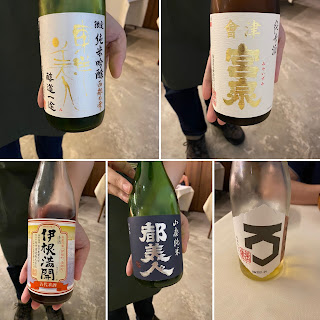 Anyway, I got the Allium menu glued in my Traveler's Notebook. Yah, been awhile since I showed my Traveler's Notebook here. I have been filling up the pages, just not as frequent as I expected cos y'know, worldwide pandemic and stuff. This here page is kinda of what I got so far in the month of October. Had to get new earphones cos I lost me AirPods Pro at the gym. The AirPods were already a little wonky so I asked around for another brand of earphones and a friend recommended this latest pair from Sony. Used me Krisflyer Miles to get them since we sure as hell aren't gonna be redeeming any tickets soon. 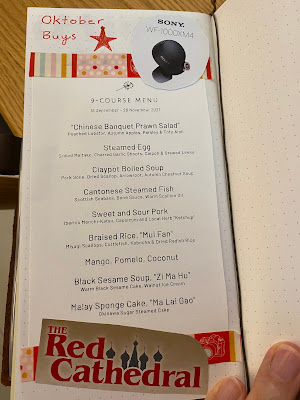 Next up is The Red Cathedral, another boardgame I just purchased from Amazon. I have read so many good reviews about this game, I just had to get it. Saw it on Amazon and waited for the price to drop to a low of $49 and immediately grabbed it.
"Autumn is not the best time to climb up on a scaffold in Moscow, but it is still far better than doing so in the winter. Tsar Ivan wants to see results and our team will prove to him that we are the best builders in the city. We are sure to finish off those decorative arches with the brightest shining stones and ensure our place on the list of the government’s trusted workers.

The Red Cathedral is a strategic, “Euro” board game in which the players take the roles of construction teams. Their job is to work together to put up St. Basil's cathedral in Moscow, as ordered by Ivan the Terrible. However, only one of them will be able to gain the favor of the Tsar.

During the game, the players can carry out one of these three actions: assign a section of the cathedral, send resources to that section to build it, or go to the game board to achieve more resources. Each of these actions has its own mechanism and requires that the players pay close attention to what the other players are doing."

It comes in a relatively small box and as far as modern boardgames go, the rules aren't that difficult. Deciding where to build and when to build is just part of what you'll be doing. You'll also have to figure out which resource to gather, like stone, brick, wood or gold to build your cathedral and in which order, while utilising a cool dice rondel system. And that's where the strategy comes in, that dice rondel is real brain-burner! There's enough tension between every move to make this a really fun game. 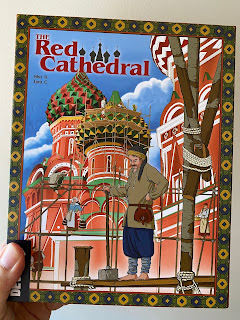 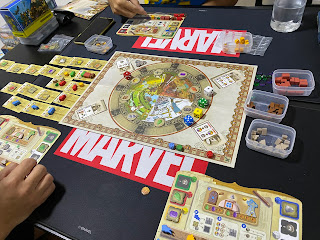 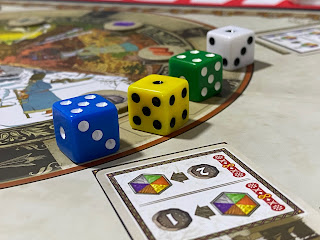