Cavalock and The Oriole Growing Pains

Been too long since we scored a couple seats at Tori-Tama. Best yakitori in town as far as we are concerned. Every part of the chicken is available if you know who to ask for. If there's another yakitori joint here that's just as good or better, let me know! With more joints opening up and folks heading back to work, I reckon the food scene will get 'livelier', especially Japanese restaurants. So many places the Baker-at-Home and I wanna go but all them waiting lists are at least a month or two. 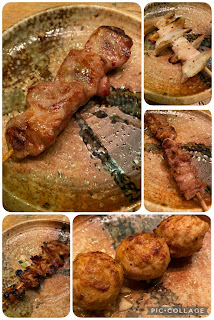 So couple weeks back, me Dad took a buncha pix of an Oriole nest somewhere in Seletar. He was told that there were originally two nestlings and one fell out of the nest, although there was speculation that he or she could had been pushed out by the sibling. Hey, circle of life and that jazz eh? 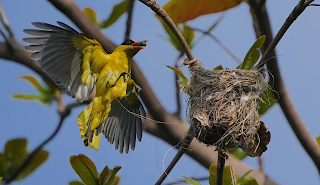 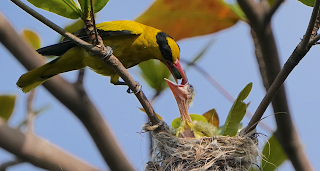 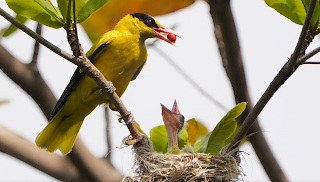 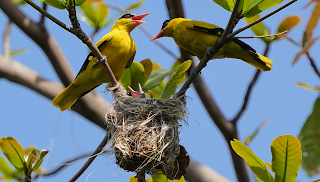 Me Dad returned to the location about a week later and the little critter has certainly grown quite a bit. Still as ugly as ever. 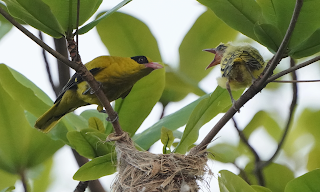 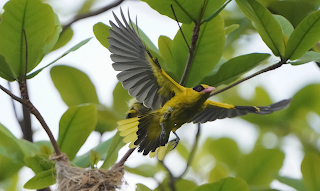 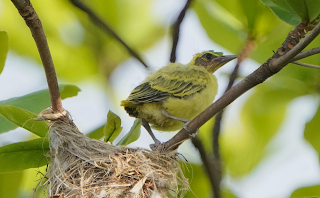 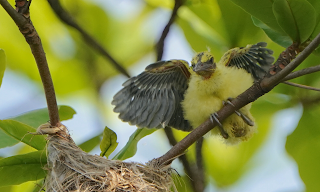 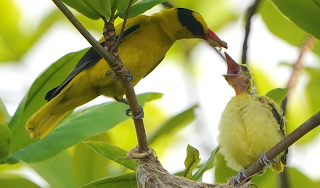