Cavalock and The Summer Somen Surprise

Well, the Lockdown is officially kinda over. But for the majority in the country, you are all still not allowed to meet up or dine out so really, er... not much has changed at my end. Anyway the Baker-at-Home and I did managed to hop on the bus for an early morning raid at Meidi-Ya supermarket. As expected, there be new groceries. Never got into ice-cream sandwiches, a little too messy for me but this caught my eye. Now the Machimura Cream Cheese Blueberry is interesting for a couple reasons, it reminded us of our little dessert break at their cafe near Tokyo Station. And cream cheese blueberry just sounds too damn good. Unfortunately that price tag was a little too rich for my blood. 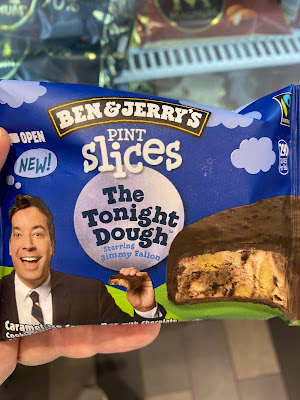 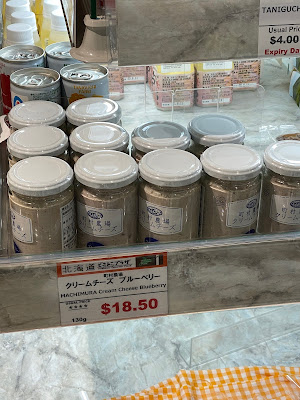 But we did pick up this tantalising piece of tako at the supermarket and made it part of a very delicious somen lunch at home. A first time preparing the cold wheat noodles and the Baker-at-Home passed it with flying colours. 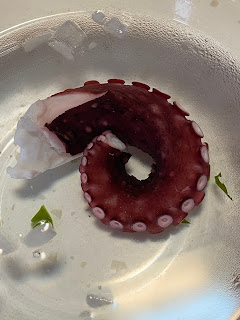 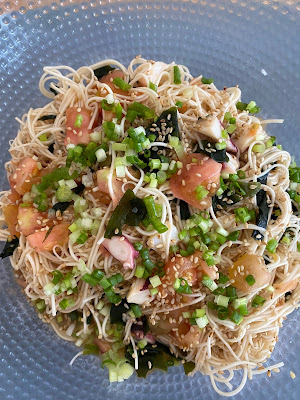 With the epidermic and lockdown across the globe, game publishers have been coming up with solo game rules for their popular boardgames. Games that are normally played by at least two players can now be played solo, wth the new rules found online. So I have been delightfully busy playing Imperial Settlers: Empires of the North solo these last couple days, with their new rules. It made for such as a wonderful afternoon just sitting there and lost in that zone where you just ponder over the next best strategic move. It's a resource management game where you need to trade resources like wood, fish and stone to build stuff and score points. In the solo game, you got four turns to hit a certain high score otherwise you lose. 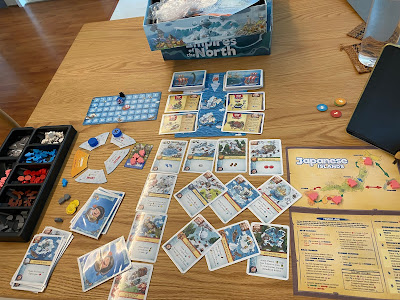 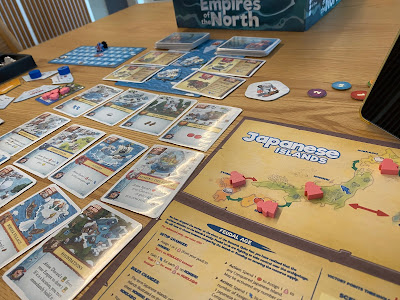 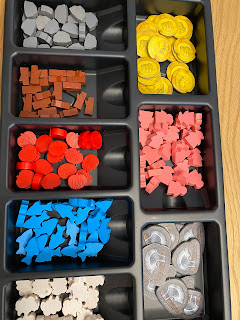