It was time for us guys' biennial event where we head to Kuala Lumpur for a weekend of Magic Grand Prix gaming and feasting. Damn, who knew I would be flying this often this year for gaming events. Flew in on Friday afternoon and all seven of us were so dog hungry when we checked in at Sunway Pyramid new west wing that we immediately chowed down at a nearby ramen joint, Hokkaido Ramen. Yah, our first meal in KL was Japanese ramen?!? Well, it's really just a quick bite to tie us over until ... 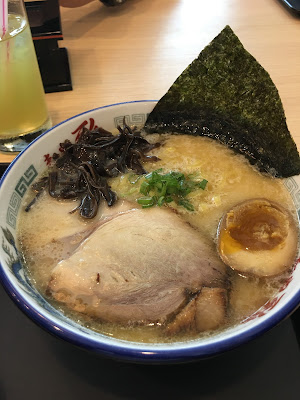 ... three hours later when we finally had our full-fledged nasi kandar. Same place just across the street from the convention hall as well as exact same table as our last trip. Too much food too soon? Never!!! 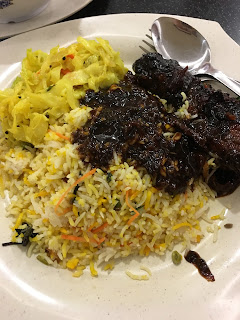 Finally got to catch up on the entire run of Netflix's Luke Cage during the trip too. Excellent addition to the Marvel Cinematic Universe. It's usually during such instances that I get to watch and read all me downloads over the last couple weeks. The series kinda reminded me of back in the old family house when me and my late uncle would watch TV shows and we would refer to all the black actors as negros. Reckon it was fine back then but no longer "permissible" in this age of politically correctness.

We also managed to catch the latest Jack Reacher and Tim's Burton's Miss Peregrine (Yay! Eva Green!) at the local theatre. Yup, neatly censored by the Malaysians as expected. But I guess we didn't really mind since the tickets were almost half the price of what we would be paying back home. Seriously, everything's cheaper there.