HAPPY 2016 EVERYBODY!
* Watching Sherlock: The Abominable Bride while blogging this *

Always a good thing when a popular Japanese restaurant opens in the heart of Orchard Road. The Sushi Bar in Takashimaya opened middle of last year but I only managed to drop by for dinner in the last week of 2015. The seasonal tuna belly don was heavenly and being in Orchard, it's still reasonably priced. And the dinner queue gets pretty crazy too so it's probably a good idea to make it a early dinner if you can. 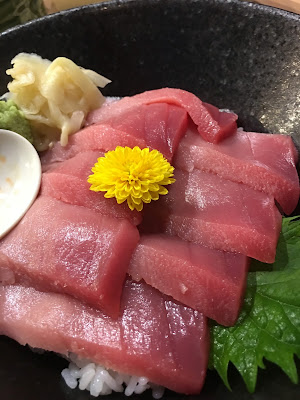 If you know me or read some of my previous posts, you would know what a huge Star Wars fan I am. So this was quite a neat thing I received from Japan. Star Wars face towels, and they come in a plastic container designed to resemble lightsaber!

Geez, now don't get me started on the new Star Wars movie. I can definitely live with the fact that it's a reboot of the original first movie that my Dad brought me to when I was just a kid. I rather enjoyed it even if it ticked every box in the New Hope scorecard. Now what I found rather amusing was all the hype surrounding the Captain Phasma, a female villain soooo hyped by everyone involved in the movie that you would be led to believe this was going to some memorable kickass villain on par with Boba Fett. Unfortunately she hardly lived up to the hype at all, now all she did was maybe prove that if you point a gun at a woman's head, no matter how tough she is, she'll do anything for you, even turn off the shield deflector. True story, before the movie came out, collectors were hoarding tons of Captain Phasma figures and toys, a couple of days after the release, folks were dumping them at cost price online! That's probably the only major letdown in the movie. 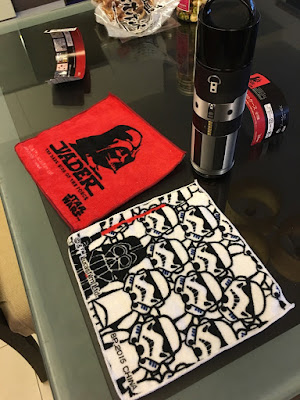 How's this for a belated Christmas gift? No, not the game. I bought the below boardgame Five Tribes ages ago. On New Year's Eve, the game designers released new rules for a solo Five Tribes game. Extremely challenging and just how I like to spend NewYear's Eve night, in a battle of wits with who else but myself. Now if anyone wants a regular game of Five Tribes just let me know! 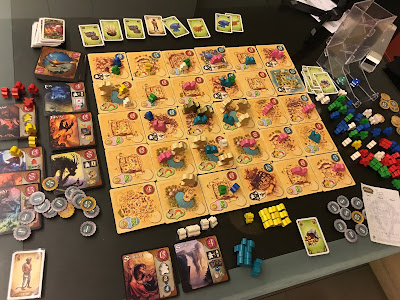