It wasn't an easy week when it came to my caregiving duties but I made a promise a long time ago, for my own sanity, to not harp about what ails me here. Instead of our Halloween cookies this year, we managed to bake these iced cookies *see what I just did there?* in our tiny apartment kitchen and handed them out for free to some of our friends' kids. 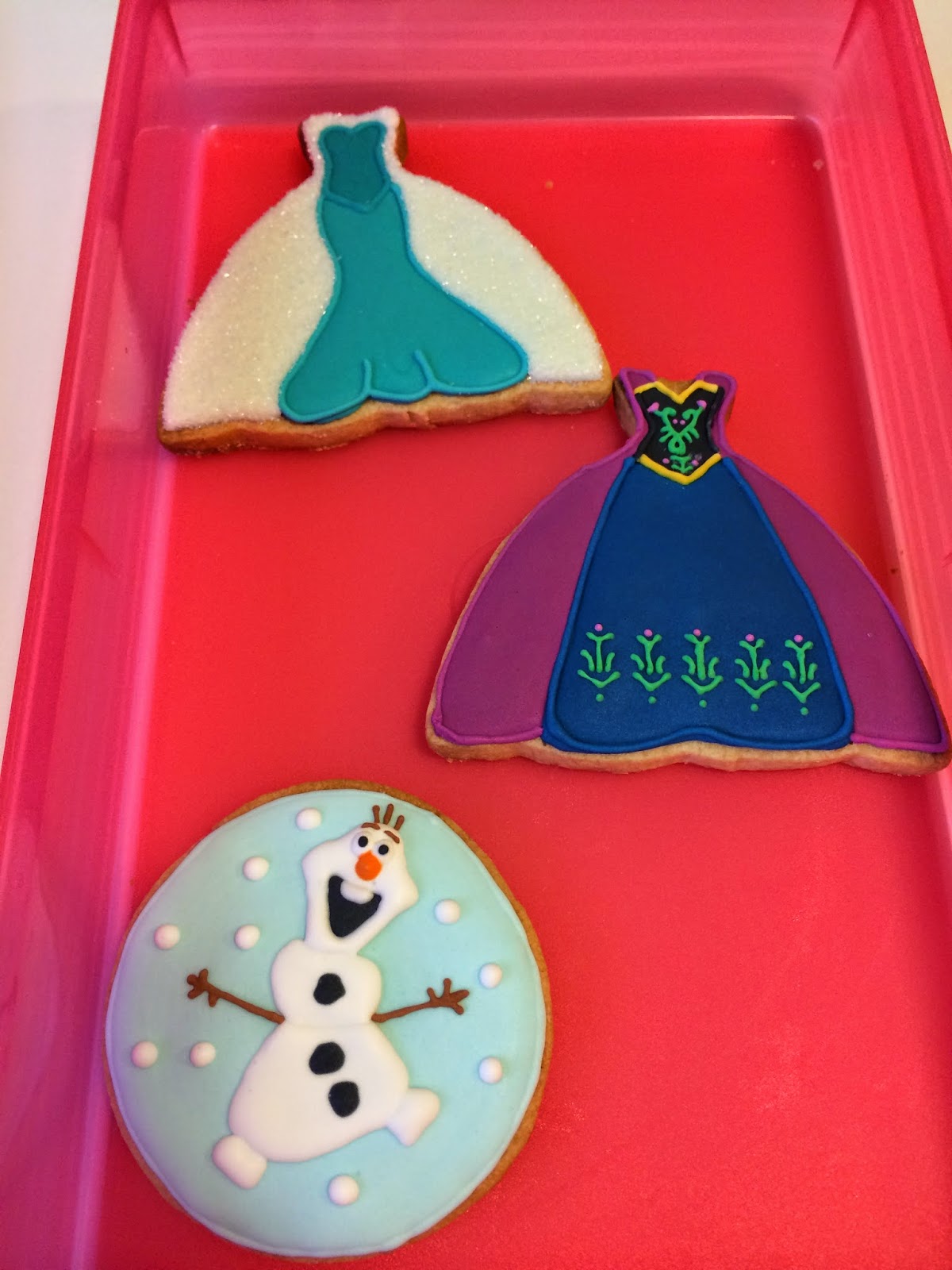 When the opportunity to do a Frozen cookie theme set came along, the tough part was figuring out what kinda images were the easiest as well as most attractive to design. The sisters' faces were too complex to recreate with the icing, so it looked like the next most identifiable trait were their outfits. The dresses weren't exactly easy but they were at least manageable and we thought the ice sprinkles on Elsa's gown was a nice touch. Check out the hand drawn pattens on her sister's dress, that wasn't exactly a piece of cake either. 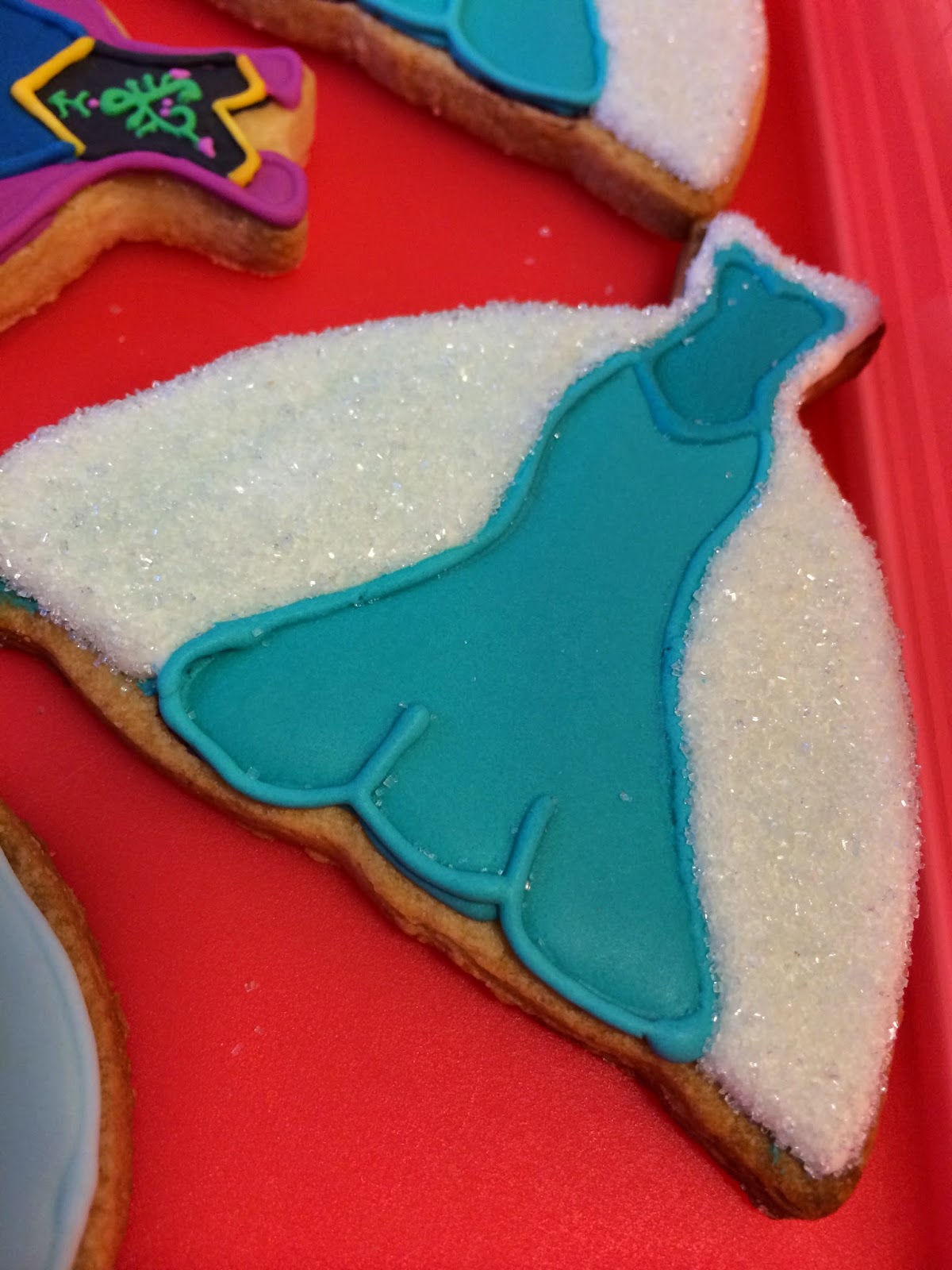 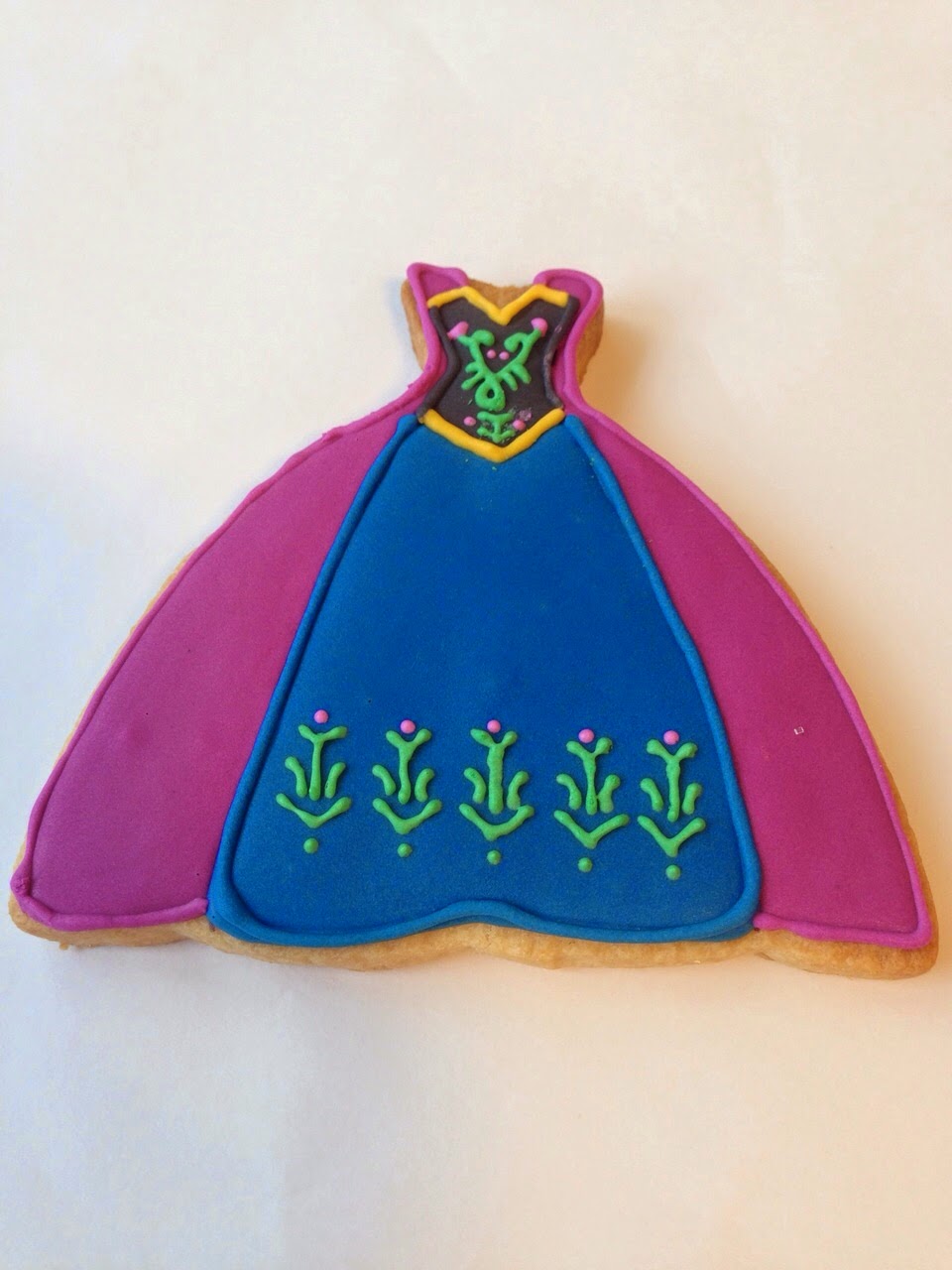 And there's Olaf of cos. Believe it or not, according to the baker at house, Olaf was the hardest to create as he was all freehand and without the aid of any tracing lines to guide the design. Good news is we just got a video from a little recipient of the Frozen cookies and she absolutely loved them! 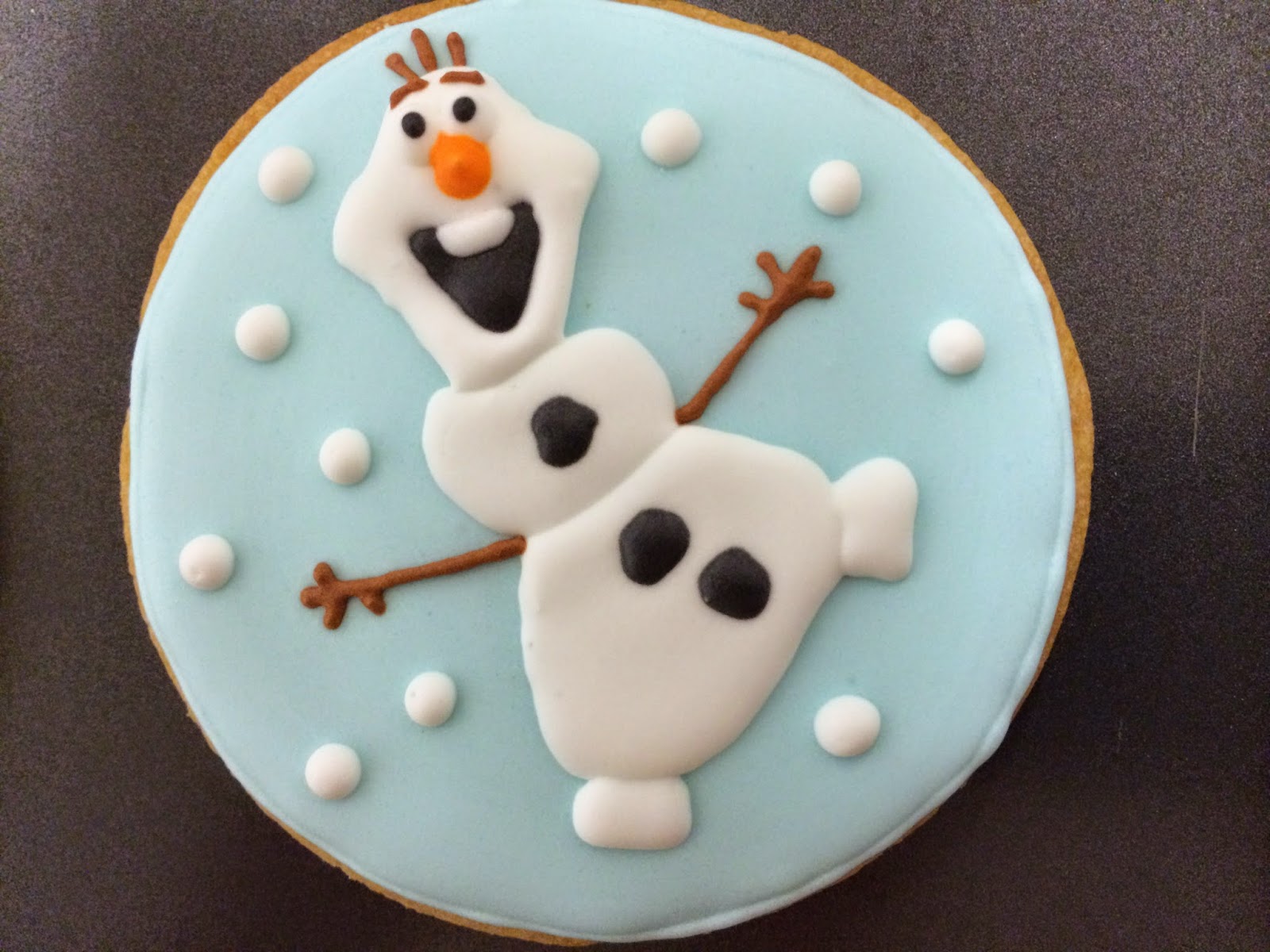 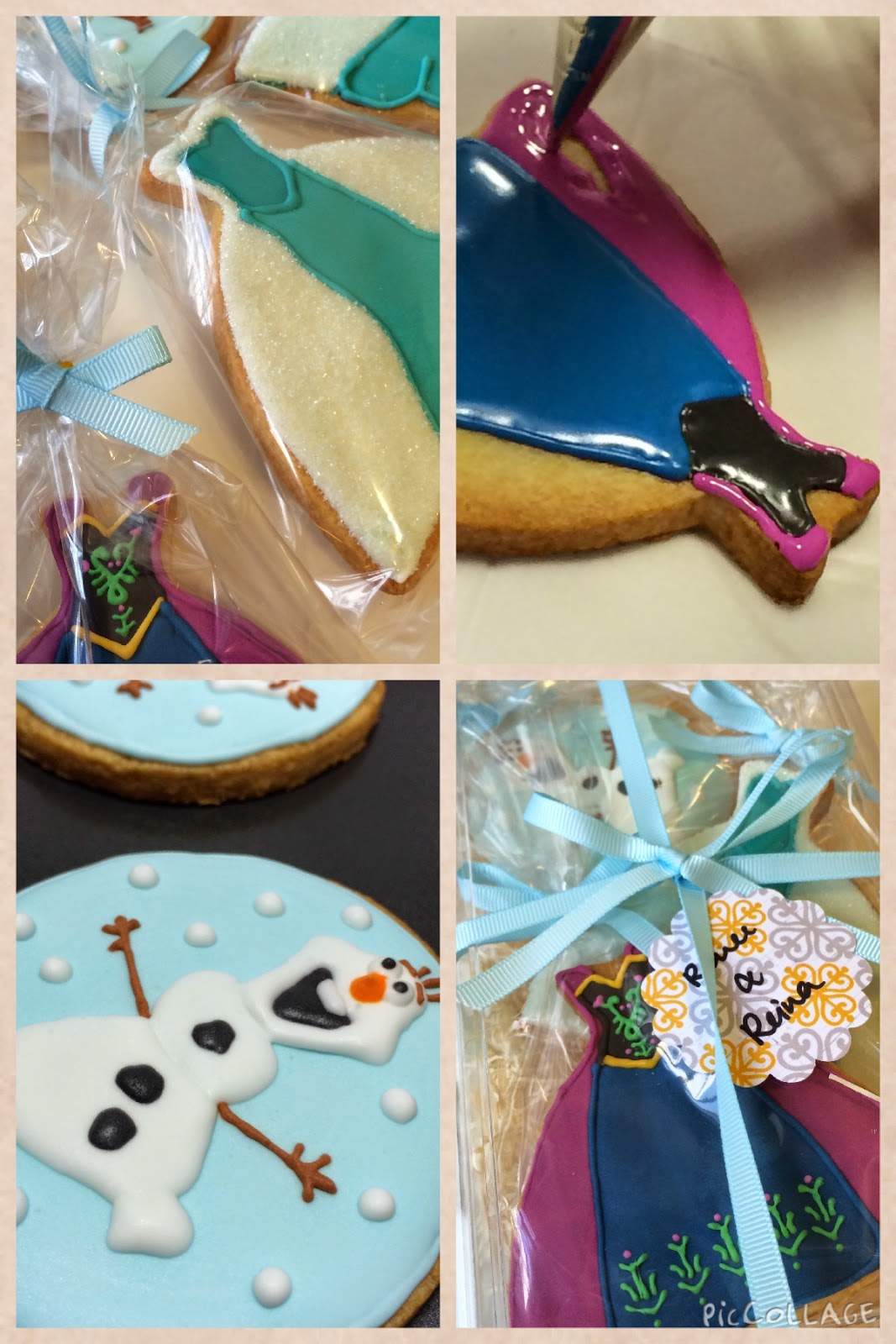 Since this is a special Halloween post, I thought maybe I'll post some of the more creepier things I found recently in the old family home. Can you guess what's in the little plastic tumbler? I couldn't at first, until the baker in the house told me what they were after examining them for awhile. Answer at the end of the post! ;) 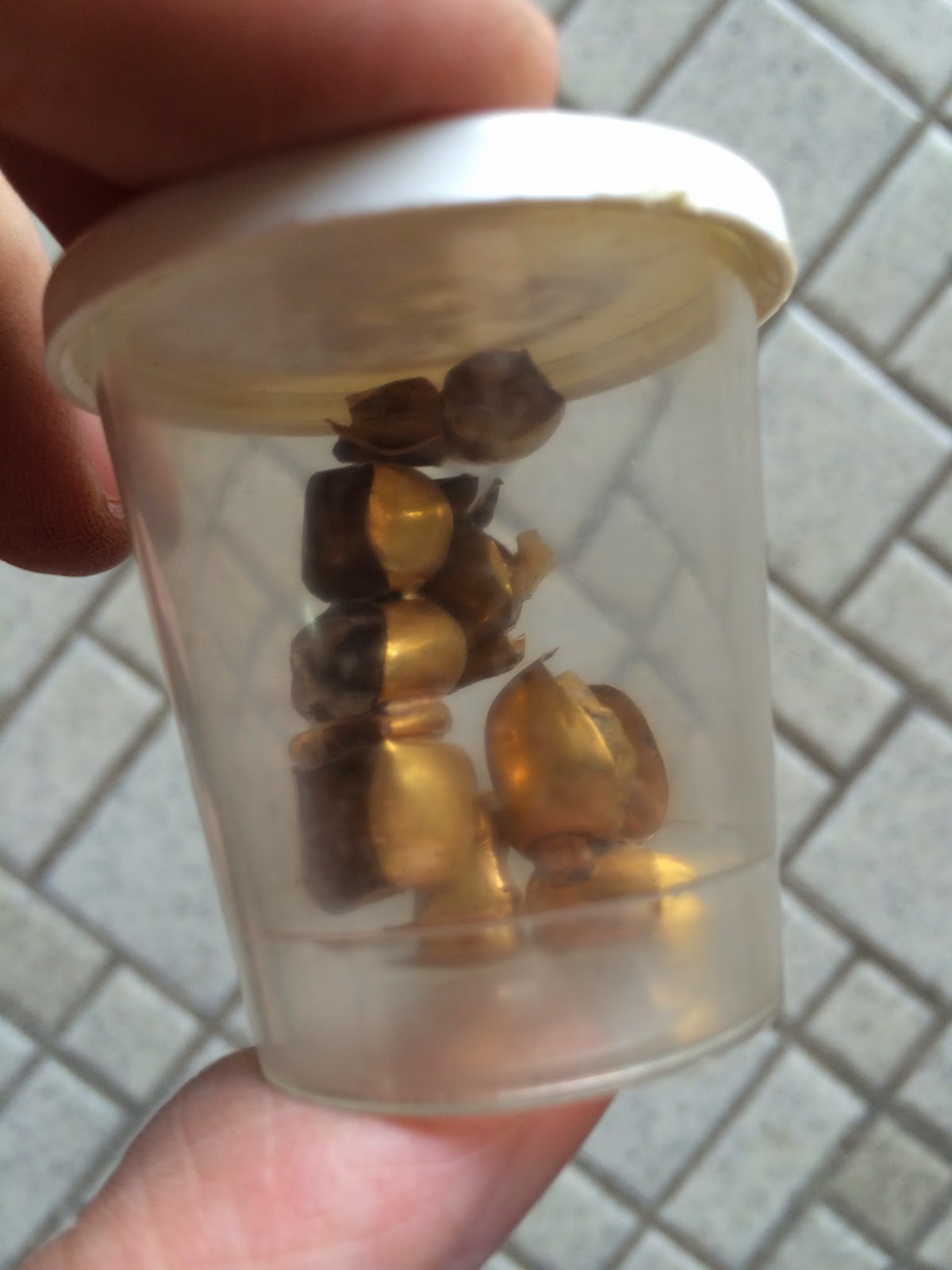 Now what we have below is apparently a pack of animal claws. Could be tiger or bear? After some research, it appears that back in the day, they were commonly used in pendants to be worn by children as some sort of talisman to ward off evil. Since I'm the only child in the family, I would assume that these claws were meant for me but as far as I can remember, I never worn any talisman when I was a kid. So who or what were they exactly for? 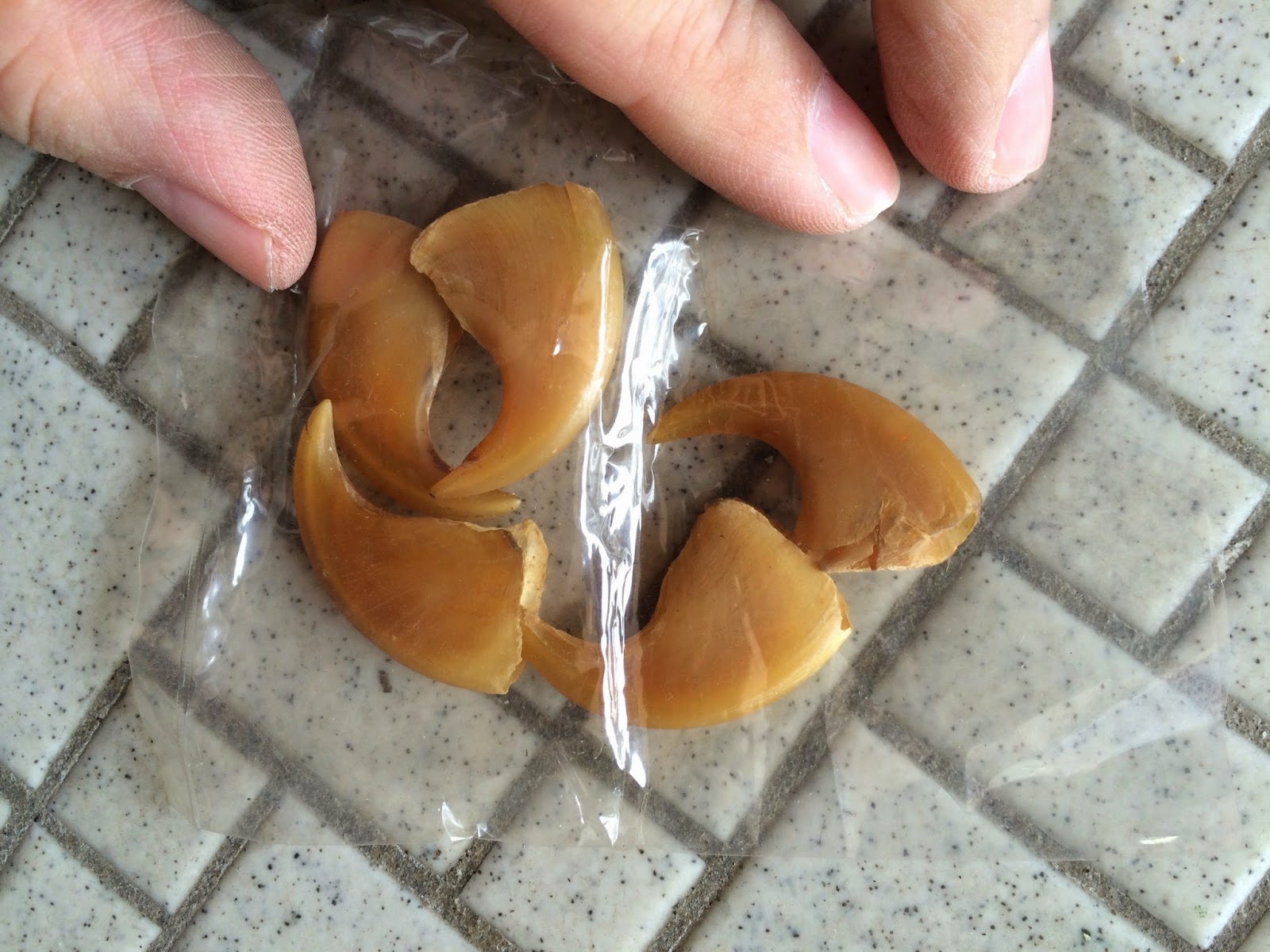 Well, this is to some people probably the creepiest thing I found in the old family home (yet). My old teddy bears! I believe they are at least 70 years old as they were already rather 'seasoned' when I had them as a child. Don't ask me how but they were still in such an uncannily sanitized condition when I found them in an old suitcase about a month ago. Neatly wrapped with no foul odours or blemishes and like captured in an almost bizarre state of suspended animation. They were just like the day I last saw them decades and decades ago. The blue larger one below is actually a wind-up musical bear that plays a lullaby when you turn the key behind him. I got chills down my spine when I heard how crisp and clear the music was again. There were no creaks or lapses when the lullaby was playing. Extremely eerie but equally cool. 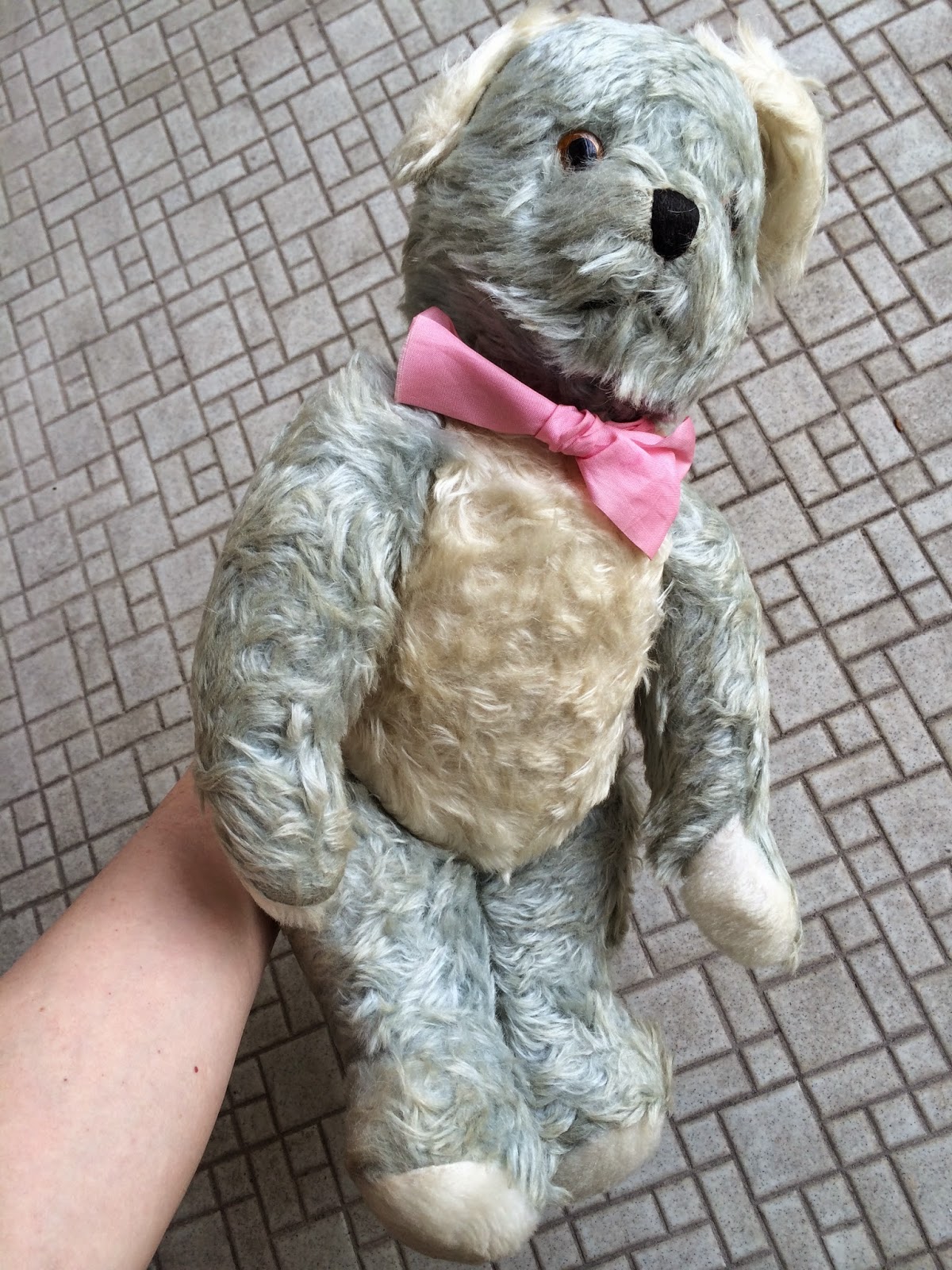 In case you are wondering, I never named them. A trenchcoat-wearing practitioner of the occult once said that there is "power in naming". Maybe as a child I did the right thing by not naming them but that is not to say that someone else in the past didn't name them. 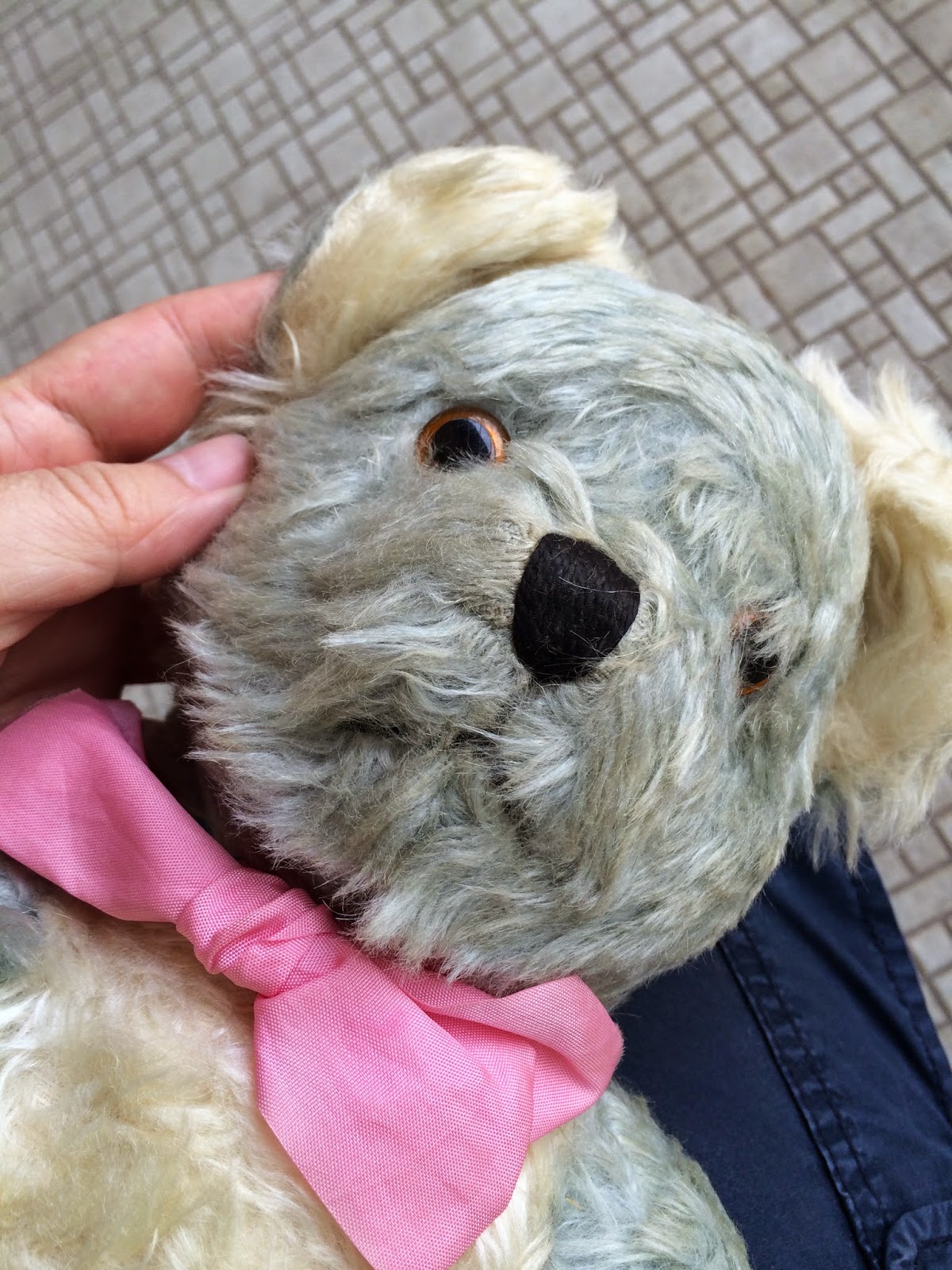 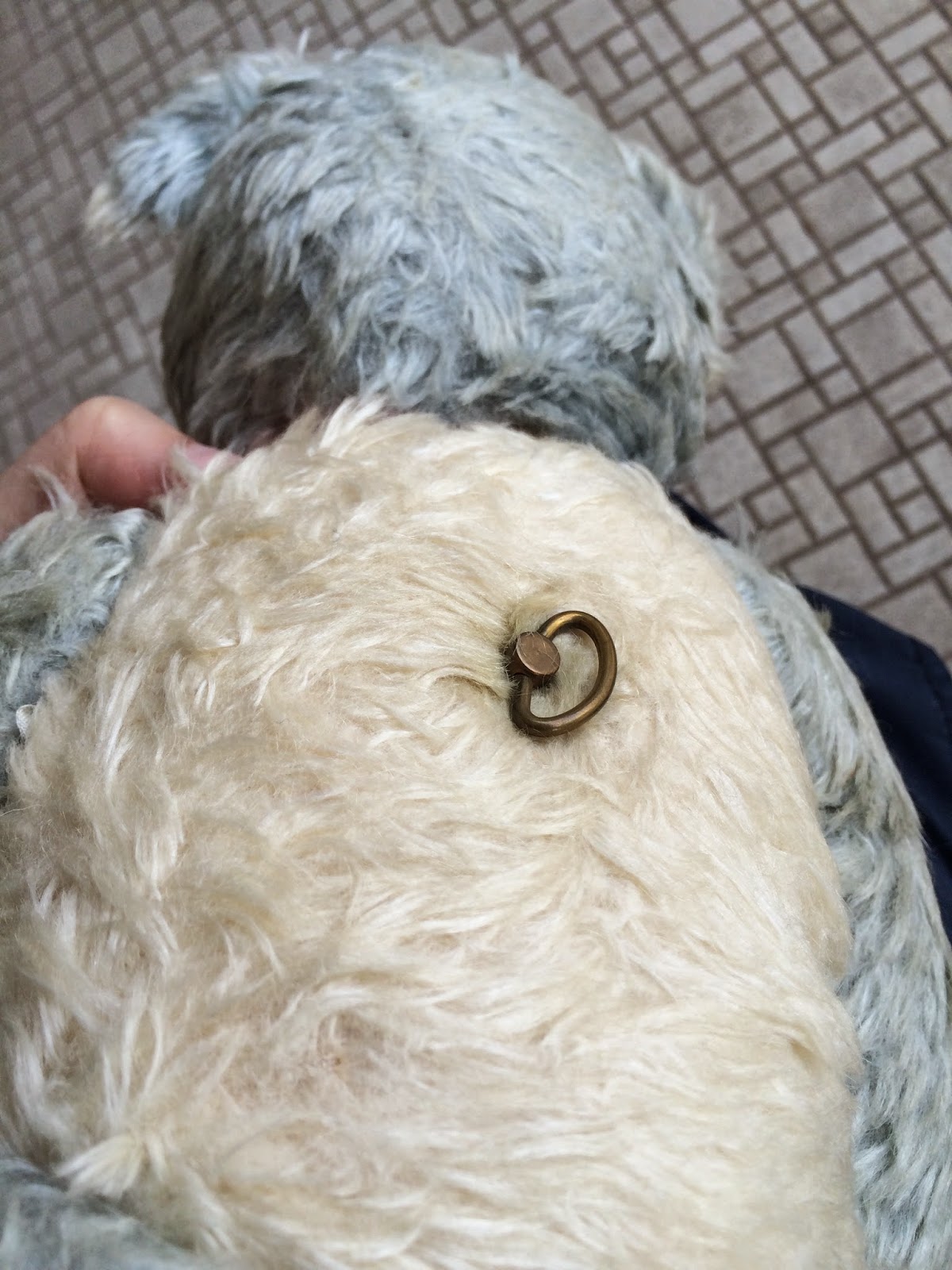 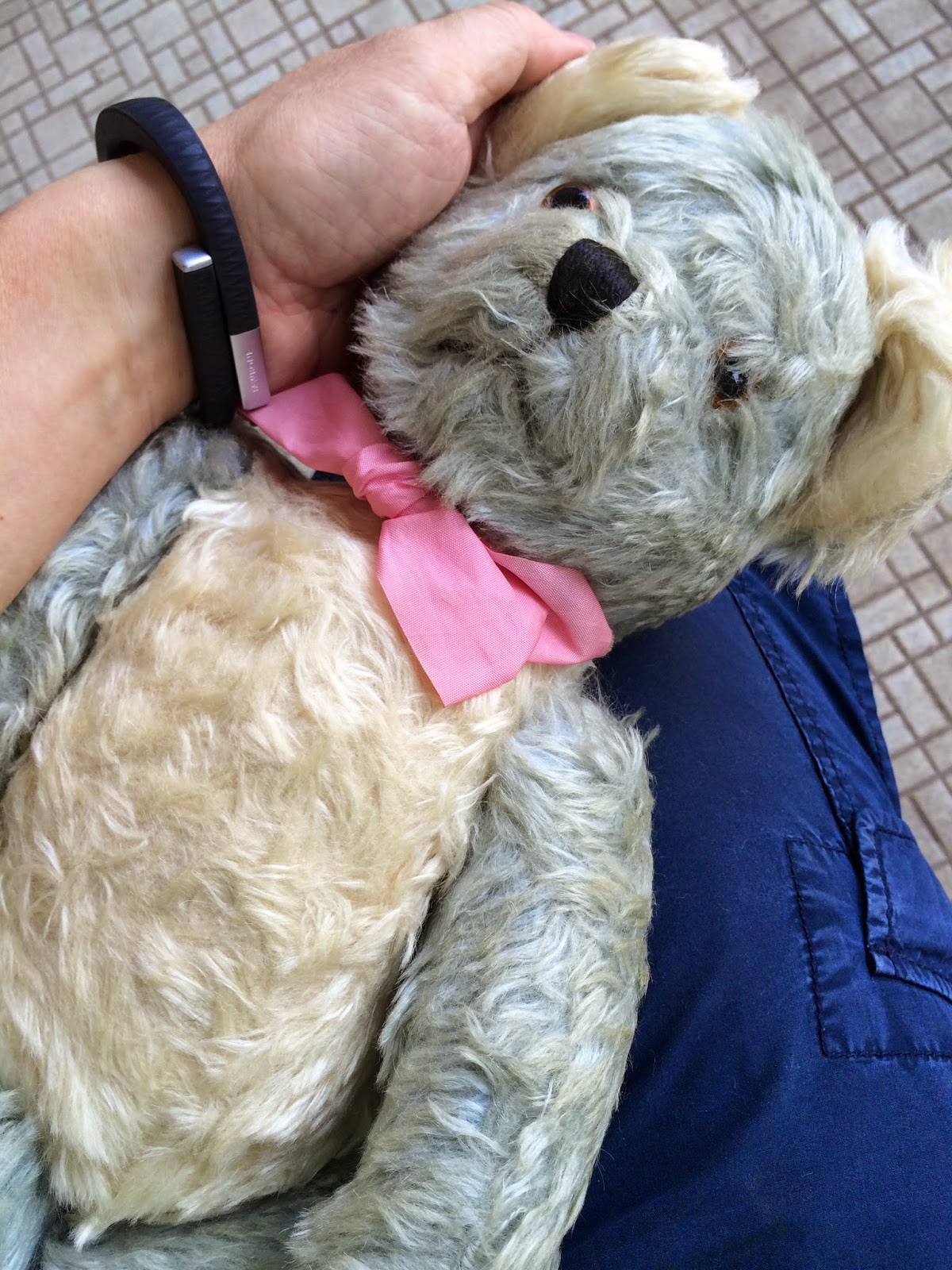 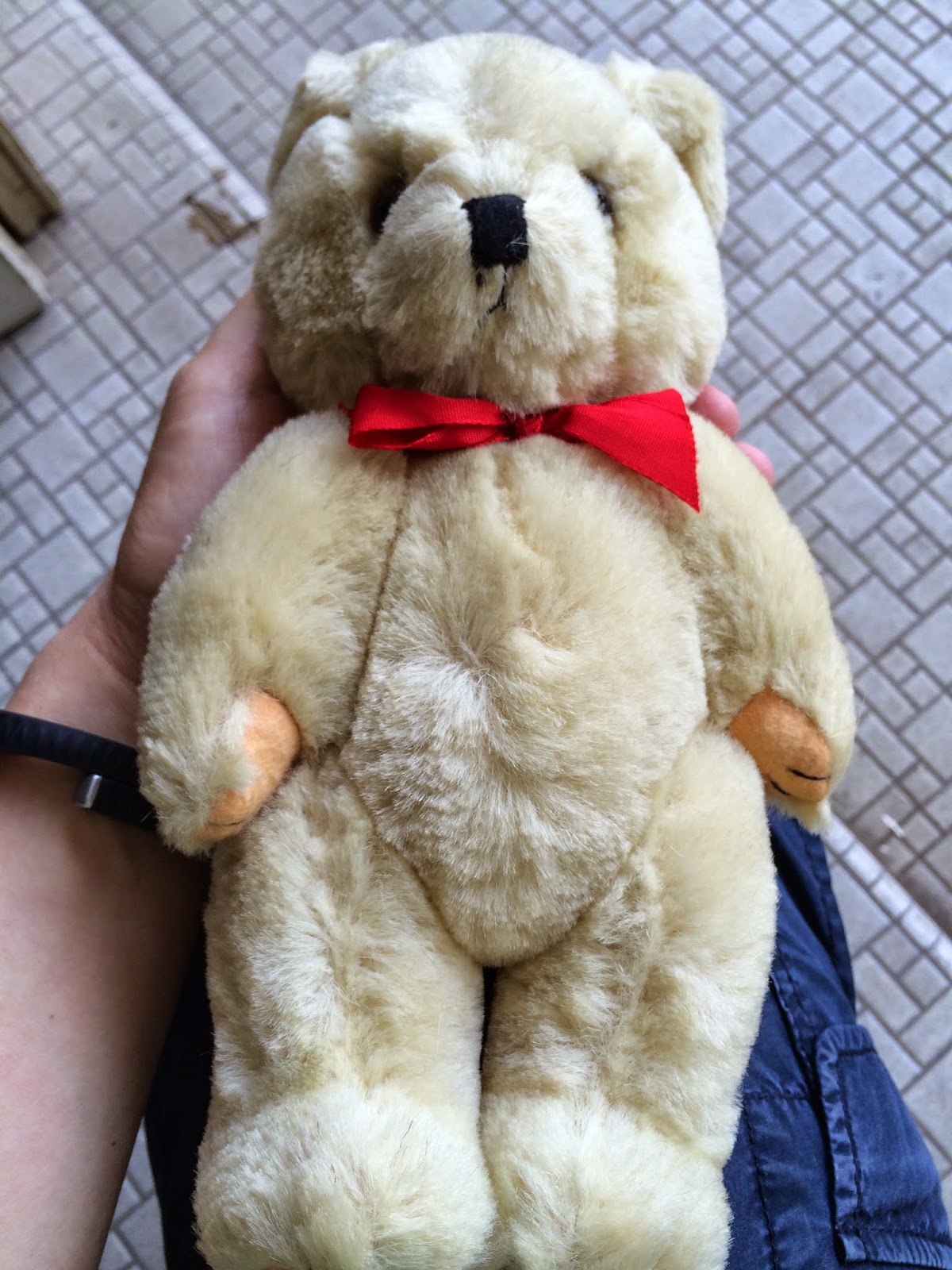 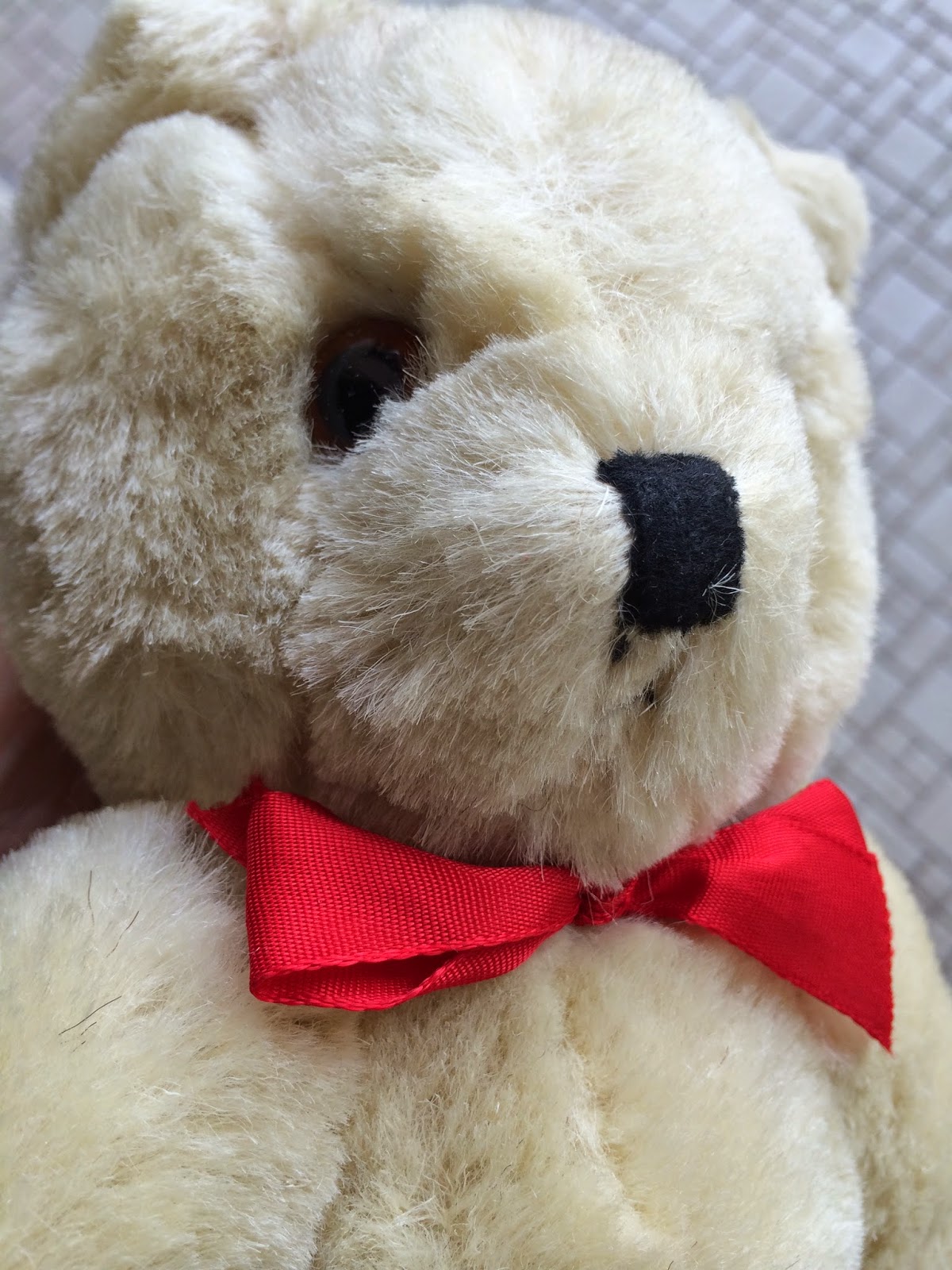 Alright, as for what's in the little plastic timber, those are .... gold teeth!!! I have no freakin' idea who they belonged to. Maybe my granddad or someone further down the family tree. I dunno but ... geez!

ARRRGH! I look at my bears now and think they're damn cute. I wonder if 100 years down the road, would they feel creepy too? This is how I feel about dolls. They creep the hell out of me. And clowns.

Oh yah, me and clowns too! They spook me.