Cavalock and The Quest for Singapore's First Bus Guide

When the local press starts calling your neighbourhood a hipster enclave, I guess it's hard not to end up having breakfast in another little chic cafe like L'etoile. I have already been to The Bravery and Chye Seng Huat Hardware for breakfast over the last year or two and while I had no major qualms with the food, I did thought it was a little overpriced. Now I heard that this other joint L'etoile is a pretty cool place to hang out so last weekend we decided to take a brisk 15-minute morning walk from my tiny apartment to the cafe at Owen Road. 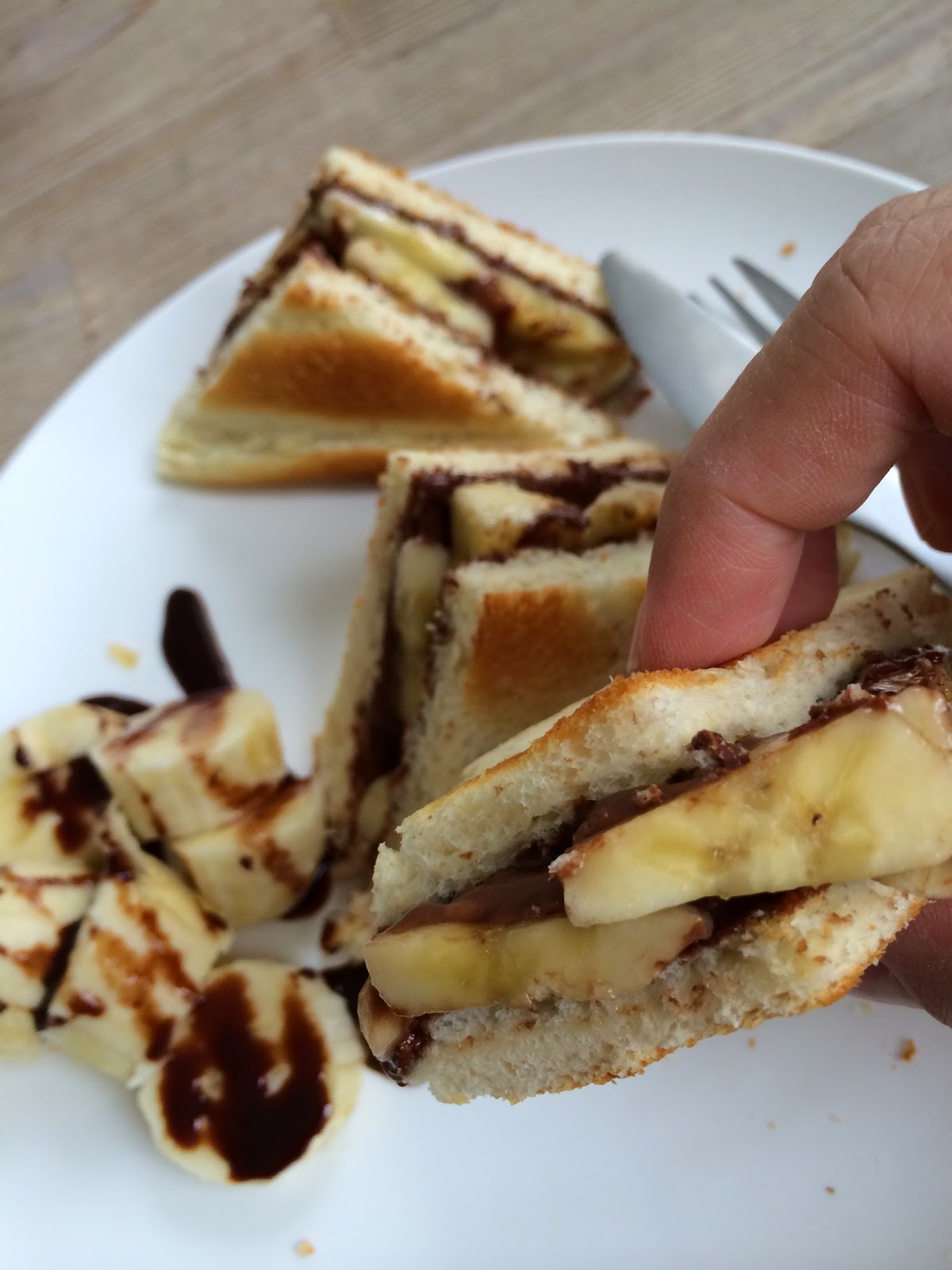 I know the cafe has actually been around for a couple years now but it was just a wee bit out of the way for us to drop by on a regular basis. We ordered the banana Nutella french toast to share and an omelette each plus a couple of flat whites. I really liked the toast and bananas, not overly sweet as it had just the right amount of Nutella to go with it. The omelette wasn't bad either although I would have preferred it to be a little firmer. But what I really enjoyed was their upstairs sitting area. Free wi-fi, nice ambience with lots of comfortable seats and a much friendlier layout than the other two previous joints. 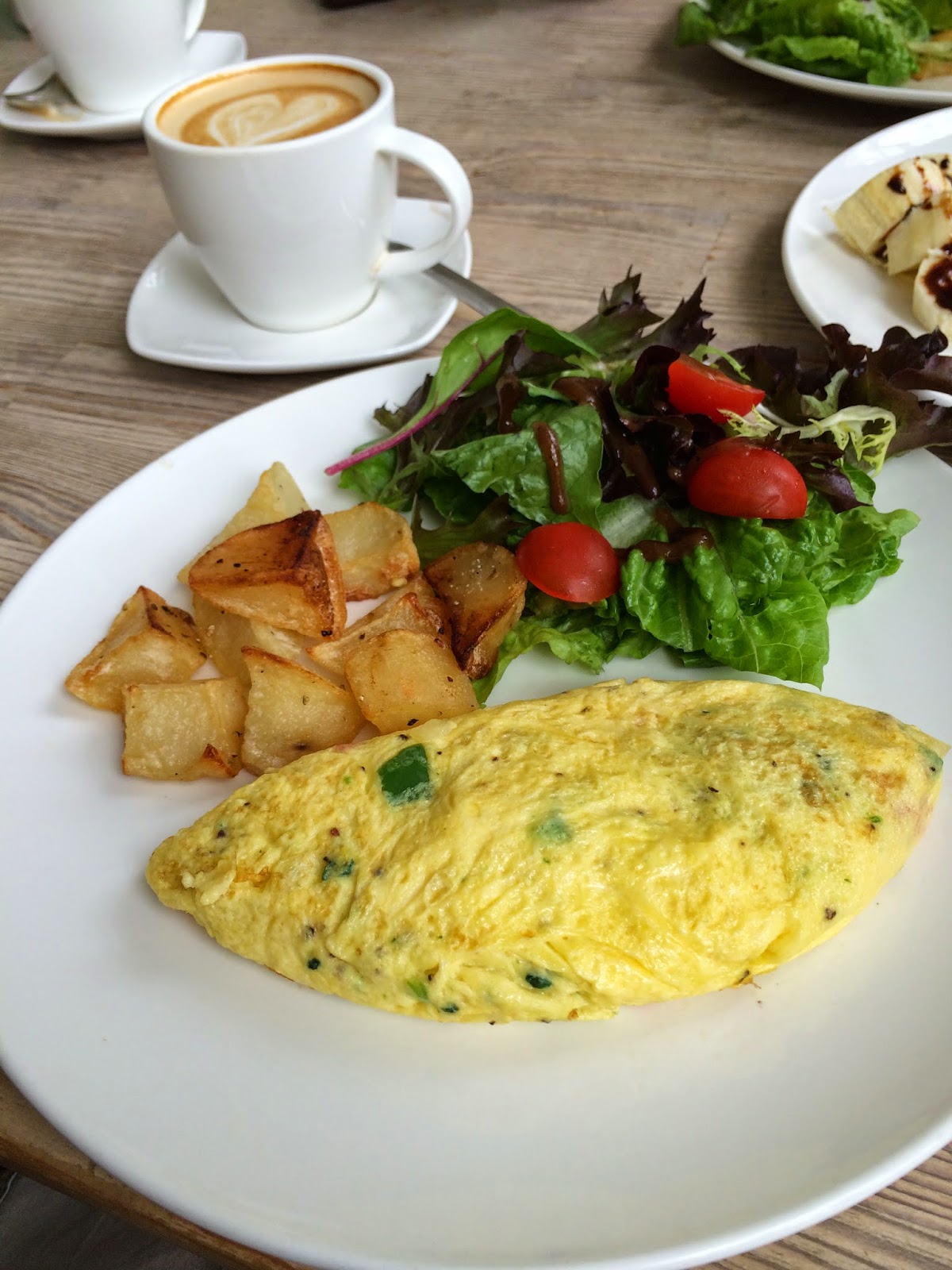 So for the last couple of weeks I have been digging through tons of stuff from the old family home and besides throwing out dozens of trash bags filled with decades-old junk, I have managed to unearth several historical nuggets that I think folks out there would appreciate. First up is this tiny bank savings book from Bank of America from 1961 that belonged to my late aunt. Can you believe this, it's all hand-written but that's not what caught my eye. What really surprised me was the twice a year interest! Geez, you sure don't see that happening anymore. 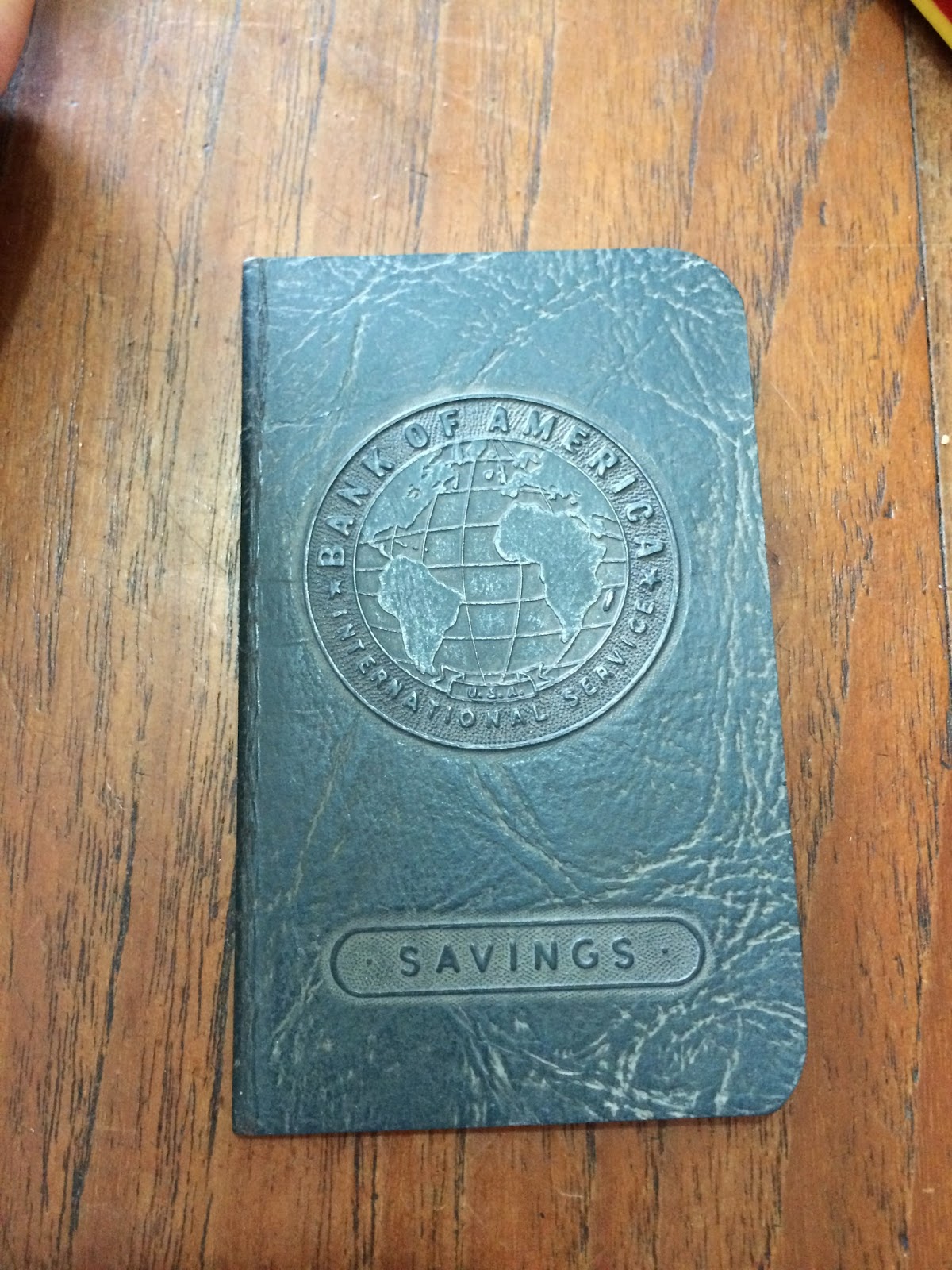 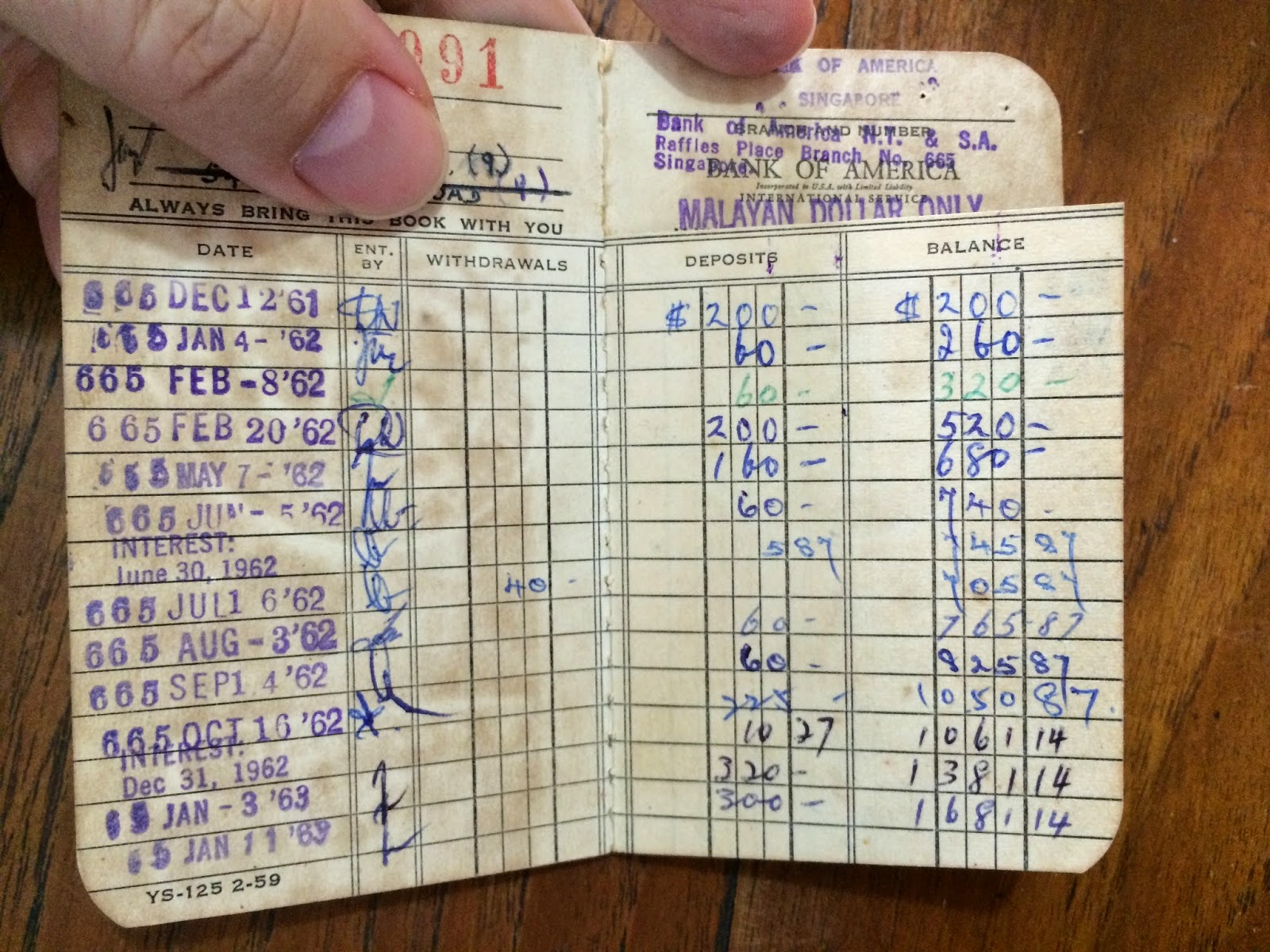 Now here's something else the local history buffs might find interesting. I believe this here is our first local Singapore Bus Services bus guide from 1971. Yup, before your smartphone apps or the pocket guidebook, this is apparently how you find a bus and its route. Well, alright it doesn't exactly spell out the route and it's more like a giant fold-out bus interchange map of the island, but I think that's all they got back then. I tried to Google for more info but I can't find any. Does any of the bus numbers still look familiar to you? Looks like bus number 170 is the Johore bus since day one, same goes for bus number 2 heading to Changi Point. 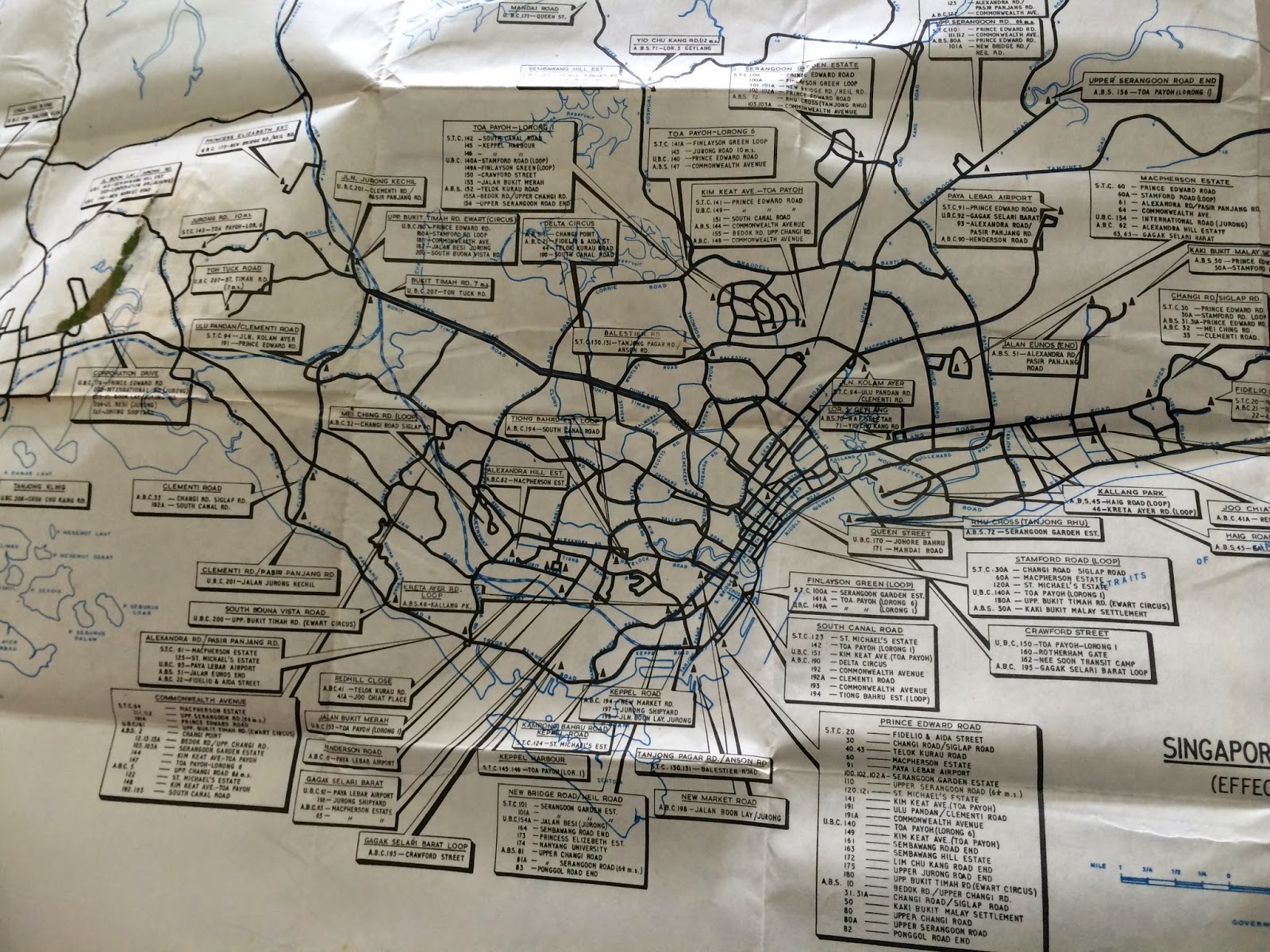 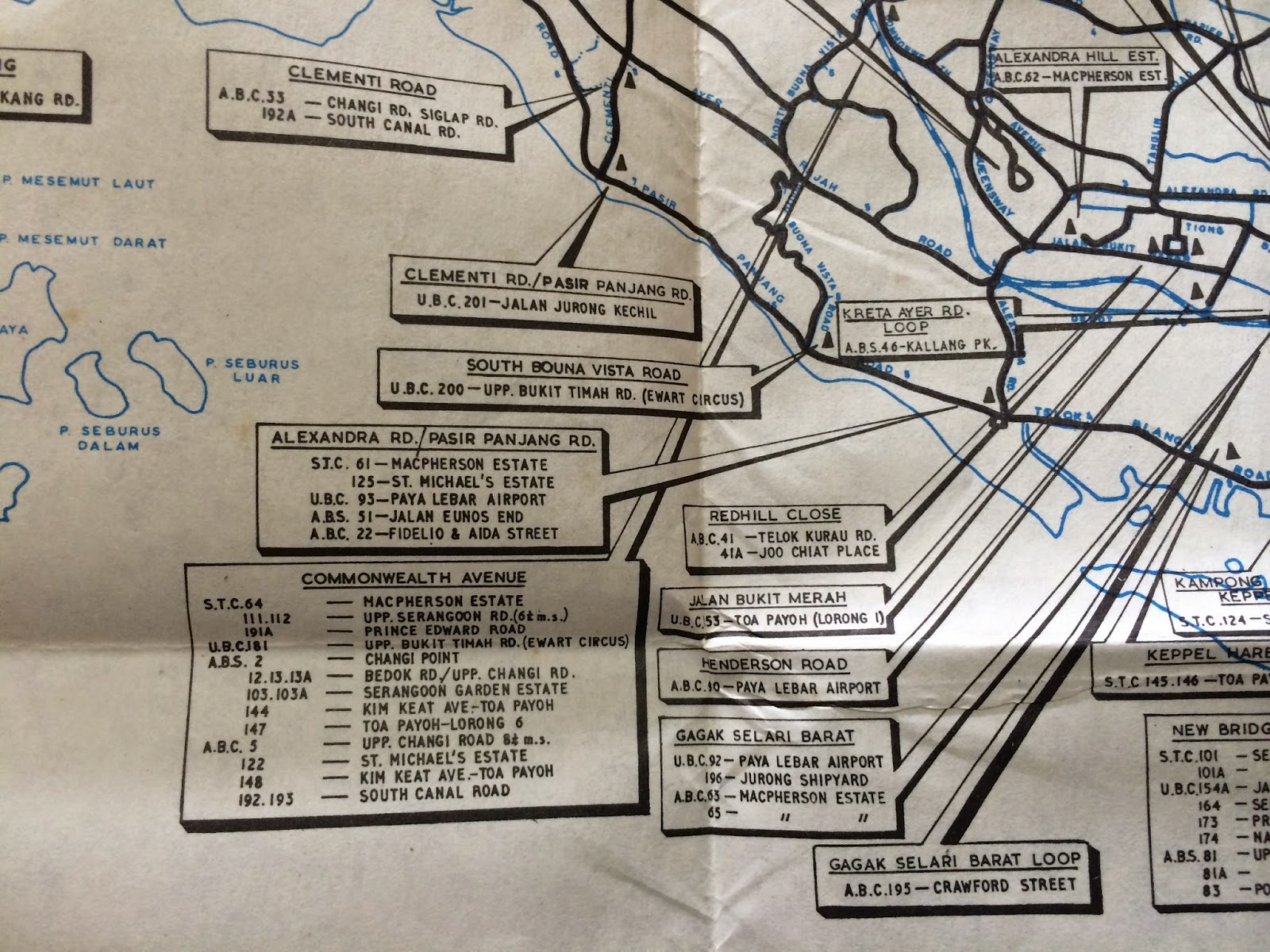 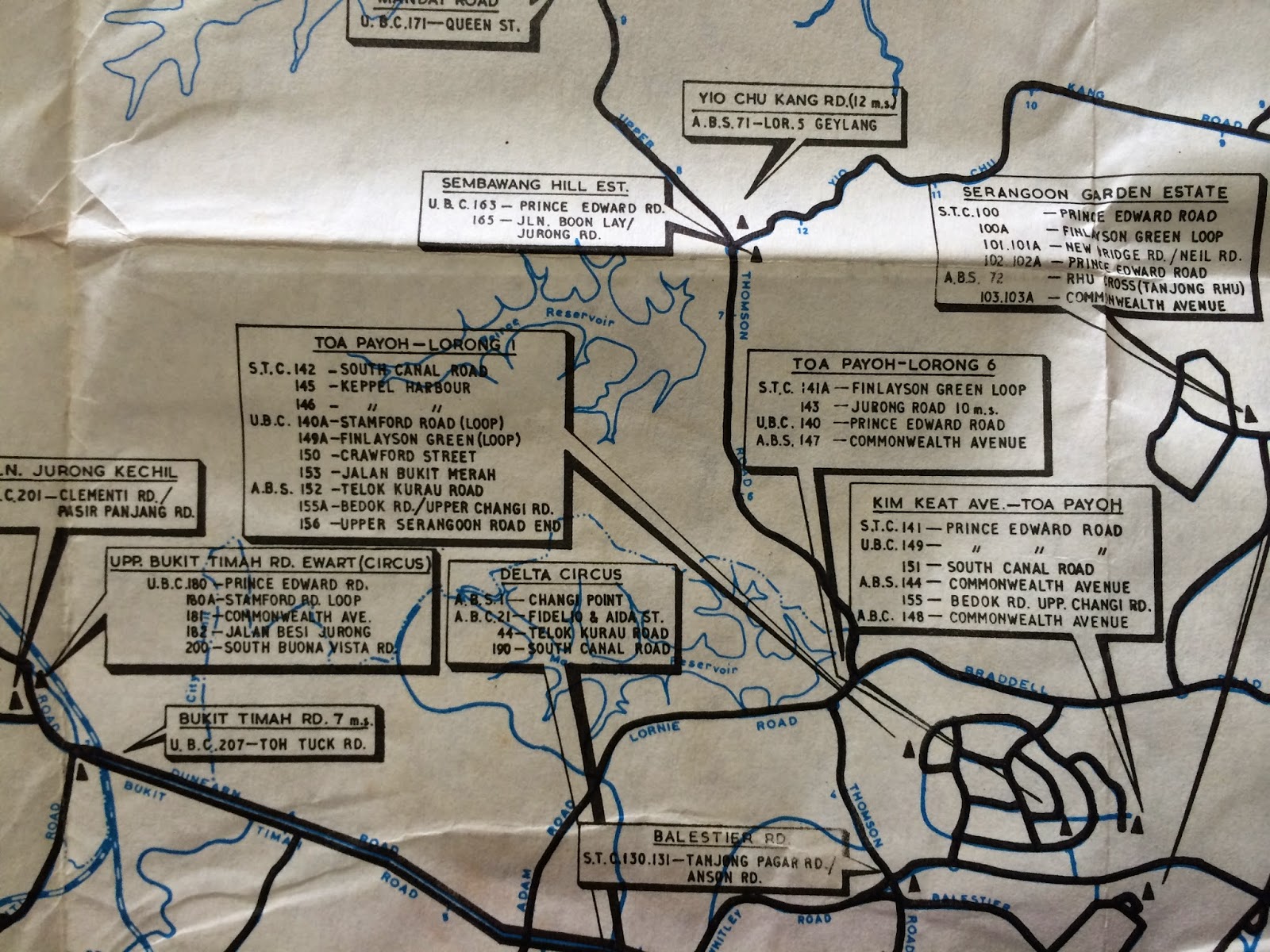 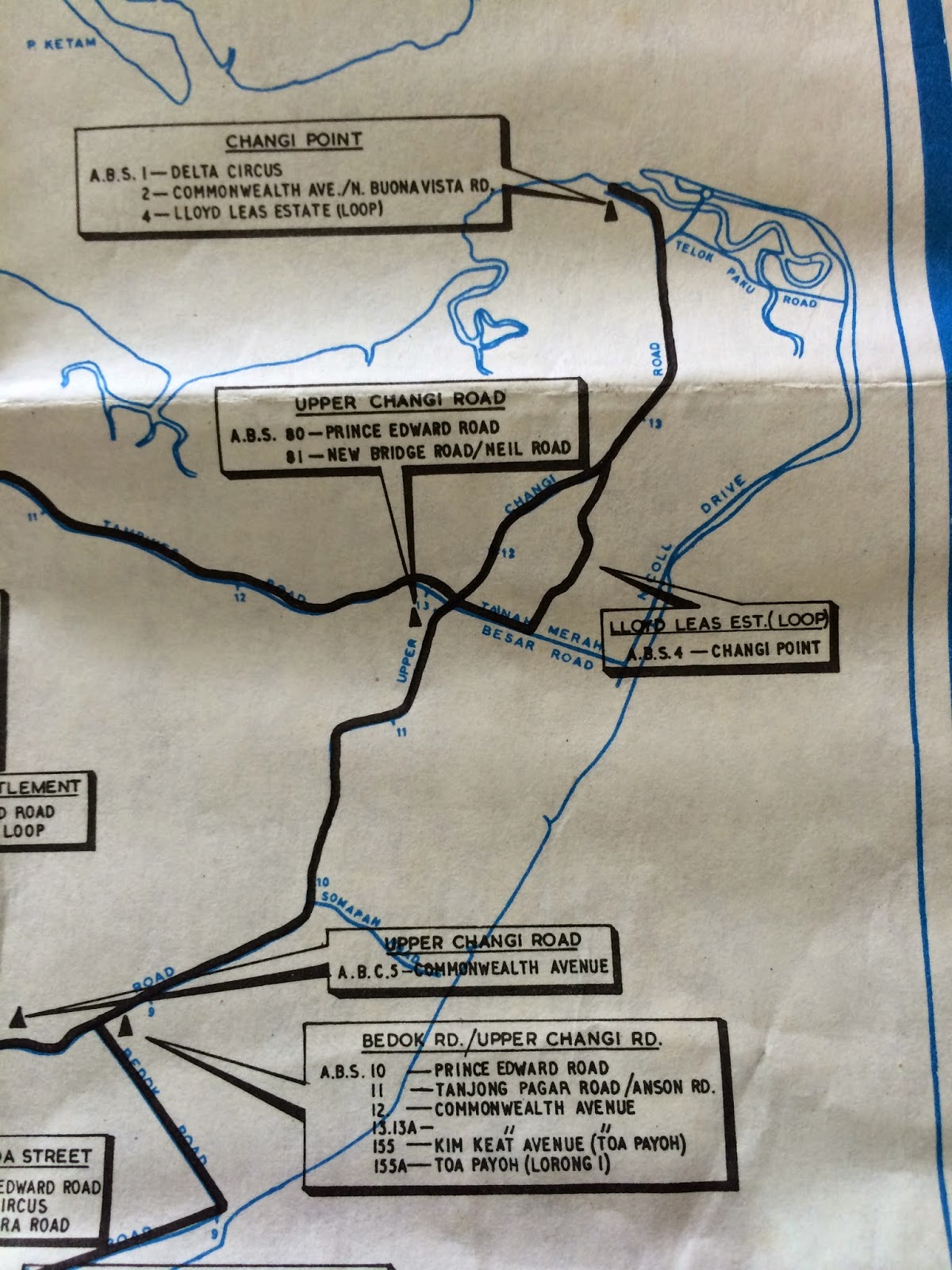 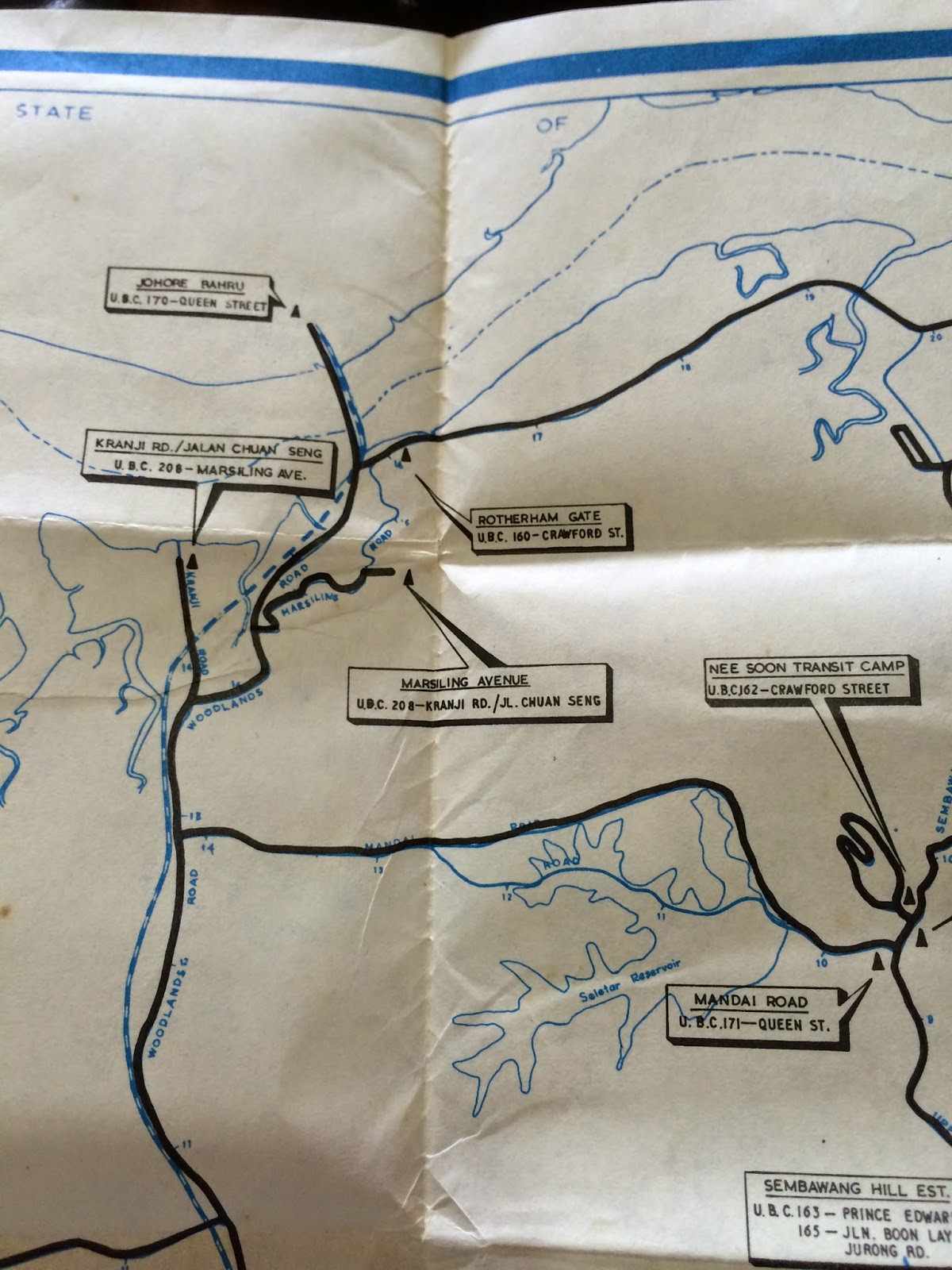 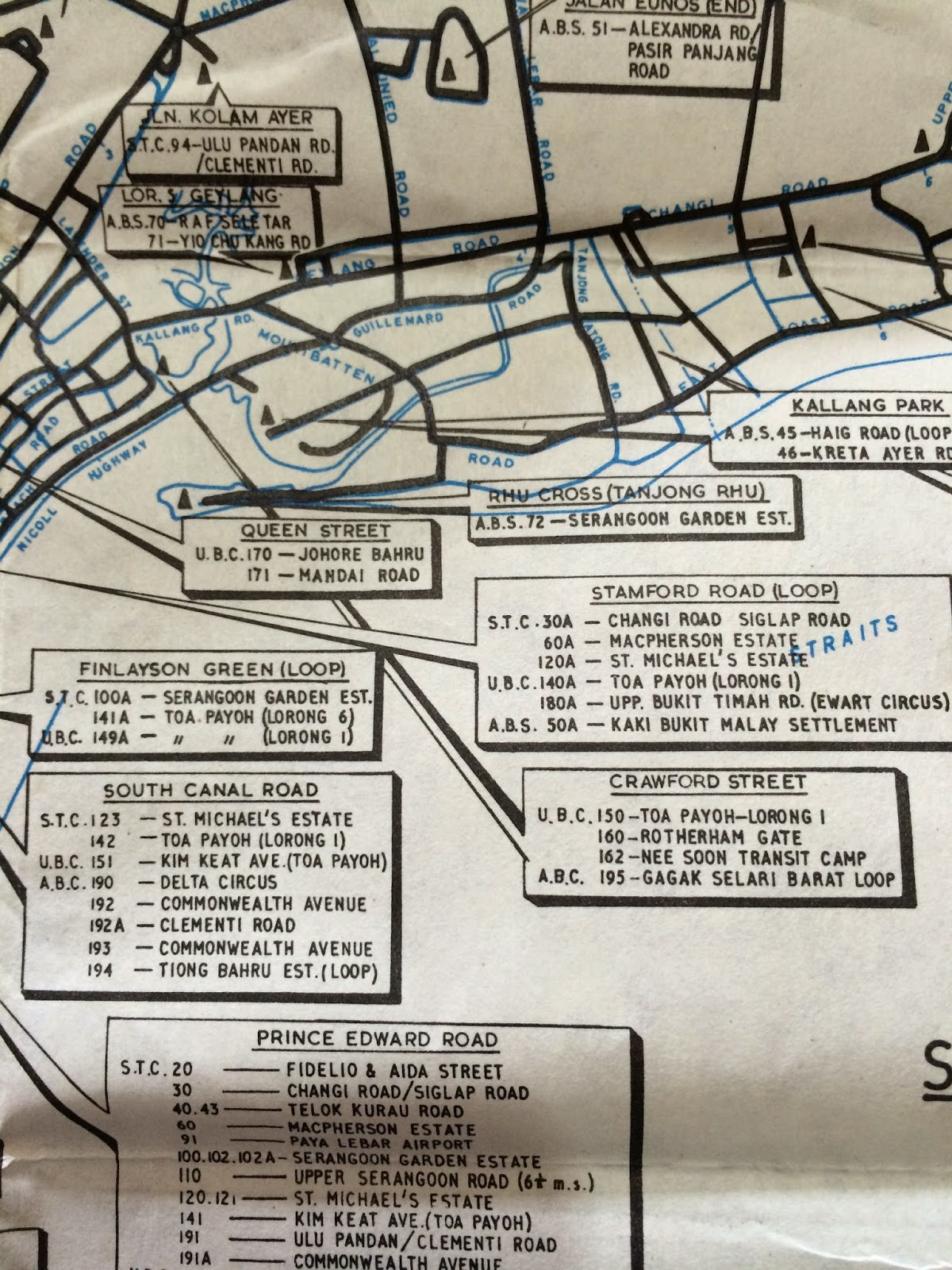