Cavalock and The Shake Shack Shakedown

This was a no-brainer. Almost everyone I spoke to before our New York trip has insisted, recommended or ordered that I head to Shake Shack and grab one of their famous burgers. Well, we knew there were several Shake Shacks all across the city but we also knew that since we were gonna be flying out of JFK Airport's Terminal 4, there's not one but two outlets at the departure hall. 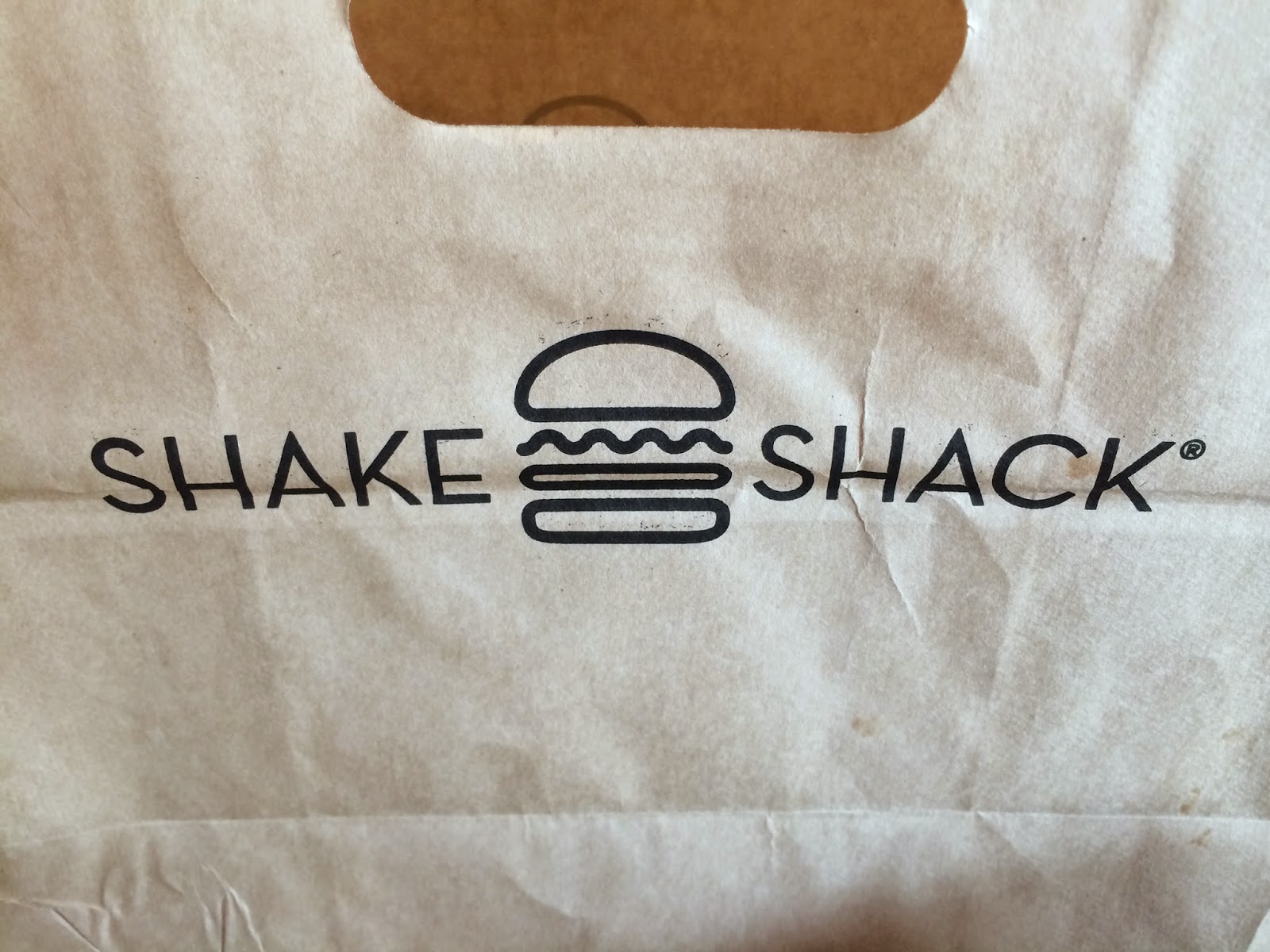 But we also found time to just drop by their outlet at Madison Square Park. The weather was fantastic that afternoon, sunny and with hardly any clouds in the sky. What I found fascinating was seeing people of all ages sitting outdoors, having picnics or just enjoying a book. I mean, this was like a working weekday but this garden scene was something I would only imagine happening on a weekend cos everyone looked so relaxed and picture-perfect. Really. 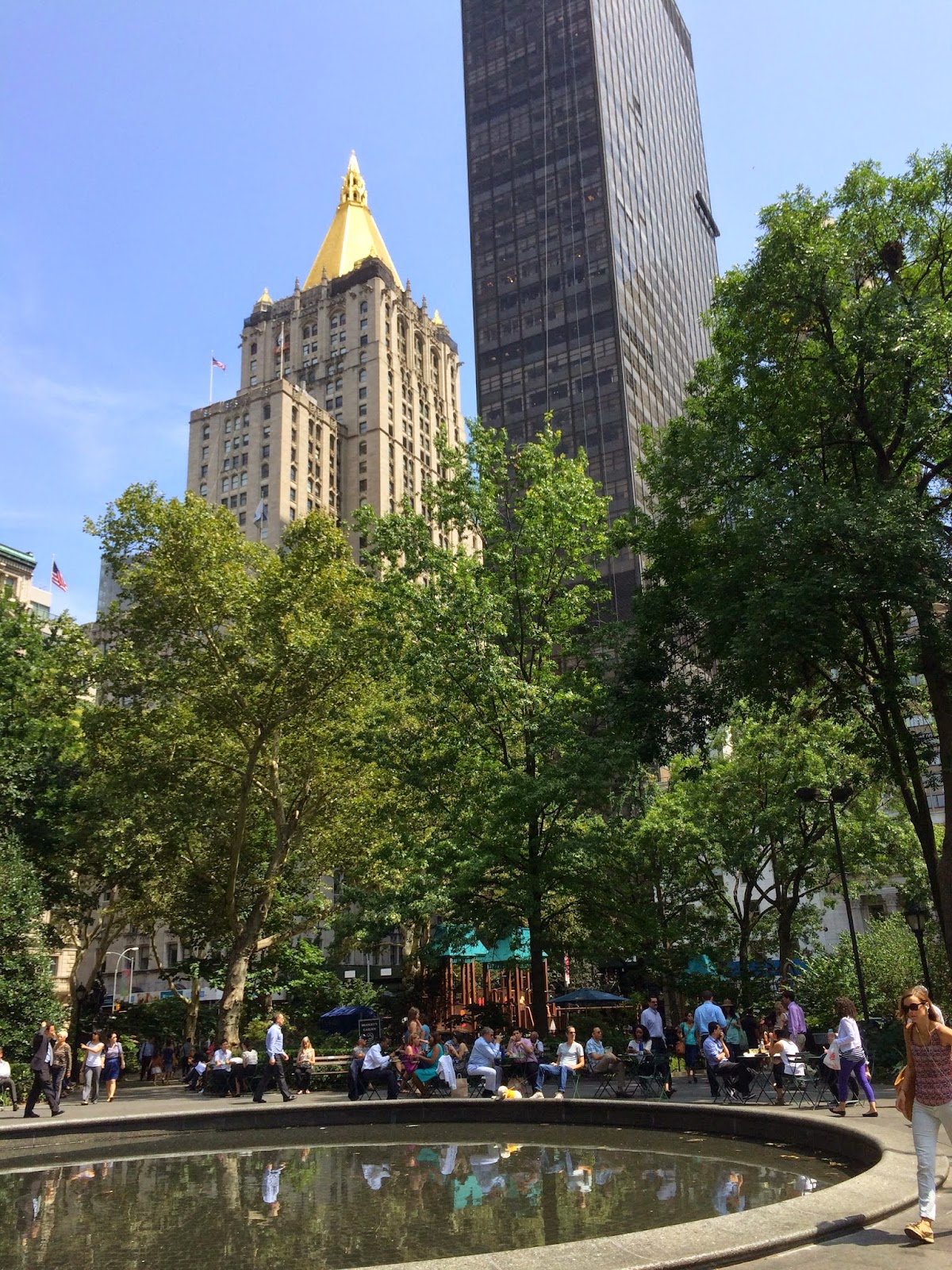 Looking at everyone lying on the grass, we began to wonder "what about the ants and bugs, don't they get them here?". Cos if you try doing that back in Singapore, you'll be playing host to half a dozen mosquitos and an ant farm climbing up your leg pants. I guess it's also cos there are no food courts or coffee shops like we are familiar with, where working folks can gather for a cheap good lunch. I reckon in NY, it's a quick eat-and-run routine where you basically grab a burger or salad and head back to your office. So this picturesque park is kinda like an oasis in an urban desert where one can really unwind with friends and just enjoy a lazy afternoon. 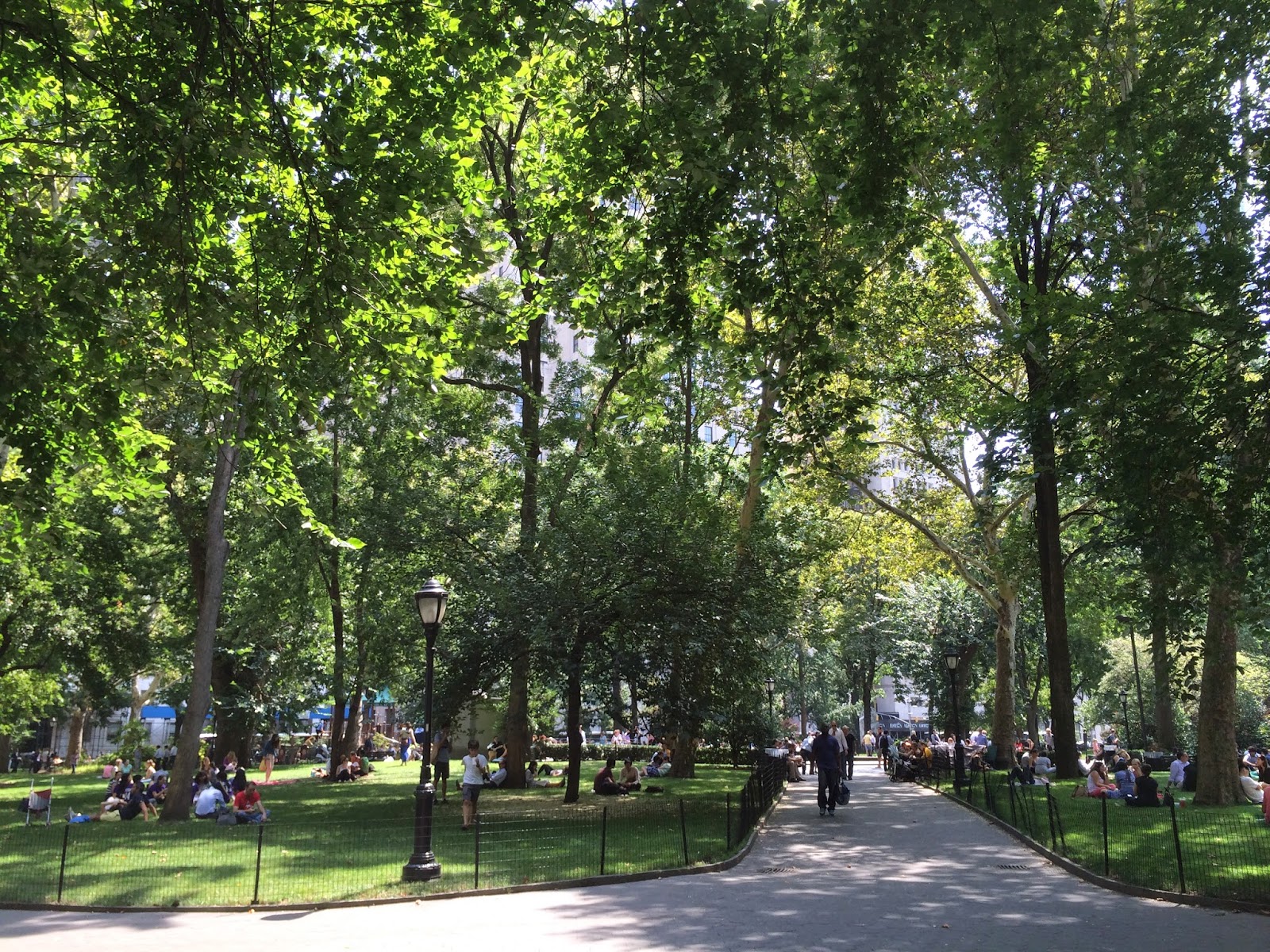 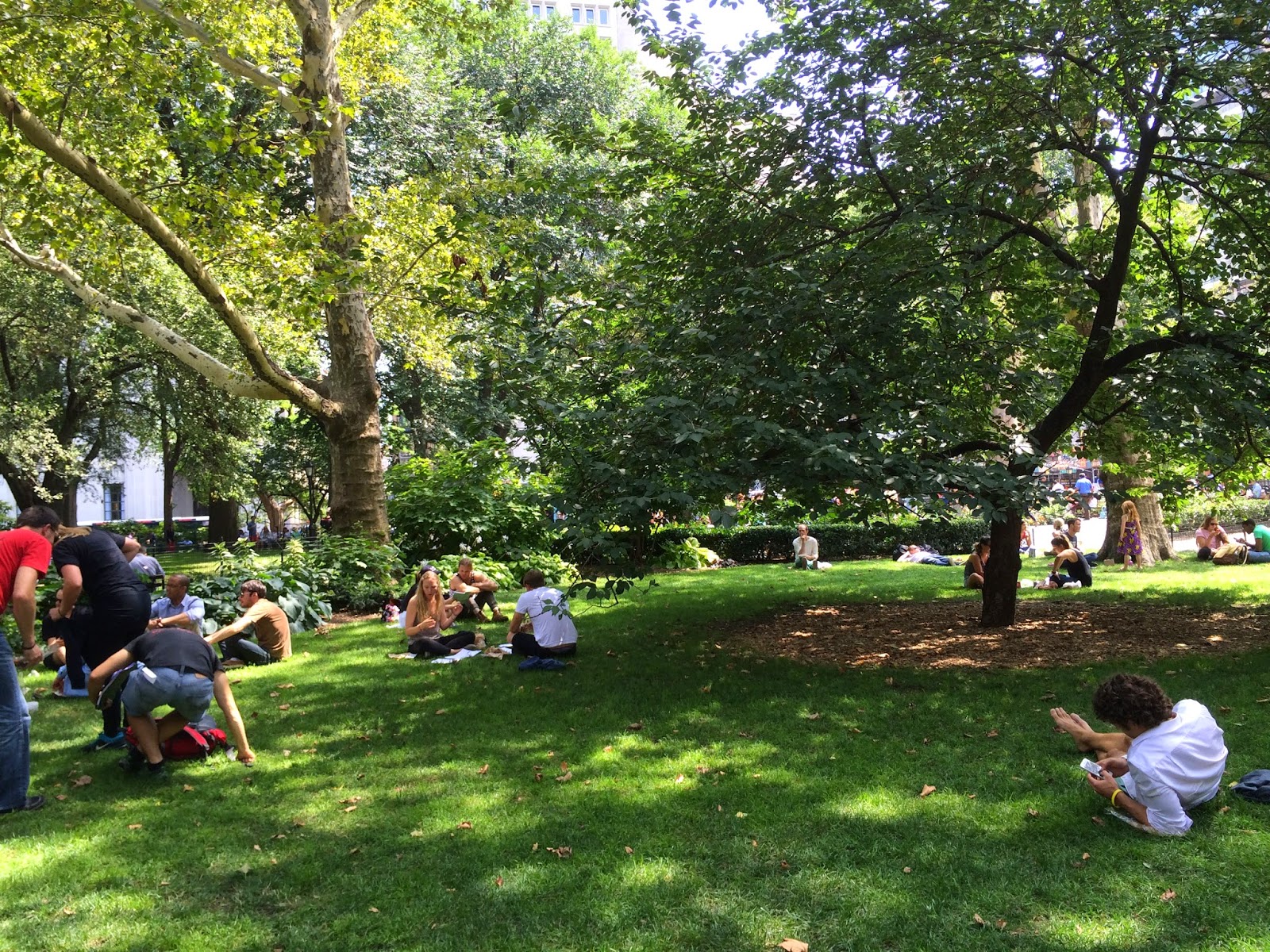 Alright back to Shake Shack, super long line at Madison Square Park. This is like iPhone 6 and Hello Kitty put-together-level kinda queue. Took a panoramic shot and I know the picture ain't big but it starts from one end and ends at the other. Trust me, it's loooong and I'm surprised people were ready to stand in line outdoors in the afternoon sun. I guess them burgers are really that good. 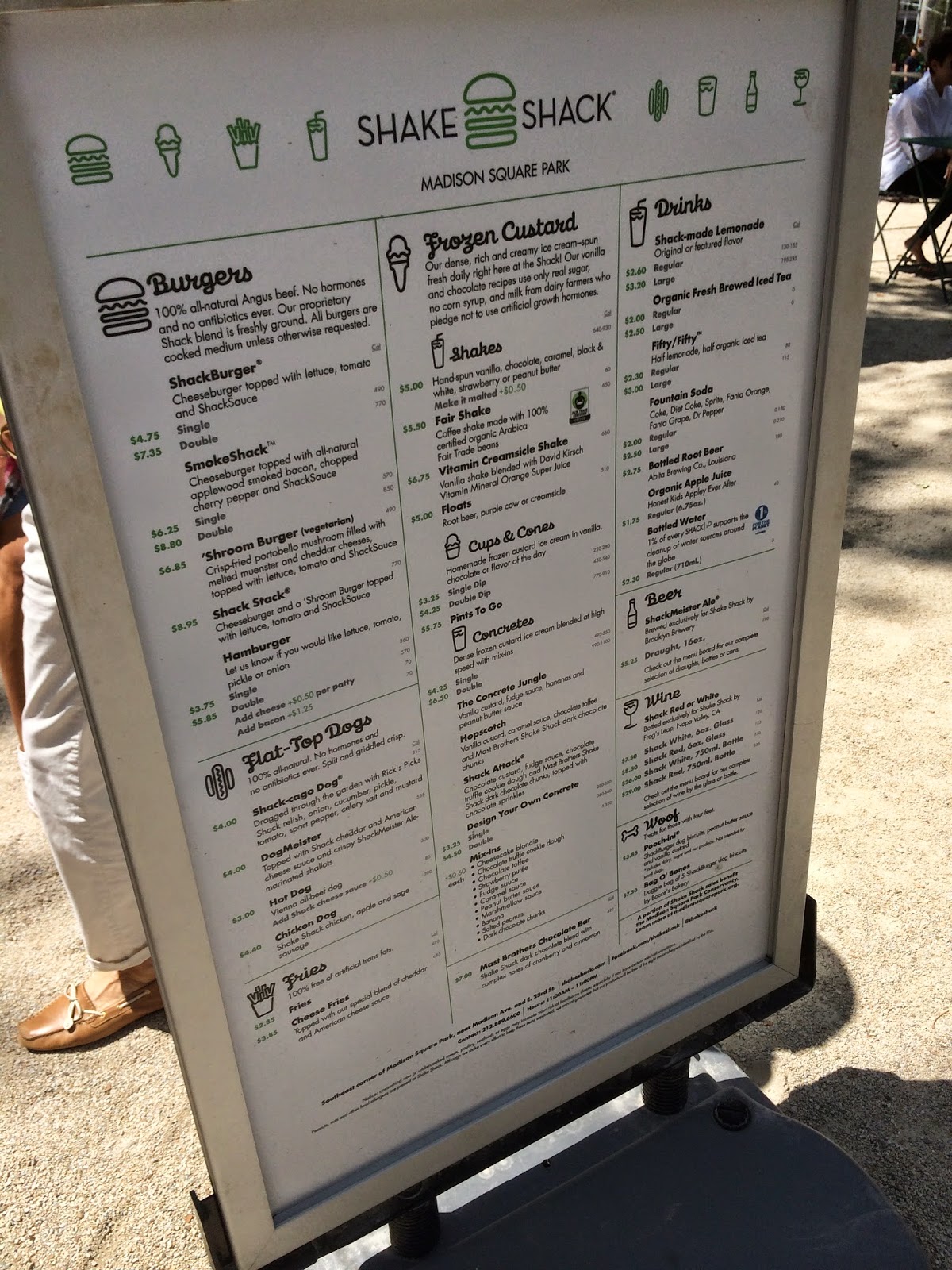 So on our last day, we finally made it to (one of) the Shake Shacks at the JFK Airport Terminal 4. Ordered the Smokeshack, which is a "cheeseburger topped with all-natural applewood smoked bacon, chopped cherry pepper and ShackSauce". I really liked it but I have to admit, I can't remember exactly why! I mean, its been almost a month and I can't remember all the specific reasons except that it tasted really good. Another reason why I can never be a food blogger! I could pretend and come up with a buncha synonyms for 'delicious' but I figured it's better to just be honest. However I do remember how the buns are not completely cut through so it nicely captures all the sauce, and none of it drips outta the burger. Now why can't other burger joints do the same with their buns?!?

Had me the Fly Me To The Shack custard ice cream for dessert. It's "chocolate custard, fudge sauce, chocolate cookie dough and Mast Brothers Shake Shack dark chocolate chunks, topped with chocolate sprinkles". A bit too chocolatey for me but may be great for some chocolate lovers out there.

The Fifty/Fifty drink is simply half lemonade and half organic iced tea which tasted just like very strong lemonade to me. 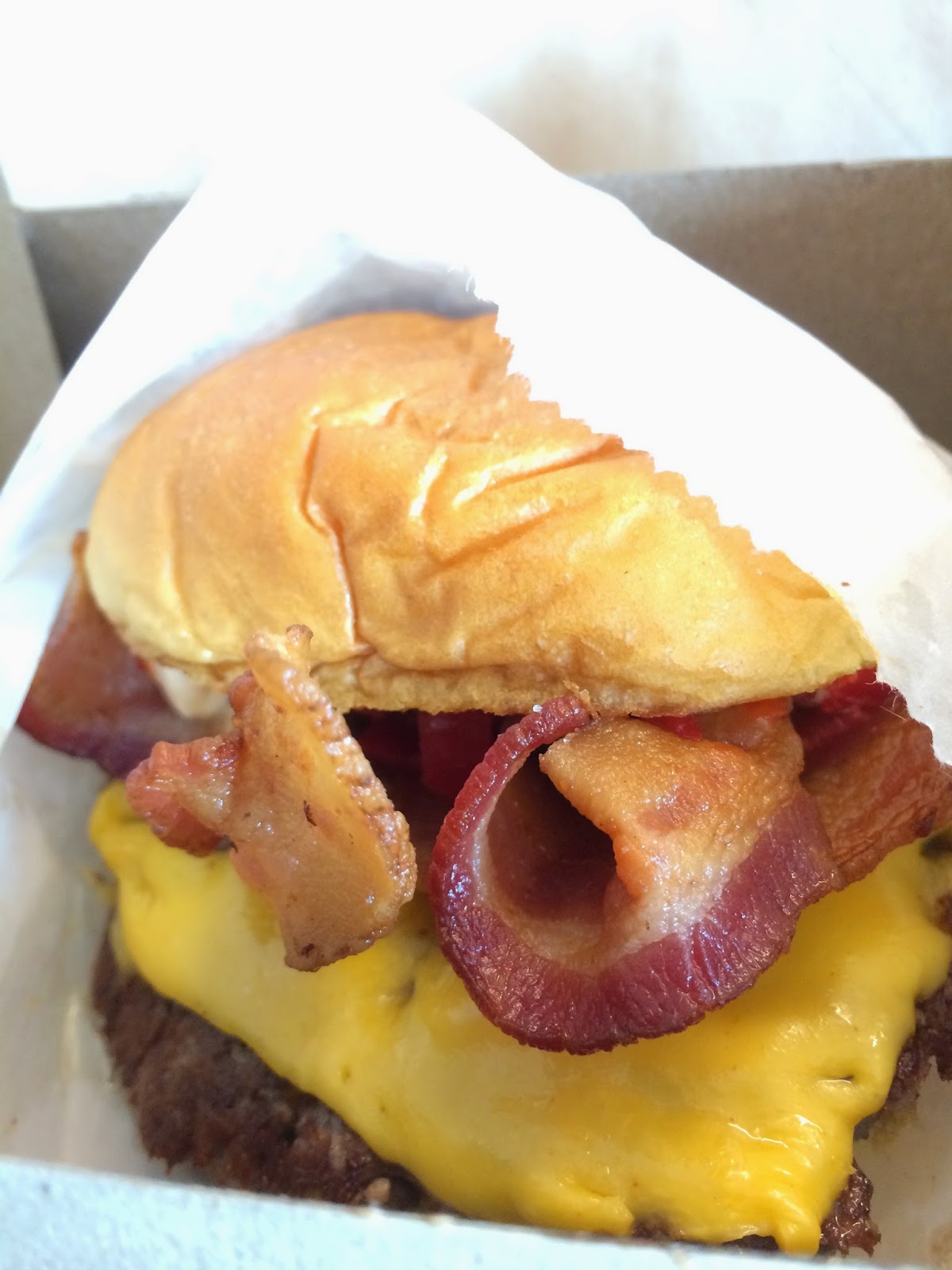 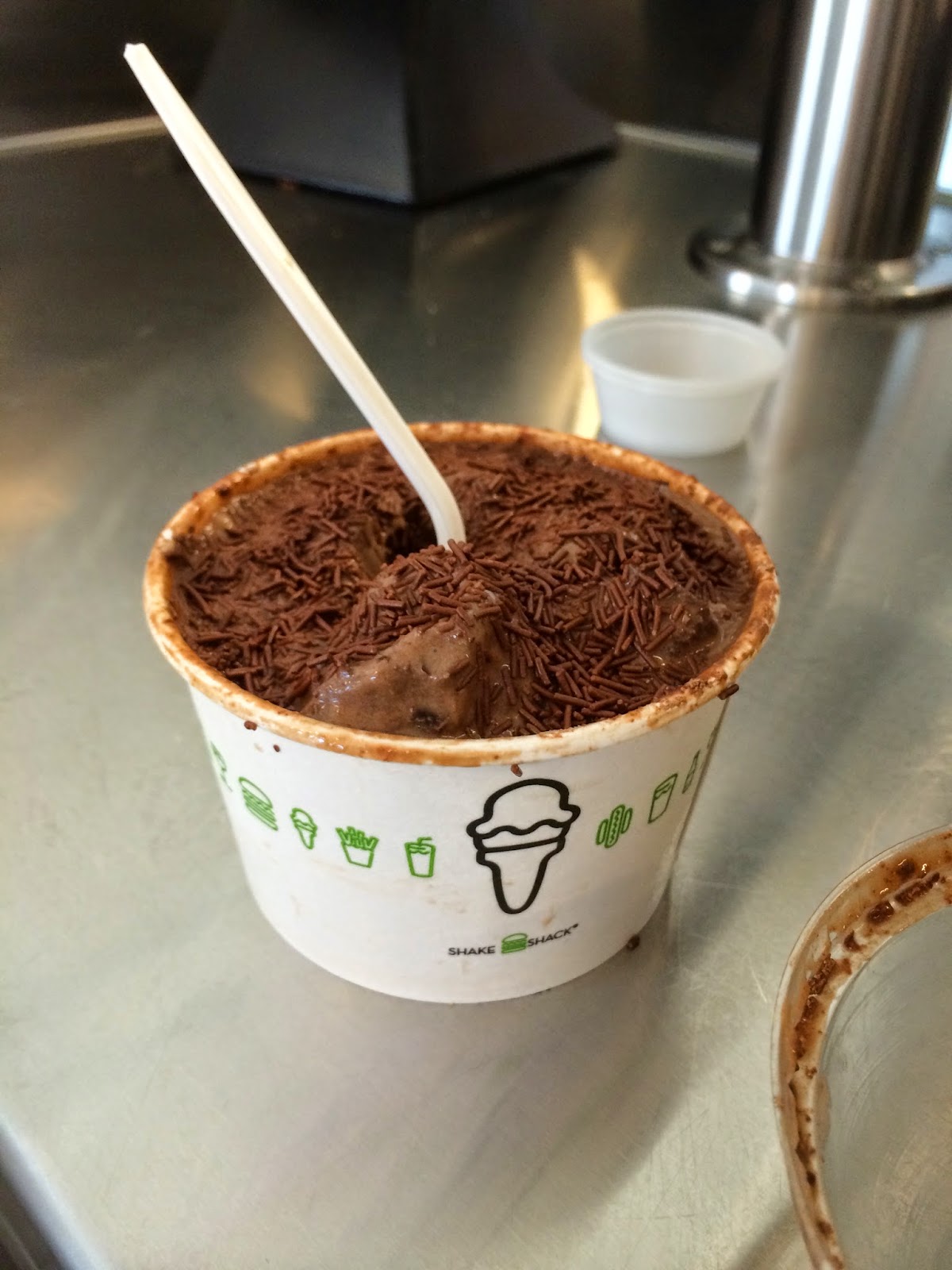 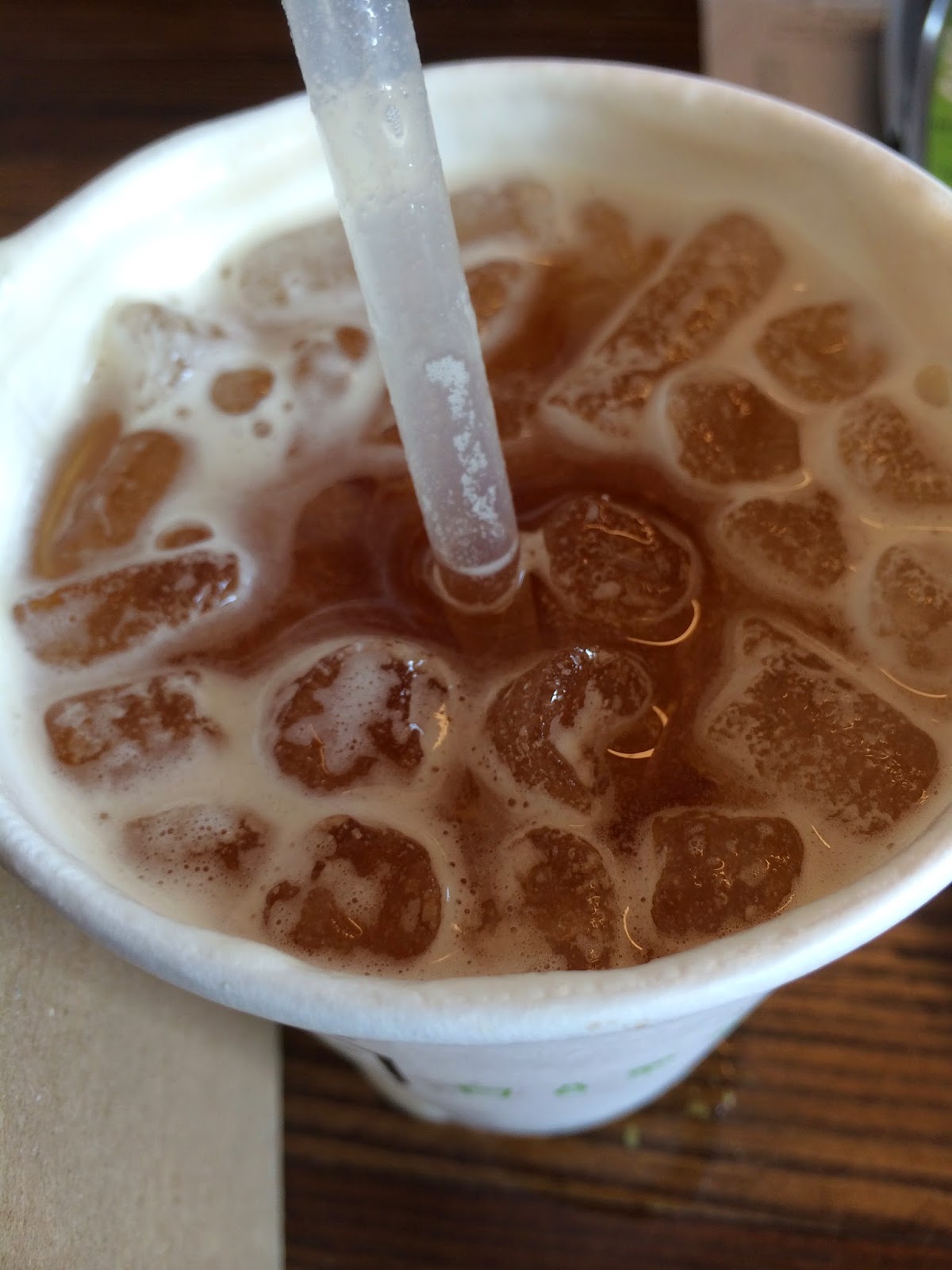