Cavalock and The Food Truck Enlightenment

Food trucks! Read about them, salivated over them on TV but never actually seen one in real-life until last month at Gen Con in Indianapolis. With over 56,000 gamers descending upon the convention center, I thought it was a brilliant move by the organisers to have about a dozen food trucks prominently stationed round the building. 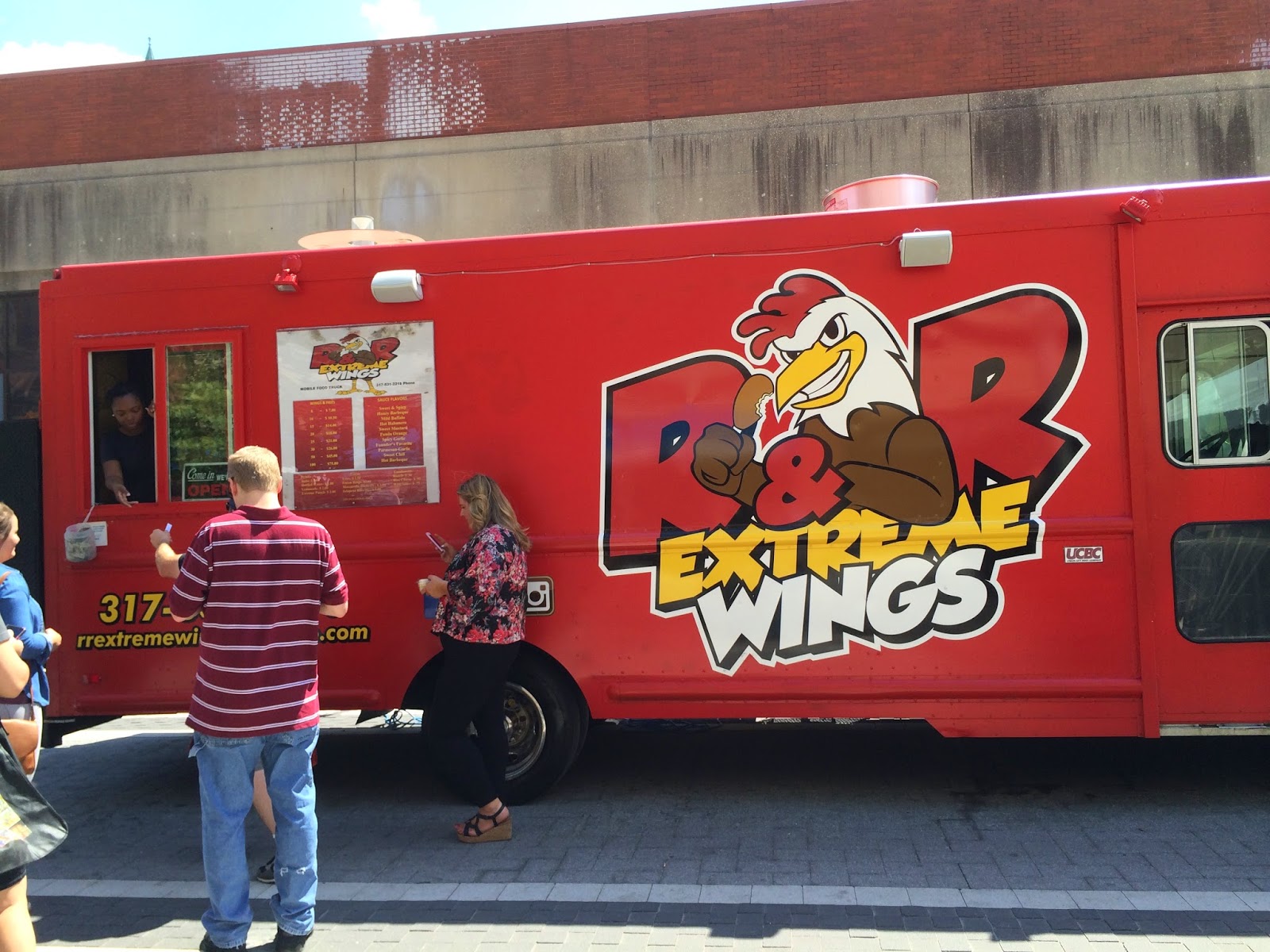 We were actually looking forward to our first taste of food truck cuisine but when we saw the extremely long lines during lunch, we figured ... hmmmm... maybe not just yet. Cos we already spent most of the morning queuing for exclusive stuff like limited edition boardgames and accessories, plus our hands were full and we didn't wanna stand and eat by the sidewalk. 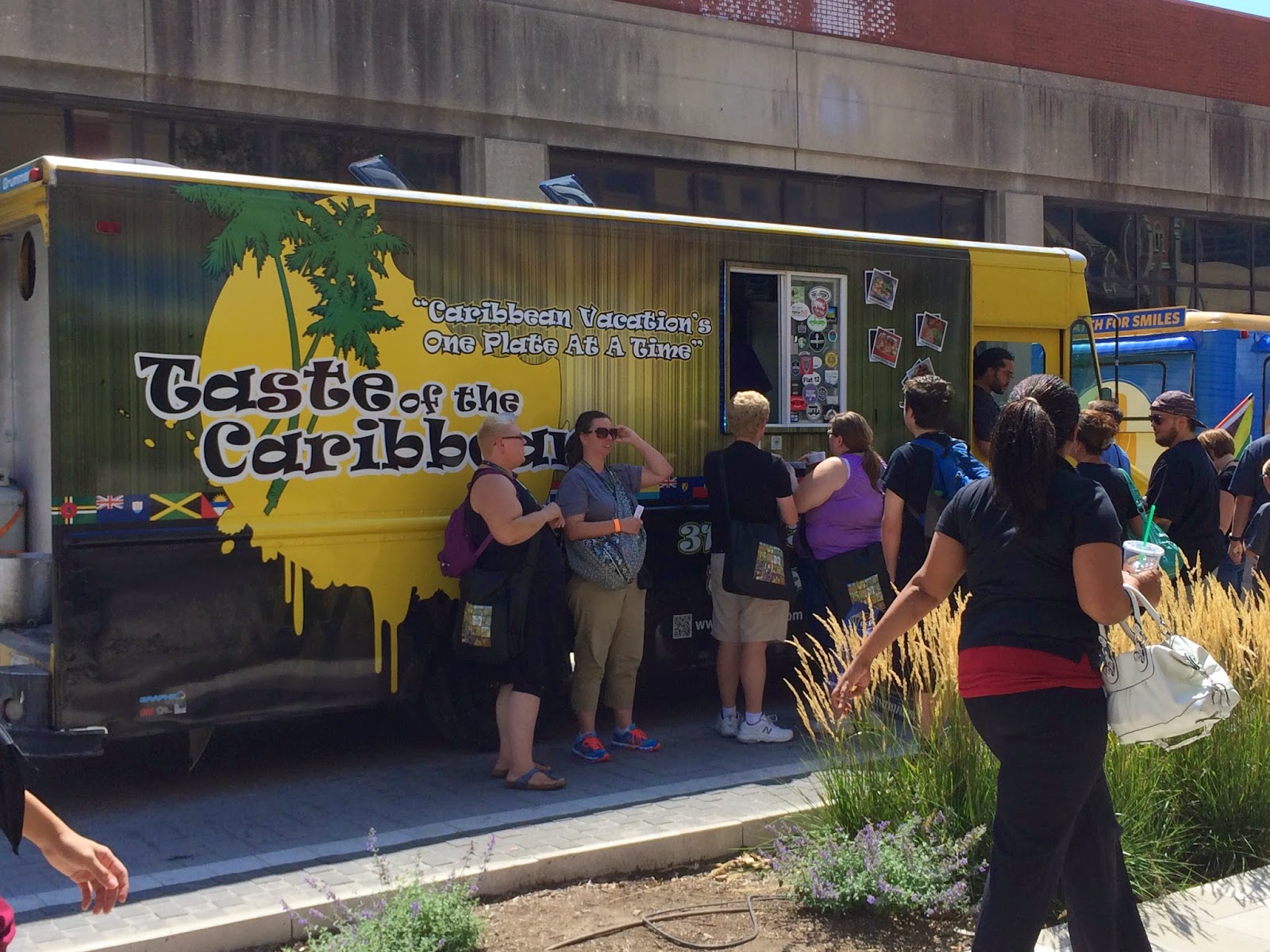 Also, our hotel was just a ten-minute walk away so we decided to dump our morning purchases back in the room, lunch around there, then head right back to the convention center. Makes sense, right? Anyway, the food trucks were offering a lot of quick fried options and sweeeeet desserts that we don't really have the stomach for at the moment. 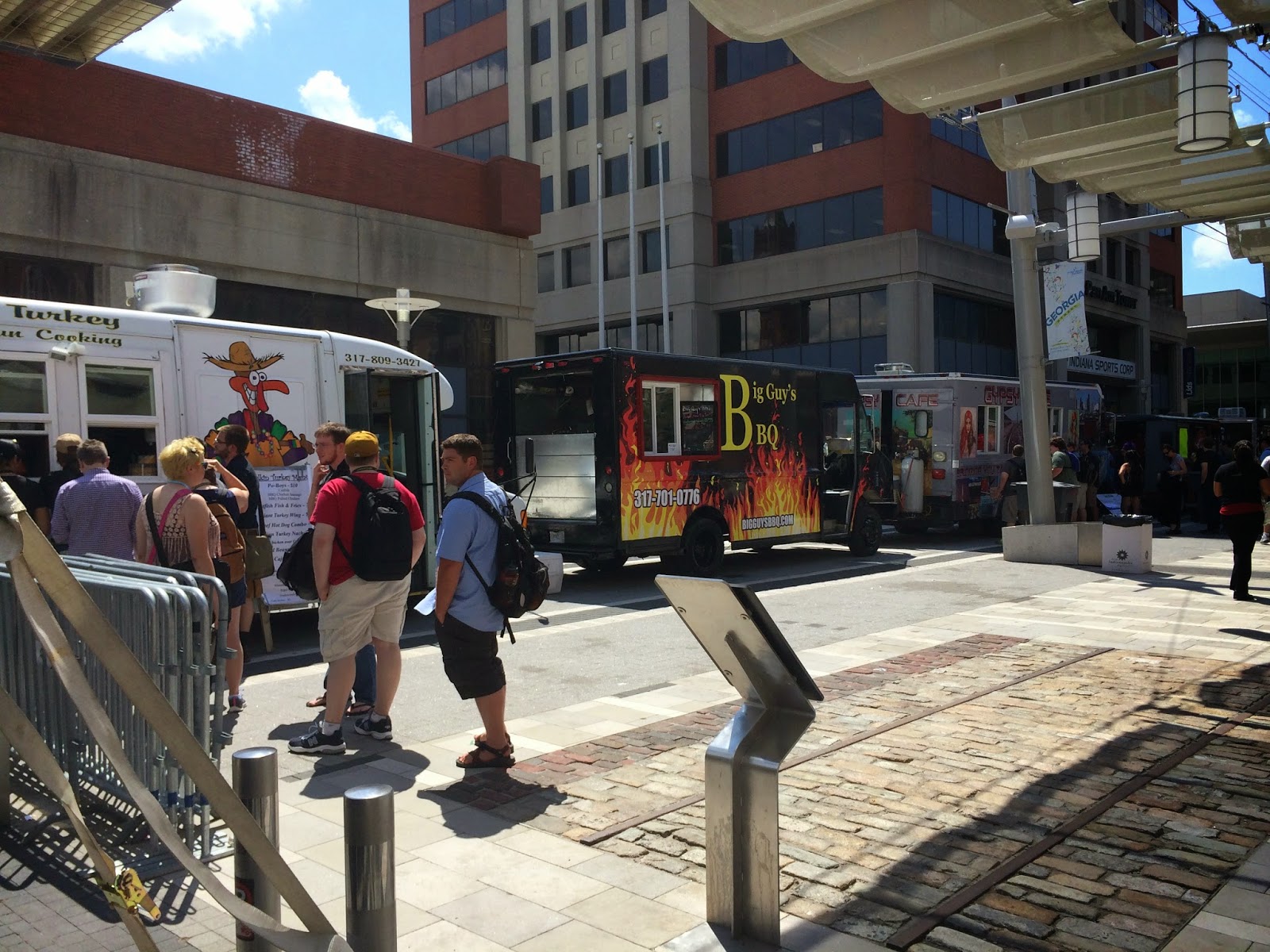 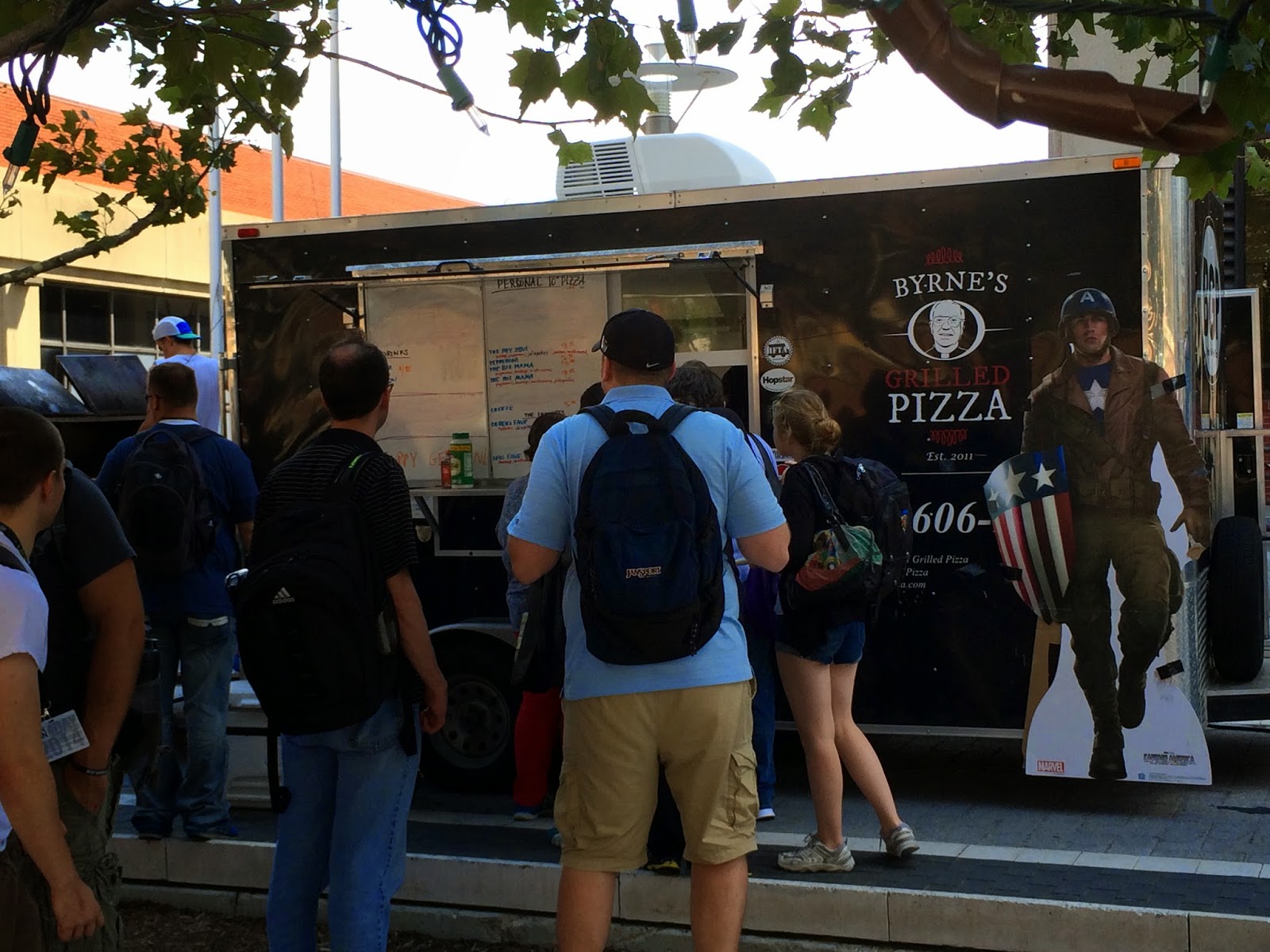 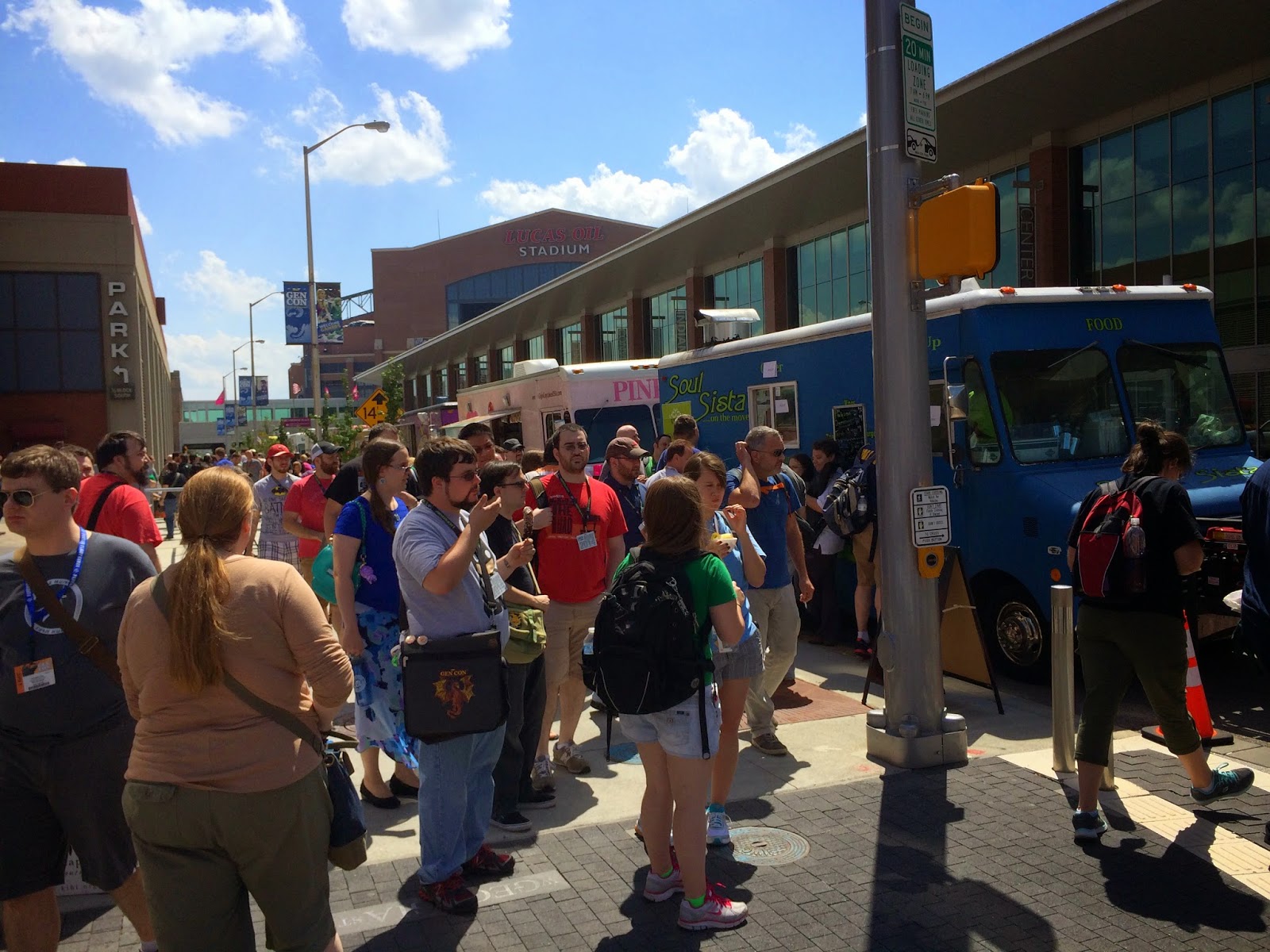 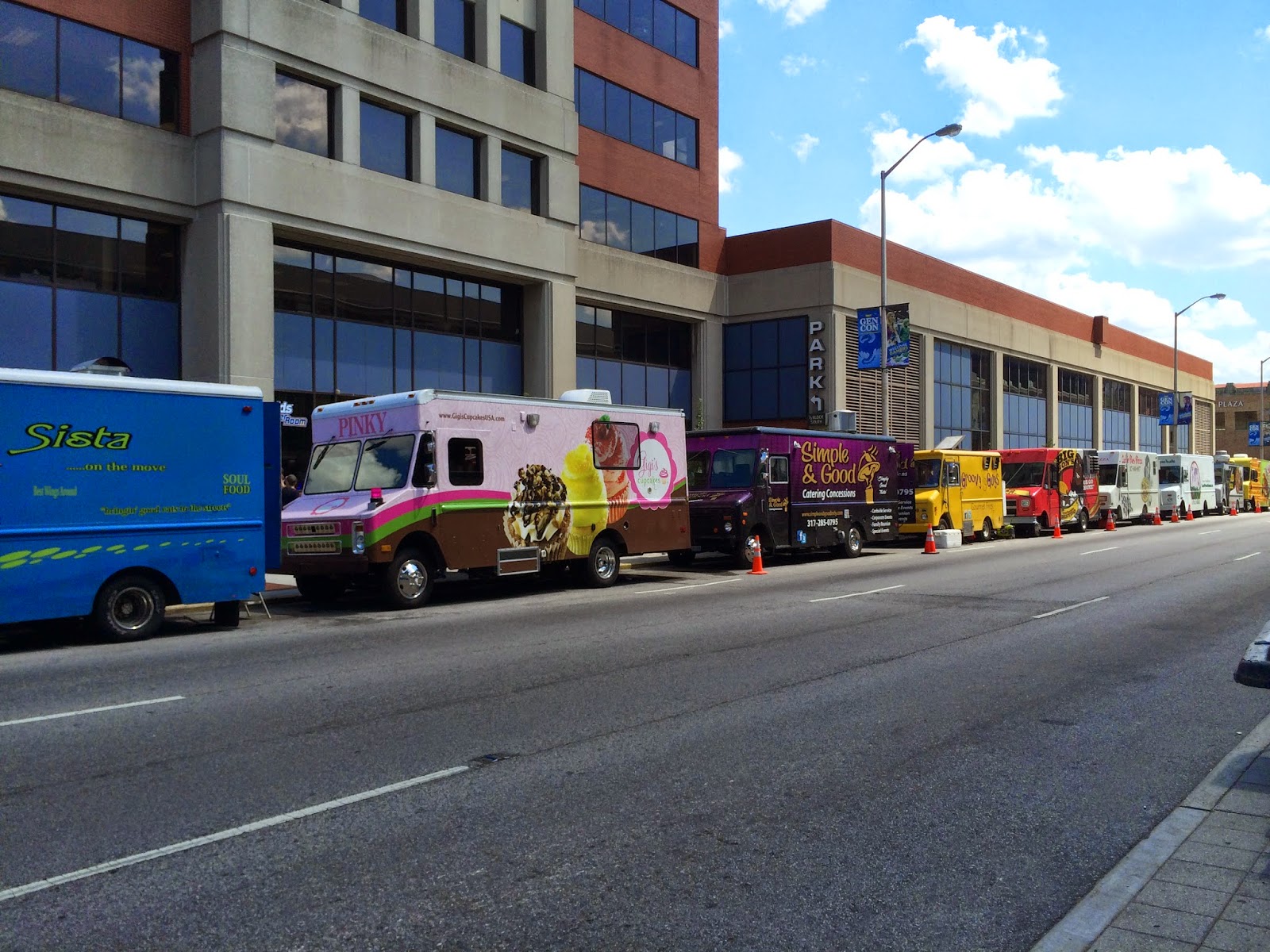 But... but .... but I did finally had a food truck dinner experience in the end. It's a monstrous turkey leg which I devoured standing by the side of the road. The weather was cooler in the evening making it less of a chore eating while standing out in the open. The meat was gratifying but dry and we didn't have anything to drink. So after that, we headed straight to this little fruit juice shop run by a middle-aged Korean couple in the mall. Far as we know, it's like the only place to get any fresh juice in the area so it became our regular after-dinner stop. And speaking of drinking, something unusual that I noticed was the complete absence of any liquor shop or convenience store selling booze in our area. Oh, you can still order alcohol maybe only in restaurants however I could be wrong. Was kinda thinking of kicking it back in the hotel room with a cheap brewski or two but no such luck. 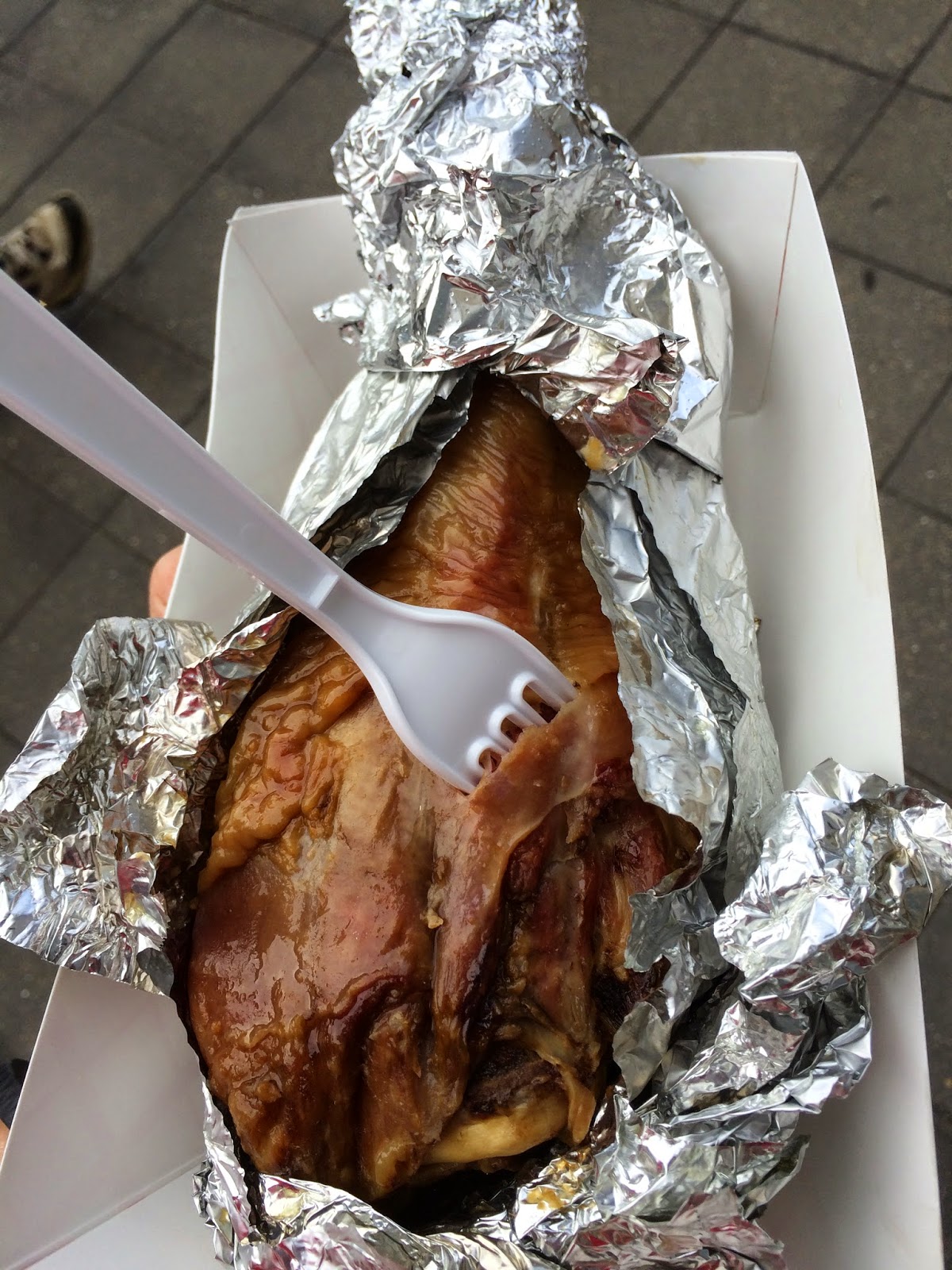 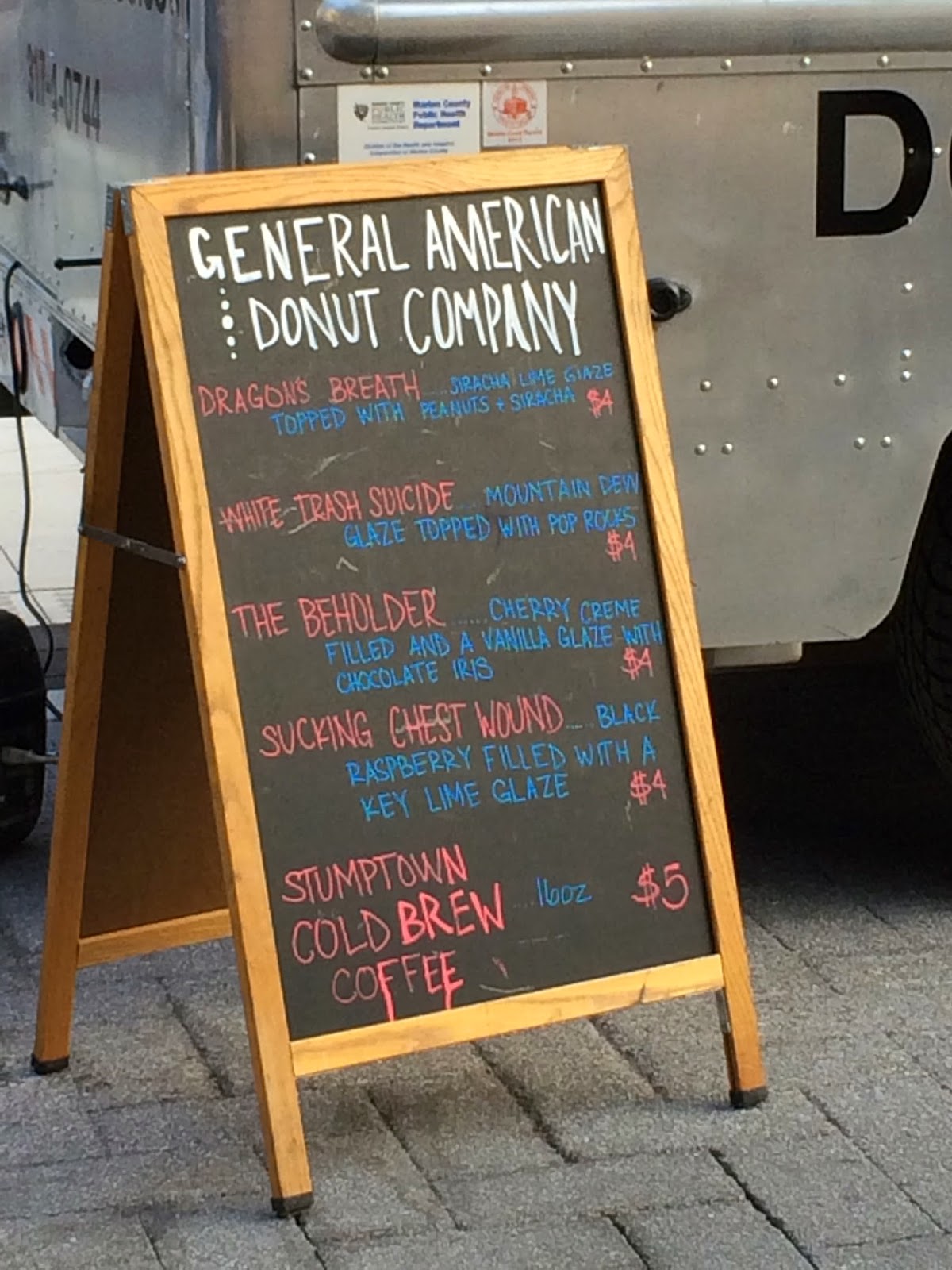