Probably what gets me more excited than a new game or book store opening here is a new Japanese dessert outlet setting up shop in my neighbourhood. So one of the new tenants in the renovated Bugis Junction basement is Tai Parfait from Japan. It's the familiar fish-shaped Japanese pancake called Taiyaki, that's usually packed with your choice of custard, matcha, red bean or chocolate.


The difference is that the Taiyaki fishes here are shaped with their gaping mouths wide open so you can ... what else but stuff more sweet creamy goodness into it! You get to choose from fruits like bananas to ice-cream and brown sugar. I had the above Kinako and brown sugar which seemed just a little too little if you know what I mean. It came with a tiny ball of ice-cream and a light drizzle of brown sugar. It was smooth and satisfying but I had expected more. But of cos it was still a pleasant treat, the almost magical combination of warm pancake and cold sweet toppings makes it feel like you are biting into a cool dessert carnival.


Besides the Taiyaki, there are also milkshakes and frappucino to choose from. I'll probably try them the next time as I thought the Taiyaki I had for S$4.50 was a wee bit too little or small for me. 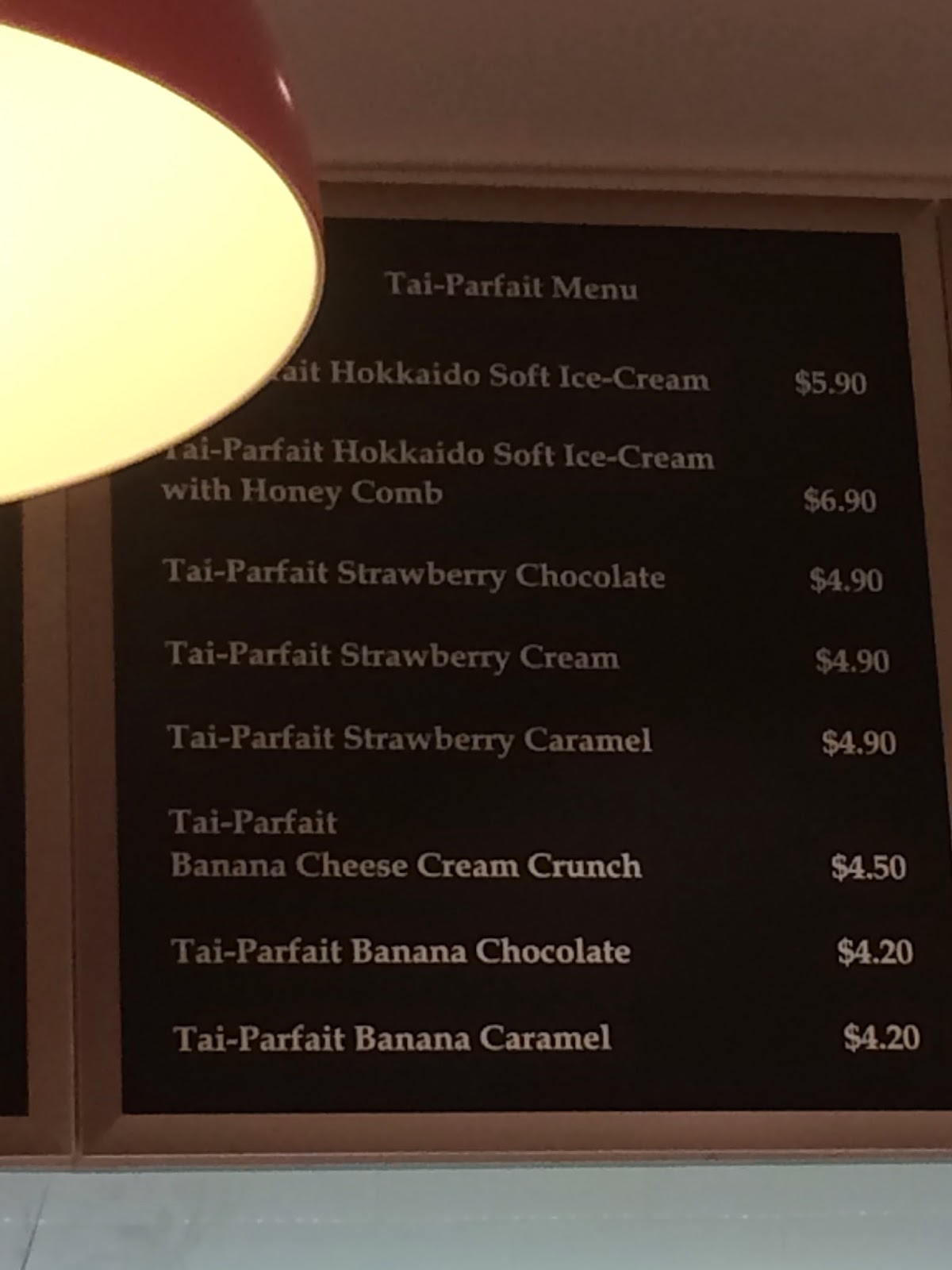 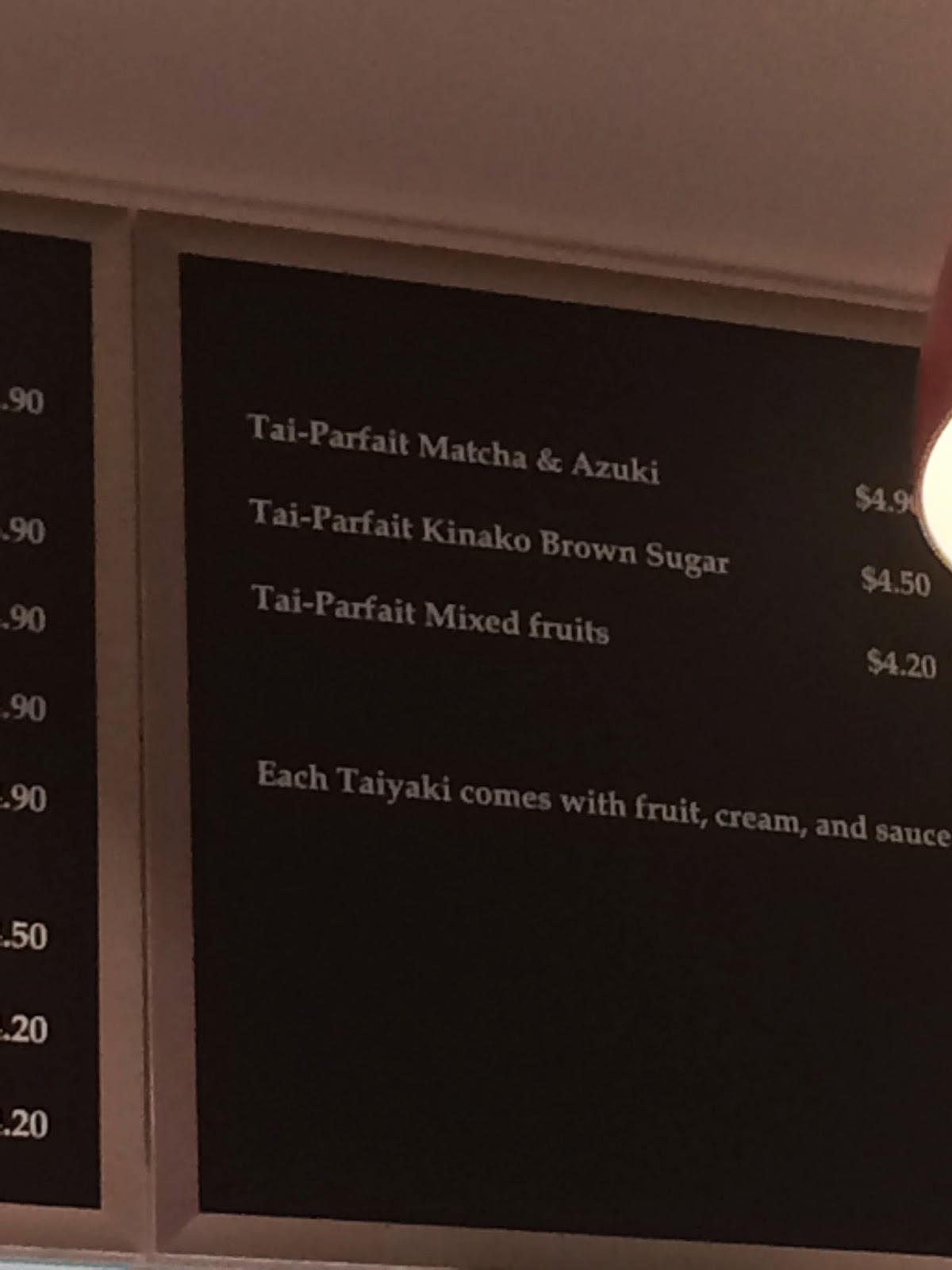 HAH! And just when you thought I wouldn't be posting any more on my favourite fake Lego minifigures or I bet you the cops have done them in. Well, I think cops shouldn't spend their time chasing fake toys when there's real crime to be fought (don't taz me, bro!), like arrest illegal World Cup bookies! As usual, you can expect the Chinese factories to not only turn out fake Lego minifigures but we are talking about the ones that don't even exist ... yet! 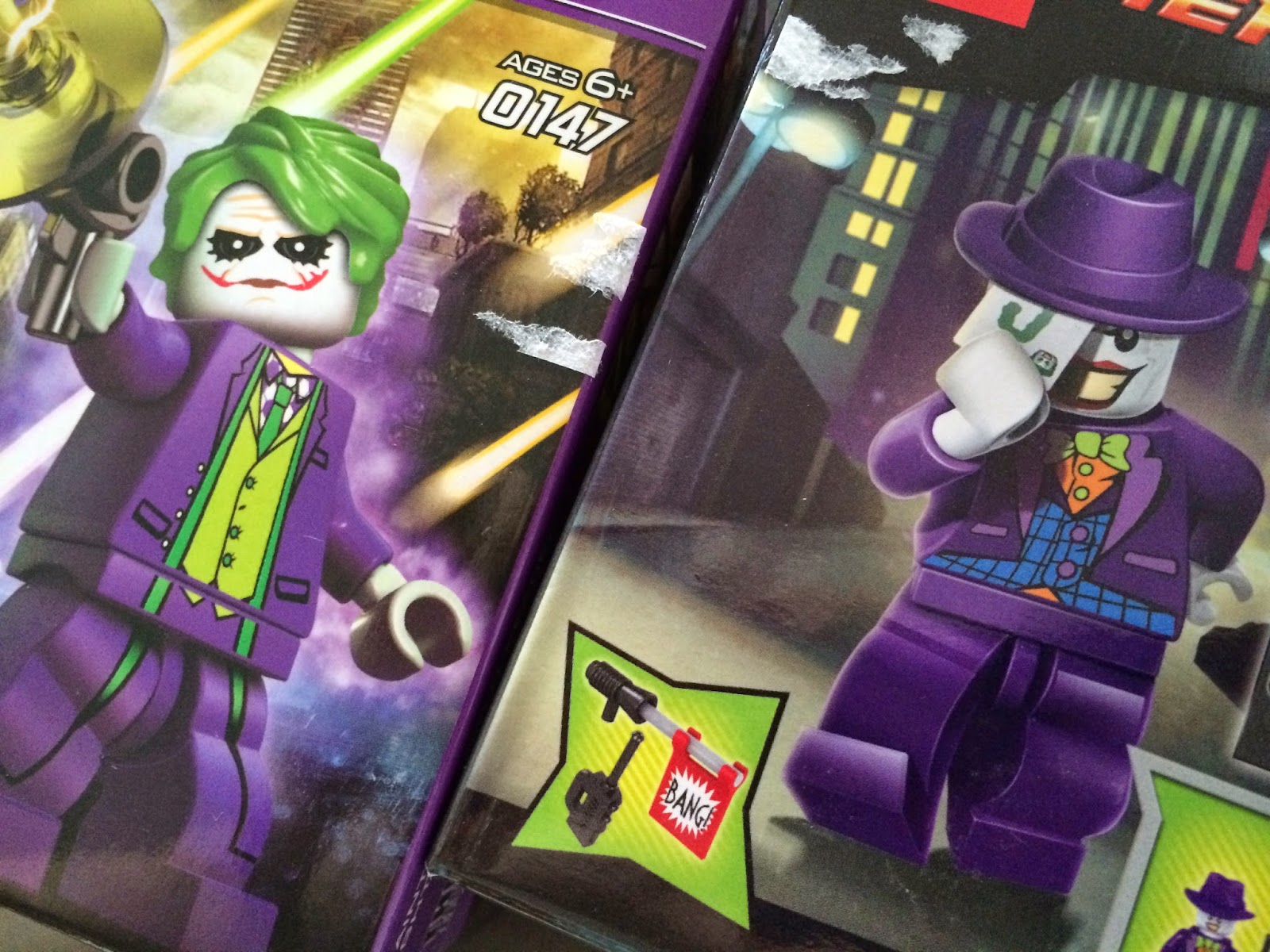 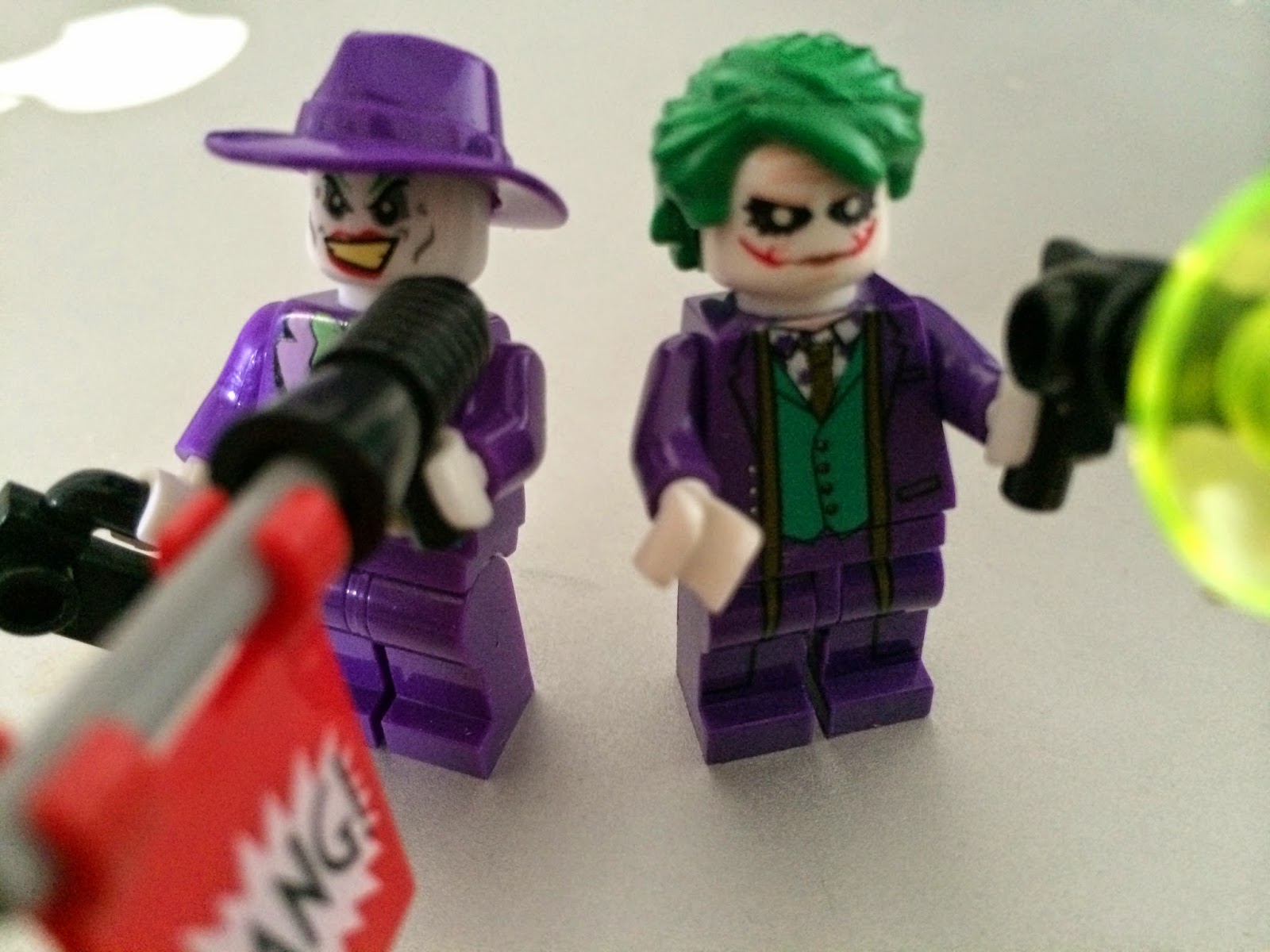 Detailed Lego Joker minifigures based on Jack Nicholson and Heath Ledger! I really don't see Lego producing these officially in the near future but there you go, thank you Chinese factories. Then you got the Hulk in his various incarnations although technically, Red Hulk is a totally different character. But really, Lego has only made a green Hulk so it's pretty neat to see excellent quality unofficial productions of Red Hulk and grey Hulk, just like in the comics. 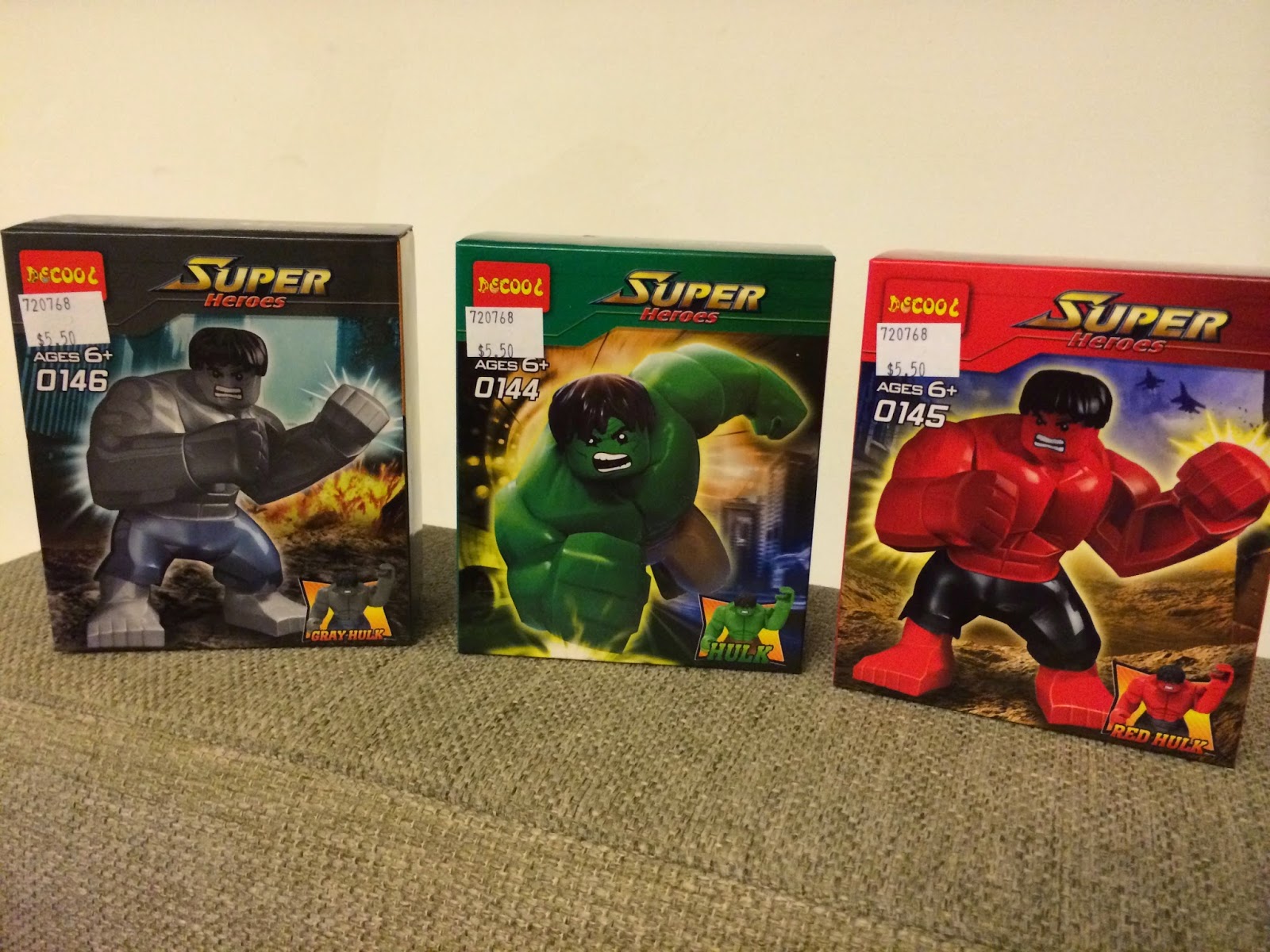