Cavalock and The Home-Grown Charme Offensive

It all started not too long ago, a friend and local food blogger gave us an intriguing bottle of Kirsch-soaked cherries from France. Well, the baker in the family was fortunate enough to had been a guest at the popular Patisserie Hidemi Sugino in Japan recently. I was told that one of the highlights of that visit was the irresistible Charme, a black forest entremet made with dark chocolate and kirsch soaked cherries. It just so happens that we already have Sugino's Japanese recipe book at home so of cos, it's a no brainer what's gonna happen next. All the photos you see here were snapped in our tiny apartment kitchen and really, that's all I did. The self-taught pastry chef in the family did all the hard work. Yes, all those fancy pastries you see in books can replicated at home! Divided the cake up and delivered the slices to friends and everyone loved it. It was perfectly light and soft, the chocolate and kirsch weren't too overpowering either. Simply divine for a home-made dessert. 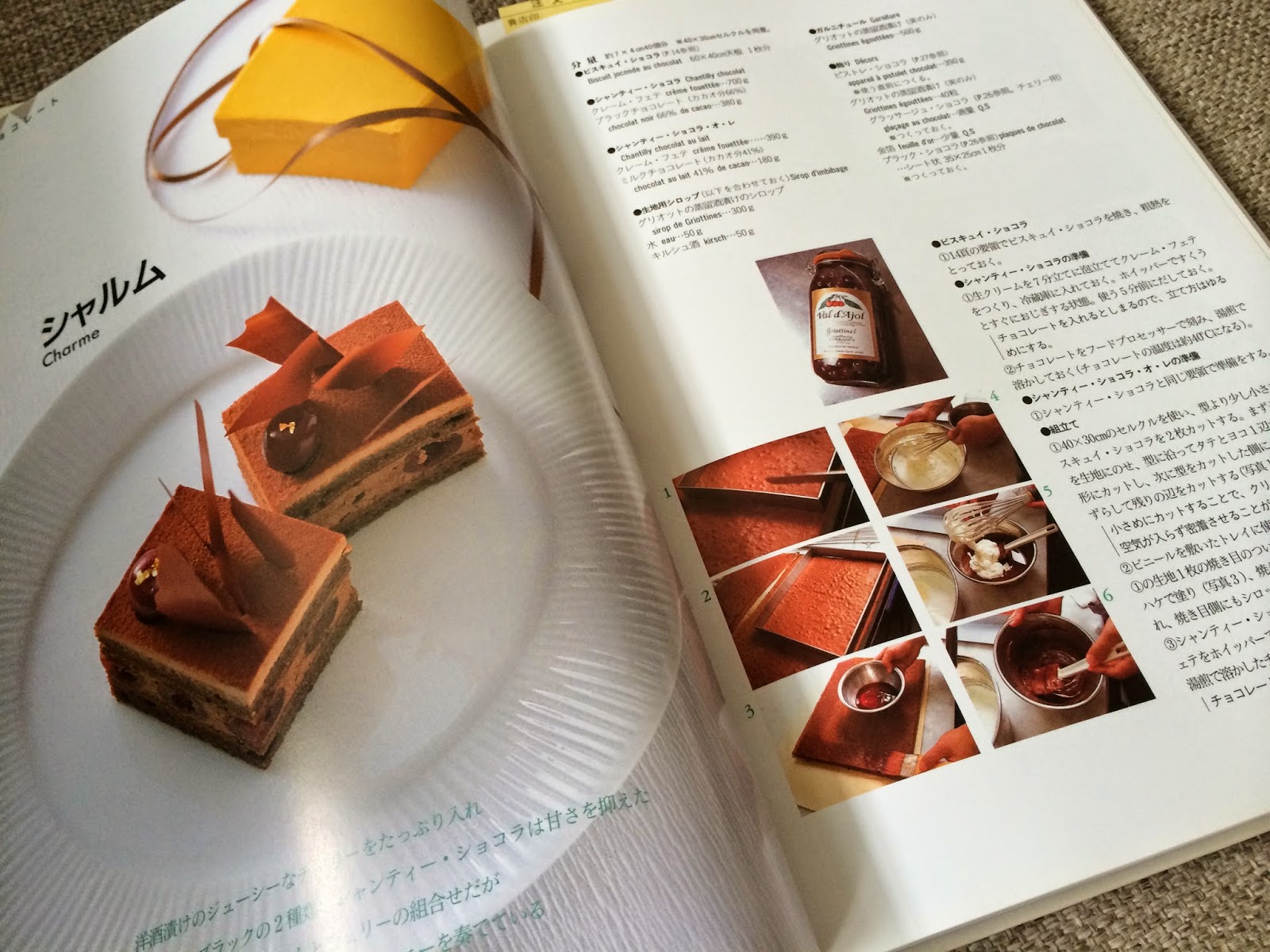 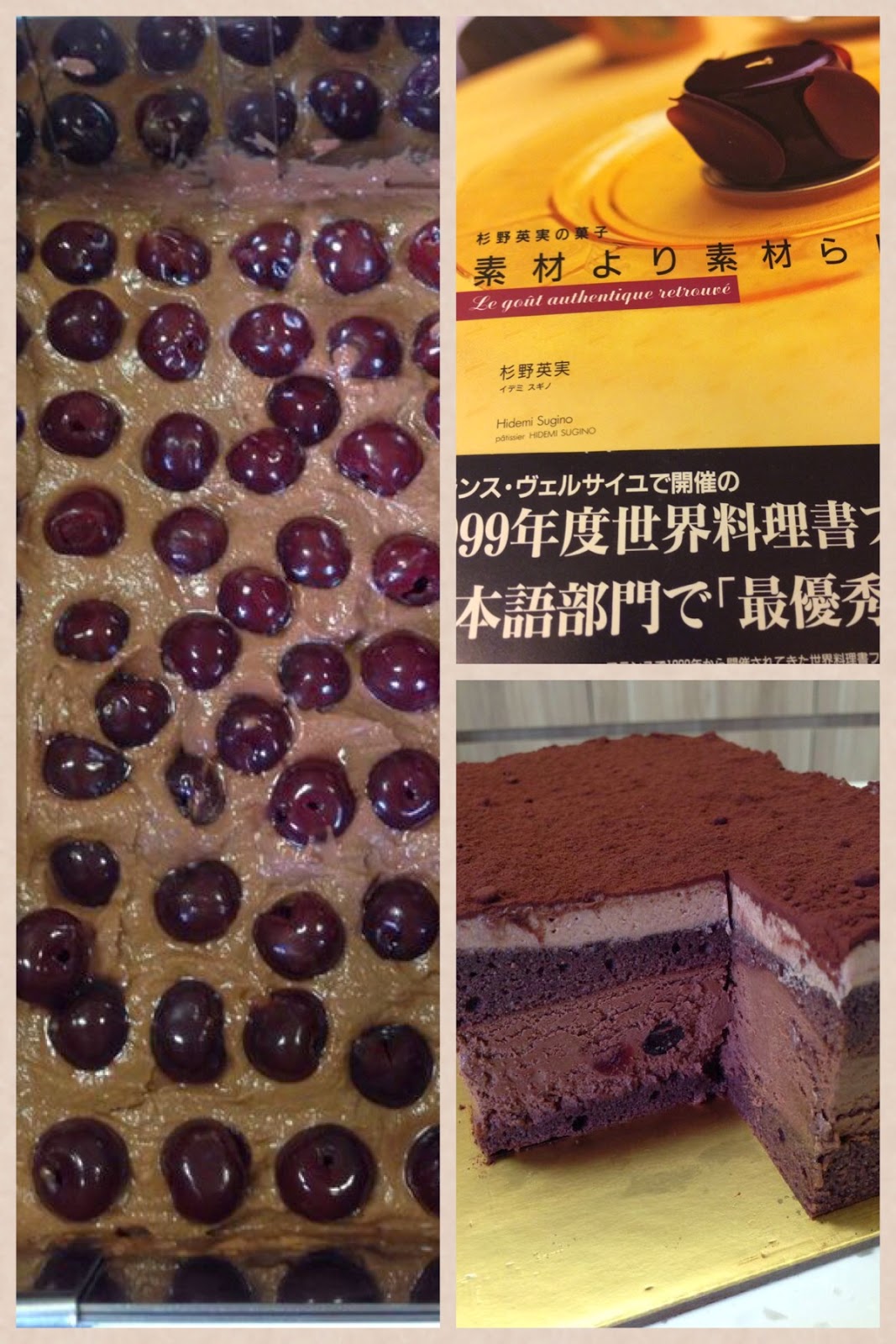 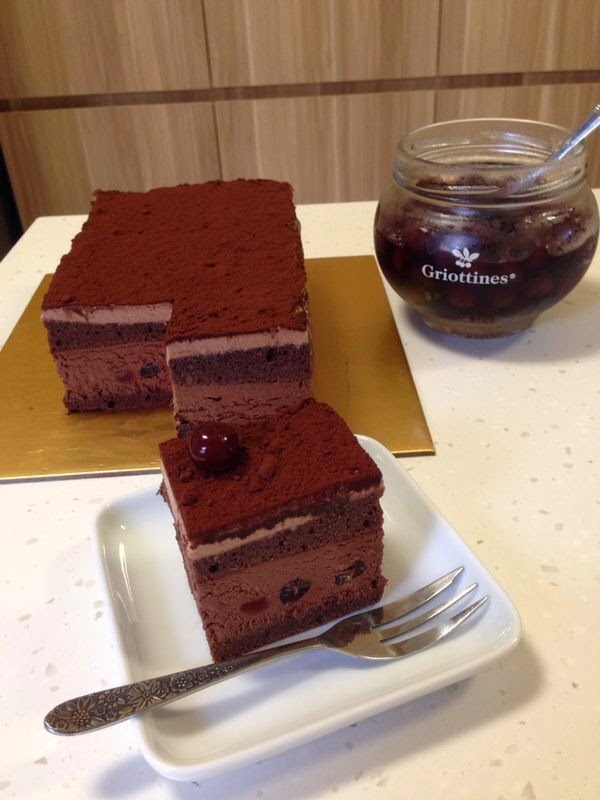 All right, time for a rant now. So the authorities are going to start blocking all the download sites pretty soon. I have no problem paying for online content IF ONLY the authorities would stop censoring shows. Case in point, my friend watched an episode of Arrow on one of our state-run cable channels recently. Arrow is a series based on the crime-fighting adventures of DC Comics hero Green Arrow. That particular episode featured the main heroine Black Canary's reunion with her former lover, the female assassin Nyssa who is also that week's villain. Well, my friend watched it at home and becos it was so heavily censored, he had a totally different understanding of that episode. There was no nudity (it's a Warner Bros show!) but all the character dynamics and relationship scenes between the two female stars were censored away. Thus leading my friend to believe that in the final scene the reason why they didn't kill each other was becos of an earlier employer-employee relationship!

Yah, it was hilarious when I told him what really happened but seriously, that is one of the reasons why people here will continue to download stuff. Why should I or anyone else pay good money for damaged or censored goods in the first place. I don't want censorship that is so extensive that it completely distorts a storyline. It's just unacceptable.

wah. that censorship is so awesome as to warp the storyline. they win. ugh.

Exactly! I don't dare to watch any drama or series on cable anymore. I just stay with the documentaries now.