Believe it or not, of all the times the Baker-at-Home and I have vacationed in Japan, we have never ate at a conveyer belt sushi joint. No particular reason, we just never did I guess. I mean, we had sushi and sashimi numerous times in restaurants whenever the two of us are in Japan, just not in a merry-go-round. Well, that all changed for me when me and the guys spent a couple evenings at a conveyor belt sushi restaurant in Shinjuku. Actually the pix were taken during me solo trip to a conveyer belt joint also in Shinjuku a day before the guys arrived. So yah, premium sushi at prices we'll never ever see back home. 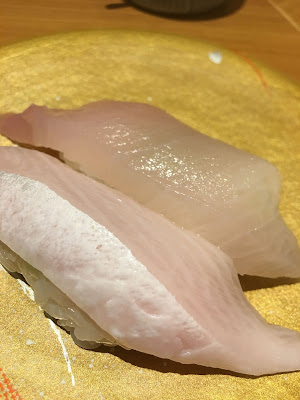 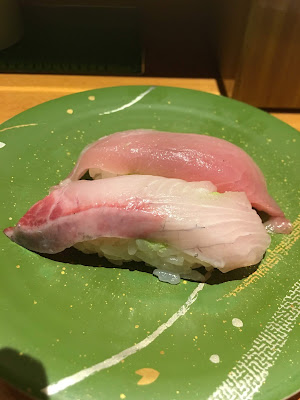 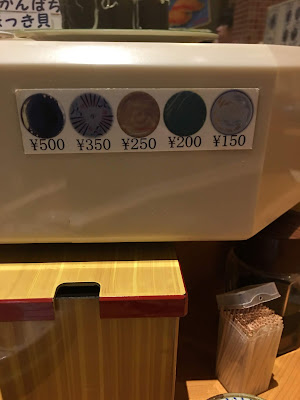 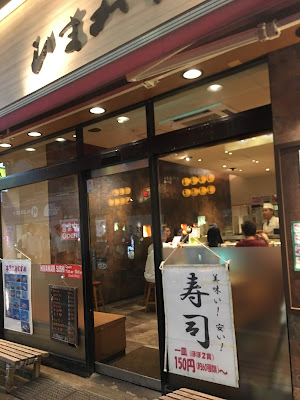 Street festival right in Shibuya! Never been in the middle of one of them before. The sights, the sounds, the energy from all that revelry, it was almost rather exhilarating. This was a pretty big affair as they had several contingents of revellers carrying the massive structures through the streets. Of cos, we had no idea what they were celebrating as we kinda stumbled into it while out shopping for sneakers and Magic: the Gathering cards. Hah! One of the perks of an all-guys vacation is definitely doing what we want, whenever we want, even if we have no idea where it's taking us. 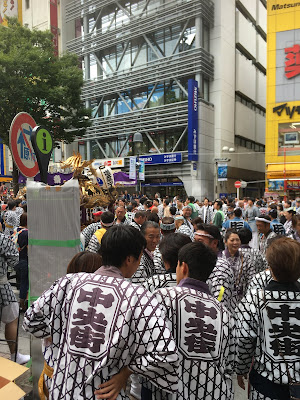 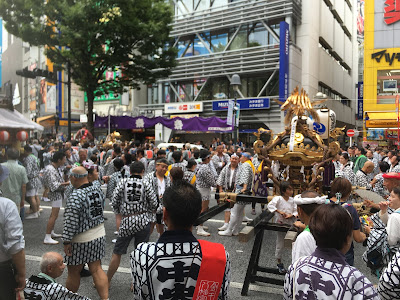