Cavalock's Date Night with A View

We were in the mood for something with a view last weekend. Somewhere new that the Baker-at-Home and I haven't been before. Decided on the rather new PS.Cafe at One Fullerton with a view of Marina Bay Sands and the surrounding area. My chicken parmigiano (chicken breast, chunky tomato sauce, garlic ciabatta croutons, roasted rooms, spinach, mozzarella and grilled lemon) was pretty much what I was expecting. It was good but nothing worth shouting about. I made the choice simply cos of the healthier chicken breast that I remembered I ought to be having more of. I dunno, I think when you start making these kinda conscious dietary choices at joints like PS.Cafe, things are starting to get a little serious. Gym days are tough. 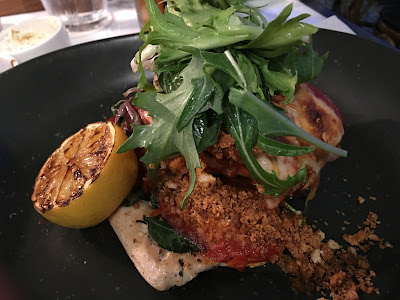 Now here's something we weren't expecting. Little complimentary PS. Cafe soap packs! Didn't know they even made them. Plus couple shots we took during our stroll to the MBS bus-stop. 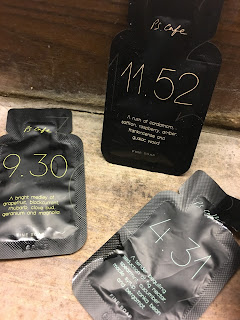 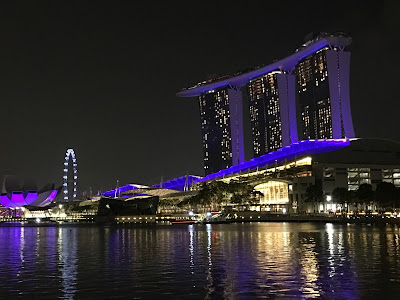 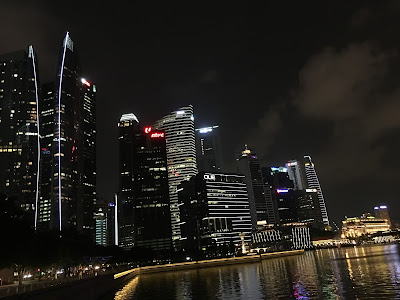 And so it ends, not with a bang but with a whimper, my almost two-decade long love affair with the mooncake. Yah, almost two decades, that's longer than some marriages. I have been a mooncake-loving eater since I started my first real job at SPH a lifetime ago. I was the youngest guy in the newsroom and during every mooncake festival the office would be up to its neck with free mooncakes from media and PR companies. Most of my older colleagues back then would shy away from the ones with salted eggs and shove them in my direction. Why not? Growing up, my family was never into mooncakes so this was kinda new to me. I soon developed a serious McLoving for that ... that lotus seed body of sin. They became my tea break snack while the snowskin ones were my after-dinner desserts. Well, later jobs in advertising and media saw the same yummy annual ritual.

Since leaving the rat race, I really didn't have a reason to find myself chomping down on a mooncake anymore. Now it wasn't like I was relying on free mooncakes all my life, I used to buy the ones from Raffles Hotel cos I wanted their tins to store my game miniatures. Yah, I was always finding reasons to have them this time of the year. So I simply stopped and never looked back for bout three or four years now. It also helped that the price just got crazy expensive and the cakes too gimmicky.