Cavalock and The Mill Deck Win

So one of the guys heard bout Sumo Bar at Waterloo Centre and suggested the gang head there for dinner one nite. The Bar's humongous signature Bone-In Short Rib Ramen was their main target, followed by the tulang below. Now the menu stated that the Bone-In Short Rib Ramen was meant to be shared between two guests but two of my friends were having none of that. They had a bowl each cos that's how they rolled. 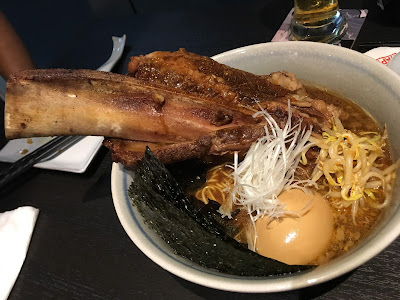 The tulang was alright. Am not a huge tulang fan but the guys ordered it twice so I guess they must have liked it so it's good. I had the sashimi dry noodle set which was pretty decent. Wasn't in the mood for anything too meaty.

Anyway walking to the restaurant that evening, I was waiting for the traffic light to turn at the junction of Waterloo Street and Middle Road and I had my head buried in my cellphone when I heard this thunderous BANG. I looked up just in time to witness an elderly guy flying off his motorcycle and over the roof of a cab. The cab was making a turn so it wasn't moving at a very high speed. The victim was conscious, his legs were busted I think. I called the ambulance and a lot of people came to his aid. Well, I couldn't tell who had the right of way or anything like that as I was looking at my phone. 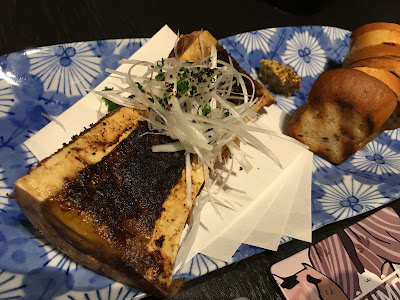 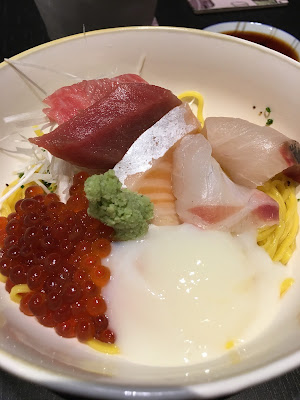 Been absolutely ages since I posted a game tourney that I attended. Longer still with one that I actually had a decent play as in coming 4th out of 17 competitors. So the latest collectible game I'm playing right now is Star Wars Destiny and it's currently one of the newest and best-selling collectible game in the market. It's pretty unique where you play a 30-card deck and there are cards in there that come with special dice that you roll if you draw them or start the game with them. At last Saturday's tourney, I played a Hero mill deck comprising of starting characters Padme Amidala, Maz Kanata and Rebel Trooper.

Was able to mill three of my opponents pretty easy cos I don't think anyone was expecting a mill deck. It was just after the release of the latest expansion Empire at War. Replaced my old Field Medics with the new Medic Droid cards and it worked like a charm. Most memorable game move was me playing Con Artist and Cunning on Padme and with help from Maz, I milled my opponent nine cards in one turn. Guy conceded immediately. Won three out of four matches and the alternate art Electroshock card was me 4th Prize. :) 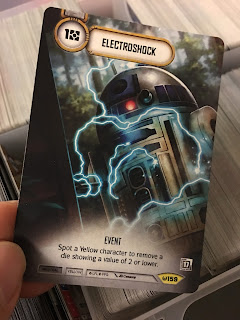