Cavalock and The Game of Thrones Play Pitch

I grew up on Bovril, tons of it. Lunch or dinner at home usually came with it in a hot bowl if there's no soup accompanying the meal. And there's Marmite. It was all right I guess but I'm a Bovril guy, especially if it's the old original beef extract and not today's chicken or vegetarian versions. Well, look what I found at Meidi-Ya supermarket, and it's not just cookies. There were Marmite breadsticks and chocolates too, it's like some freaky Marmite menagerie. Bought it as a birthday gift for a Kiwi friend and I'm still keeping my fingers crossed for a Bovril collection soon. 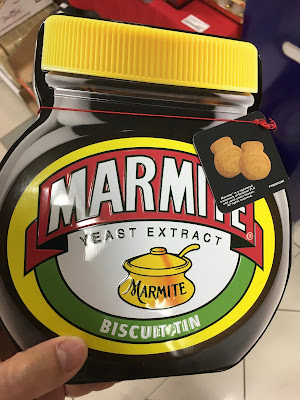 Highball whiskey in a can?!? A huge mug of highball whiskey was a dinner stable whenever I'm back in Japan. Them booze there are really just too cheap to not order at least one during a meal. I just wish the can I found at Meidi-Ya was as cheap. 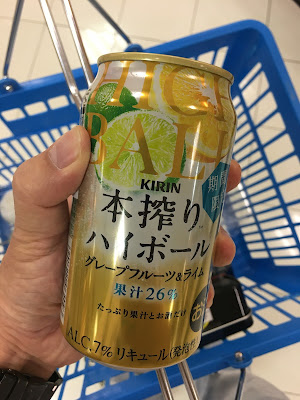 Ate them but never got nekkid with them in the shower. Horse shower products, as in from them and not for them. Hah! Nah, a wee bit too pricy for me although I am extremely curious as to how horse oil smells like. I suppose they'll make sure it all smell nice and floral, like rainbows and unicorns. 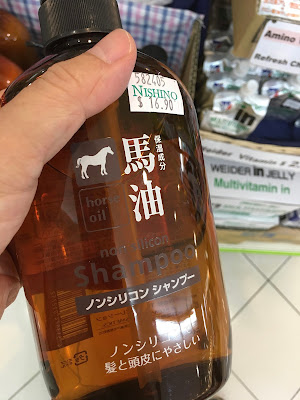 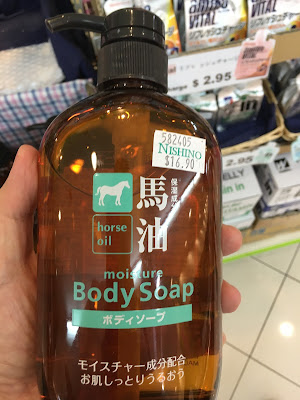 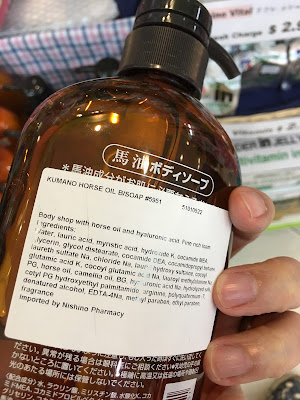 Now if you are a fan of the book or TV series Game of Thrones,  I seriously recommend this new game Game of Thrones, Hand of the King. It's real easy, plays in about 15 to 20 minutes with up to four players. First randomly lay out all the character cards like below then on your turn, you control the Varys character card and move him vertically or horizontally. You decide where or who he stops on and grab all the same character house tiles in the row or column as the one he lands on. When you control a majority of the house cards, you get to keep the corresponding banner token. Winner is the one with the most token banners! 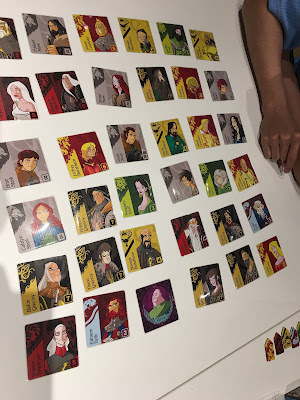 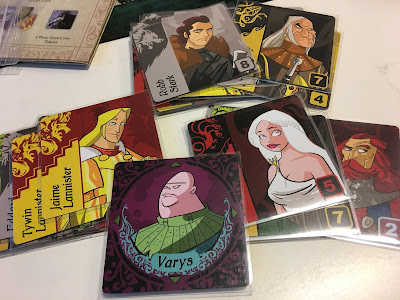 It's just simple moving up and down across the board but there's more than a bit of strategy involved as you try not to land on a square that'll give your opponent a serious advantage. One of the coolest things about this game is how the below companion cards make it so thematic. You get one of these cards when you collect the last character of any house. These little cards can really change the outcome of the game. But what I also like about the game is the cute, cartoony art that captures some of the recognisable features of the actors in the TV series. Now if anyone feels like having a game, just let me know. ;) 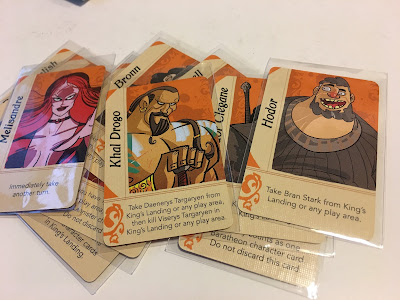 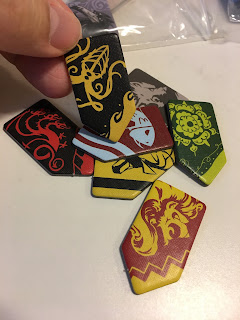