Cavalock and The T-Bone Tourney Treats

Ever since my last post on Cicheti, this little joint down the road has been my go-to restaurant for a hearty serving or two of Italian comfort food. The last time I was there about a week ago, we had the 800g T-bone steak which is something you don't see on their menu cos they don't have it all the time. It was pretty good, tender and juicy with every bite. Since we couldn't resist ordering a ton of our favourite dishes earlier, we ended up having to bag it. If you like a really good steak, you can try asking them if it's on the menu the next time you are there. 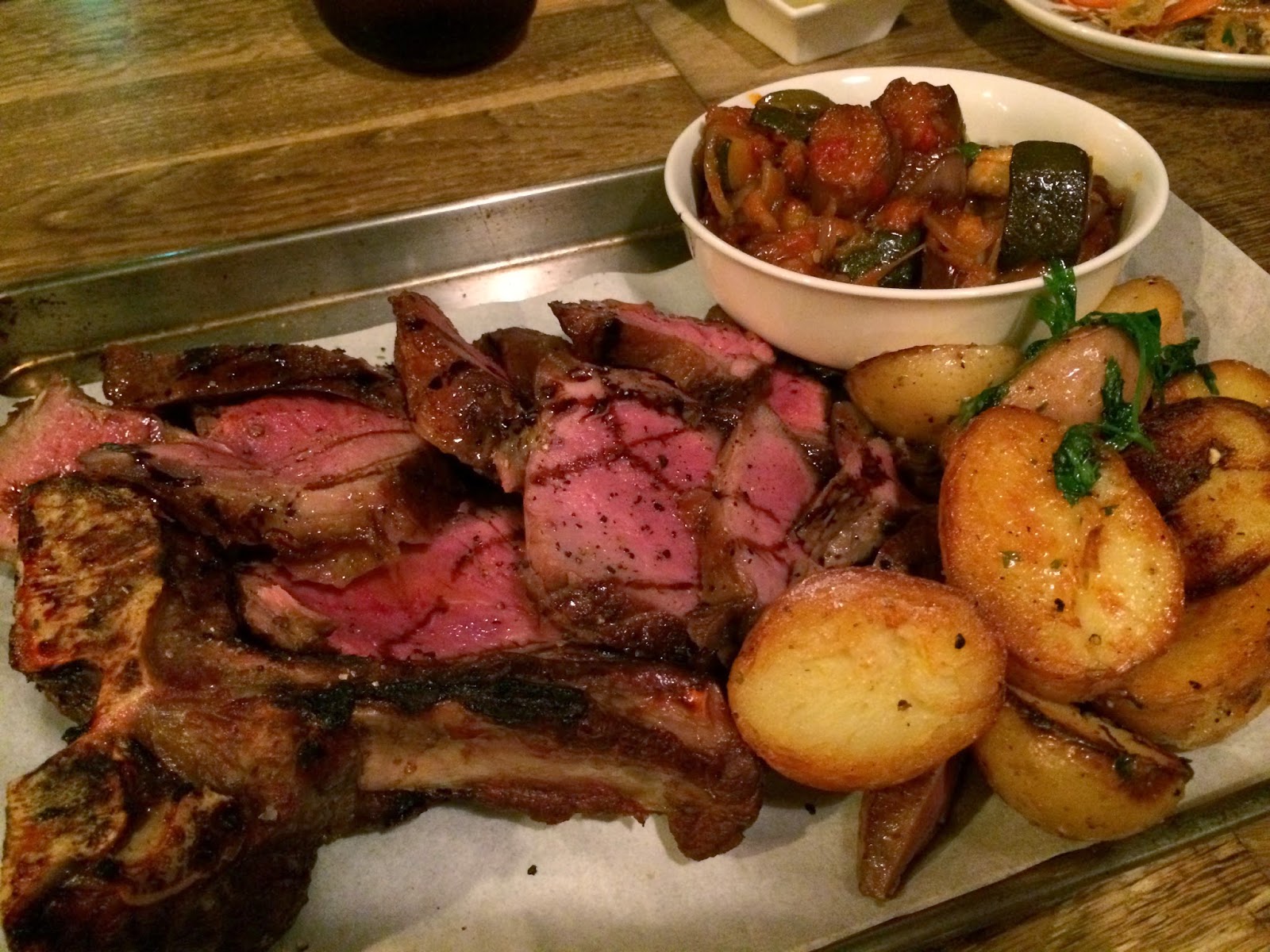 All right, non-geeks get ready to turn back cos it's time for a whole lot of geek gaming talk!

Hah! So its been a loooooong time since I entered any game tourney and came out on top. I honestly can't remember why but a few weeks ago, I decided to get back into collecting Heroclix or just Marvel Heroclix to be exact. Heroclix is a superhero miniatures tabletop game based on DC and Marvel comic characters. Me and my regular gaming buddies played it when it first appeared on the market over a decade ago. After a year or two, the rest stopped playing but I still bought an occasional booster whenever I dropped by the local game shop.

Like I said, for some unknown reason I recently decided to buy a ton of the latest Marvel Heroclix figures and then take part in a local tourney for newbies. Well, being out of practice for that many years, I'm definitely no better than a newbie ... or am I? My 300-point team consisted of Deadpool and The Black King. For non-geeks (are there any still reading this post?!?), Deadpool is the character portrayed by Ryan Reynolds in the first Wolverine movie and Kevin Bacon played the villainous Sebastian Shaw aka The Black King in the popular X-Men: First Class movie. 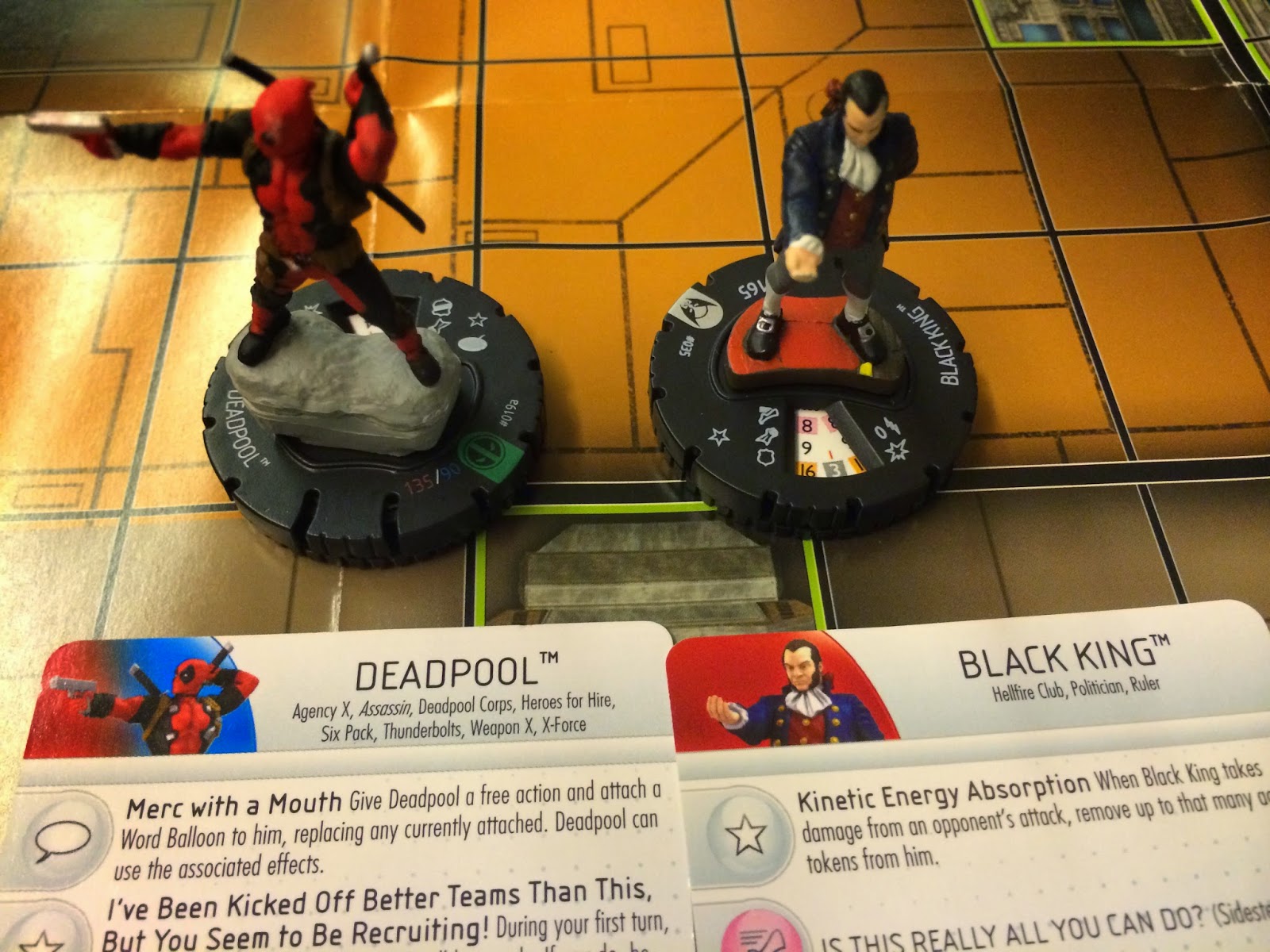 Was a three rounds tourney and my first two opponents were playing Avengers teams. Thor, Spidey and Scarlet Witch for the first guy while the second guy had Thor, Spidey and Sif. Thor was naturally the heavy hitter while the rest provided support and back up. Now the trick with my team is that Deadpool and The Black King are both heavy hitters, I don't have or really need any support. The Black King's special ability (like in the comics and movie) is that he gets more powerful whenever he takes any damage so he just gets stronger and bigger throughout the game! Plus Deadpool has the power to make opponents reroll their dice if he gets hit by them. 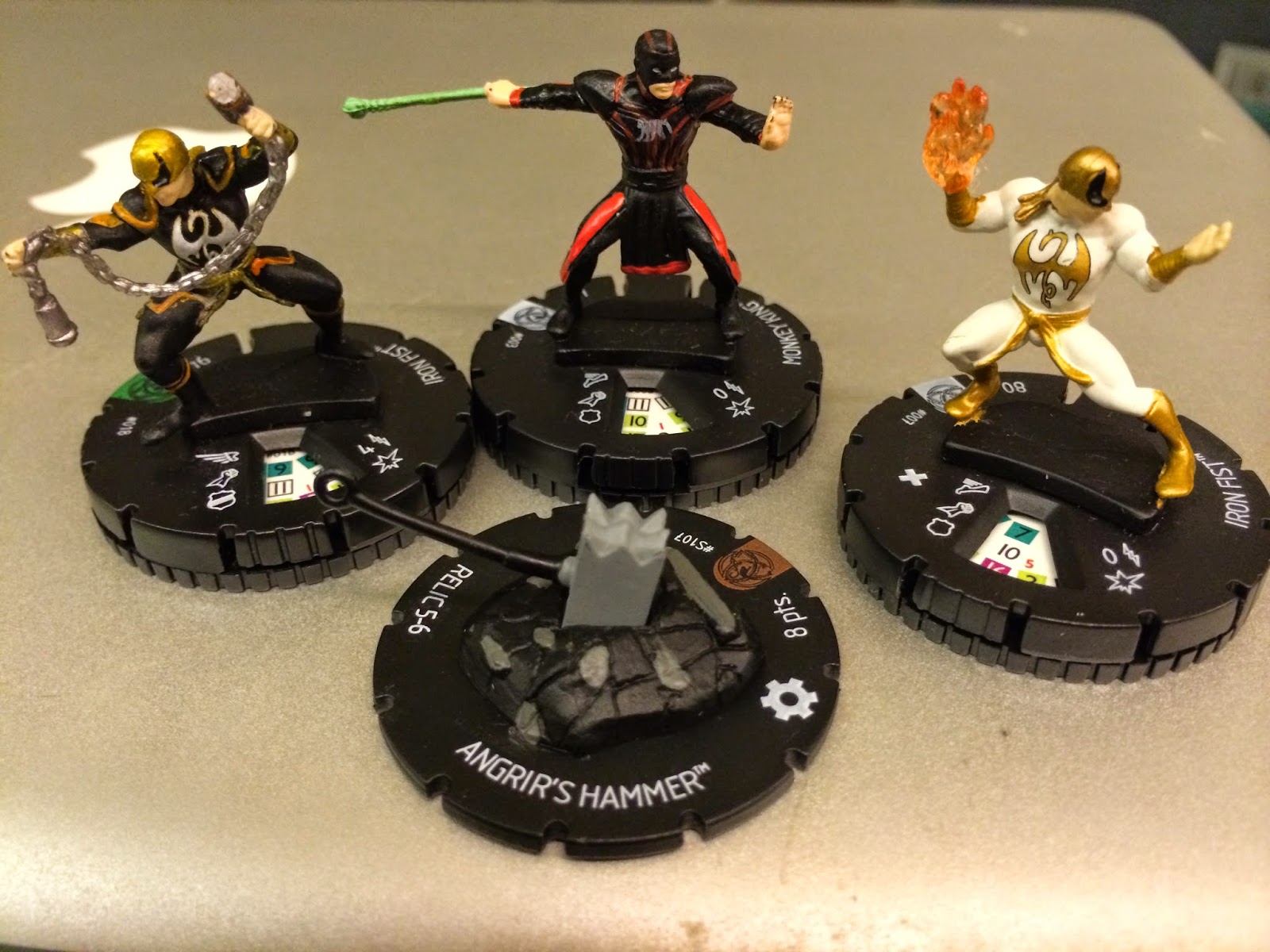 In the first game, I took out my opponent's Spidey, then Thor and Scarlet Witch. For the second game, Sif went down early followed by Thor and finally Spidey. Both of my guys were still on the map by the end of both games. When The Black King was at his last dial, he was just too damn powerful to die. ;) So it came down to the final 3rd game and my opponent was none other than my friend whom I practised the game with the night before, plus I loaned him my figures (Magneto and Emma Frost) to make it to the finals! After a quick beatdown, he came out tops while I was second. For his reward, he had first pick of the prizes and naturally went for the big bag of Heroclix figures from the Hulk set. Since I already had some figures from that collection, my sights were set on the above limited edition figures from the Fear Itself storyline. In other words, we both got exactly what we came for. <^;^>