Cavalock and The March of The Minions

Spent the weekend acquiring new fak... I mean customised Lego minifigures (more on that in a future post?) and attending a boardgame auction. So while I was away, these goodies were baking in my kitchen. Remember the Iron Man cookies or the Halloween cookies? Here we got a little army of the popular yellow minions all freshly baked and ready for a birthday party. 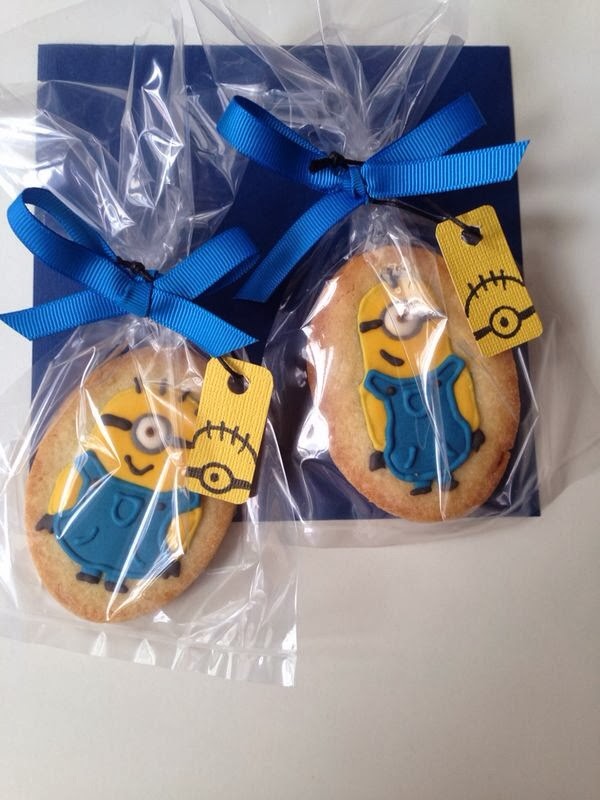 They smell soooo good coming outta the oven. It's really a treat to see the vanilla butter cookies come alive as each minion is traced and then painstakingly hand-painted. Same goes for the hand-drawn gift tags too. I sure hope the kids at the party don't fight over them. ;) 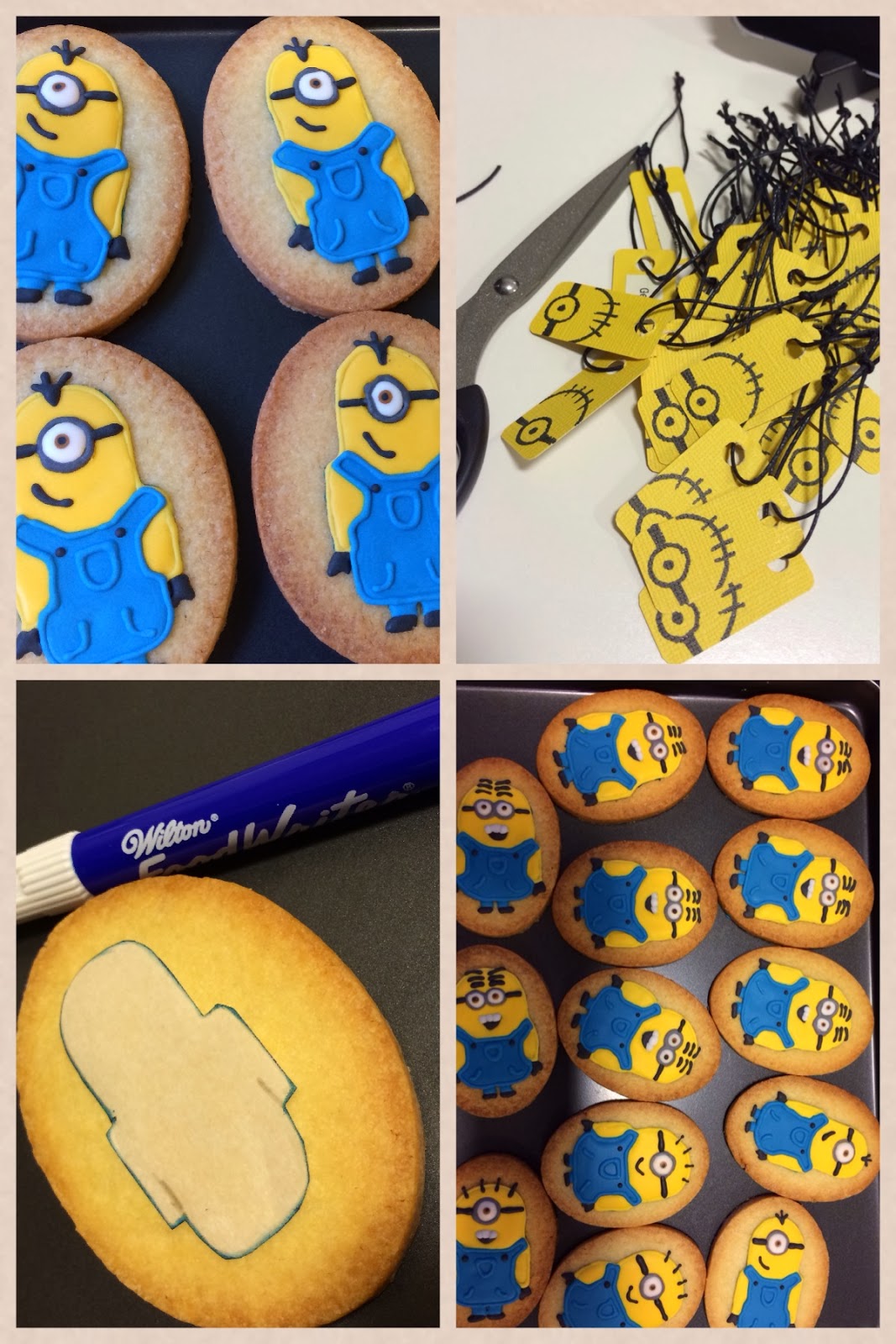 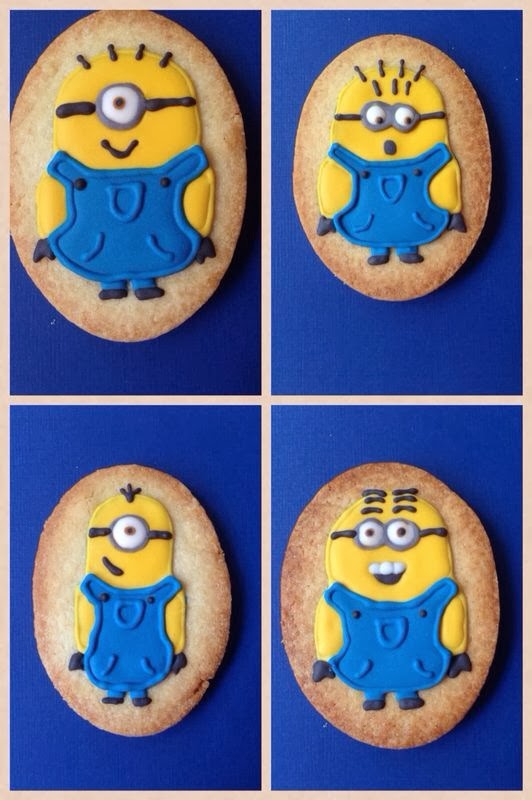 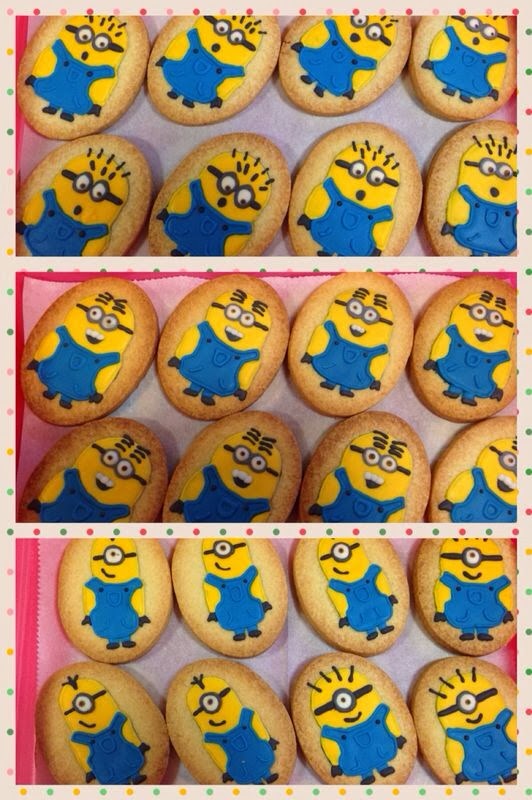 Well, like I said, I was at a boardgame auction last Sunday afternoon. Now the last time I was at an auction was two years ago and I left with one of my best buys ever. A complete collection of Arkham Horror boardgame and expansions for just a little over S$100. 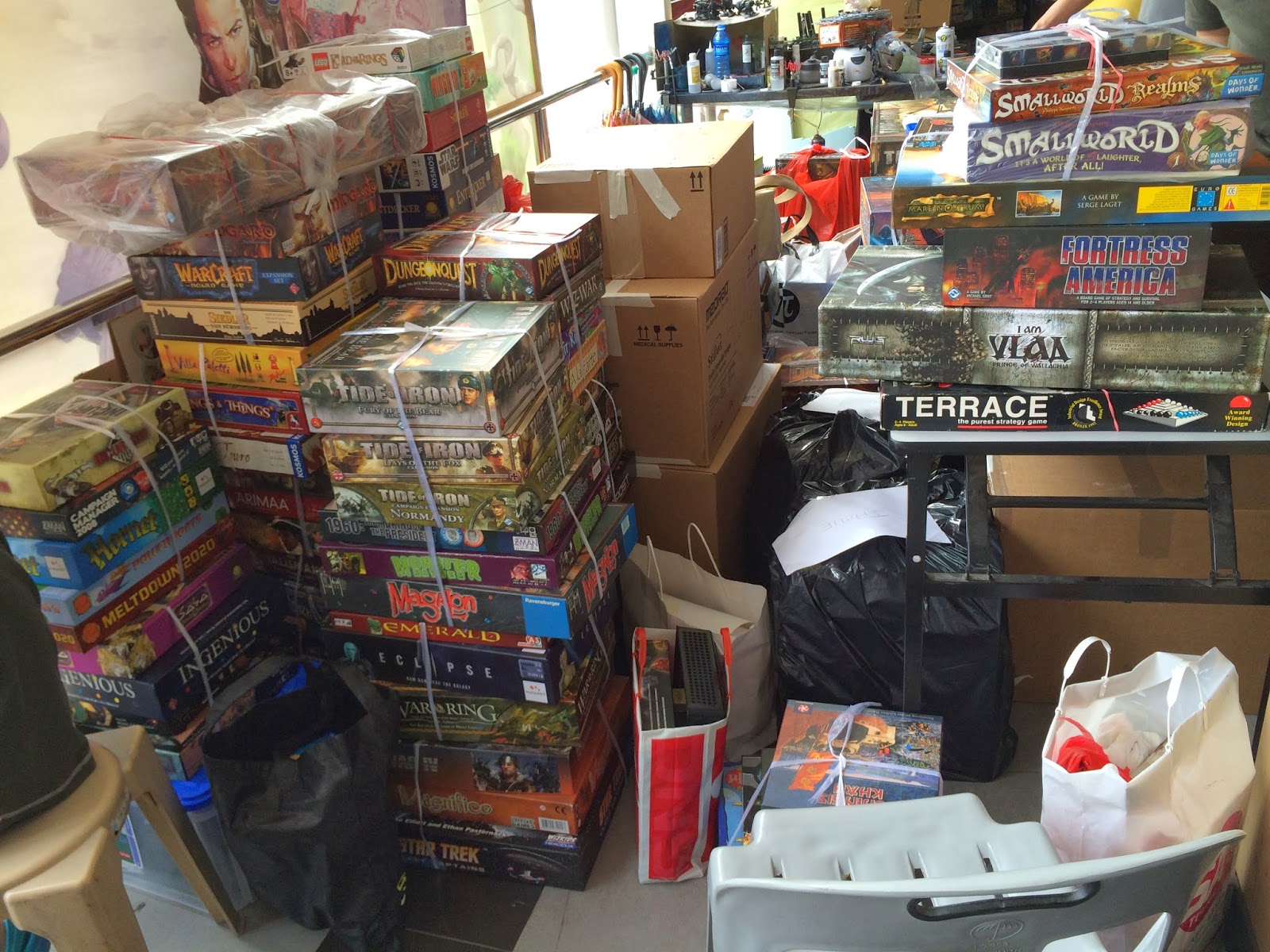 Now I went to this auction with a single objective, and that's to purchase the Rattus boardgame with the Pied Piper expansion set and couple other exclusive promos that came with it. It's a game that I heard good things about and was this close to buying a brand new copy recently. Gameplay is set in the Middle Ages when the Black Plague was spreading across Europe and you try to survive by taking on various medivial roles to control the spread or move your people to safety. According to the auction list, it's a second-hand set but still relatively new and some of the stuff are unopened. I went with my friends and while it was a light and fun atmosphere, it also got quite tense as we spotted a couple of familiar cut-throat bidders, the kind who would usually sell the games later online.

My friends bid and won some pretty cool games early on, so when it came to the Rattus boardgame, I was ready. The opening bid was S$30. I held back as almost instantly three other bidding paddles shot up, raising the bid to S$35. I was seated at the back row, which gave me an excellent view of the competition as they slowly pushed the price up to S$40. 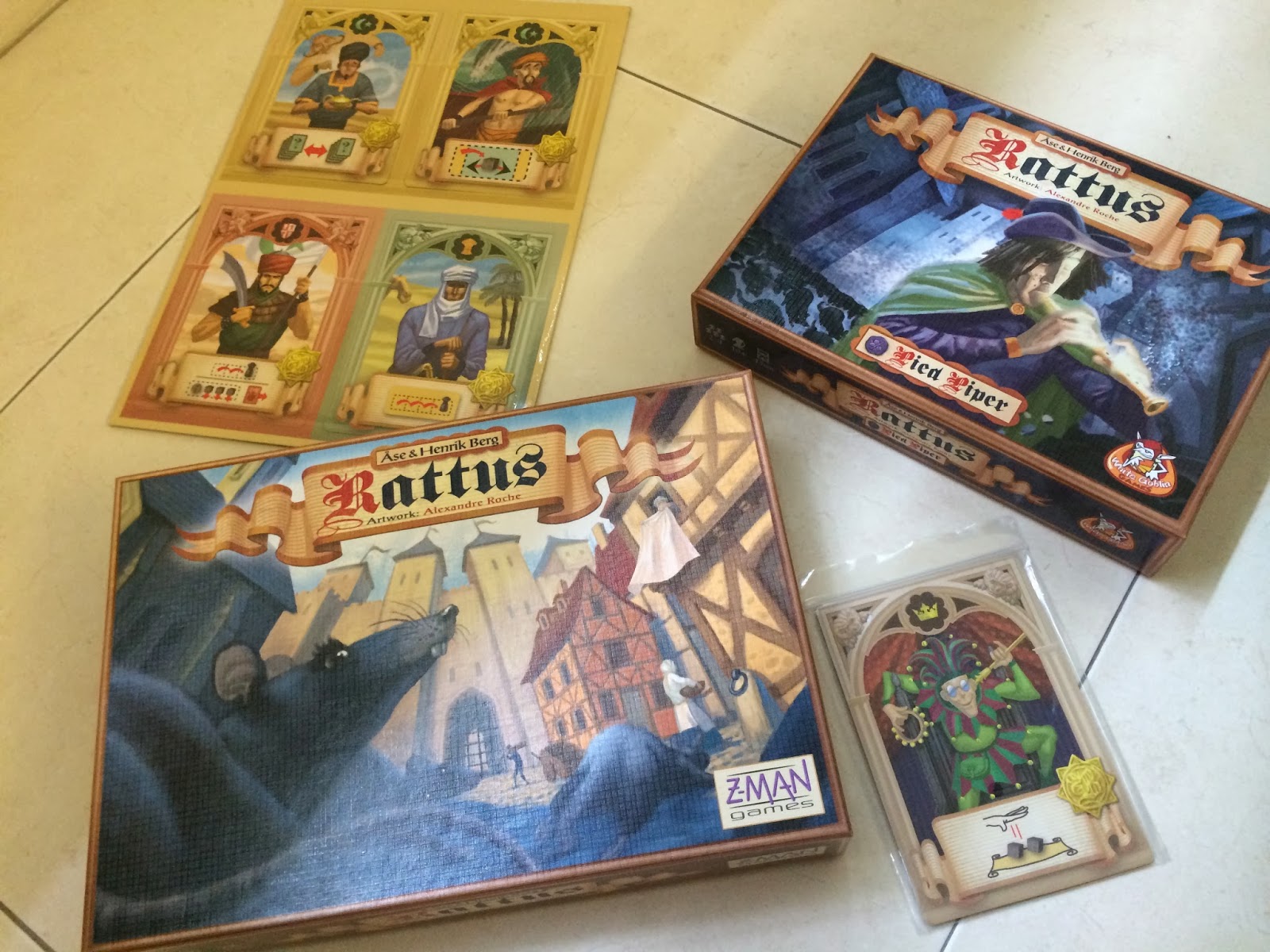 I guess all those hours of watching Storage Wars on cable paid off. I was tempted to do what they do on TV, which was to make your competitor over bid on stuff by constantly pushing the price of stuff he or she wants. You hope they blow their budget earlier and then not bid on stuff you want later. Of cos, you stand the risk of ending up with the item if they gave up sooner than you expect. 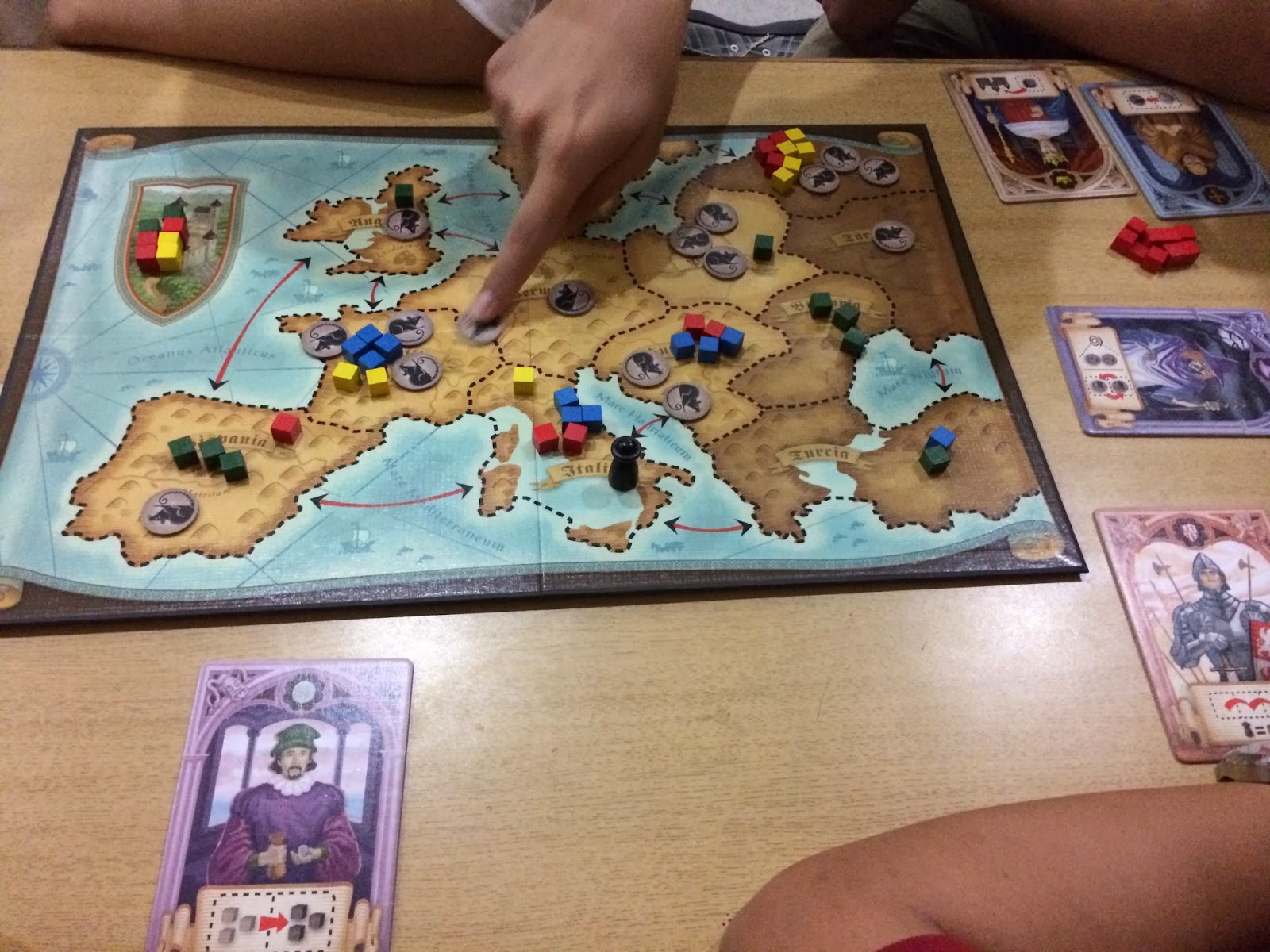 Anyway, we all played the game last night and everyone enjoyed it a lot! It's not a difficult game and only lasts about a half hour. We liked it so much we played it not twice, not even three times but four times. Didn't break out the Pied Piper expansion yet as it was our first time playing it. Definitely a fun game with lots of different possibilities and strategies.