Really fortunate that my friend dropped by my place several days ago to gift us two pairs of her popular frozen waffles as well as two tubs of ice-cream to go with it, from her shop. Been awhile since I been to Creamier so this was a most welcome treat during these apocalyptic times. No dire situation a generous serving of yummy waffles and ice-cream can't help alleviate. 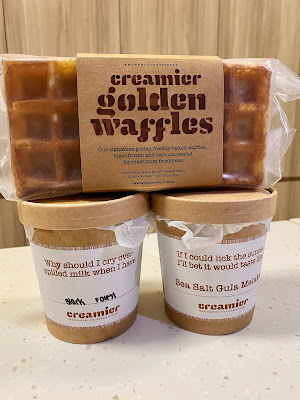 We toasted the waffles in our Japanese Bulmuda Toaster and although there is no degree setting on the toaster, it turned out golden perfect. Same setting as when we toast our morning breakfast bread as there's a setting for 'toast' and no aluminium foil needed. Absolutely delicious after dinner dessert and we are saving the final two for another day. Once they are available to the public again, we are definitely buying them. 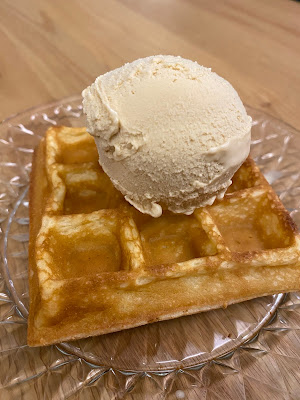 If you really bored and got a printer at home, you can check out some complete print and play games over at Asmodee's page. The games are all free and most are simpler versions of actual boardgames.

One of my favourite solo boardgames right now is Metro X, the Tokyo and Osaka edition. It's flip-and-write game based on the Tokyo or Osaka train systems in Japan, where you turn over card after card from a deck and depending on the number of the card revealed, you decide where to add stations on a special sheet of paper. However the number of times you can add stations to each line is limited and that makes this tiny little game a real brain burner. 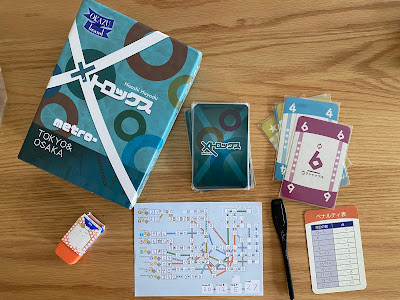 "In more detail, each player has their own sheet of paper, with all players using either the Tokyo or Osaka map. Each sheet shows an interwoven subway system, with the system consisting of many subway lines; each line has a name, a number of indicator boxes, a number of empty station boxes on the subway route, and two bonuses. On a turn, a player reveals the top indicator card from the deck of twenty cards, then each player individually and simultaneously chooses a subway line, then does something depending on which type of card is revealed. Once all the indicator boxes are filled, the game ends. In solo mode, you try to beat a certain high score."